10 Halloweeny Things to Do In Los Angeles This Month

Los Angeles: the city of glitz and glam, of celebrities and luxury, but how do they celebrate Halloween? With the most thematic and exciting events, of course!

You're bound to get the most quality during your Halloween festivities here in the land of Hollywood when it comes to acting and production. You probably will be star-studded if you get lucky enough! From festivals and superstar DJs to haunted hayrides and horror tours, LA is truly the destination for the spooky holiday season. Check out these ten festive activities you and your friends should check out! 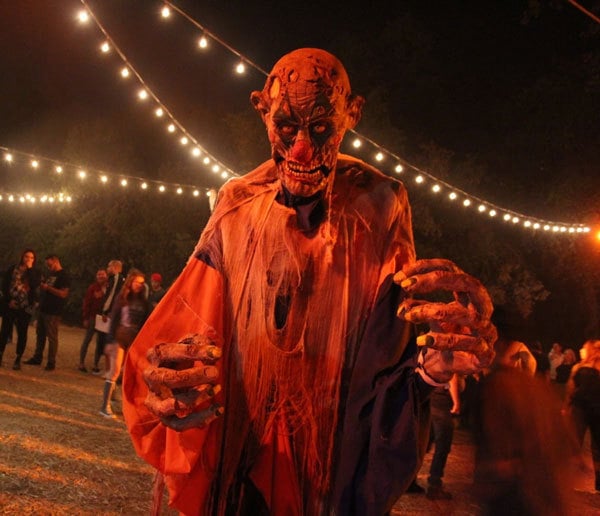 Perhaps the most popular and well-crafted Halloween activity in LA, the Haunted Hayride - with the theme of scary clowns this year - will not disappoint! You never know what's lurking in the shadows, waiting to prey on unsuspecting guests. With a hayride, a maze, and plenty of other spontaneous events such as music and dancing, you bet it will be a night full of terror.

Also, enjoy a snack from their full-on vegan menu with "saw-sages" and "candyman apples" - pure LA style! Open weekends and some additional days during the week - information here. 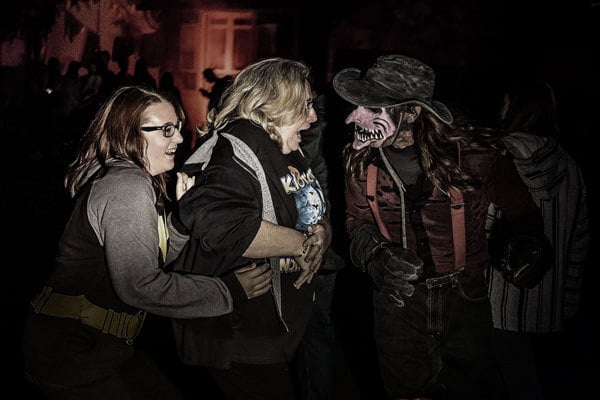 Knott's Berry Farm, an amusement park open year-round, gets in the Halloween spirit with all sorts of rides and spooky adventures for the whole family. Among the roller coasters, find yourself in a haunted maze or clown-themed ride that will be sure to make you jump.

The most exciting part is that the most famous scream queen, Elvira, performs her comedy show for the last time - not an attraction to miss! Open most days, details here. 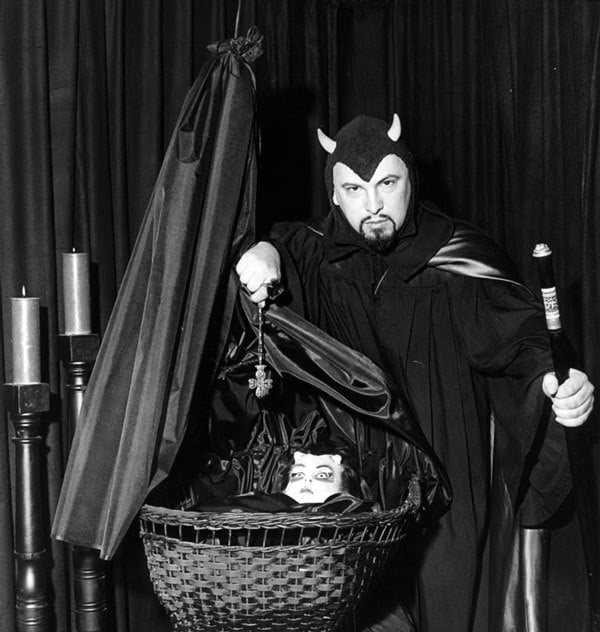 Our favorite LA gallery, Lethal Amounts (which appears in this list twice), never ceases to disappoint! On Halloween, the gallery will have the opening party for their Anton LaVey exhibition to celebrate the founder of the Church of Satan'sSatan's 20th death anniversary. Some of the speaking guests for the event will be the filmmaker Kenneth Anger, Howie Pyro of D-Generation, and artist Steven Leyba. Why not turn up dressed in line with the theme with our dark angel costumes.

The event has Twiggy Ramirez of Marilyn Manson fame and Matt Skiba of the punk band Alkaline Trio as the DJs. If the star-studded cast were not enough for you, you would get to see never before seen photos, art, and memorabilia of LaVey! It doesn't get more wicked than this! The details are here.

Paramount Studios Tales from the Other Side Tour 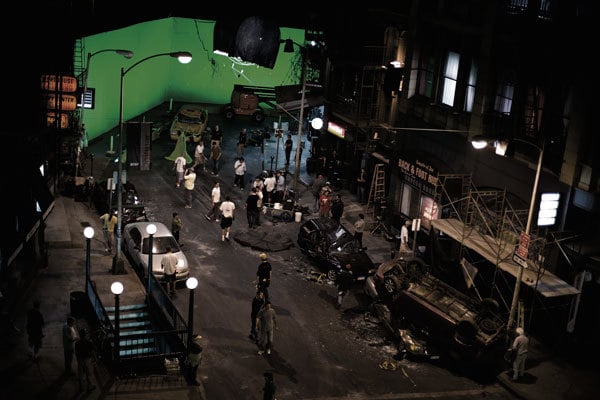 Take a two-and-a-half-hour walking tour of the Paramount Studios after dark to look at the uncanny, mysterious, and sometimes creepy movie sets and much more! Even though this after-dark tour is available year-round, the studio adds a bit of Halloween flair by including access to the infamous Hollywood Forever Cemetery.

With champagne and movie snacks, you'll have enough fuel to wander through the basements of film sets and see ephemera from some of your favorite movies, such as The Addams Family and Sweeny Todd. Go dressed in line with the theme with our spooky day of the dead costumes or zombie costumes to add the ''f'' in fear. Prices and information here. 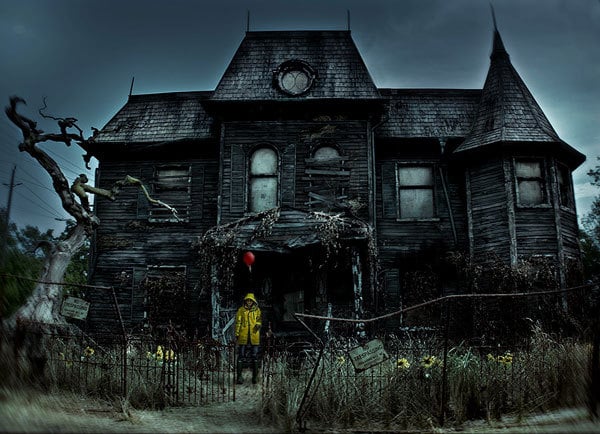 If you want even more Halloween movie fun, then the Warner Bros studio is where to look! With up-close looks at original props from some of the most frightening horror movies of our time to walkthroughs of Nightmare on Elm Street, the fright level will be right up there with any haunted house.

Most importantly, though, is the Neibolt House from the It movie. As a maze replica of the house from the movie, experience film-inspired rooms and be careful of what might be lurking in the corners! Tickets start at $69. 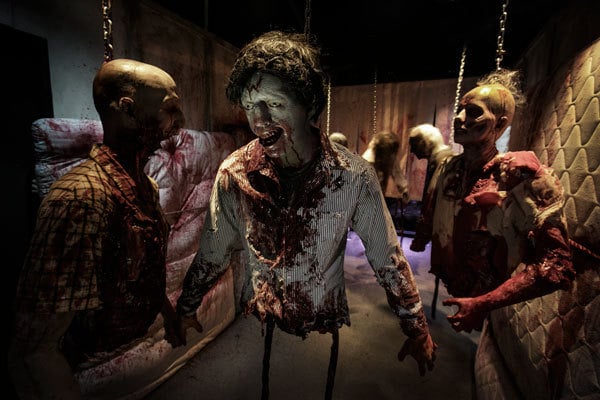 Still not reached your film studio quota yet? Need something a bit more frightening? HHN is for you. Quoted as bringing "together with the sickest minds in horror to immerse you in a living, breathing, three-dimensional world of terror," Universal is not joking around!

They have eight maze experiences, including The Shining, Saw, and The Walking Dead. Vampires, puppets, and crazies, oh my! Don'tDon't forget to catch the tram with Chucky as your guide, as well! Get a bit creative and go dressed up in horror movie costumes. More information here.

Drama After Dark, A Night of the Macabre with Poe and Gorey 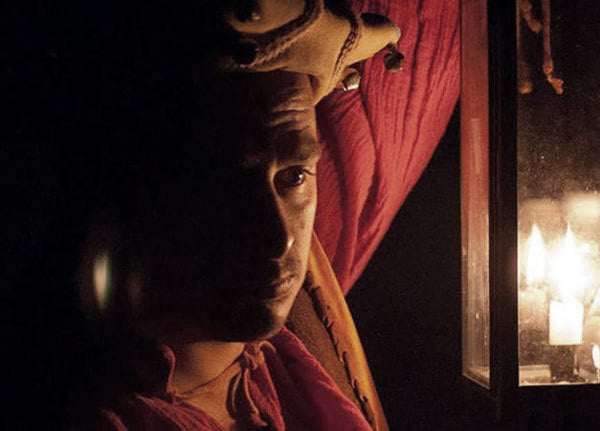 If you're much more into being frightened from more spiritual beings than a creature popping out at you, this will be much more your speed. The Huntington Library has put together this unique program of Poe and Gorey'sGorey's haunting tales present Tell-Taleors, enacted on moonlit grounds.

Expect classics such as "The Tell-Tale Heart" and "The Gashlycrumb Tinies" to be performed. Tickets and information are here for Saturday, October 28th. 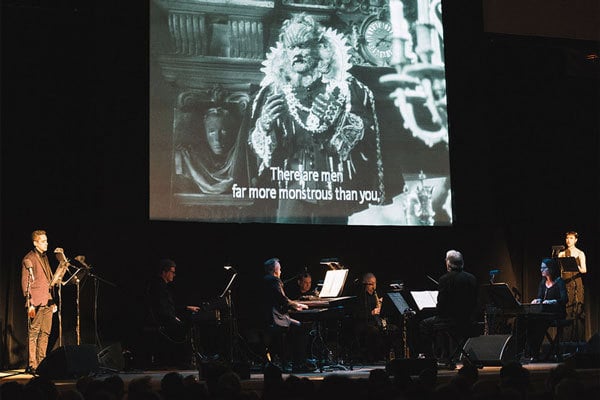 For the theatrical and the romantics this Halloween, the LA Opera will be showing La Belle et la Bete at the Ace Hotel. What'sWhat's unique about this particular viewing is that Jean Cocteau'sCocteau's 1946 movie will accompany a new soundtrack composed by Philip Glass.

Live singers perform in time to the movie as it's shown. On Halloween night, there's a costume contest and after-party. It is showing for two nights only. 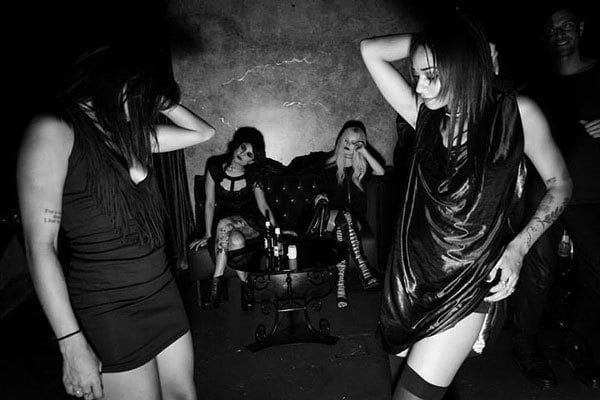 If you're in the know, you know about the infamous club Cloak & Dagger. With its members-only policies and strict dress codes, you best believe the festival will be held at the same level of exclusivity.

Held the weekend before Halloween, the festival will feature some of music's darkest heroes, including KMFDM, The Jesus and Mary Chain, She Wants Revenge, Cold Cave, TR/ST, and so many more. Be sure to wear only black, though, to guarantee entry. The festival lasts two days with VIP packages - information here. 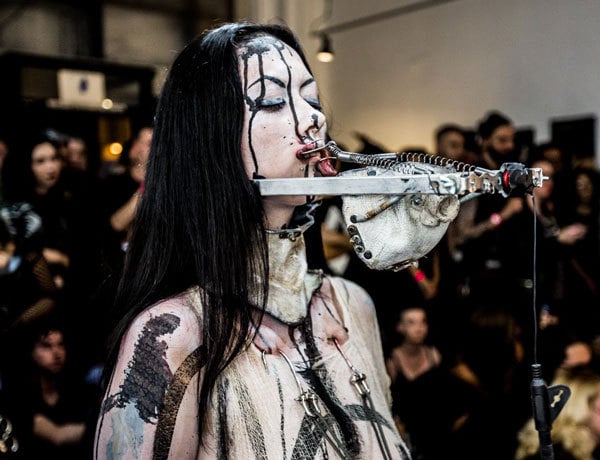 Not only do Lethal Amounts have the most border-crossing exhibits, but they also throw insane parties! Electro-clash queen Miss Kittin will hit the decks alongside the club kid DJ Keoki and Michael Alig, the club kid king turned to murder, made famous by Macaulay Culkin in Party Monster. Go ahead and try to match up to the terrifying nature of the event with monster costumes.

Expect the most outrageous and creative outfits, the best drag looks, and the hippest crowd you'll find in LA. Get your most colorful latex and glitter and party with the best of them on Friday the 27th.