10 Things Not To Say Or Do to A Tattooed Person 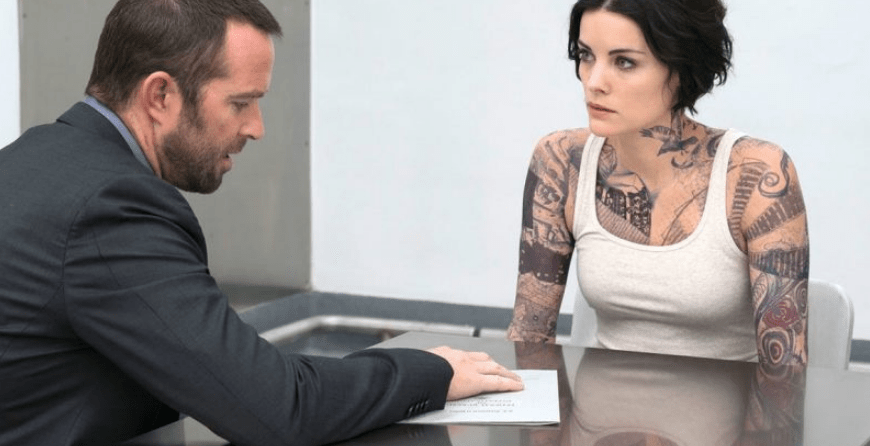 Tattoos are gaining popularity throughout the world. Though they’re becoming more accepted in everyday society, that doesn’t mean that there aren’t situations that call for a little more etiquette when dealing with a tattooed person. Remember, just because they’re tattooed doesn’t throw all of your common courtesy out the window.

10 things you shouldn’t do or say to a tattooed person are:

Just like pregnant bellies, tattoos aren’t an invitation to touch without asking. Chances are, you wouldn’t touch some random passerby because their hair color is amazing, and the same rules of etiquette apply to tattooed people. Look, but don’t touch, you weren’t raised in a barn (unless you were.), so act with a little decorum before laying hands on those pretty pictures that captured your imagination.

Ask them if it’s real.

Stick-on or water-activated tattoos have come a long way since childhood, but you can still tell a fake from the real thing in most cases. While it may seem like an innocent enough question, people with tattoos earn them through hours of discomfort, and asking them if they’re real can be a slap in the face.

Ask them if it hurt.

No, they were licked on by baby unicorns. Yes! Tattoos hurt. Depending on the pain threshold of the person who wears the tattoos, the location of the tattoo, and how heavy-handed the artist was, there is at least some pain involved in getting that beautiful portrait you see on that arm.

If you’re asking because you’re considering getting your own tattoo, the best thing to consider is how well you deal with cat scratches and healing sunburns. If you cannot cope with either of these, tattoos are probably not the best idea for you. But, at the end of the day, tattoos are beloved adornments for those who wear them.

Ask them if a certain part of the body will hurt to get tattooed.

All of them, every last one of them will hurt to some degree. The trench of the arm, the ribs, and the feet are notorious for hurting. It depends on the person’s personal threshold. While one person may be in excruciating pain while getting their spine tattooed, another may curl up for a well-deserved nap while getting tattooed.

The pain of a tattoo is extremely personal and varies from person to person. Just because they have a tattoo doesn’t mean they’re qualified to give you information on anything but personal experience. This is a question you should hold out on asking until you’re talking with a tattoo artist.

What does it mean?

Tattoo meanings are usually deeply personal. Whether it is an inside joke, a memorial tattoo, or a tribute to a lifelong journey the person has taken in their life. If you’re already in a deep dialog with a tattooed person about life, asking what their tattoos mean is absolutely okay, but as a passing question, it’s best to think twice about opening that can of worms.

Push to show your tattoos when not asked.

If you are talking to another person about their tattoos in line at the supermarket, chances are, they have places to be after they’re done shopping. Just because you’ve asked them about their life story and their tattoos doesn’t give you the right to force your own on them.

Yes, the tattoo community appreciates and loves ink in most forms, but if the person is busy or hasn’t asked about your own tattoos, don’t assume that they care about seeing yours too.

Don’t ask how much it will cost you to get a tattoo done by another patron.

Tattoo pricing is subjective to what you’re getting tattooed, the placement, and the artist. A lot has been said regarding tattoo artists setting their rates based on their clients' behavior and whether or not the design “speaks” to them.

Chances are, if you’re asking a regular tattoo artist what they’re paying for their ink, you’re not going to get the same rate. Many tattoo artists will work with their regulars on some level with pricing since they know they’ll be coming back for more.

Build a rapport with the artist of your choice and work with them on the pricing, not their clients.

You wouldn’t ask a stranger to moon you in public; at least, most of you wouldn’t. So, why would you ask someone to show you private tattoos? If they offer, feel free to accept or decline at your leisure, but don’t ask to see more intimate tattoos.

Accuse a person of not holding a job.

Doctors, EMTs, firemen, police officers, office workers, and retailers have one thing in common, they work. There is a huge handful of one of these professions that have professionals with tattoos. Whether or not you have tattoos holds absolutely no ground on whether or not the person is a hard worker. That characteristic comes from within.

Remember, most of these people spend a hefty amount on their tattoos, which means they spend more on their appearance than you would on your wardrobe in a month. Typically speaking, most tattooed people are employed and will work their tails off to ensure that they have enough to support their families and their artistic hobby.

Don’t ask about how they’ll feel about their tattoos when they’re 80.

All skin sags when you’re 80, you may as well add a little color. Just because someone has made a decision you disagree with doesn’t mean that you have to ask if they’ll regret it. You wouldn’t ask a non-tattooed person if they’ll regret how they look when they’re 80, don’t do it to someone with ink. It’s impolite and offensive.

Tattooed people are tired of dealing with such questions. Some find them offensive, while others want to go through their lives without answering the same questions every day. Respect people's choices whether you agree with them or not. Whether you see someone rocking tattoo fashion clothing or has too many tattoos to count, appreciate their love for ink.