Some people hate us and the words we use, but that doesn't get us down because we're millennials. We are the generation hell-bent on changing the world, even if that means changing the lingo. We are fast-paced and we like to make ourselves laugh along with those around us, so why wouldn't we change up some age old words?

Sure, some people don't get it, but we do. And knowing these words and terms is kind of similar to being in an exclusive club that you can't be in if you were born before the 80's. We change, shorten, and create words to suit our ever-evolving needs, and even though some generations may not agree with all the shit we do or say, we live our lives for ourselves and our own happiness. Here are some of those great words we've come up with in our short lives. 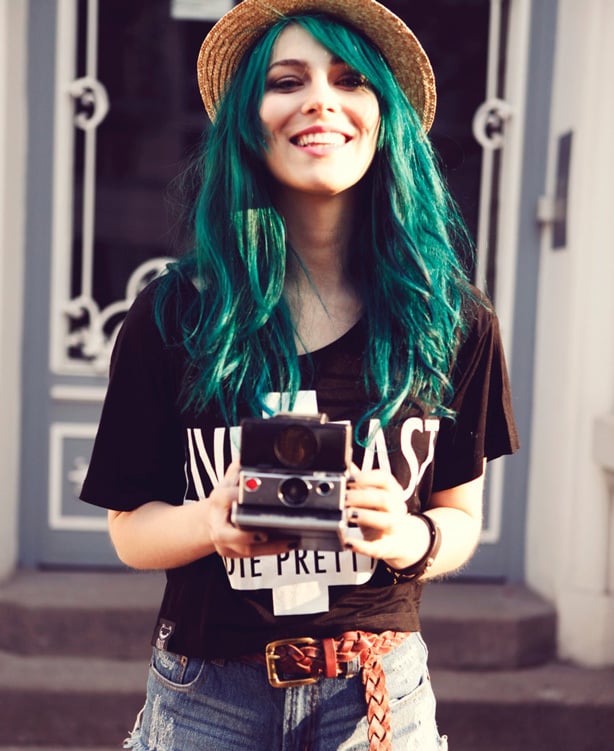 My bae, your bae, you are bae. Bae is a pretty controversial millennial word that even some of us millennials hate, but it's still in use. Bae is used to refer to a significant other or good friend to show your infatuation with someone. Everyone wants a #bae, especially because that means you can steal your bae's sweatshirts. Whether you use it ironically or not, bae is fun.

You will normally hear the term "On fleek" when someone is referring to eyebrows. Millennials realize the importance of a good eyebrow, and you want your eyebrows to be amazing or on fleek. If you're ever told something of yours is on fleek, feel honored because it pretty much means that you have obtained perfection. Another way to say on fleek is with the term 'on point', and both are an honor to get as a compliment. 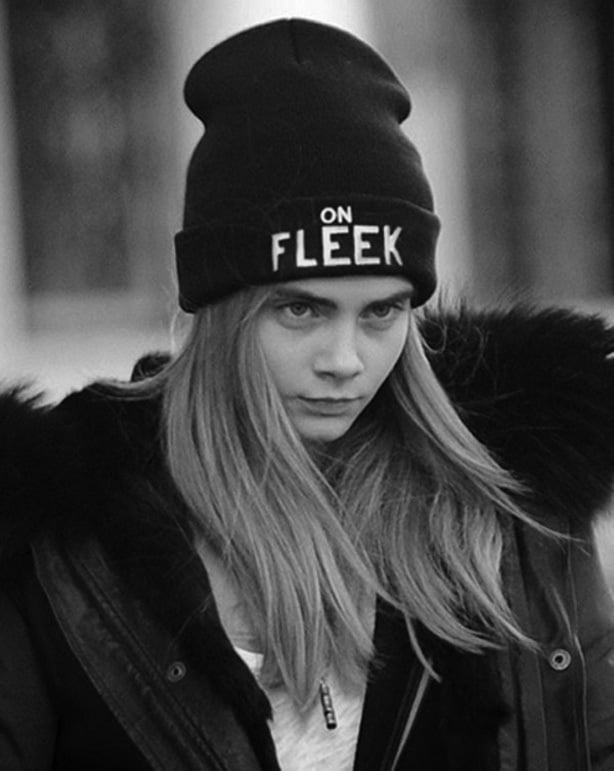 No this isn't the shade like in makeup. Throwing shade is a big deal for millennials, and it basically means that you are low-key trying to insult someone. You aren't saying something blatant like "I hate my ex," but something more along the lines of "Well my ex has never had a successful or fulfilling relationship, so obviously there was a greater issue than just me." It's a way of definitely insulting someone, but insulting them in a classy way.

After you throw shade you sip your tea. Sipping tea is an expression to say "But that's none of my business." You might say something like "Oh he can buy a new iPhone but he can't pay his rent #sipmytea." Along with sipping tea is spilling the tea, which means you went all in and totally put someone in their place. An example of spilling tea was when Kim Kardashian called out Taylor Swift on Snapchcat.

Basic means exactly what you think; that you're boring and you like basic things. Classified as basic things are PSL's, Uggs, and boring leggings (here are some not-so-basic leggings). Sometimes you might spill tea on a basic bitch, and being basic is definitely not a good thing.

Not like slaying dragons, but slaying the style game. When you're slaying something it means you're killing it or doing a great job. You are being the best of the best, and are thus slaying the game whether it be at a music festival or at home on the couch. No one can compete with you because you're obviously number one.

This is like yes, but better. When you hear YAAAAS it means you're slaying, or that you agree with someone a lot. Yaaassss started when a boy went to see Lady Gaga and was blown away by her beauty, and could only say yaaaas. Since that video, the term has taken off, and now yaaas is used to show exited agreement; "Want to get nachos?" "Yaaaaassss!"

Turnt is when you are going all out and pretty much getting fucked up. Normally it refers to parties, and can be used ironically or unironically: "Studying for midterms on a Friday night #turnt." It means that you're going crazy that night, or day, and normally that you plan on not being able to remember your night the next morning.

You normally get snatched when you are going out for the night. Getting snatched is going all out when it comes to makeup and clothes, and making sure you look your finest. Being snatched just means that you look amazing, and can refer to your body, outfit, or face.

If someone ever tells you you're goals AF you should be super complimented. Goals means that you are that person's goal, either physically or mentally, and AF simply means as fuck. For example Morticia and Gomez Addams are my relationship goals AF. 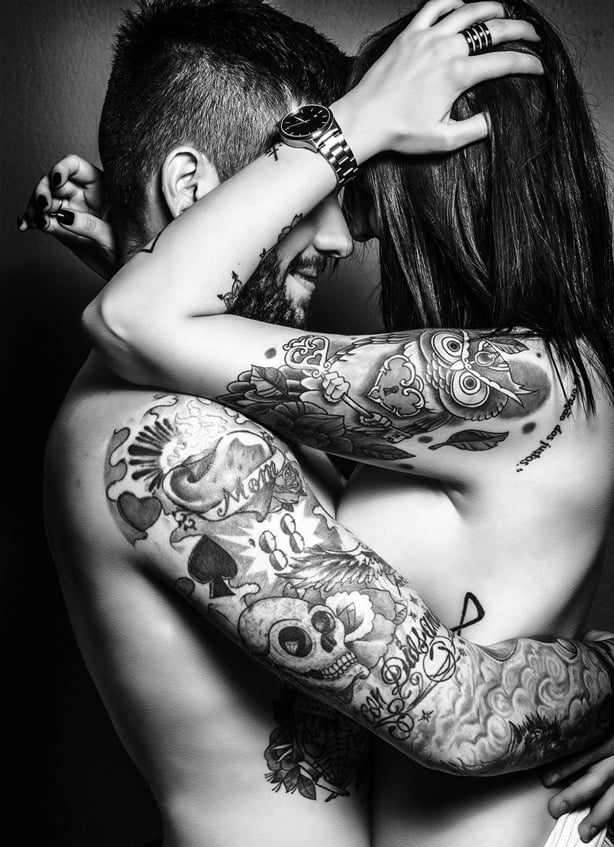 Thirsty doesn't mean you need something to drink, but more that you're thirsting for someone or something. You may be thirsty for Instagram likes or for some guy/girl's attention, but either way, you want it and we all know. Being thirsty also means that you're being super obvious with your thirst, and that isn't a good look.

12. Stay in your lane or Swerve

No, these aren't just terms to use when driving around! When someone tells you to stay in your lane it means you have overstepped some boundaries that have been set. Stay in your lane pretty much means stay in your business and out of the way, because you are too far over the line. 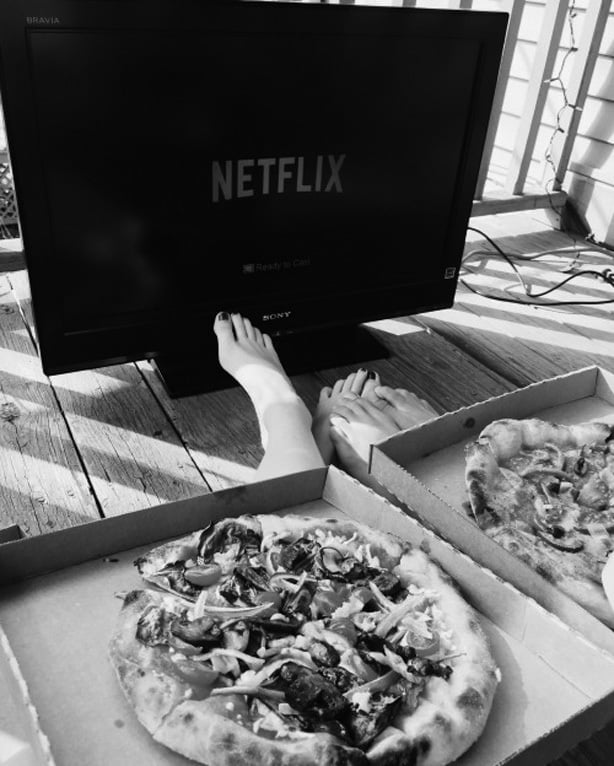 When you're ratchet, you're a mess and everyone knows it. Anyone ratchet normally lacks a sense of class, but it could also just be a term to share the fact that you don't like someone. Some people love being ratchet, though, and wear the title with pride. Either way, ratchet generally isn't a good thing to call or be called.

Hunty is a word that started in the drag queen universe, and was quickly adopted by millennials. Hunty is a name to call someone when they are throwing shade and you want them to know that you know. If someone has a cute shirt but won't tell you where it's from, you would say something like "Okay, I see you, hunty."

When you see a bunch of comments underneath a picture of a sleepy koala that simply say "me" it just means that all of those people identify with the sleepy koala. Maybe they're tired, maybe they're cute, or maybe they relate to the entire koala species, but either way they are simply relating. It's actually really awesome that one word could be understood by a whole generation, and brings comradery to the millennial generation like grunge did in the past.

FOH is a newer term that has surfaced recently, and simply means "Fuck outta here." It's short, sweet, and to the point. It can be a little bit difficult to decipher at first, but once you get the meaning it has limitless applications!

OTP stands for One True Pairing, and is used when millennials want two people to get together. Your OTP can be celebrities, fictional characters, or even just your two best friends who you think would be great together.

Do you know any millennial slang? Did I miss a word you use all the time?

Let me know in the comments!

The New Rules Of Style, According To Generation Z