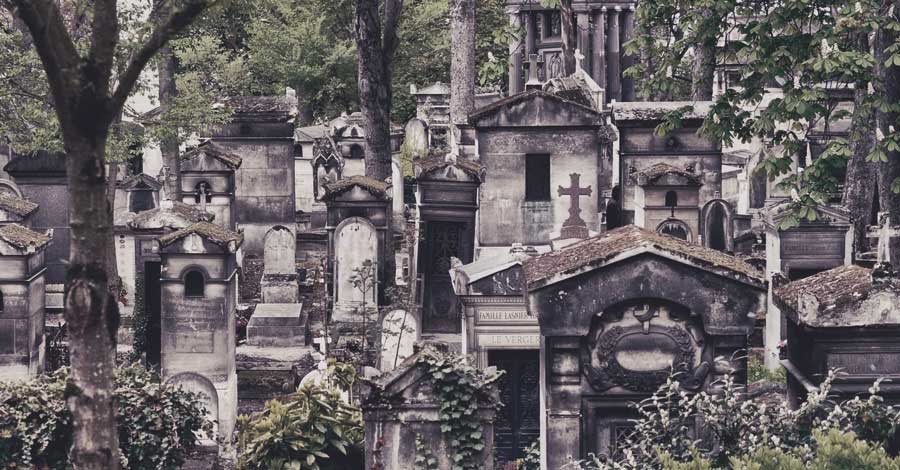 Not everyone wants to go to the beach for vacation—for some of us, frying under the sun around a crowd of people isn’t the idea of relaxation. But a stroll around a heavily shaded cemetery with a loved one—or, simply, alone to reflect—is exactly what a holiday should consist of, in my view!

The great thing about cemeteries are that you can find one almost anywhere you go and it'll be full of treasures: tombstones, sculptures, mausoleums, and local folklore. But if you’re looking for a “destination” cemetery, there are a few you absolutely should put on your list—some are more glamorous than others, some are beautiful in their decay and hold a deep history (vampires and ghosts!) and scenic winding pathways to discover.

Some of these may seem obvious—but if not, why not make a whole vacation around it since they are located in cities rich with many other things to do? If you love to visit weird or unusual desitinations, check out some of our favorite and must-visit cemetaries below! 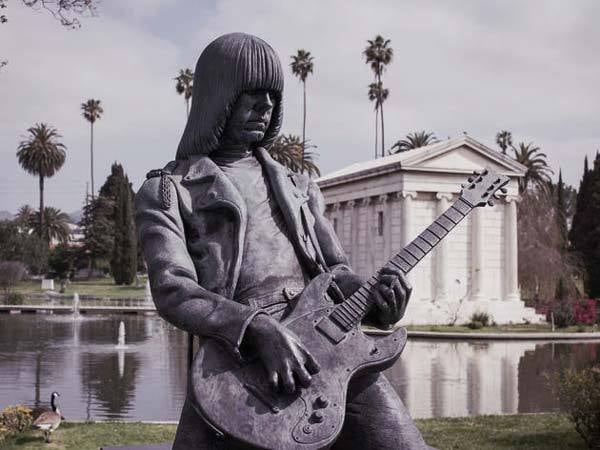 This star-studded cemetery founded in 1899 boasts some of the most important final resting places of celebrities and musicians in all of the US in cinema and music. With its beautiful, peaceful atmosphere full of roaming cats and peacocks and its palm tree-lined pathways, it would be easy to spend a day here. Movies are shown on the Fairbanks Lawn alongside other activities, making an evening viewing perfectly spooky. 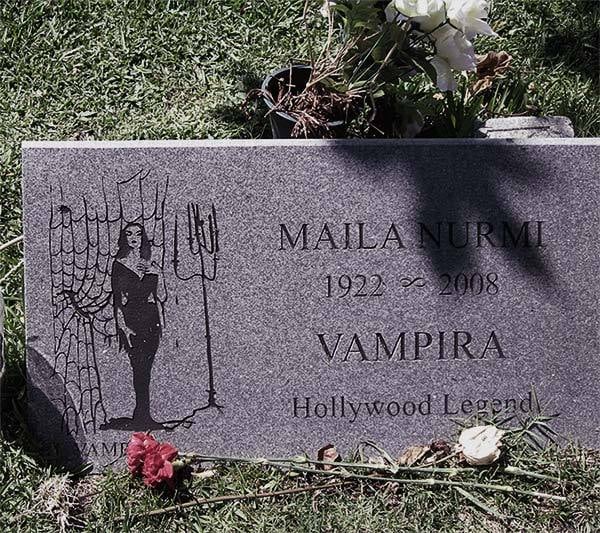 Though there are way too many iconic celebrities to list, a few special ones are Dee Dee and Johnny Ramone, Rozz Williams of Christian Death and Maila Nurmi (Vampira). Be sure to bring a goth gift for Vampira's grave and kiss her headstone with your black lipstick. 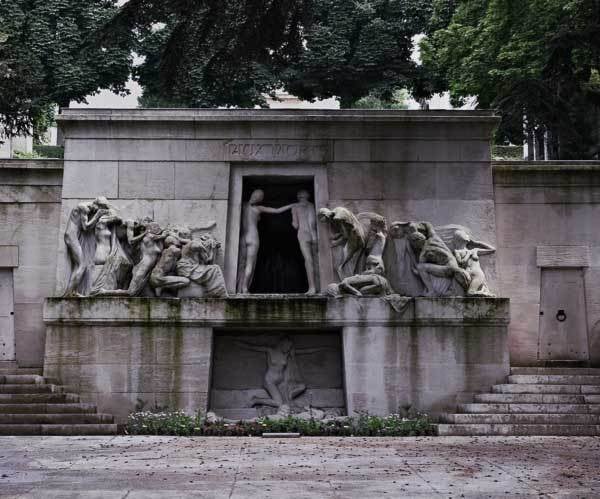 As the largest cemetery in Paris, the Père Lachaise is the most visitied cemetery in the world and rightly so. It was established in 1804 by Napoleon and now holds over 1 million bodies. There's no limit to the discoveries you can find by exploring the old cobblestone pathways. 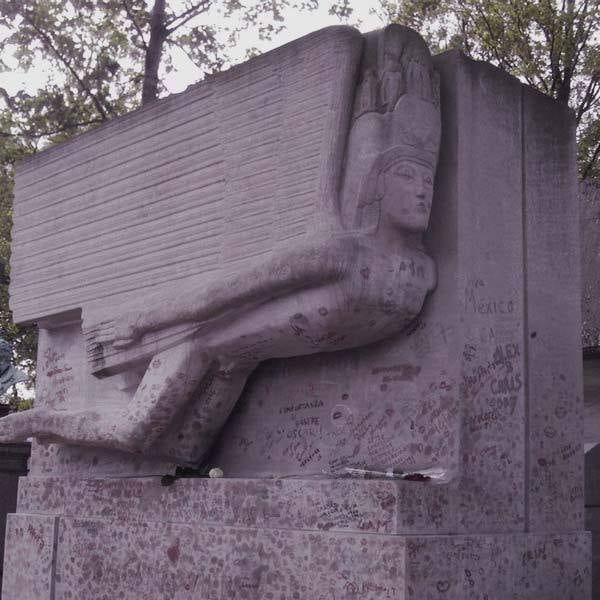 Some of the more famous people buried here are the writer Oscar Wilde and Jim Morrison of the Doors. The above picture is Wilde's grave, a stunning monument also covered in lipstick kisses. 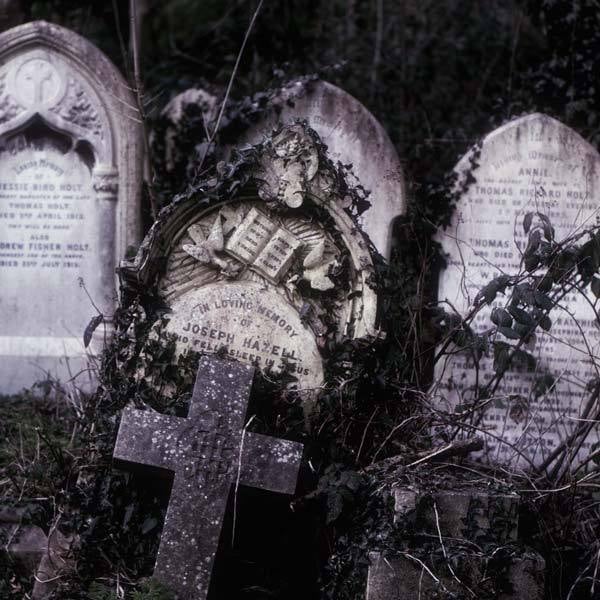 Located at the tippy top of London, Highgate is one of the most lush and green cemeteries you'll find. With its wild moss and ivy swallowing the gravestones and dirt passageways, it's easy to roam through its winding hills and get lost for a while. Established in 1839, its beauty is in the decay and "untouched" atmosphere of it all. 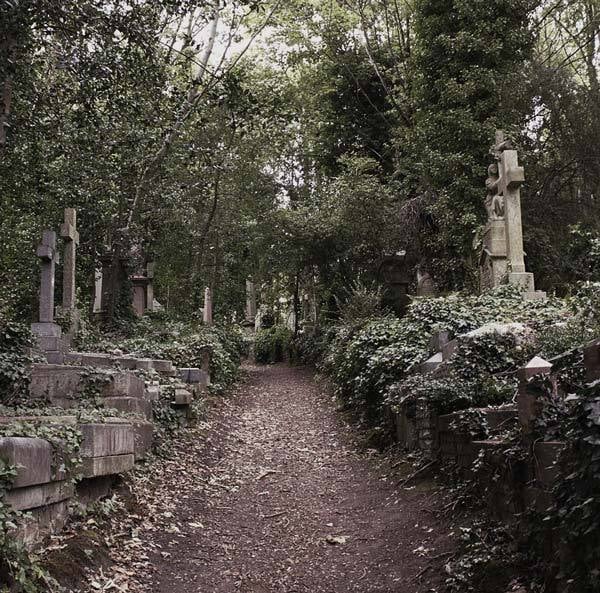 Highgate holds an occult past, with rumors of vampires in the 1970s. Some of the famous people buried there are Malcolm McClaren (of Vivienne Westwood and Sex Pistols fame) and Karl Marx. 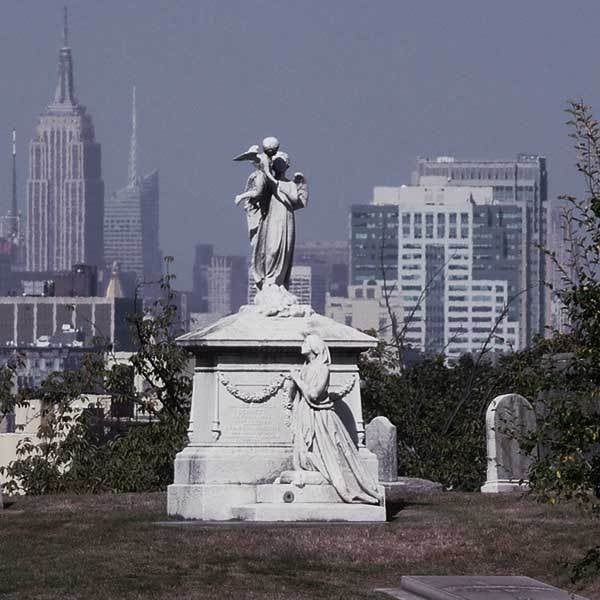 Stuff Nobody Cares About

Founded in 1838, Green-Wood's design was inspired by the Père Lachaise Cemetery in Paris. Located at one of the highest spots in Brooklyn, you can see Manhattan's skyline through the gravestones, an uncrowded view to appreciate both the skyscrapers and the Statue of Liberty as well as the monuments to the dead. 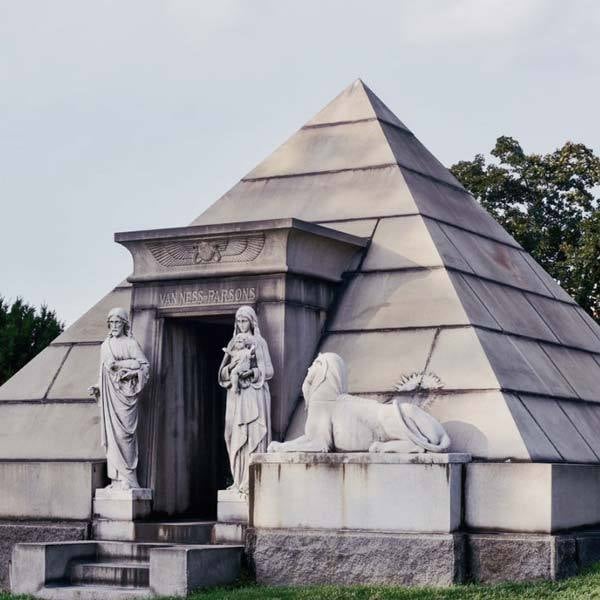 Buried here is the artist Jean-Michel Basquiat and many others (especially if there are Civil War buffs in your family). 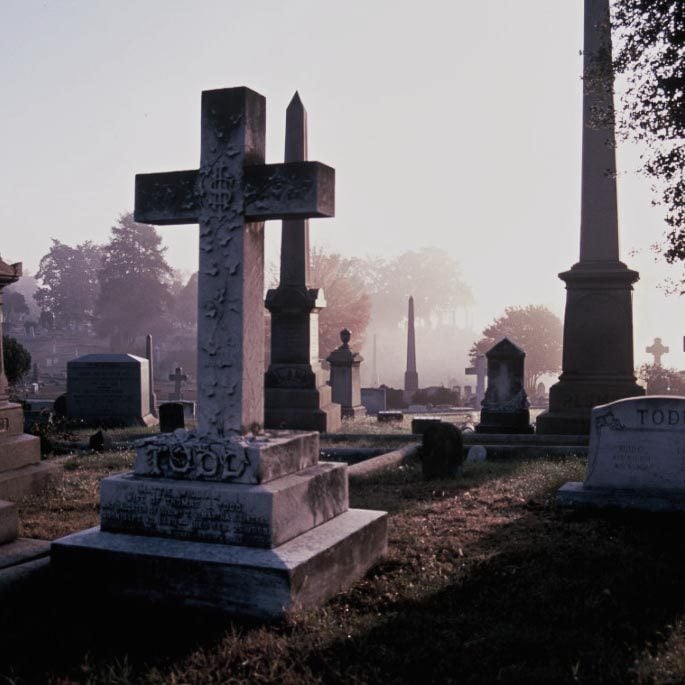 Virginia Is For Lovers

Perhaps not one of the most famous cemteries in the US - but just as wonderful - is Hollywood Cemetery (not to be confused with Hollywood Forever) was named after the holly trees that lined the location. Designed in 1847, Hollywood's design is from the gothic aesthetic of the time. With its winding pathways and view over the James River, it is a great place to visit if would rather not visit a large city. 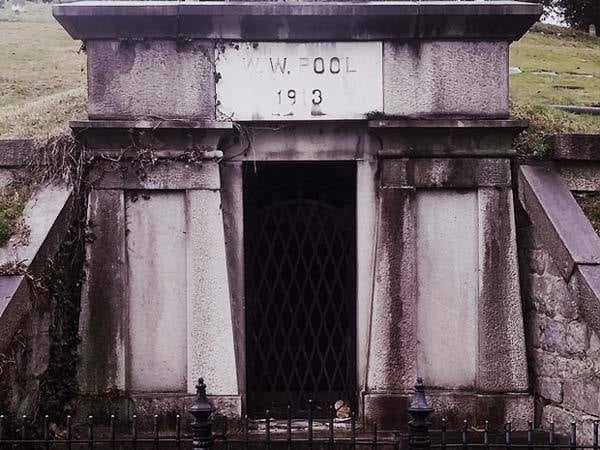 The most interesting aspect of Hollywood Cemetery is its haunted folklore. With tales of vampires such as W.W. Pool aka the Richmond Vampire (whose mausoleum is pictured above) to the ghosts that haunt the gravestones.