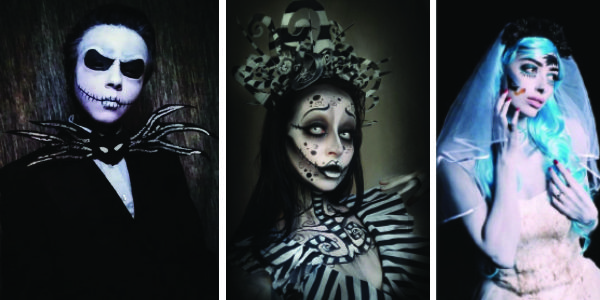 Halloween is a fantastic time of year. There is candy everywhere, the weather is crisp and cool, and the whole world embraces the goth movement for an entire month.

Choosing a costume is one of the best parts of celebrating Halloween, but there are so many fantastic options it can feel impossible to choose just one. You want something unique, but not so unique that nobody knows what you are, and obviously, it has to be suitably gothic. How do you choose?

A Tim Burton character is a perfect choice, but there will probably be at least two other people dressed as Beetlejuice at any party and at least one other couple dressed as Jack and Sally no matter where you go this year.  Luckily there is still a wide variety of other characters to choose from for a properly Burtonesque Halloween, whether you are celebrating solo or trick-or-treating as a group. 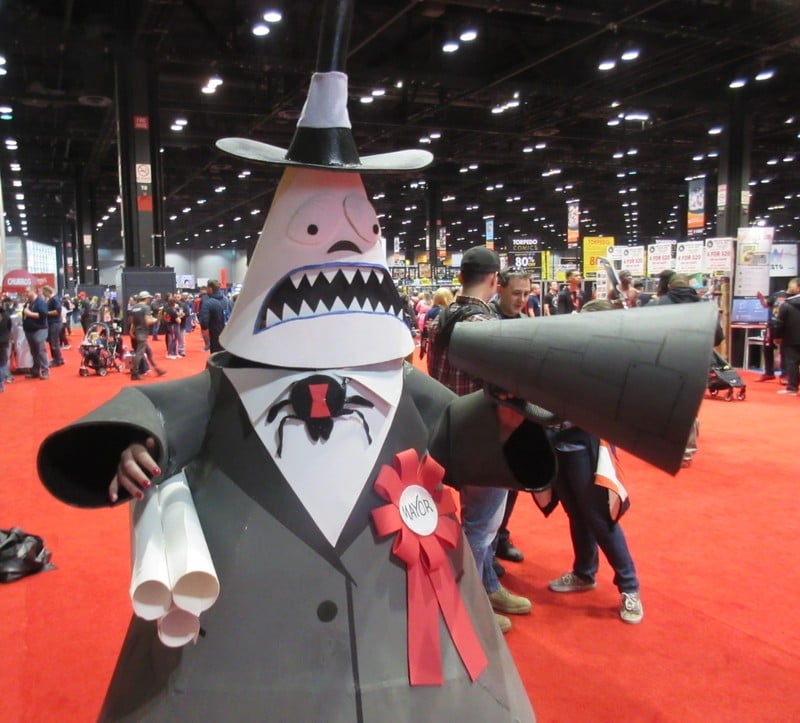 So if not Beetlejuice, who? If you choose a solo costume, several options still scream Burton without defaulting to the most common choice.

Tim Burton and Johnny Depp might be the closest thing to true soul mates our world has ever known, and Johnny Depp's characters are always visually stunning. Depp's take on Willy Wonka is immediately identifiable, mildly creepy, and perfect for anyone who is looking for a costume that screams, "I love chocolate and attempting to murder naughty children." You may think he looks like a clown from the pale face make-up and the eccentric clothes.

This one is almost always seen paired with Victor as a couple's costume, but that has been overdone. A Corpse Bride on her own, just hanging out and being creepy at a party without a man? The epic choice is eerily similar to the day of the dead costumes.

From his triangular shape to his distinctive, two-faced make-up, this costume will make you a contender in the best costume contest at the party this year.

This one is perfect for people looking for a Tim Burton twist on a traditional Halloween tale. Ichabod Crane is all about the accessories, including a pumpkin-head under your arm and a brood-worthy cape.

Violet Beauregarde's mother is a perfect costume choice this year. A blue tracksuit, some bubblegum, a mom haircut, and a container of blueberries will make you instantly recognizable to everyone at the party.

A dark suit, slicked-back hair, and grey cake make-up can turn you into Tim Burton's take on Ed Wood this year. While this one might not be as obvious as others on this list, this is a classic and should be considered by anyone looking for a slightly different costume this year. 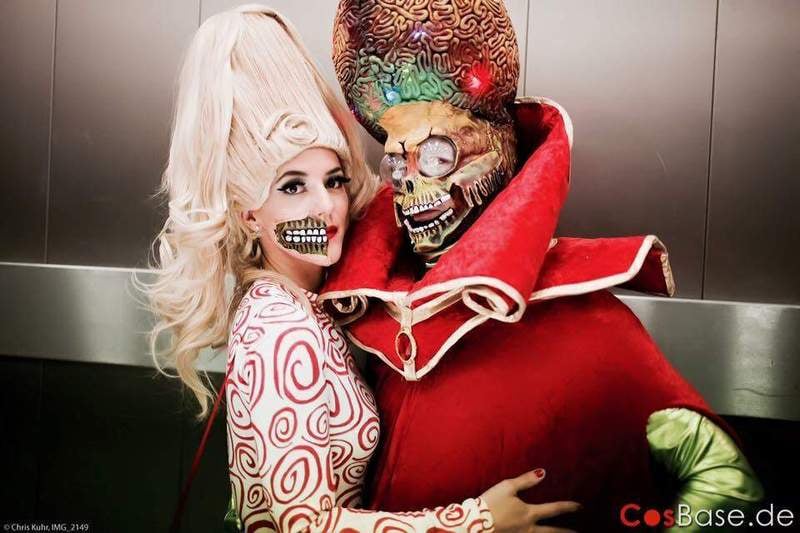 Leave Sally and Jack on the shelf this year and choose a couple's costume that will be as surprising as it is delightful.

These ambitious murderers have easily identifiable costumes, as well as a bonus of getting to munch on meat pies throughout the evening. If you want to go big, use red glitter to make a show of "slitting" someone's throat – do it outside, so you don't make a massive mess in your friend's house. Get more inspiration with our selection of bad guys with gangster costumes.

Catwoman and The Penguin

Go ahead and choose costumes from Batman Returns, but leave Batman at home and choose the villains instead. Michelle Pfeiffer's Catwoman costume screams sexy, so if you are looking for a sultry costume, this is an excellent choice.

The Penguin is a perfect matching costume for a heterosexual couple, while a Catwoman/Selina Kyle pairing would be fantastic for a lesbian couple's costume. Two men could go as Penguin and Commissioner Gordon for a fun, sexy take on supporting characters from the Batman universe. If you are interested in doing a deep dive into the world of evildoers, then check out villain costumes.

Are you one of those couples who love to spend lots of time and money on amazingly detailed costumes? Then the aliens from Mars Attacks! are the perfect costume choice for you. Nobody will be able to top your costumes, and this movie is the perfect choice to inspire your costumes – it is old enough that it won't be among the most popular costumes this year. Yet, the aliens are such classic characters everyone will immediately know who you dressed up as this year.

If you have to go with classic costumes, this is the way to do it.  While everyone else at the party is Beetlejuice with Lydia Deetz in her red wedding dress, you and your significant other can be dressed as Tim Burton's other star-crossed lovers. 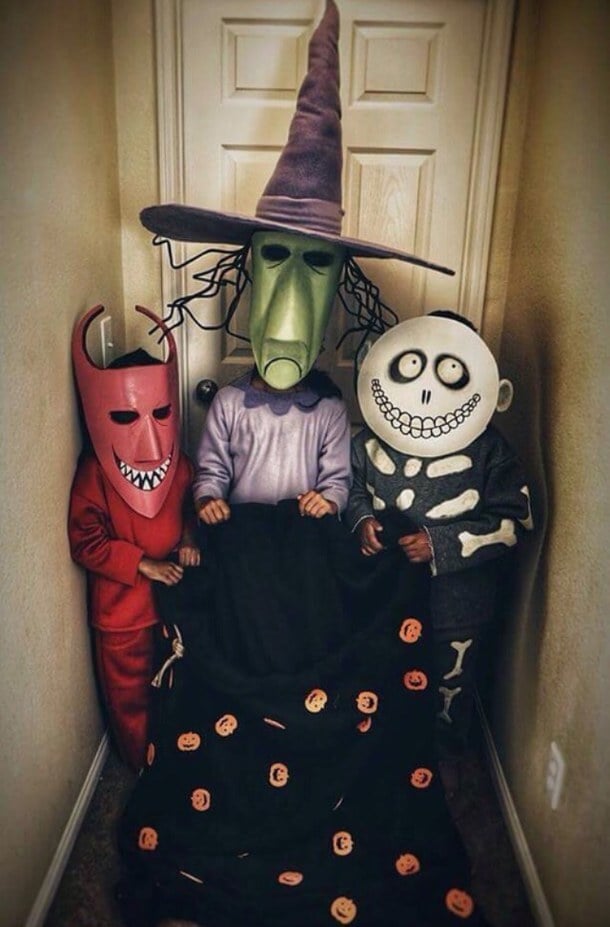 Are you looking for a costume that works for your group of friends? Tim Burton movies are an excellent source of group costume ideas. You and your friends can choose from bizarre, hilarious, and iconic Burton characters to choose from this Halloween.

If there are three of you, you can't go wrong with Lock, Shock, and Barrel from The Nightmare Before Christmas. If you want to get complex, you can even create a cardboard bathtub to tie the costumes together. If you have a dog joining you for Halloween this year, they will make an excellent Zero!

Whether you have one person dressed as Miss Peregrine surrounded by the kids or just a group of peculiar children, this is an excellent choice for a group costume. This allows for a variety of costumes for every gender, so everyone in your group can have an awesome costume this year. Enjoy our selection of spooky attire with monster costumes that are pretty peculiar themselves.

This is an essentially endless group costume. Starting with Pee-Wee and his classic grey suit and red bow tie, you can add a never-ending cavalcade of costumes, from Large Marge to Dottie. There is the fortune teller, all the cowboys in San Antonio, and even many BMX riders. If you've got a creative group member, they can even dress up as Pee-Wee's beloved bicycle.

Take a look at your DVD collection to help you choose the perfect costume this year.

Which Tim Burton character is your favorite?