Halloween is one of the few times a year that women can be unabashedly sexy without worrying about the neighbors’ thoughts. Costume designers know this and have created an entire genre of unnecessarily risqué costumes for women looking to add a seductive flair to their outfits.

It has become such a trend that many people have made a game of finding the least appropriate sexy costume. A few years ago, sexy Big Bird and Oscar the Grouch was available on store shelves. This year the costume that seems to have triggered the most backlash has been the sexy Handmaid's Tale outfit, completely missing the point of the show and novel the costumes were modeled after! 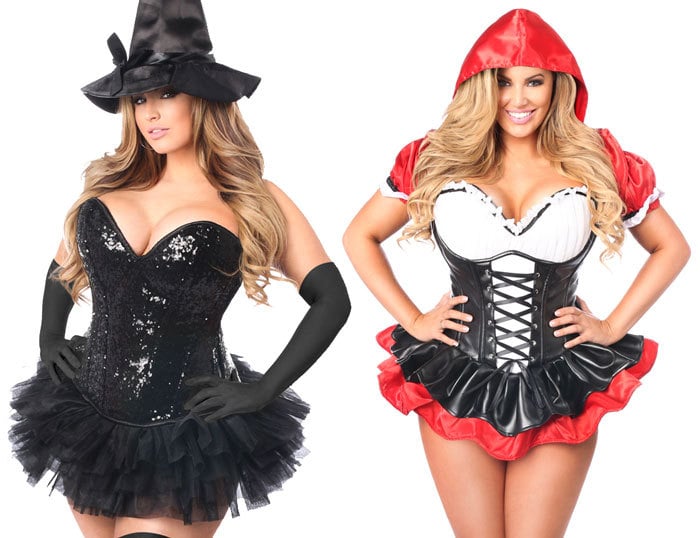 The best part about adding a corset to your Halloween costume? Being a part of your regular wardrobe for the rest of the year! A corset under a crisp, white button-up can add a seductive feel to a boring day-to-day outfit. In contrast, a corset discreetly placed under a blazer or suit jacket can leave you feeling empowered at even the most intimidating board meeting.

If you are looking for a few corset costume ideas, you might consider a few of the following:

Classic Costumes - With a Corset! 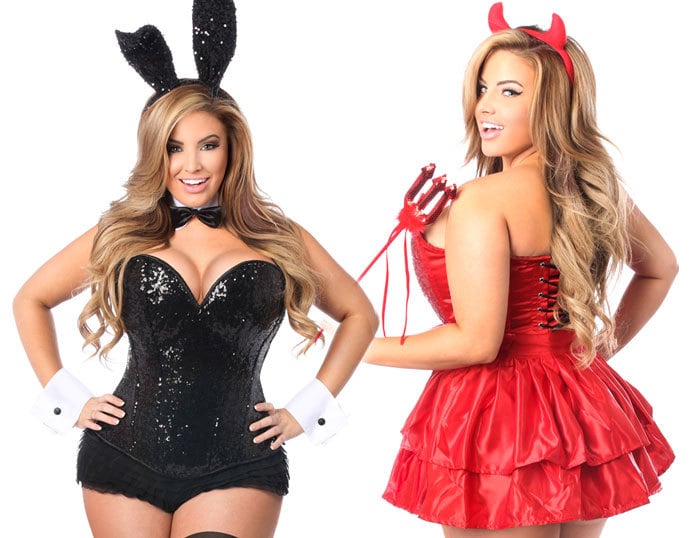 Some costumes are Halloween staples. Angels. Devils. Scarecrows. Black cats. People love these costumes because they are easy to assemble and a perfect complement to the holiday, but just because they are simple doesn't mean they can't be amazing.

For instance, a black cat costume could be as simple as adding kitty ears and whiskers over an all-black outfit, making it appropriate for people of every age. If you take those same ears and whiskers and add them to a black corset and leather pants, however, it gives the costume a whole different feel.

You can do this with any classic costume. Replace the plain red dress with a red corset and skirt to take your average devil costume from mild to spicy. A white corset can take your angel costume from heavenly to OMG!

Then, at the end of the night, you can shuffle that corset into your closet to wear to the office on Monday or the club on Friday, making this a Halloween costume you won't regret when your credit card bill arrives next month.

Goth Costumes Work All Year Round 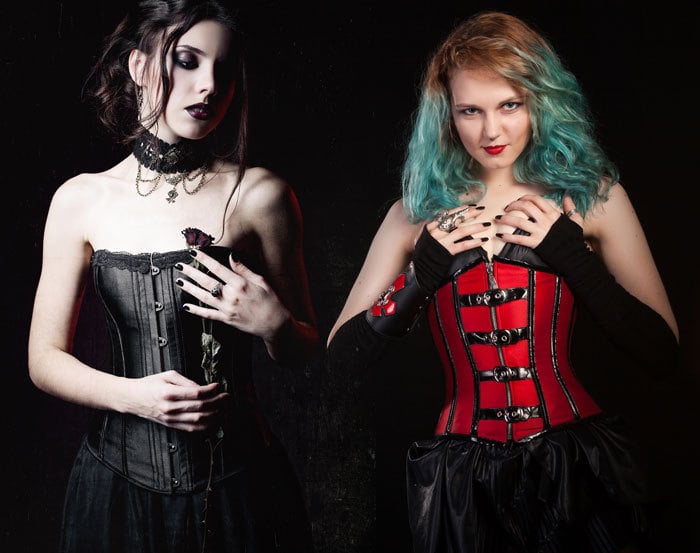 Goth costume pieces are some of the easiest to repurpose as your regular wardrobe. Dark make-up and black clothing can easily be worked into your day-to-day wear even if you don't consider yourself a Goth.

A black corset is an excellent way to add a bit of vamp to your vampire costume this year. Or, if vampires aren't your thing, you might consider a dark fairy, angel, spider, bat, or other traditional Goth costumes. You can put a Gothic spin on a traditional costume like Little Red Riding Hood or Alice in Wonderland if all else fails.

These costumes would work beautifully with a corset that can easily be repurposed at any time of year. 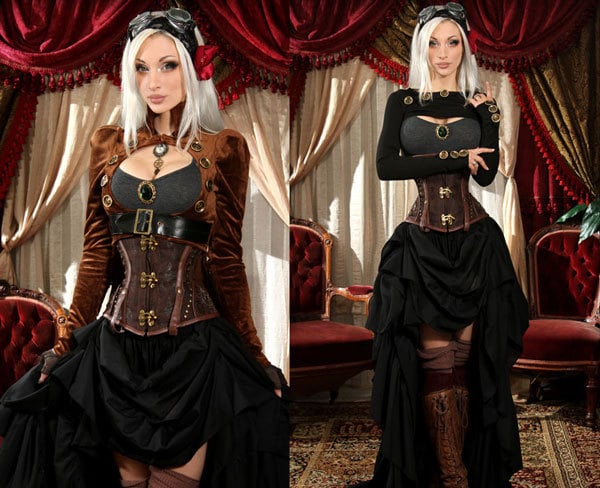 Steampunk style is an excellent costume choice for Halloween, especially in areas where it is cold during this time of year. Because this particular look lends itself so well to full-length skirts, full jackets with tails, and leather gloves or boots, it is a great way to stay warm while you are out and about this Halloween. Better yet, a steampunk corset layered into Steampunk clothes and accessories is the perfect way to stay warm while putting a sexy spin on your Steampunk costume.

If you are looking for many costume ideas, you can't go wrong with this genre. This could be as simple as adding a top hat and aviator goggles to a corset and combat boots or as complex as giving some of your favorite characters a Steampunk makeover - how awesome would it be to dress up as Steampunk Snow White or Steampunk Pippi Longstocking? 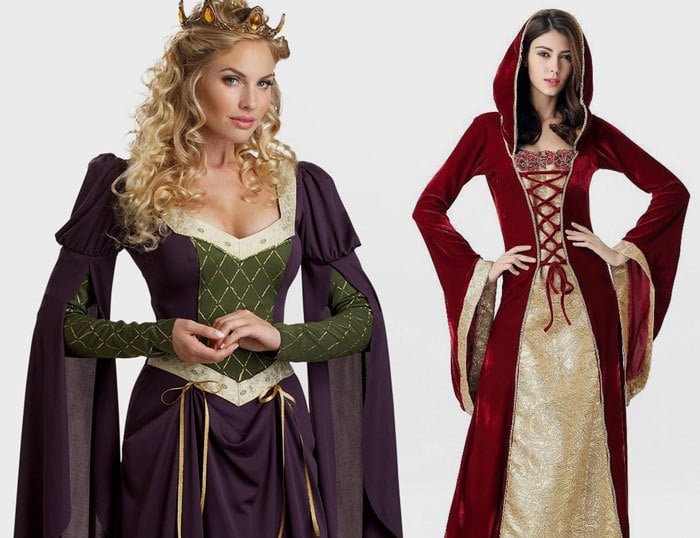 One of the easiest costumes to add to a corset is a Renaissance costume. Anything from a medieval serving wench to the highest-ranking nobility would work splendidly with a corset, giving you a whole host of options to choose from for Halloween.