Gas masks are an integral part of Steampunk fashion but have you ever wondered why? What is it about gas masks that make them fit so perfectly into the Steampunk genre and how did they ever come to be part of any particular fashion in the first place?

The gas mask, a simple wartime invention, has had quite the journey over the years, going everywhere from the trenches of WWII to the big screen to the catwalk of Berlin Fashion Week. Today you can find the gas mask as a fashion accessory in conference halls and convention centers across the nation as Steampunk aficionados gather to celebrate their favorite literary genre. 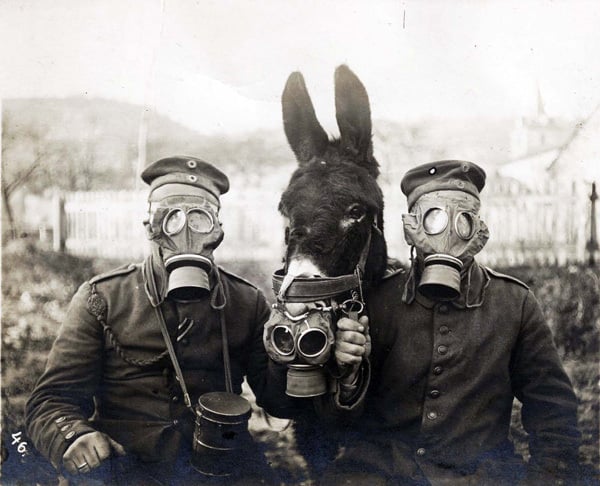 Anyone with even a little bit of knowledge about the Dieselpunk niche in Steampunk understands just how important WWI technology and fashion are to the genre, and for good reason. Over the course of the 1800s there were multiple patents on various lung protectors and respirators but the biggest development was in 1871 when John Tyndall, a British physicist, patented a device that allowed firemen to breathe in smoky environments while rescuing people. In 1914 Garret Morgan created the Morgan Safety Hood which would become the first American gas mask and be used in a multitude of rescue situations, including rescuing more than 30 men from an underground explosion deep below Lake Eerie.

With the creation of the first real gas masks in the US and Britain the military found them incredibly useful, providing protection for the troops from mustard gas and other weapons that hadn't been used in warfare previously. By the time WWII came around Britain even gave them out to civilians to protect against attacks from the enemy, causing handbag manufacturers to begin designing purses with compartments for gas mask storage and even encouraging newspapers to print sewing patterns so that women could create covers for their gas mask cases that matched their dresses. 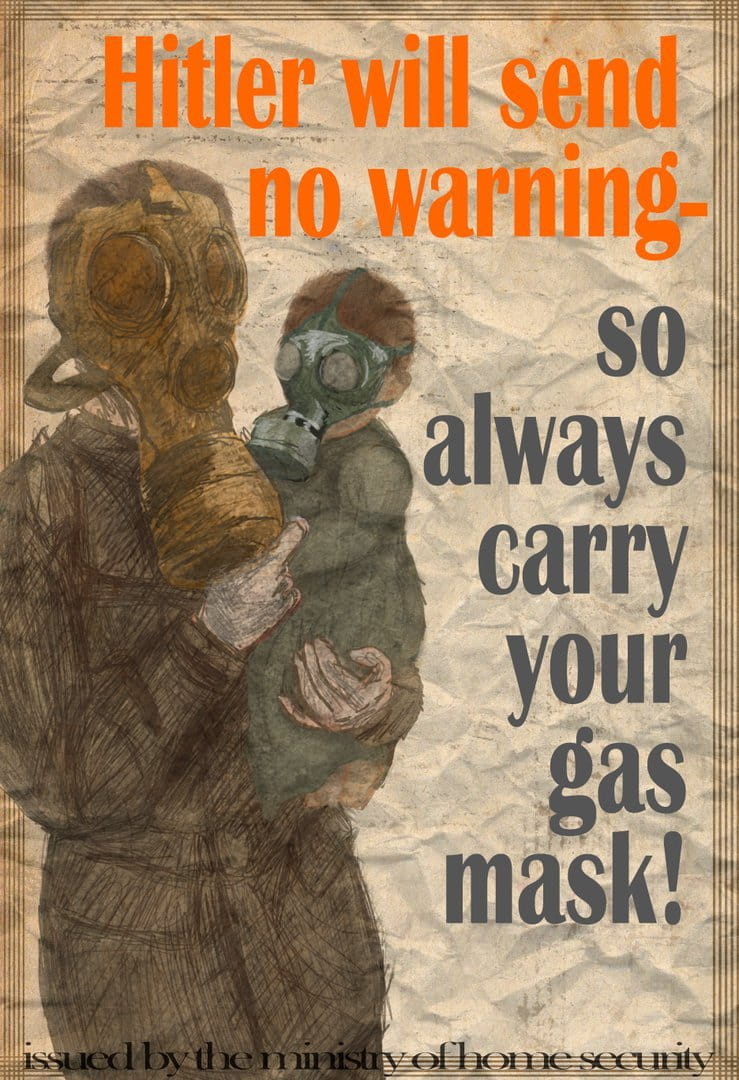 The government tried to promote the idea that gas masks needed to be a part of everyday life for their citizens, providing a tremendous amount of wartime propaganda with images of everyone from young children to secretaries at the office wearing them.

Since then gas masks have made their way into the mainstream, partly as accessories in movies, television, and fashion but also as potentially useful devices for civilians in case of an enemy attack. Today there are even bras designed to turn into gas masks in the event of an emergency, proving that gas masks can show up where you least expect them! 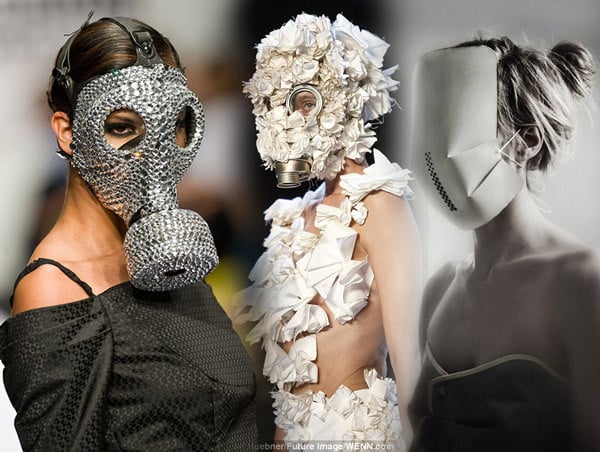 Steampunk has become such a powerful genre in pop culture that it has worked its way into the highest levels of the fashion world. German designer Irene Luft, famous for feminine, romantic contemporary designs, created a look complete with gas masks covered in lace, sequins, and flowers as part of her 2013 fashion line.

Not to be outdone, in 2014 designer Diddo created a line of designer gas masks covered in rhinestones and famous fashion logos belonging to Louis Vuitton and Gucci. On the other end of the design spectrum stands Icelandic artist Sruli Recht who designed a lightweight paper gas mask with disposable filters. 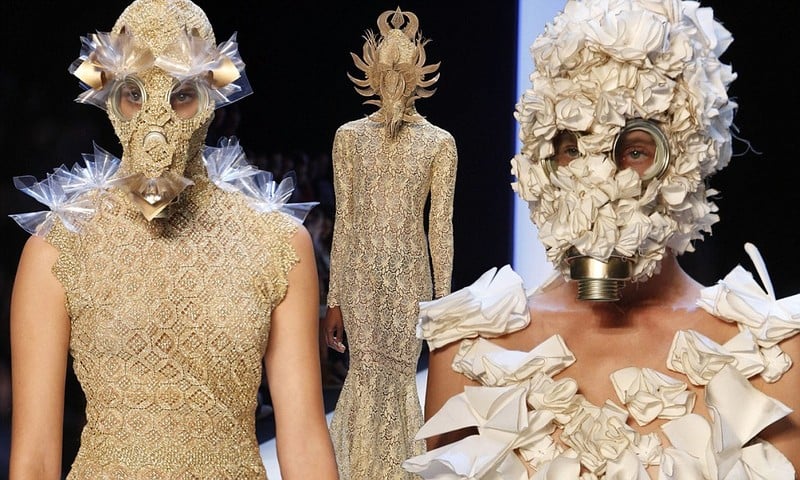 Gas mask designs haven't just been left to the military and high-end fashion designers - Walt Disney himself even gave it a go during WWII. In 1942 Walt Disney created a gas mask designed to look like Mickey Mouse to help calm frightened children who were being bombed as a contribution to the war effort. While he wasn't exactly trying to design something with a Steampunk or Dieselpunk feel to it Disney inadvertently created something with a truly Apocalyptic aesthetic. 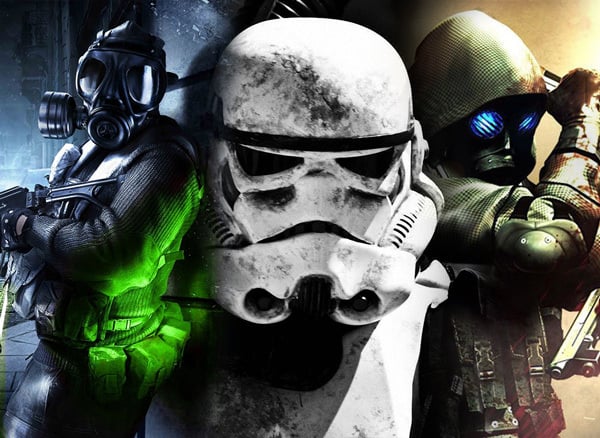 Gas masks seem to show up everywhere on the big screen, from movies where you might expect them like Mad Max and Resident Evil to places you would almost never expect to see them at all, such as Batman and The Grapes of Wrath. Even Star Wars, everyone's favorite pop culture phenomenon, features Storm Troopers and Darth Vader all wearing gas masks or respirators throughout the films.

Gas masks aren't just featured in movies either. They play a part in the fashion aesthetic of dozens of video games, from military games like Call of Duty Modern Warfare 3 and Team Fortress 2 to post-apocalyptic games like Day Z and Fallout. They even show up in the occasional song, such as Gas Mask by SahBabhii and Far Away Coast by the Dropkick Murphys. 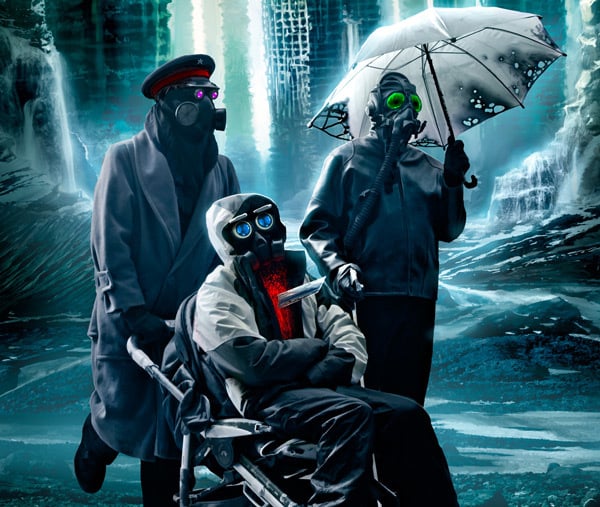 Given humanity's rapid descent into pollution and climate change it isn't hard to understand why gas masks play such a notable part of post-apocalyptic fashion. Whether they are military grade masks designed solely for protecting you from a dangerous environment or stylishly designed masks covered in a truly epic amount of hardware, gas masks are common in a post-apocalyptic landscape. Given the strong connections between Steampunk, Cyberpunk, Dieselpunk, and post-apocalyptic scenarios, it makes perfect sense that gas masks would be one of the common threads between the genres.

Gas masks have a long, colorful history in the Steampunk world. What is your favorite Steampunk accessory?

Post Apocalyptic Fashion: Dressing For The End Of The World

Ten Must Have Steampunk Accessories For Men