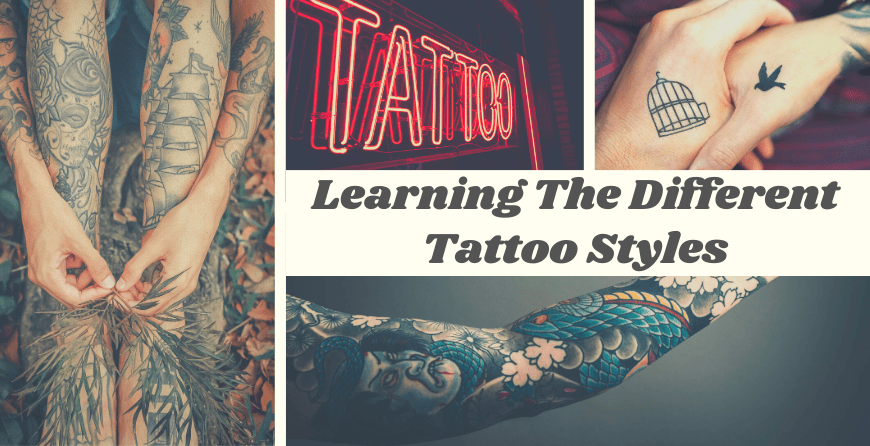 Tattoos come in all shapes, sizes, and designs, but some aren’t quite as commonly known as some. If you’re considering getting a tattoo, the style should definitely be something you consider before going under the needle.

Of course, the overall design idea that you have for your tattoo will play an iatrical role in deciding what tattoo style you should lean toward and which artist you should hire for the job. Much like any other artist, tattoo artists all have their strong suits and preferred tattoo styles to work in. Keep this in mind when finding the right artist for you.

Abstract: Abstract tattooing is a fairly modern style of tattooing that skips the outline and goes straight for the meat of the tattoo. Some of the more popular subjects in the abstract tattoo style are animals, nature, and people. 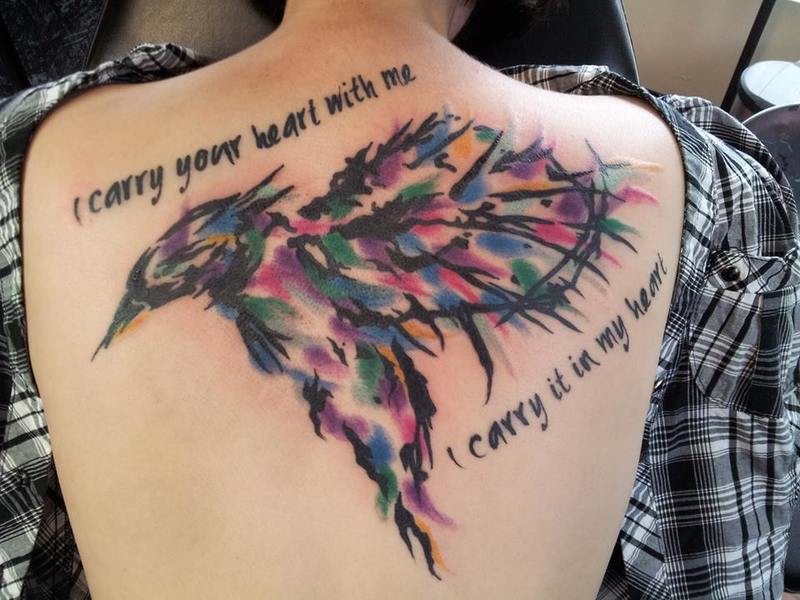 Black and Grey: Black and Grey tattooing is a tattoo style that depends largely on the gradation of black and grey wash (grey) ink to create depth without using color. The only other color typically used is white for highlights and smooth transitions between shades of grey. 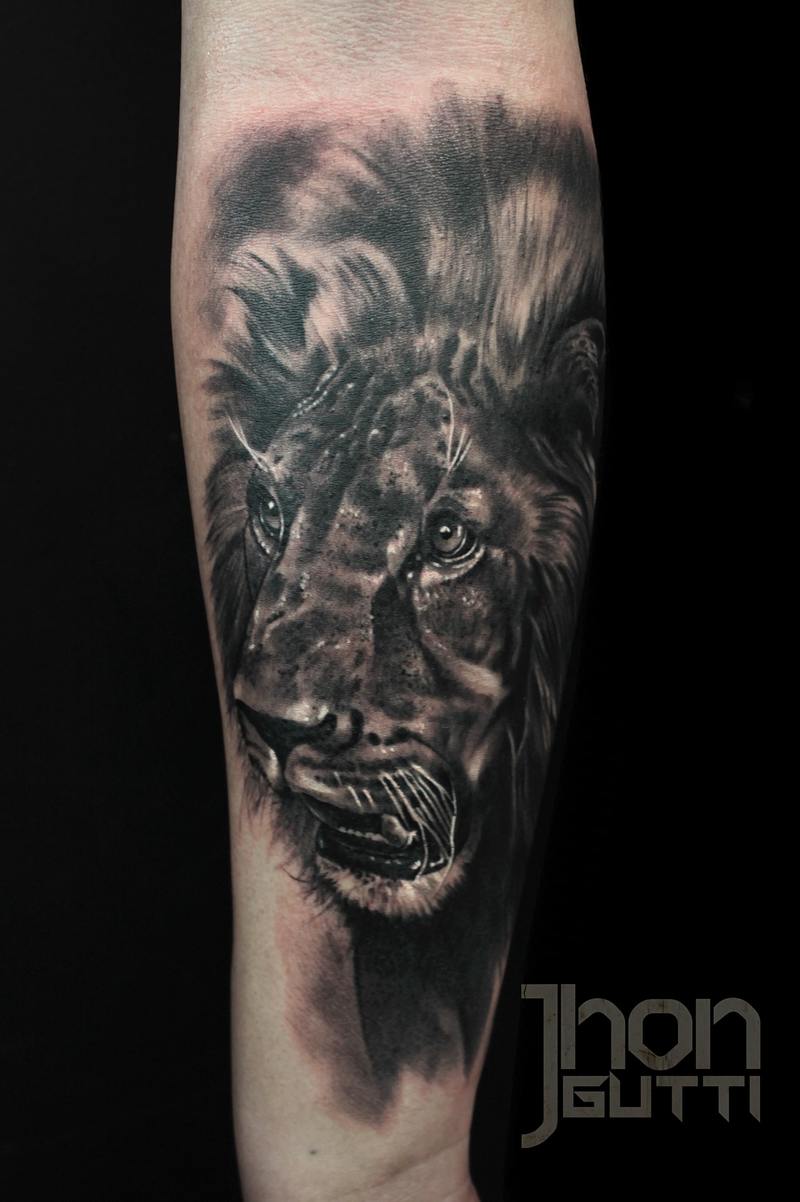 Asian, Yakuza, Oriental: Asian themed tattoos are absolutely one of the most popular artistic expression styles on the skin. They often feature koi fish, Buddha, lotus, cherry blossoms, dragons, war dogs, geishas, and samurais. These tattoos are typically a fairly 2-dimensional image that is reminiscent of traditional Asian art or fabric prints.

Asian tattoos are typically very well thought out and planned before the work begins due to the amount of detail included in telling a story. 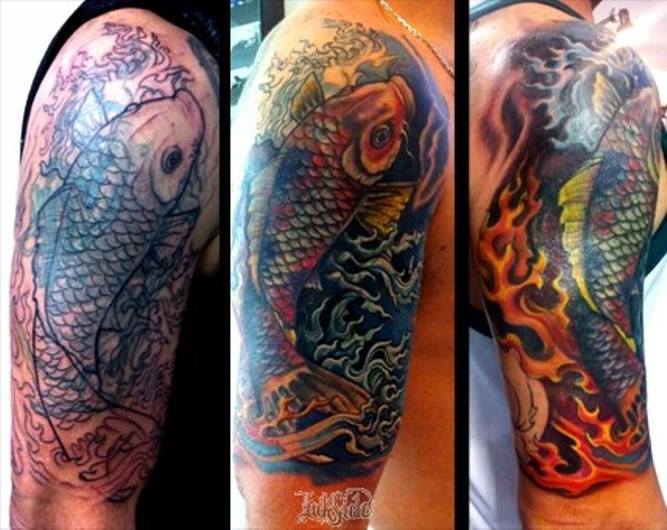 Fine Line: Fine line tattooing is another modern style that has taken the tattoo world by a storm. With the improvement of the traditional tattoo machine, tattoo artists can make outstanding lines and fine detail in their works, which allows the artist to give the tattoo a very delicate look. 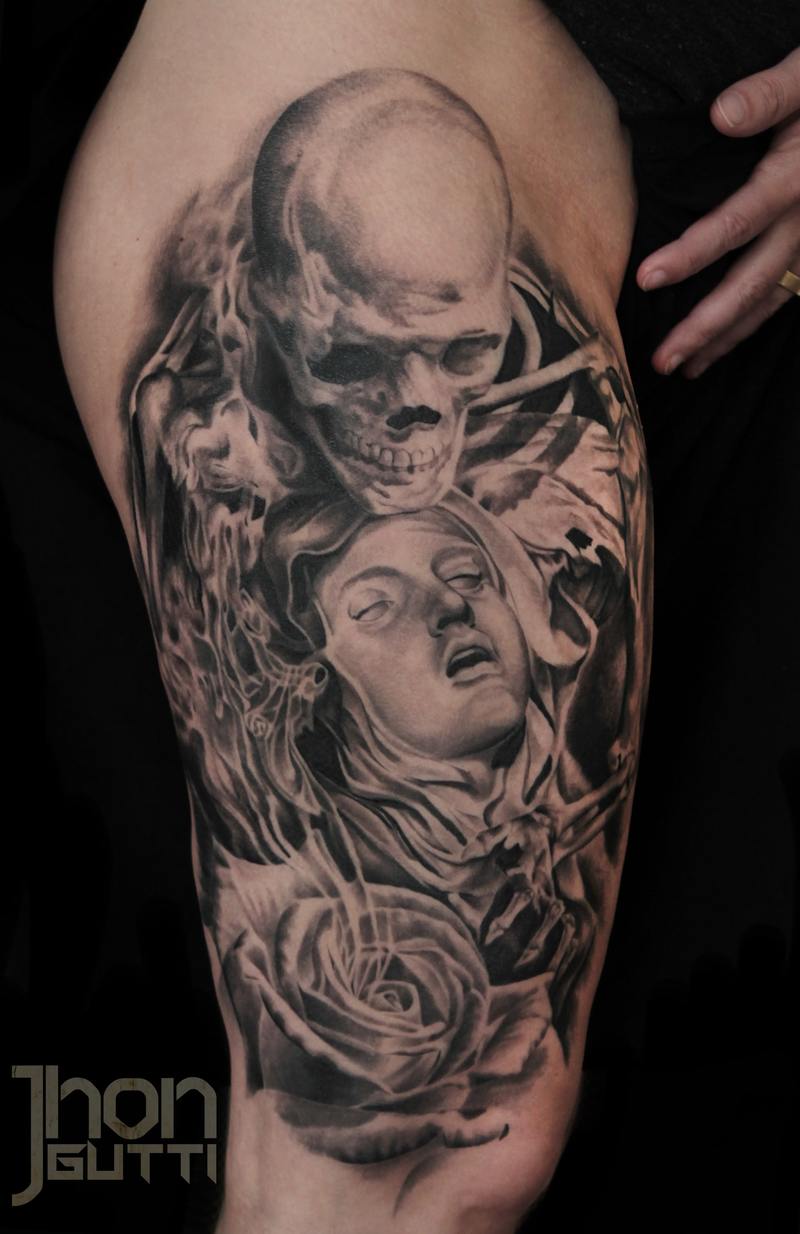 Haida: Haida tattooing draws its roots from the Eskimo and Native American cultures. They are typically tribal pieces that include totems, birds, and other animals. It is necessary to research each design's meaning to ensure it's right for you and the meaning behind your tattoo. 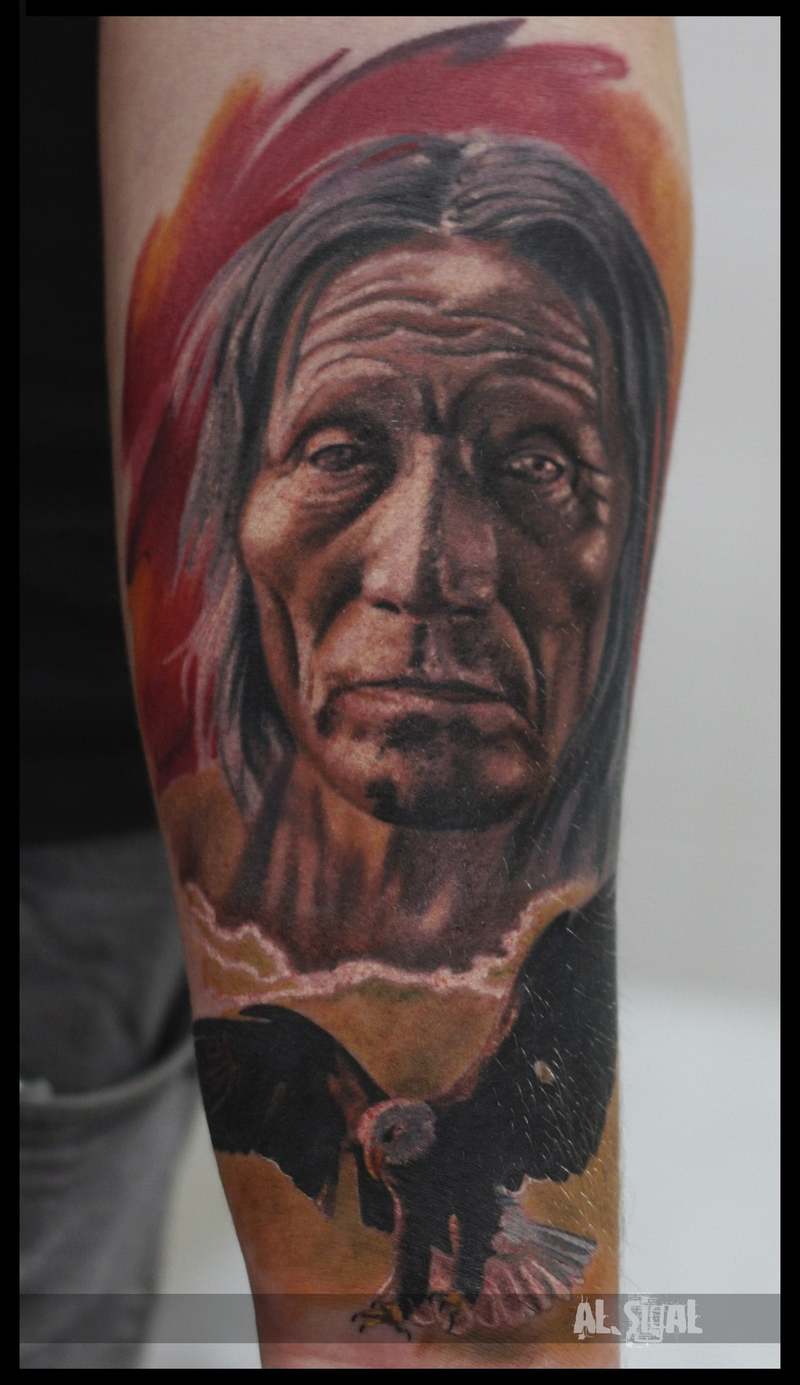 Celtic: Celtic designs are trendy. They are made up of intricate knots and designs representing the rich history of Gaelic, Breton, and Welsh folklore. Some of the more popular subjects are crosses, spirals, trinity knots, animals, knots, and the tree of life. 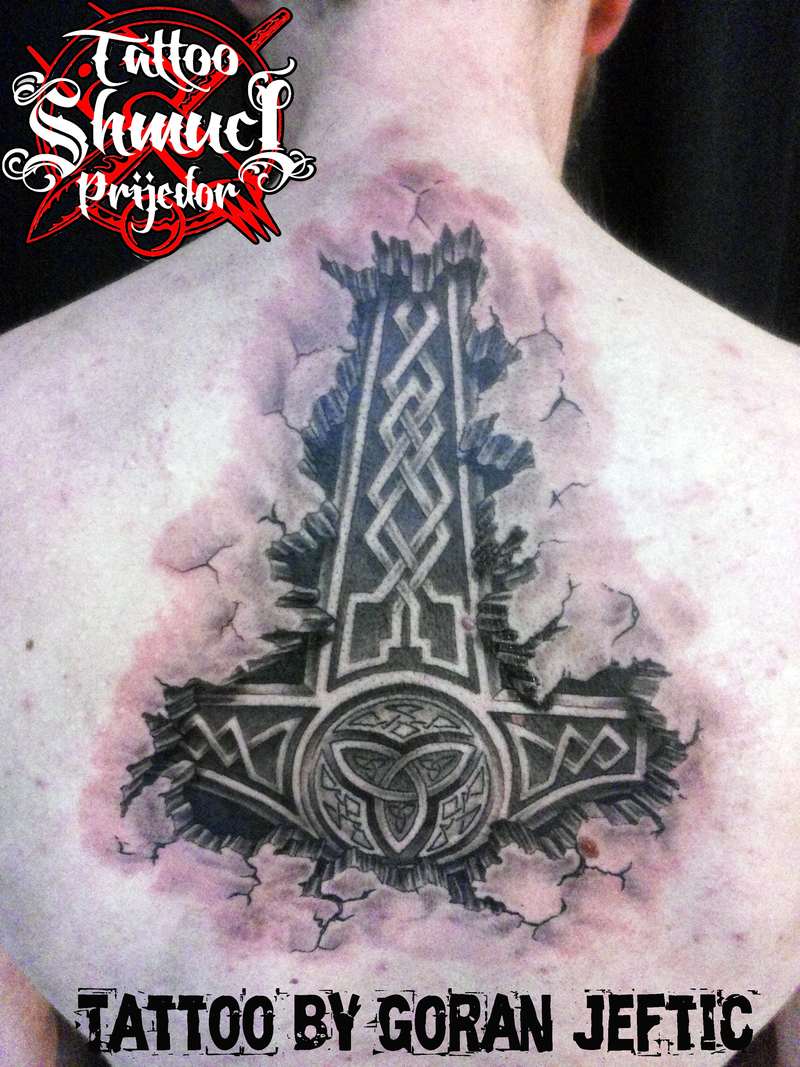 Color Tattoos: Color tattoos are just that, full color and vibrant tattoos. They can be either subtle or vivid to look at, depending on the design. Color tattoos can range from neo-traditional to portrait tattoos. 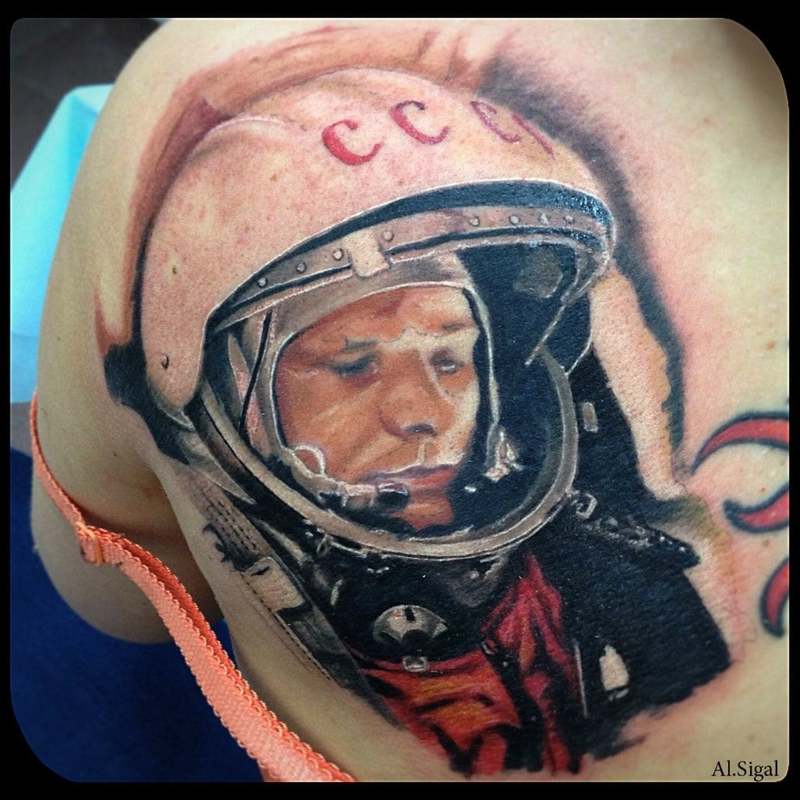 Biomechanical Tattoos: Biomechanical tattoos are meant to resemble a mixture of organic and non-organic components, turning the person who’s tattooed into a human-machine (cyborg). This style was heavily inspired by H.R. Geiger’s artwork and work on the Aliens films. 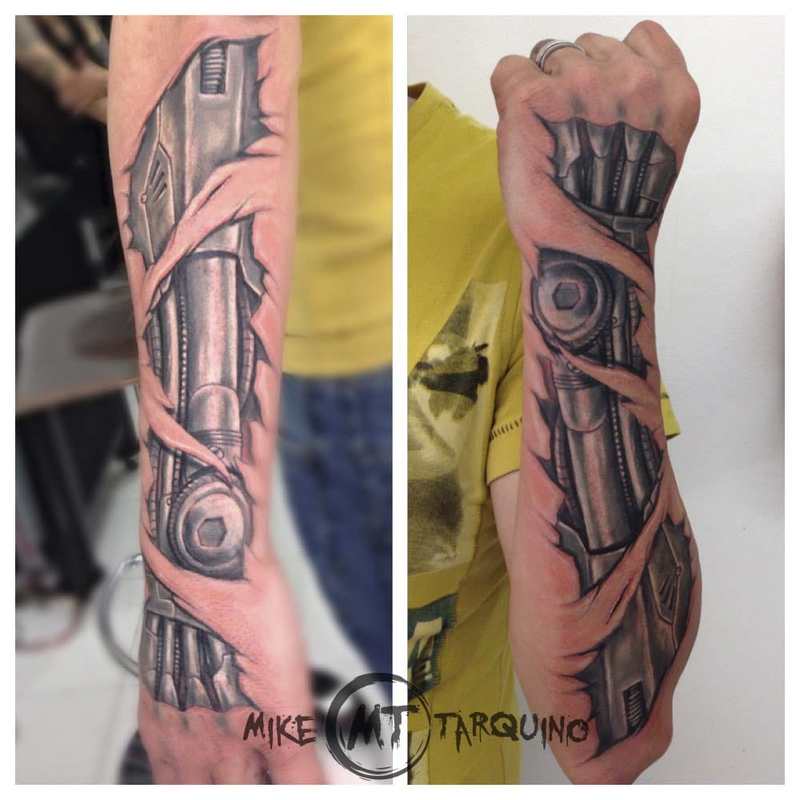 Religious Tattoos: Religious tattoos may seem like a subject, but they’ve broken off of the design category to create their very own style. Religion and tattoos, though controversial in some senses, definitely go hand in hand. Many people can be seen with many different religious style tattoos that represent their own personal faith. 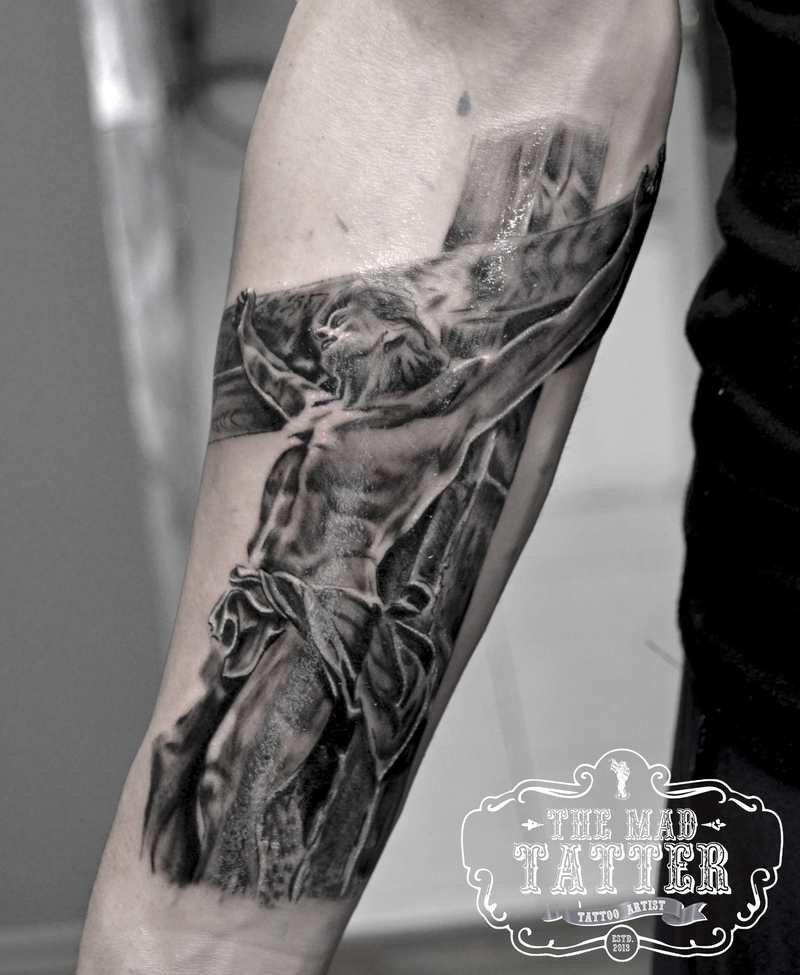 Memorial Tattoos: Memorial tattoos are typically images that represent someone’s life in some way. They are typically used as a tribute to someone who has been lost in the client’s life. Of course, what reminds the client of their deceased will greatly vary but oftentimes include banners, crosses, praying hands, flowers, poems, or portraits. 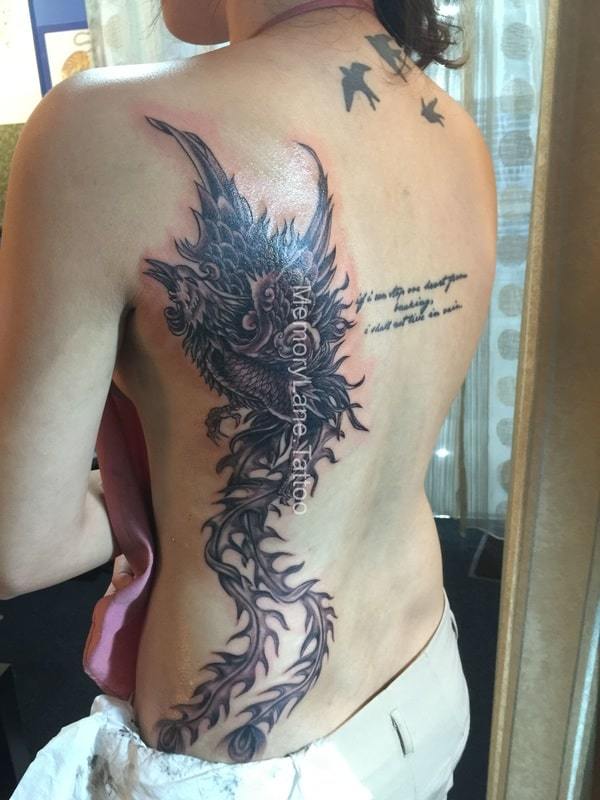 Stonework: Stonework style tattooing uses black and grey shades to produce the look of cracked stone throughout the tattoo. While it’s more traditional to stick to this two-tone look, it isn’t completely uncommon for some color to be added.