When Tye Trujillo—son of Metallica bassist Robert Trujillo—took the stage in Columbia with the nu metal band Korn, the world was in awe of the 12-year-old’s bass playing skills. Not only does Tye have a striking resemblance to his father, but he inherited Robert’s ability as well.

It seems many of the children of rockers and performers are just as talented as their parents. And, surely, the fact that many of these children are high fashion and commercial models is even less surprising since their gene pool is already quite advantaged.

Just like their parents, the following women are not only the offspring of some of our favorite bands, but have a keen sense of style when they aren’t stomping the runways and posing for fashion houses.

Who could deny the piercing blue eyes of Frances Bean Cobain or the baby face of Anaïs Gallagher? Not us. 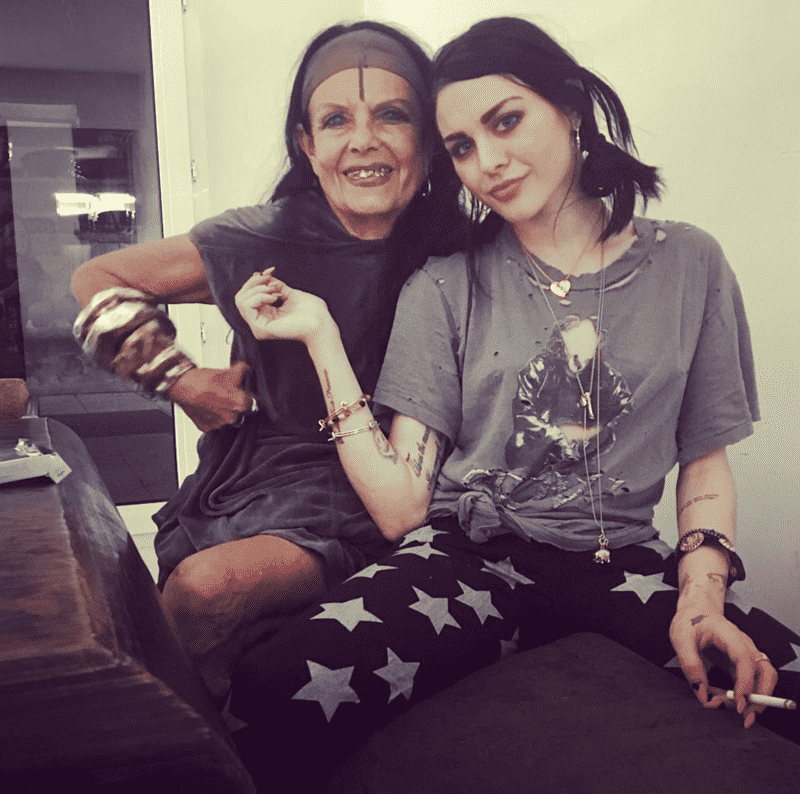 As the only child of Nirvana's Kurt Cobain and Hole's Courtney Love, Frances Bean (seen in the image above with Michele Lamy of Rick Owens ) derives the talent and good looks from her grunge royalty family.

This heiress to the Cobain estate is both a visual artist and model who most recently posed for the Spring/Summer 2017 Marc Jacobs campaign. Her personal style does reflect her late father's aesthetic with beat-up oversized shirts, layers of comfortable clothes such as chic leggings and jean jackets—ready for a rock show or to chill with friends. 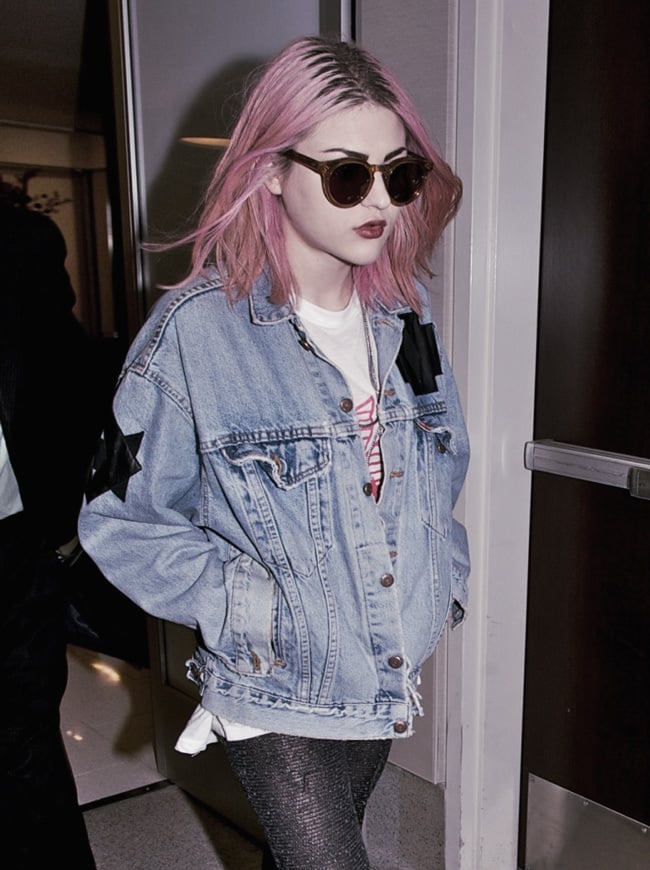 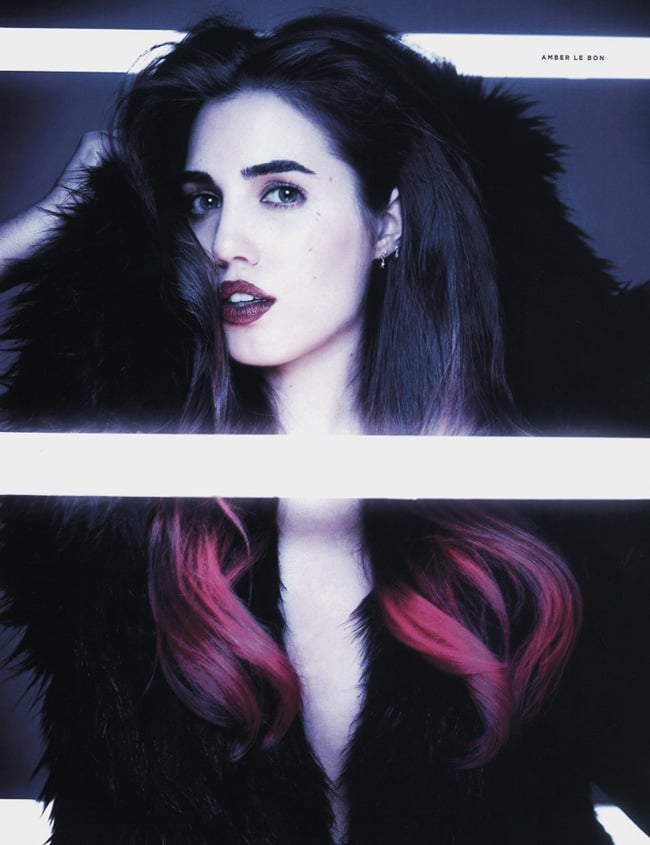 Simon Le Bon's daughter, Amber, is as sweet and cute as the lead singer and heartthrob of the legendary 1980s new wave band, Duran Duran. And with the high fashion supermodel, Yasmin Le Bon, as her mother, it's no surprise she has been the face of many advertising campaigns from Forever 21, Pantene and Moschino.

Just like her dad in the 80s, Amber is drawn to bright, fun colors when going out in neon heels, flowing painted skirts, and even flirty bubblegum pink hair. 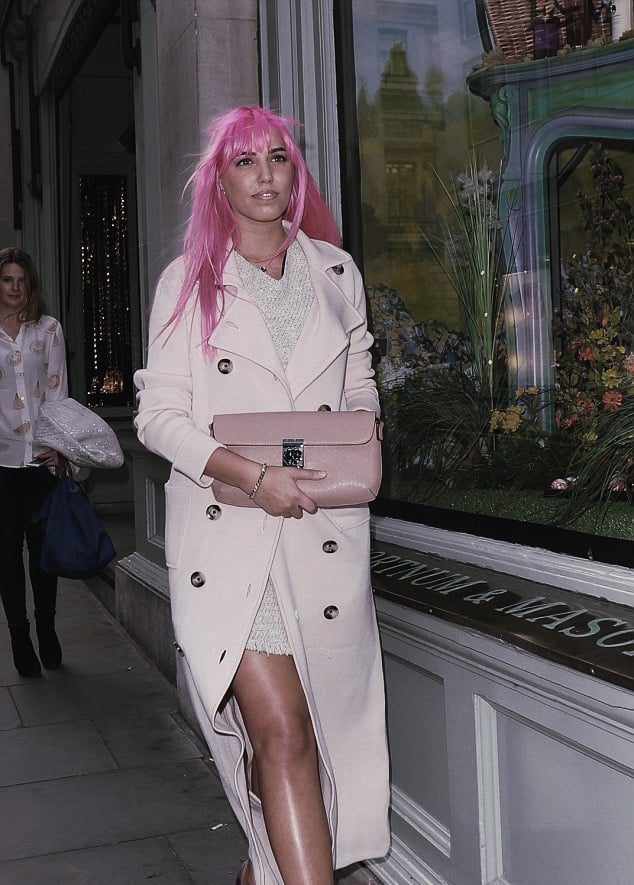 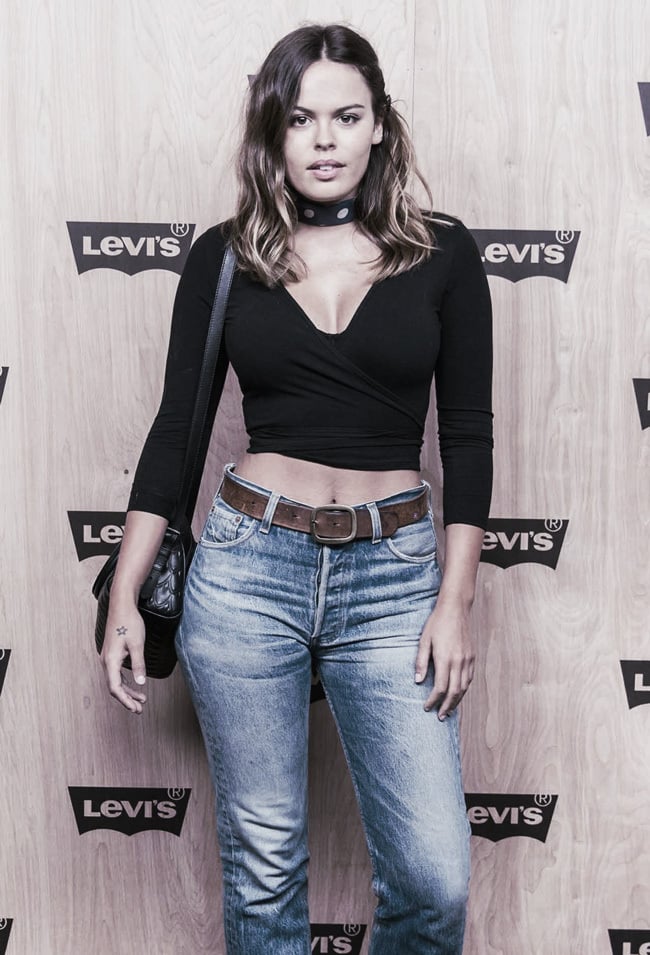 It would be impossible to speak of one Duran Duran baby and not the other! Atlanta de Cadenet Taylor is the daughter of Duran Duran's guitarist, John Taylor and mother, Amanda de Cadenet. Atlanta has been a model for the likes of Forever 21, Agent Provocateur and, most recently, Warby Parker.

Her own personal style is a mish-mash of prints and fabrics - from clothing with fur detailing, to plaids and floral, it's a fun, glamorous and bold sensibility that she obviously inherited from her father. 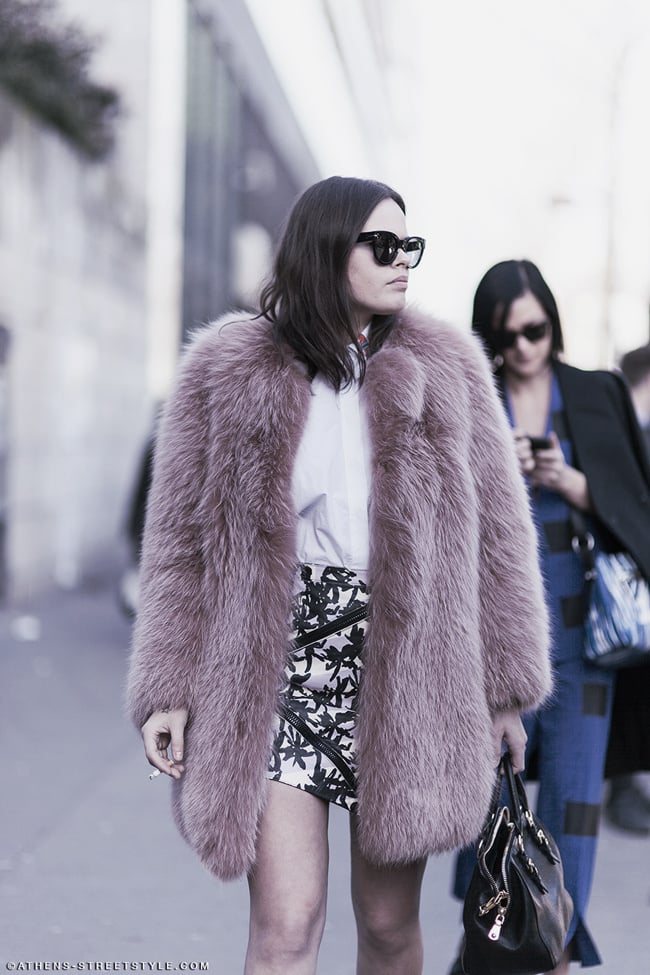 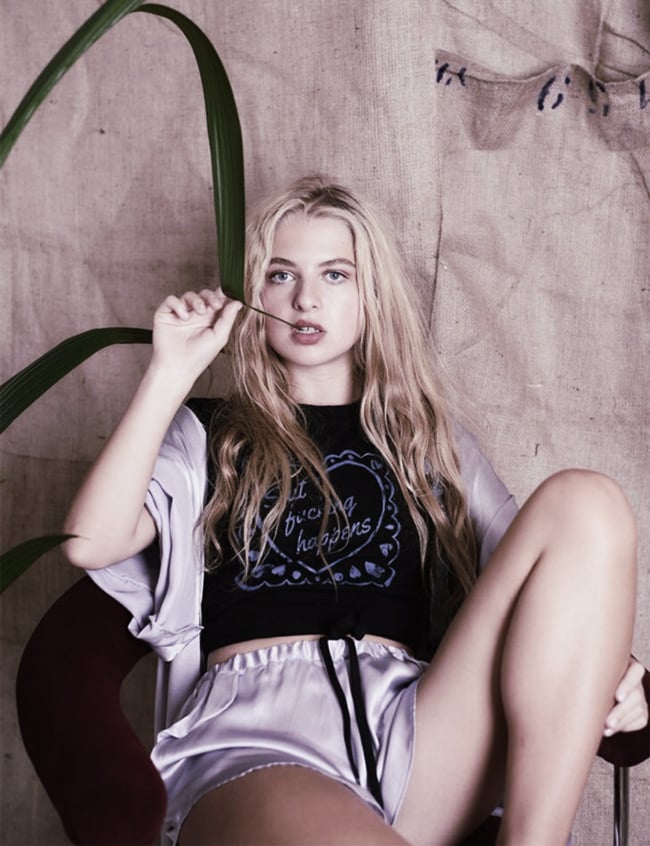 Oasis frontman, Noel Gallagher,  was the bad-boy of Britpop but managed well with his daughter, Anaïs.

As one of fashion's "it" girls, she graced Fall 2017's Dolce & Gabbana runway and is now the ambassador for Mulberry. Her personal style mixes boyish elements like oversize shirts and tailored trousers with über feminine and delicate additions to her outfits. With her tomboy meets high fashion charm, Anaïs has stolen the heart of the fashion world. 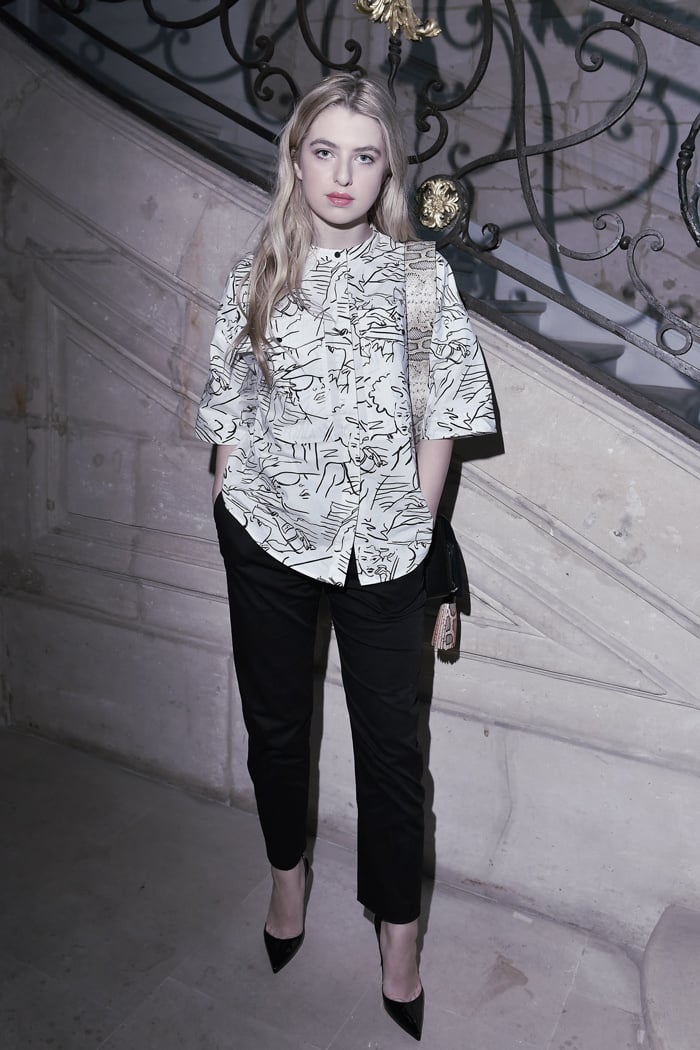 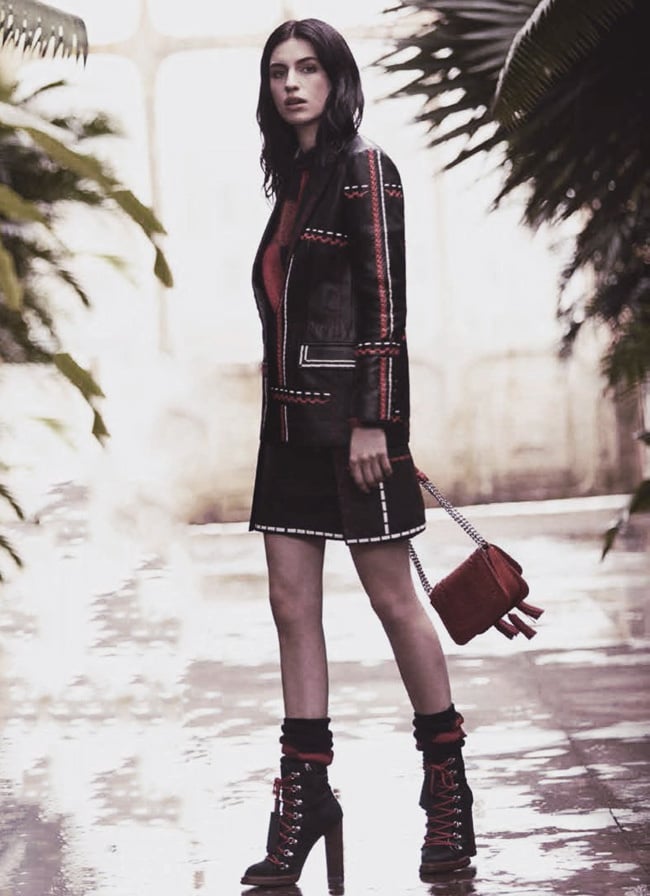 Annie Lennox, the powerful voice behind the new wave band The Eurythmics, was an androgynous icon in the decade of the 1980s. Her daughter follows in her famous mother's footsteps with her strength and talent.

Both a painter and actor, Tali is also a fashion model having appeared in advertisements for Topshop, Burberry and Prada—just to name a few. Her personal style is influenced by her mother in that she wears bold androgynous pantsuits and edgy hats, but still retains her feminity in her outfits' cut and color. Tali looks ready for drinks, an interview or an art gallery with her sophisticated and smart style. 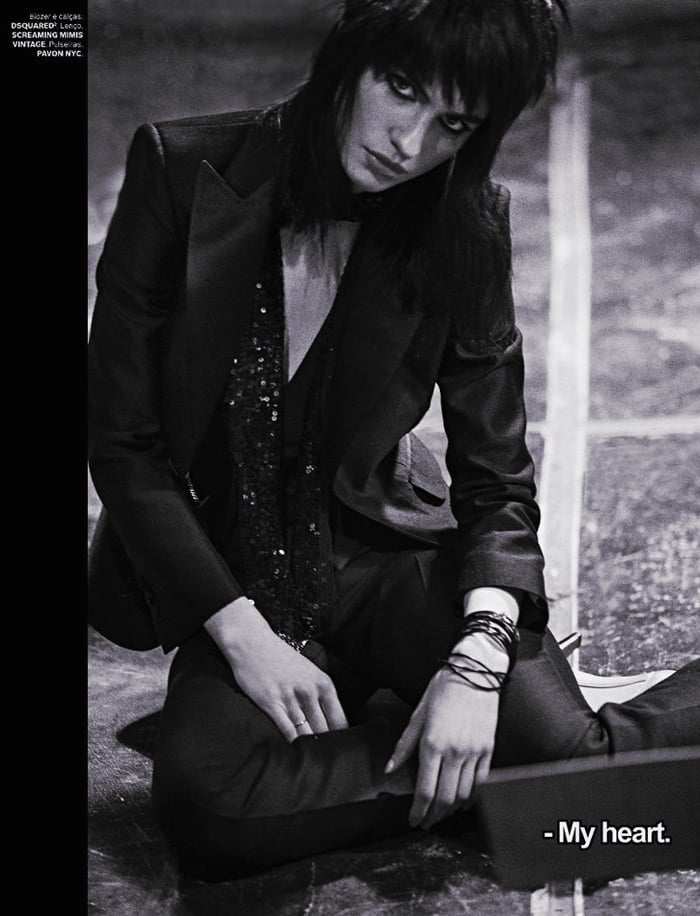 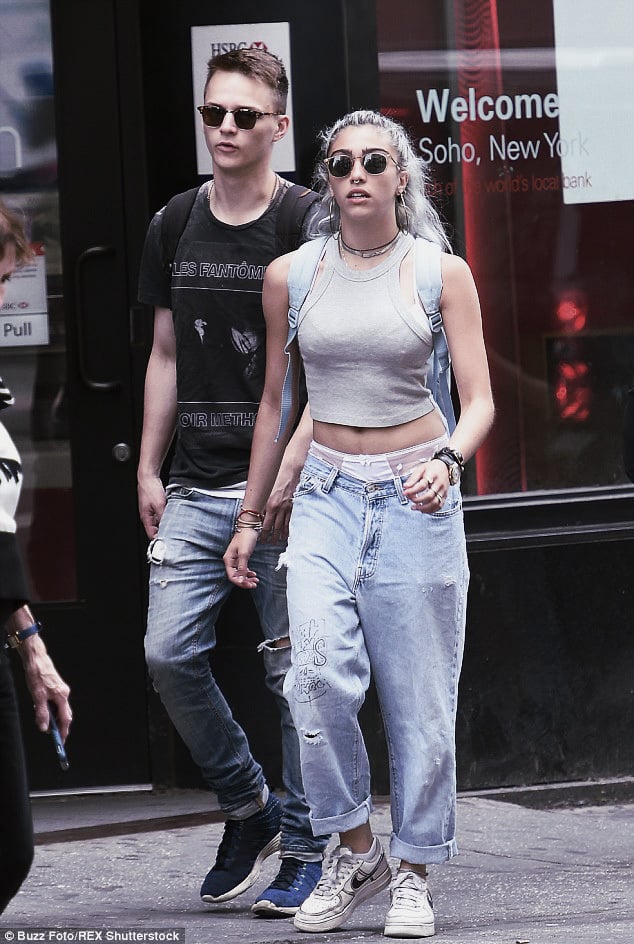 Finally we round out this list with Madonna's daughter, Lordes Leon, who is the carbon copy of her mother—eyebrows and all. Many took notice when Lordes and Madonna launched the Material Girl fashion label which had many fun 1980s looks directly influenced by pop's reigning queen. Now older, Lourdes made her modeling debut with Stella McCartney just last year with plenty of potential for other fashion houses (maybe even some Madonna has worked for á la Louis Vuitton and Versace).

Lourde's street style is sporty and laid back with elements of both the 80s and 90s, opting for tennis shoes and light washed jeans with sexy lingerie peeking out to add a layer of sexiness to the overall vibe. 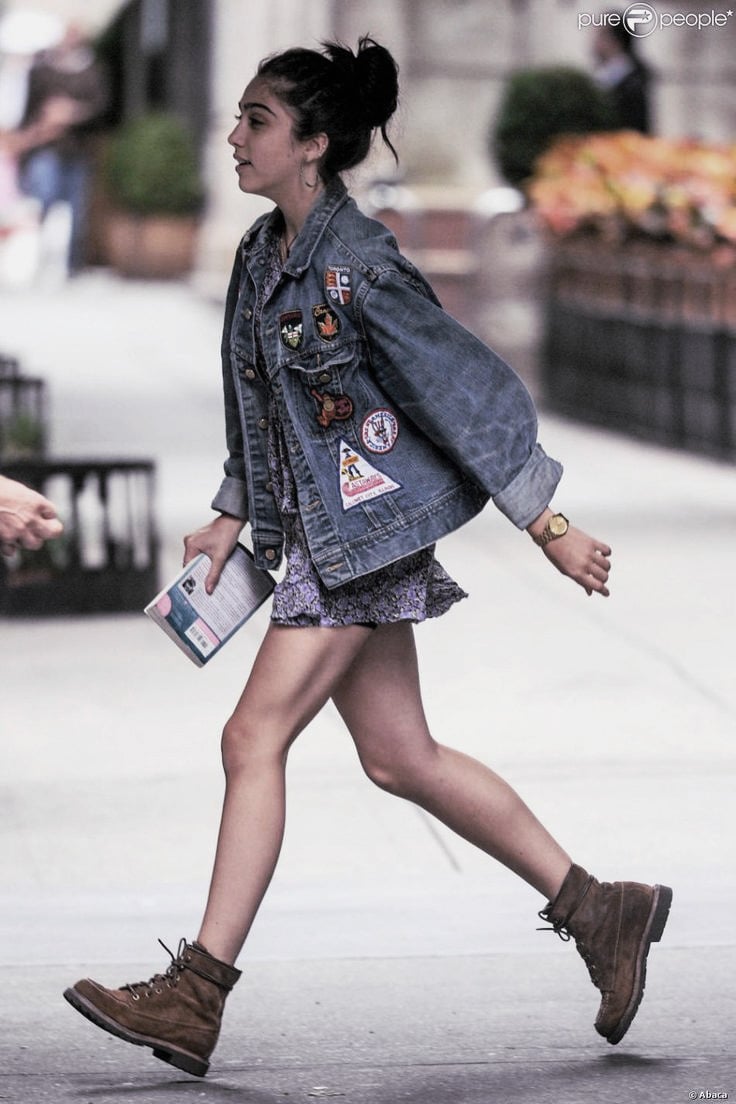 Which daughter of music royalty has the best look? Comment below!