Culture Luxe: Museum Exhibitions Not to Miss This Summer

As summer slowly starts to wind down and you're still looking for the last few things to do before reality kicks in again, museums are a great place to spend an afternoon exploring and learning about things you love and things you didn't know you loved (you'll also escape the heat). From music and bondage, to occult art, to an exhibit that will bring you back to your childhood, here are the best museum shows to catch in the coming months! 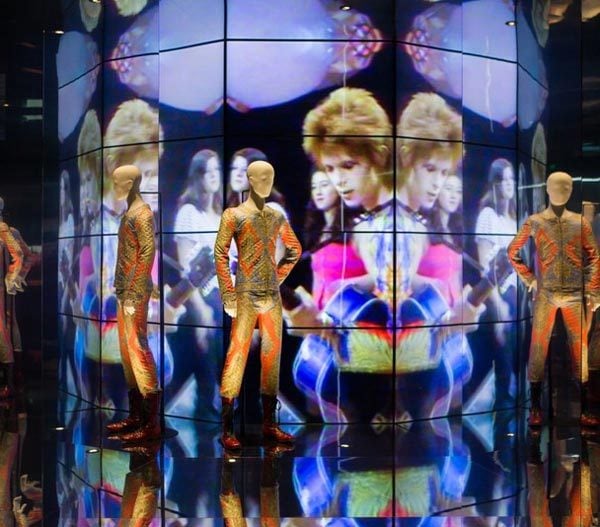 Honestly, as if you needed more of a reason to spend time in Barcelona Spain, the traveling exhibition David Bowie Is... is a spectacle not to miss. Cited as the biggest influence in the evolution of goth and post-punk music, David Bowie was the catalyst of all our favorite bands in the 70s and 80s. This exhibition delves deep into his clothing, videos, photographs and his evolution to become something greater than human. The exhibit has traveled around the world from London to Tokyo to Melbourne with hopefully more stops in the future - don't regret not making the trek to see David Bowie Is... as it's sure to capture your heart just as Bowie's music does. 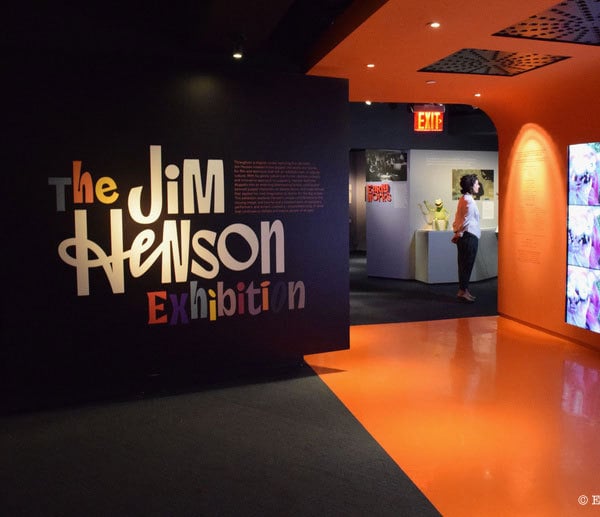 A great segway into The Jim Henson Exhibition is, of course, David Bowie and his iconic role of Jareth in Labyrinth. A trip into nostalgia, this exhibition highlights Henson's career by displaying a broad range of objects such as puppets, story sketches, movie articles and scripts. With screenings throughout the week, you can see your favorite Henson movies on the big screen (Dark Crystal, anyone?). If anything, it's worth it just to see Jareth's costume on display, up close and in person - this exhibit will bring you back to childhood and tug on a few heartstrings. 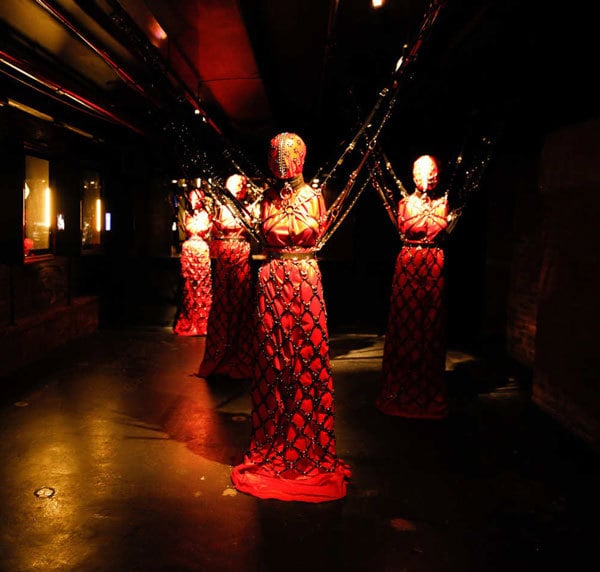 Also in New York is the Zana Bayne exhibition at the Museum of Sex (which you should probably visit regardless). Bayne, the designer of "post-fetish" gear since 2010 has risen to stardom with the likes of Madonna, Debbie Harry and Lady Gaga sporting her creations which are on display at the museum. Her harnesses have helped catapult S&M fashion into the mainstream with collaborations by Marc Jacobs and Comme des Garçons. Additionally, she's created a capsule collection just for this exhibition - you can go home with one of her designs! 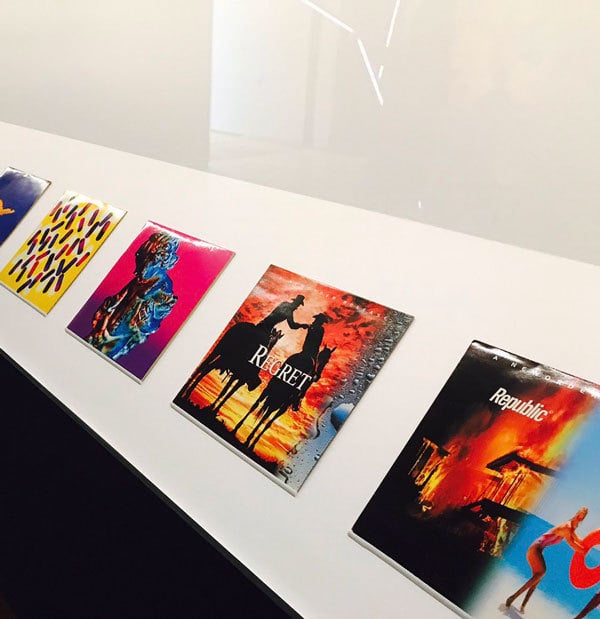 The Manchester scene in the 1980s was so important to the history of music and none more so than the bands Joy Division and New Order. This exhibition highlights and has collected important objects from both bands including personal materials and hand-written lyrics. Perhaps the most exciting object in the exhibition is the original painting of "A Basket of Roses" by French artist Henri Fantin-Latour which became the iconic cover of New Order's Power, Corruption and Lies designed by Peter Saville. Additionally, there are contemporary works by artists who were directly influenced by the visuals of both bands, a current interpretation of their lasting legacy. 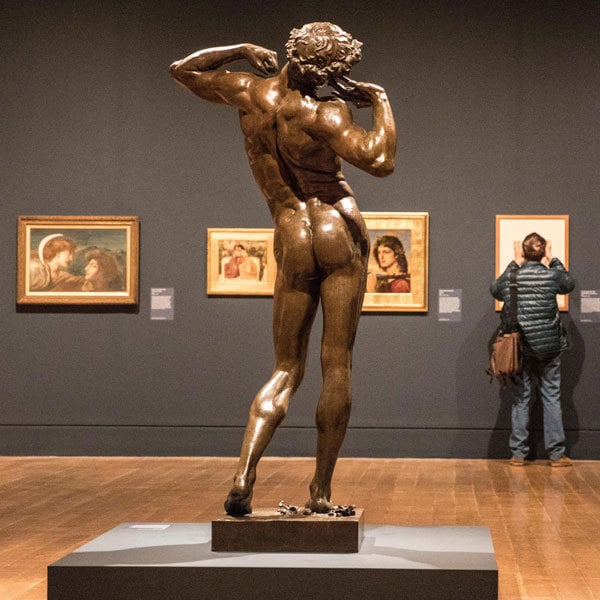 In celebration of the 50th anniversary of partial discriminalization of male homosexuality in England, Queer British Art is an exhibition about how queer artists expressed themselves through paintings, drawings, film and photographs. With an array of artists such as John Singer Sargent and David Hockney, these intimate works will capture you as the exhibit brings a sense of community among these artists whose identities were unrecognized at the time. 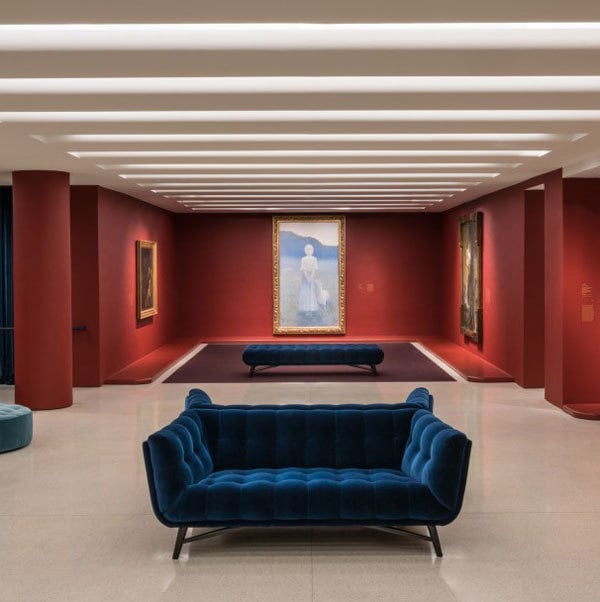 The annual exhibition in Paris, The Salon de la Rose+Croix (R+C), was held to celebrate the doctrines of Rosicrucian order - an esoteric religious sect. The art of the salon focused on Symbolism and the mysticism of it that had culturally spread around 1890. This exhibition features only works from the R+C and evokes the atmosphere that was originally intended within the short-lived annual salon. Mystical Symbolism will challenge you and your mind's eye - an exhibition to make you consider the movement of Symbolism and the art it entailed.

Have you been to any of these exhibitions? Comment below!