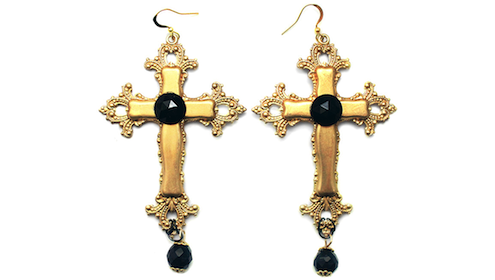 Cross necklaces and rosary beads have been used for centuries as an important part of the Christian and Catholic religions. Lately these have become a rebel trend all their own: rosaries and cross necklaces are growing in popularity, with celebrities and many men and women wearing them as a fashion statement, much to the dismay of the Church!  The imagery is also being carried into clothing.

What is the Rosary and why is it so important?

The rosary comes from the Latin rosarium, which means the “Crown of Roses”, and is used as a sacramental and devotional prayer to the commemoration of Jesus Christ in the Roman Catholic religion. The rosary is used to describe both a sequence of prayers and a string of prayer beads on which these prayers are counted.

The sequence of prayers typically follows the Lord’s Prayer, ten Hail Marys and the Glory Be to the Father. Each set of prayers is referred to as a decade, and in prayer, five decades are said. The praying of each decade is accompanied by focus and meditation of on what is called the ‘Mysteries of the Rosary’ which recall different significant events in the life of Jesus.

A set of blessed rosary beads is considered to be a sacrament to the Catholic religion. Some beads are made containing holy water or specific devotional sentiments.  Many religious orders wear a rosary as part of their habit: either as a statement of faith, to keep it in a safe place for ease of prayer and also just so not to lose it! When wearing the rosary, it is believed that the person will be protected from evils and that it also helps them better love and serve Jesus.

Under the Catholic code of Canon Law, the rosary, like all sacred objects must be treated with respect and reverence – it’s no wonder then why the Church condemns such a trend rising in alternative fashion.

There is no shortage of celebrities who have begun donning cross necklaces and rosaries as fashion accessories. On the cover of Vanity Fair, David Beckham was pictured wearing a “designer rosary” by Dolce and Gabbana. In pop culture, the rosary is becoming a more secular representation of style rather than the religious purpose it was made for. I for one, encourage this trend!

The rosary and crucifix are timeless signs of devotion, and are now transforming into an expression of one’s style and fashion – in necklaces, bracelets and adornments on clothing. They can be incorporated into your outfit either as an understated piece of jewellery or a statement accessory: as seen in some of our favourites from Rebels Market – check them out!

A gothic girl’s take on the rosary! A little drama turns the standard cross into a bold goth fashion statement. 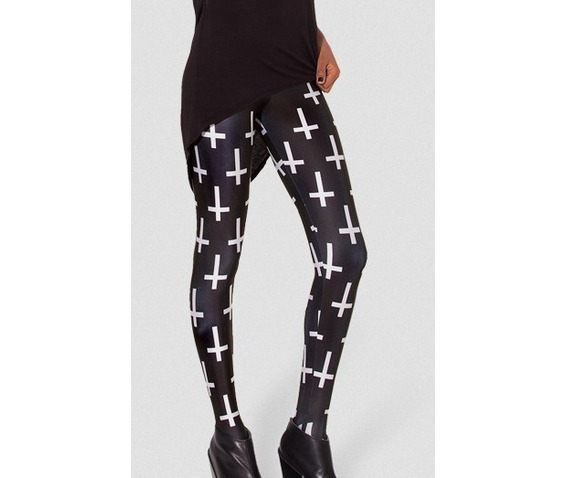 Once considered a major taboo, inverted crosses have found popularity thanks to fans of the soft grunge genre. 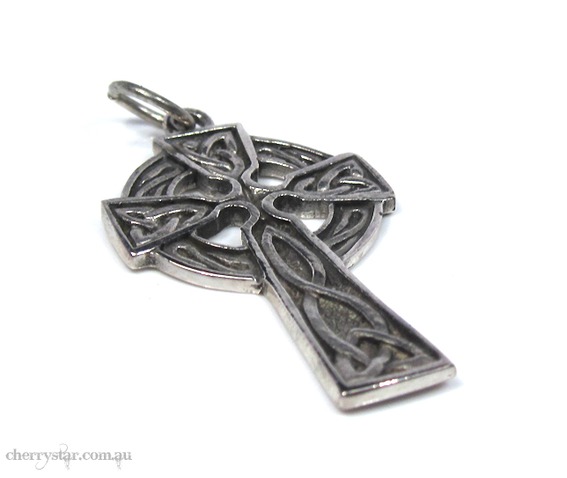 If you are a fan of tradition, a celtic cross is a great way to blend history with modern fashion.

What do you think of this trend?