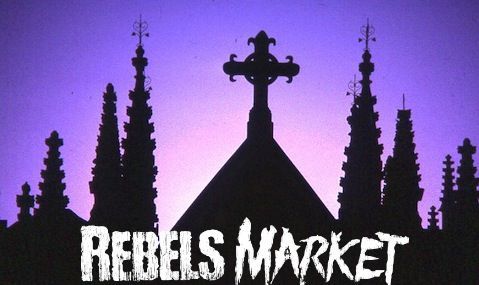 Sydney is the most populous city in Australia, making it a dynamic cultural hub and a center for underground cultures in Australasia. It hosts many internationally known museums, galleries and festivals. There are a ridiculous amount of things to do in Sydney, from mainstream to gothic and everything in between. Check out our favorite things to do down under in Sydney!

Attend the annual Sydney gothic picnic at Camperdown Memorial Park. This is a chance to don your gothic finery and eat, drink and make merry with the best of them. The picnic generally runs on a Saturday in September (7th September this year) has was founded in 2011. All Goths (regardless or style, age or anything else), steampunks, and all goth friendly people are welcome to the celebration.

Obsidian hosts a great gothic night every third week, bimonthly. Goth, industrial and alternative tunes are spun from 9pm until 4am at the Sly Fox Hotel, 199 Enmore Rd.

The event is created by DJs S.H.E and Xerstorkitte of which DJ S.H.E. is a great Goth fanatic. Keep an eye on her for more Goth related events.

Hang out at Cobweb Club Delerium

You should definitely attempt to visit the Cobweb Club; the catch is it’s not a nightclub, it’s a dayclub. Created as a social event for the older crowd (yes even Goths age!) it’s a chance to gather at a time that’s more conducive to family and career life. It’s held on the 4th Sunday of each month at the Broadway Lounge in inner Sydney. Cheap drinks, DJs, breakfast until 4pm and $9 pizzas all go down very nicely with the like-minded company.

Sydney has a plethora of goth/alternative wear shops; particularly along Enmore Rd. Gallery Serpentine, Faster Pussycat and Black Rose Books are some of the best shops on the strip. Gallery Serpentine is one of the more extensive places to shop with both off the rack and bespoke clothing available. Their label is inspired by the romance of past eras but with durability for todays costuming. For the past 16 years they have been corsetry specialists, neo-Victorian, steampunk and gothic-fetish designers.

Stay at the QT Sydney

This 200 guest suite hotel retains many of the buildings most distinctive features, such as the blend of Gothic, Art Deco, and Italiante influenced architecture that form the exterior of the building. The interior of QT Sydney is contemporary yet quirky with creature comforts such as an indulgent soaking tub, luxurious bedding and high-speed internet. There’s an inhouse bar and restaurant should you feel lazy yet peckish at the same time.

The Vaucluse House presents venerable Gothic Revival facades to Sydney Harbour. The mansion, built in spurts between 1805 and early 1860s, is in a mixture of styles and lacks the social grace of a formal entrance. Its builder, William Charles Wentworth was an early colonial statesman, whos place in society was undermined by illegitimate children and his associations with convicts. His wife, Sarah, was shunned as lacking proper Victorian respectability and the family had to socialize outside of colonial society. Come and visit their story and old family home on Wentworth Road, Vaucluse, open every Friday through Sunday.

So here’s the tip of the iceberg for discovering the alternative scene in Sydney. Have you been to Sydney before? What are your best gothic finds?