The best part about Halloween is getting to stretch those creative chops and coming up with a clever, new, or surprising costume that will astound my friends. The worst part? The worst part is ending at a Halloween party where only one or two other people bothered to think outside the box.

Halloween is a lot more fun when people put in the effort, and every person is dressed in a different costume; this is why I’ve come up with some of the most tired and overdone Halloween costumes from the last few years. Some of these costumes may have been fun and creative at first, but at this point, they no longer spark any wonder or excitement.

Don’t worry, though! This article also comes with inspiration. Instead of these tired costumes, I suggest some unique and fun alternatives that you can do instead!

Tired: “Regular Person” or “This is My Costume” Costumes 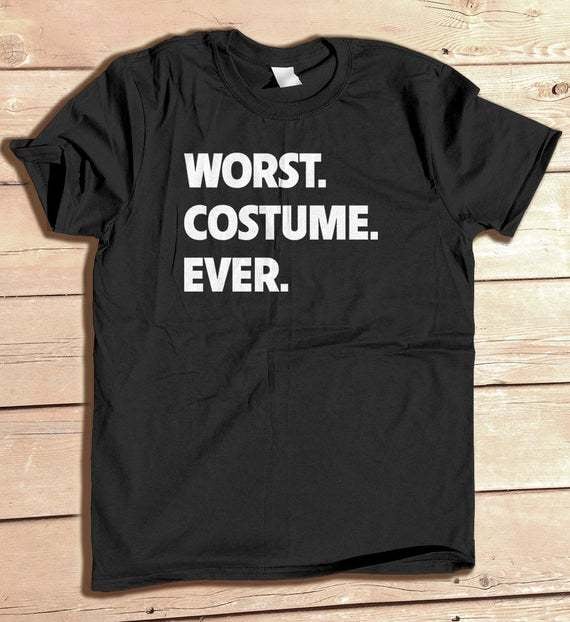 If you decide you don’t want to wear a costume at all this Halloween, well, it’s not ideal, but we can understand. However, not wearing a costume and then pretending to be dressed as an “average person” or, even worse, wearing a T-shirt that says “this is my Halloween costume” is a blatant attempt at having your cake and eating it. It’s not clever - it’s transparently lazy.

Do Instead: Low-Effort Options 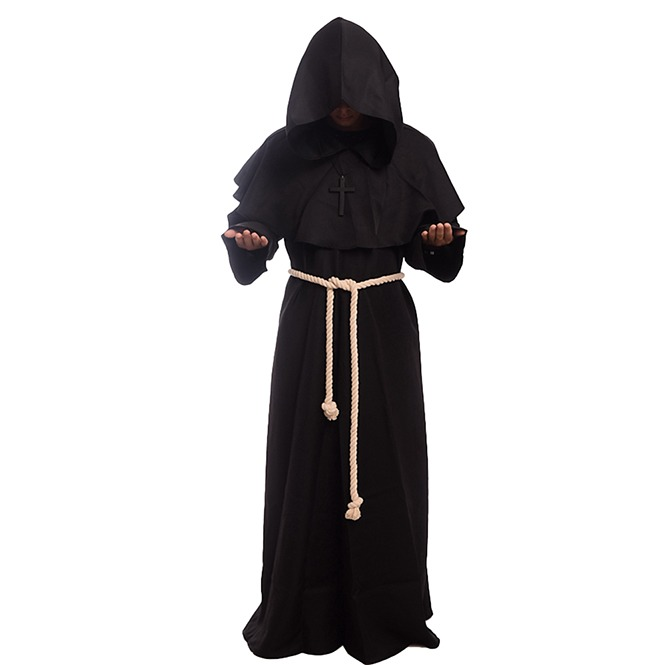 There are a ton of super-easy Halloween looks you can try instead, like going as a 404 error or filling up a garbage bag with balloons and going as a bag of jelly beans. Buy a one-and-done men’s Halloween costume like a Medieval Monk’s Robes or an animal onesie. 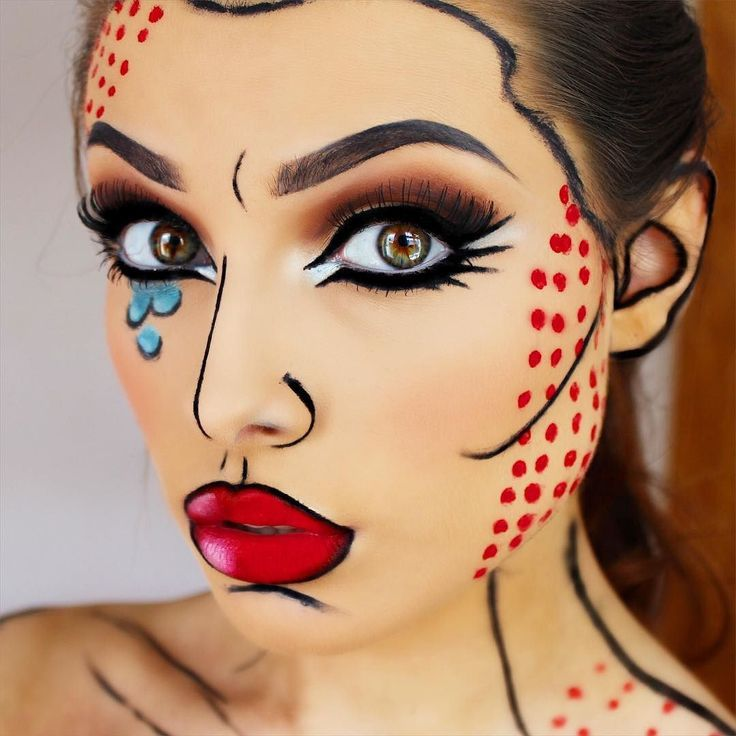 One of the most popular Halloween makeup ideas in 2015 was the comic-book-inspired pop-art look. There was at least one woman rocking pop art makeup along with some vaguely retro clothes at every Halloween party for the years that followed. It’s a cool look, especially if you’re practicing your makeup chops, but it’s not exciting or surprising anymore. Save this look for your late-night makeup sessions, but for the big night, try something different. 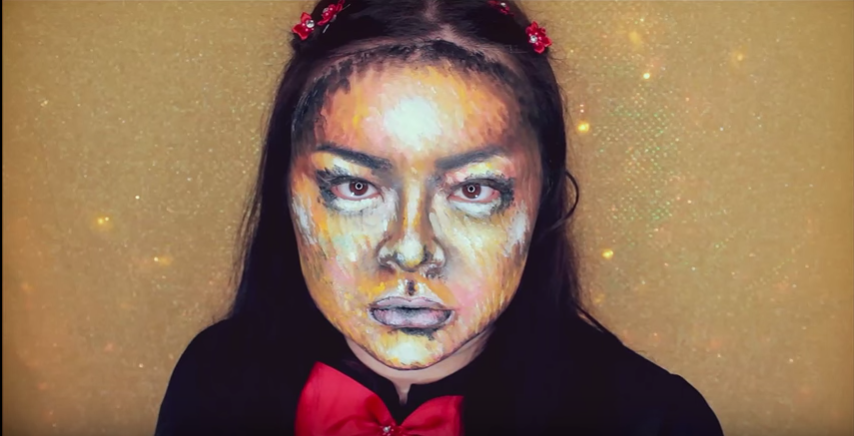 There are so many gorgeous, makeup-focused art looks that will leave you inspired! Pointillism or impressionism could make for unique techniques that will challenge your makeup skills without being derivative. Paint some old clothes to match, and you will have a great costume inspired by the world of fine art. 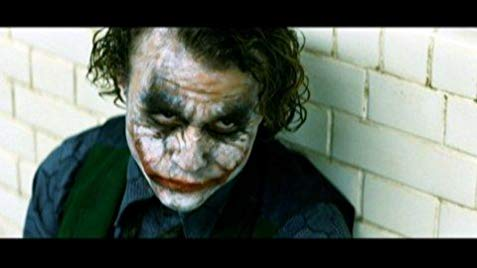 Comic book villains are great, especially if they come from the Batman franchise, but I think we’ve all seen enough costumes of Heath Ledger’s Joker over the last eleven years. The character is magnetic and gritty, so it was a great Halloween costume choice when the first film came out, but we’re ready for something new nearly a decade on.

With that being said, I’m going to make a prediction: with the new film ‘The Joker’ out, you can expect to see a whole horde of Jokers modeling their look after Joaquin Phoenix - this costume is tired before we’ve ever seen anyone wearing it.

Do Instead: Jack Nicholson’s Joker 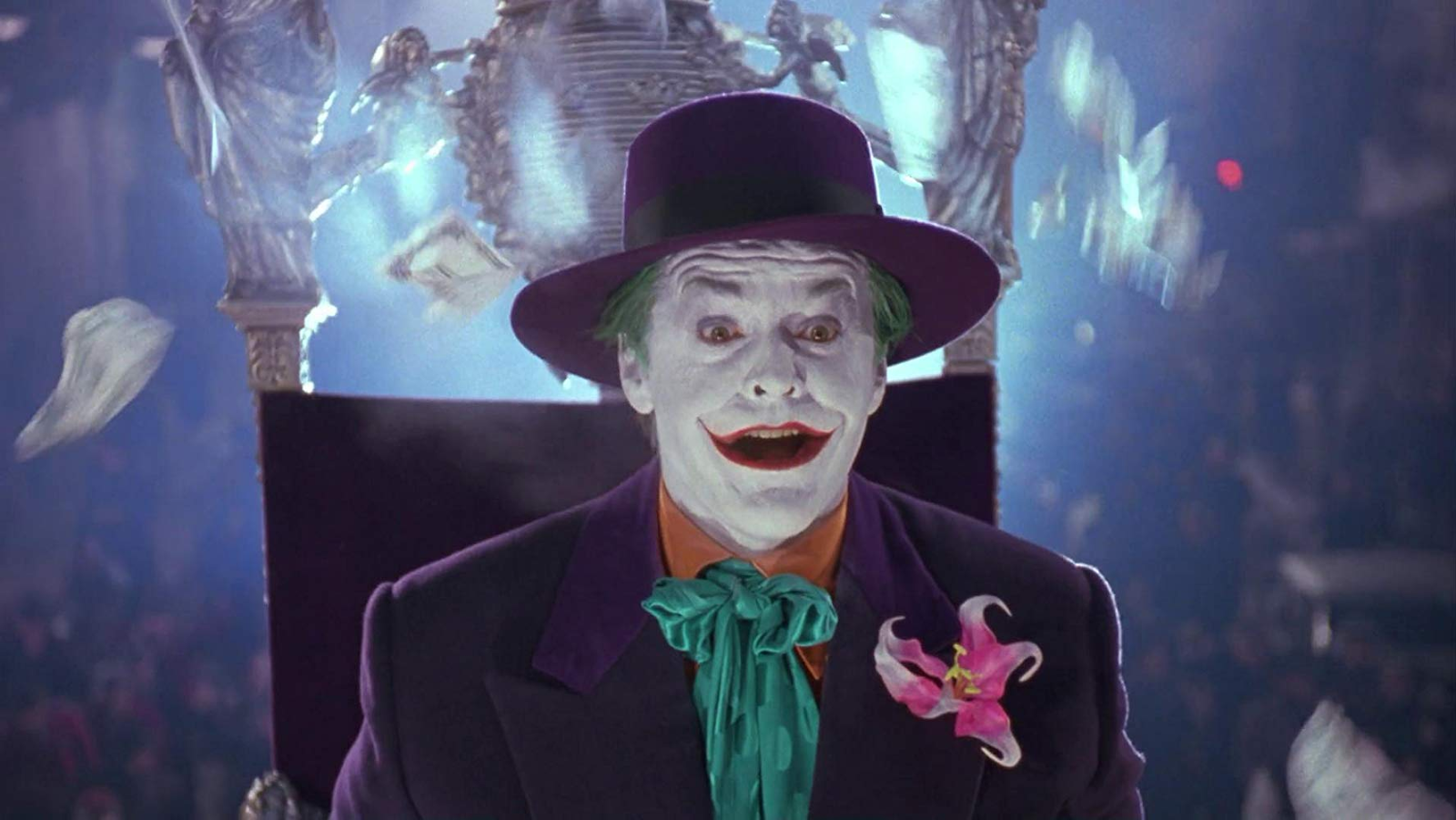 If your heart is set on a DC universe clown costume, aim for Jack Nicholson’s Joker instead. With his purple suit and green hair, the Joker from the 1989 film was a dapper killer clown with a wicked sense of humor.  Rock this evil clown costume and watch how you will stand out. 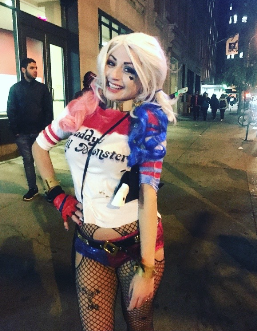 Like Heath Ledger’s Joker, Margot Robbie’s Harley Quinn is also wholly overdone. Even though Suicide Squad only came out a few years ago, we’ve seen so many women dressed up like the anarcho-Femme Fatale clown that it feels like it’s already been a decade.

While we like the punk vibes the character exudes, seeing 12-year-olds wear the costume also ruins things a little.

Do Instead: 90s Harley Quinn Style or Other Badass Females 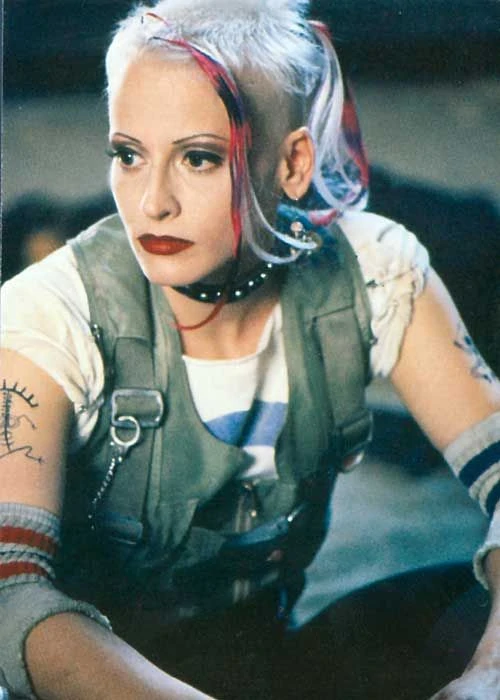 There are two directions we think you can go in! Try a look inspired by the 90s cartoon iteration of Harley Quinn if you’d like something sexy. If it’s the punk aspects that appeal to you about the character, we think Tank Girl is a great choice who happens to have a badass feminist story. 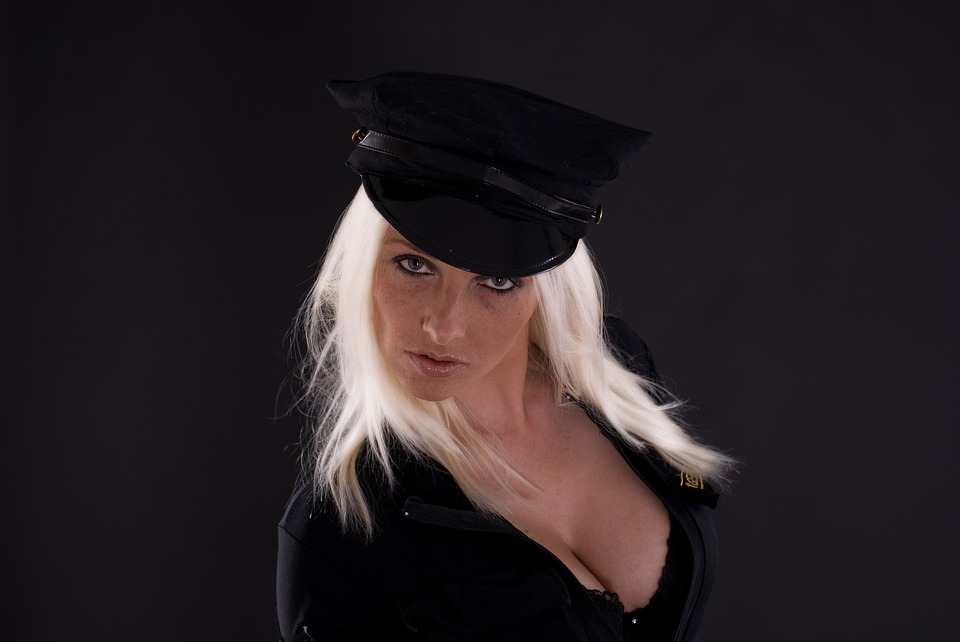 Don’t get me wrong, Halloween is an excellent opportunity to turn up the heat and rock something steamy. Please, go ahead and show as much skin as you like! The issue is that many sexy costumes are boring and overdone, which kills some of the allure.

You can still rock a sexy look at your next Halloween party out there without falling back on the usual old tropes of sexy nurse, playboy bunny, or scantily clad cop.

Do Instead: Sexy and Innovative 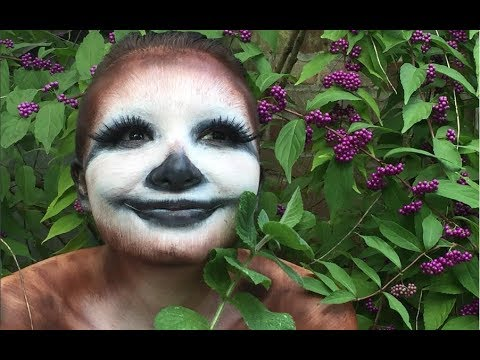 If you’re attending a party or event where it’s appropriate, do something sexy, but keep it interesting! You can choose a person or character known for their sex appeal, like Jessica Rabbit or Bettie Page, or go for something unusual like a sexy sloth.

I take back what I said about sexy nurses, though - I believe the world is ready for some sexy male nurse costumes. 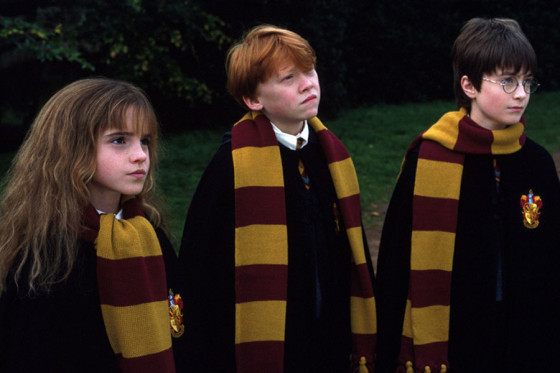 I appreciate Harry Potter as much as the next millennial. Still, after two decades of loving the book series, I can say wholeheartedly that Harry, Hermione, and Ron costumes do absolutely nothing for me. The wholesome trio is just a little bit too obvious, especially for fans of the expansive and fascinating universe of the books.

Do Instead: Literally Any Other Witch, Please 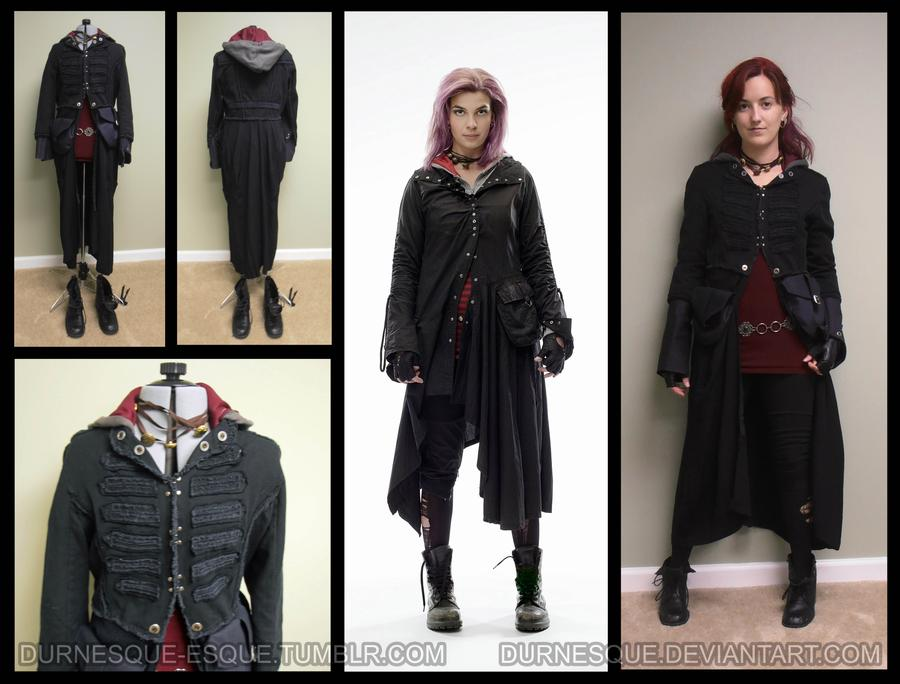 If you’re committed to the universe that JK Rowling created, there are a ton of badass witches and wizards that could make for an awesome costume.

You can practice your old-age makeup skills with a costume of Professor McGonagall or dye your hair and put together a punk-rock witch costume to go as the Auror, Nymphadora Tonks. If you’re open to branch out, consider some iconic witches from other books and films.

Tired: Other Cultures as Costumes 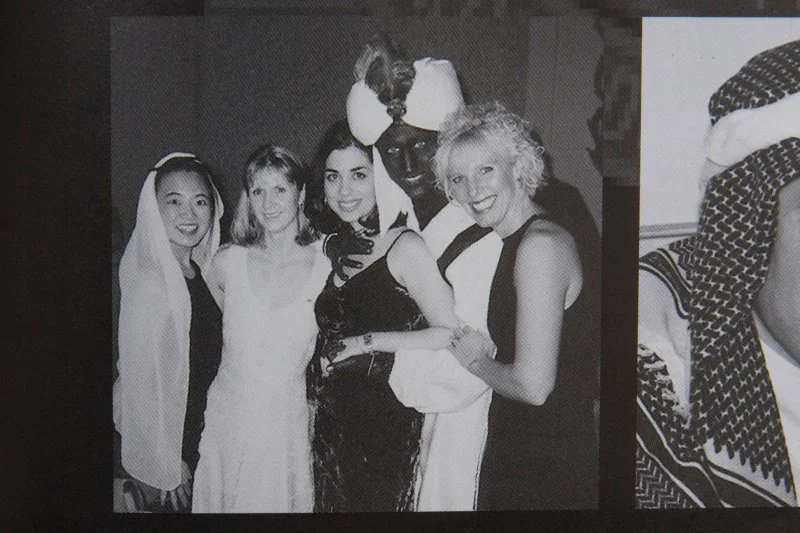 Hopefully, this doesn’t need to be mentioned, but there is no circumstance where it’s okay to paint your face a darker color to pretend to be of a different race. However, culturally insensitive costumes can go a step beyond blackface or brownface.

Costumes like “Mexican” or “Jamaican” are almost always inappropriate since you can’t distill an entire country’s population into one costume without resorting to harmful stereotypes.

Do Instead: Respectful Representations 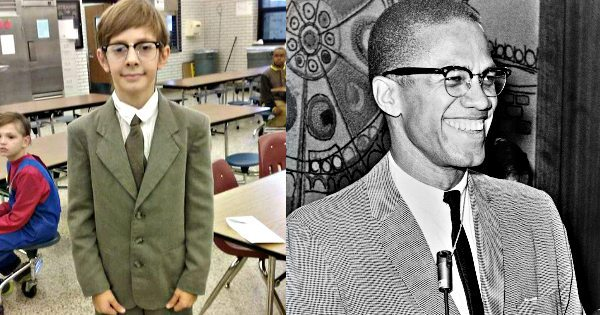 With that being said, dressing up as a specific person of a different race than you, especially if you admire them, might be okay. Adopt their hairstyle, manner of dress, and maybe a few key props, but avoid any face paint. Even if you choose to go in this direction, consult a few friends from the culture you would be representing in your costume - you might have some blind spots regarding their cultures or lived experiences that will influence how your costume will be perceived.

Hopefully, this time around, we’ll see nothing but excellent and original Halloween costumes. Did we miss any Halloween costumes that you are sick of seeing year after year? Do you have some alternative suggestions you think people should try? Comment on Facebook to let us know!