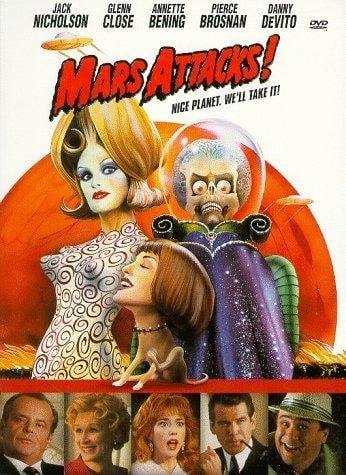 This movie is a kitschy, fun bit of pop culture. Based on pulp comic trading cards from the 60's, this movie is set in the early 90's. Despite this, the film retains a lot of the feel of the pulp films of the 60's and influenced a little surge in the housewife-style dress. Add to that the body-hugging dress Missi Pyle wears with the red, glittery swirls, and you've got a whole lot of perfect weirdness.

9. Charlie and the Chocolate Factory 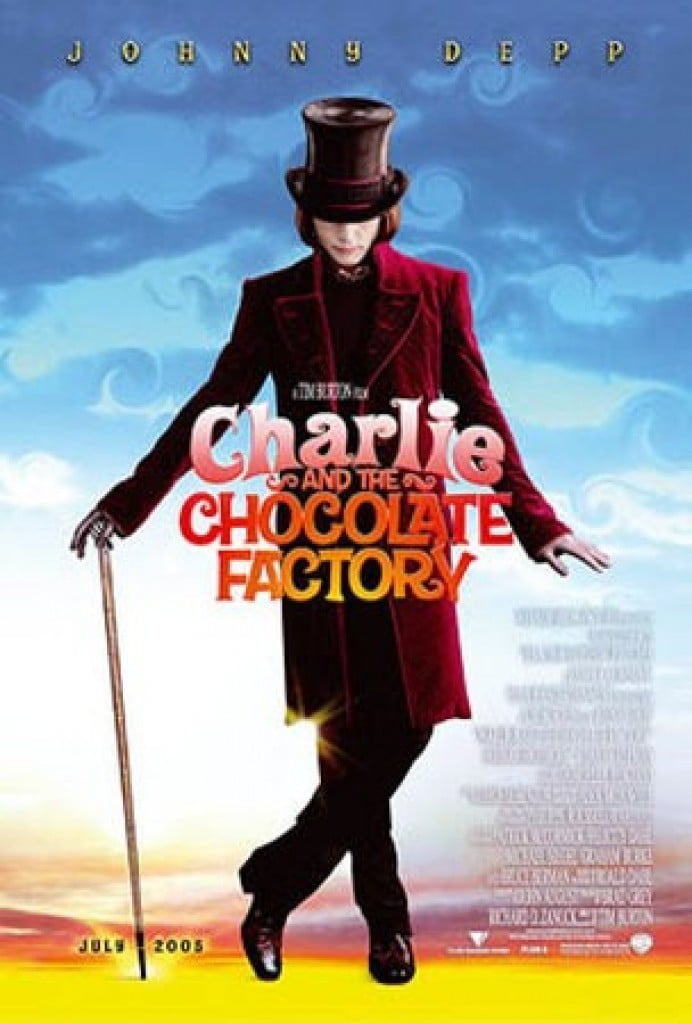 In this remake, Tim Burton pairs up with Johnny Depp in what won't be his last appearance on this list. Johnny is enough of a style draw in the first place, but in this movie, he really rocked the big hat, coat, and goggle look. In fact, the goggles were so iconic to the look of the film, there was a limited release of them inspired by the ones in the movie. It's hard to get more influential than getting your own kooky goggles printed! 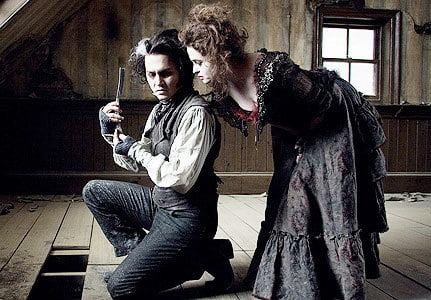 See, we told you Johnny Depp would be back! In what is the exact opposite of Willy Wonka, Sweeny Todd is a murderous, troubled man in Victorian England. We see a ton of the tattered clothing of the lower classes, and plenty of stripes (another Burton hallmark). Our favorite style here, though, is the stripe in Johnny's hair. It's like someone revamped our favorite teen X-Men character as a hot, male, vamp-ish psychopath. Yay! 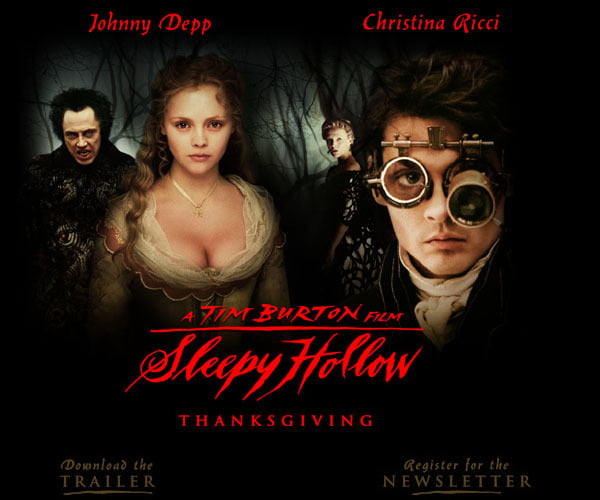 Sleepy Hollow brings back Depp again (seriously, we can't get enough of him, and neither can Burton), and it also revisits the Victorian-esque style. In a fun twist though, Depp's Ichabod Crane brings in our favorite new genre- steampunk! He's a total technophile, obsessed with gadgets of his own creation to help him figure out the creepy goings-on. Also a favorite- the black and white dress worn by Miranda Richardson towards the end. Yum! 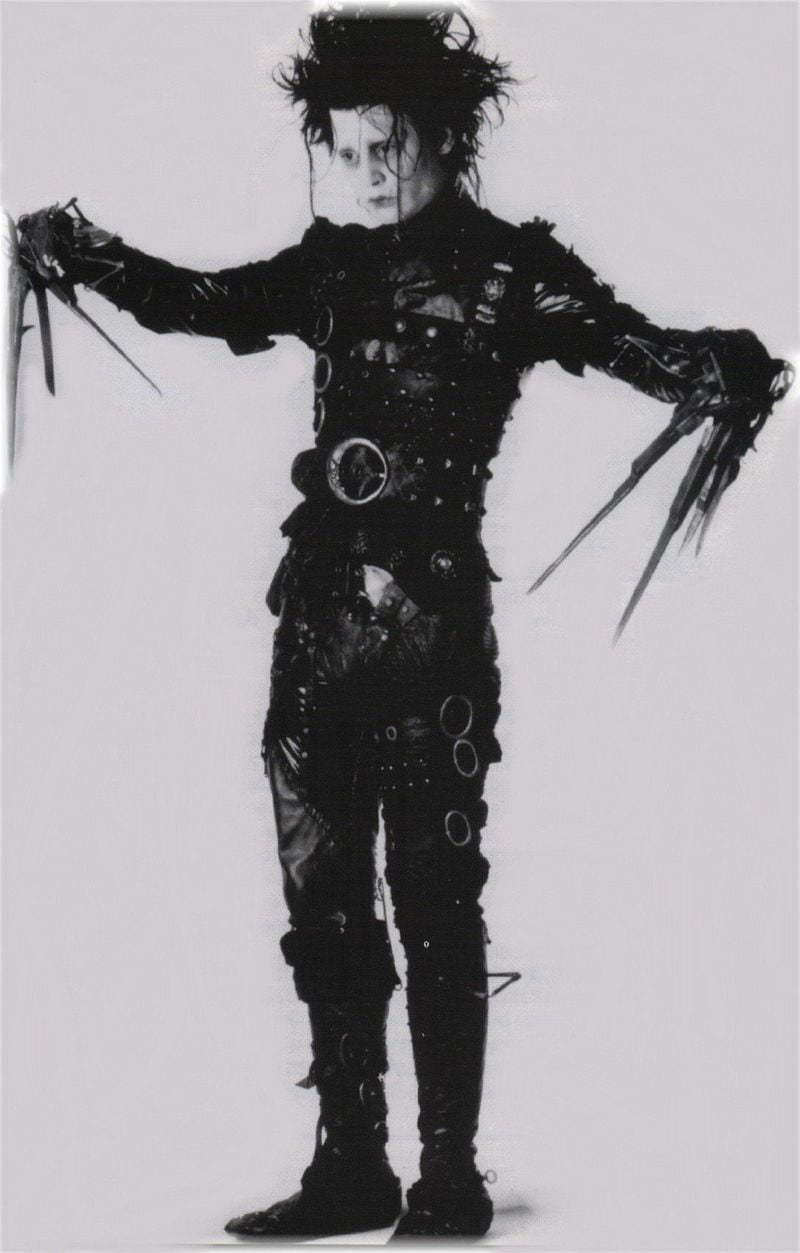 Yeah, it's Johnny Depp again. In what may be his most iconic goth role, he plays the title character alongside a blonde (!) Winona Ryder. Goths everywhere immediately recognized the Robert Smith style hair and paled out makeup, and wondered where they could get an outfit seemingly made entirely of straps and buckles. Seriously, that is one hot outfit! 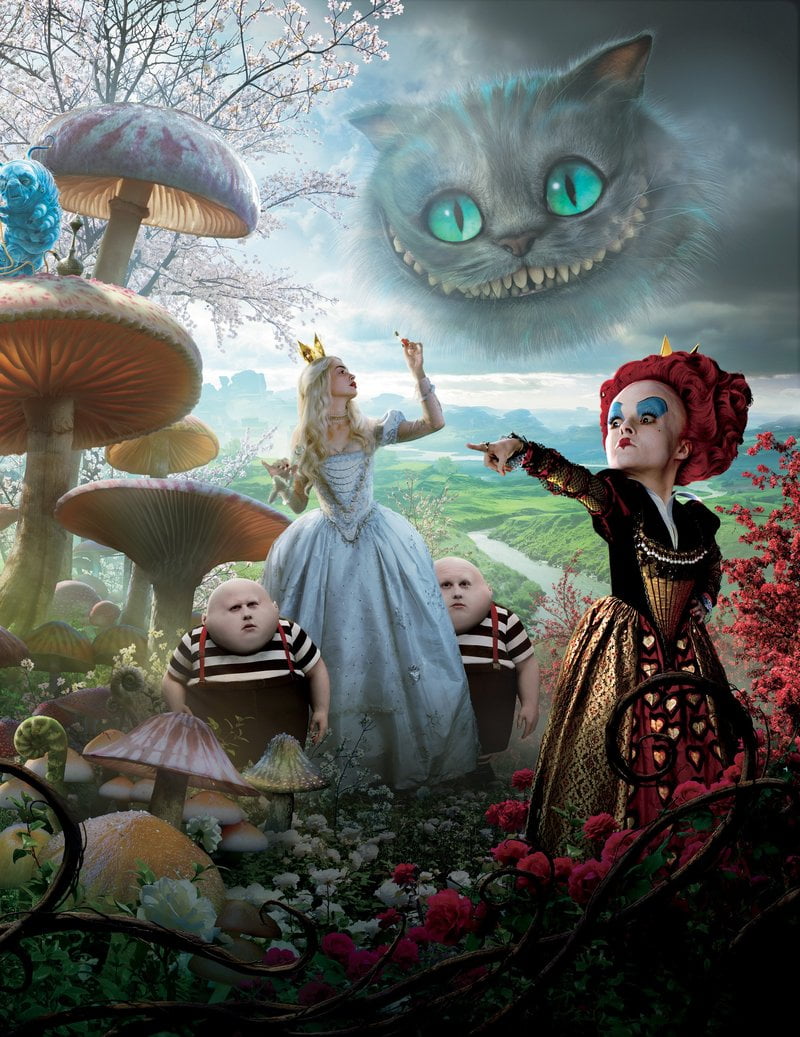 The otherworldly, dream-like quality of Alice in Wonderland has long been a staple in the aesthetic of those who follow their own path. When you add Tim Burton, you take all of that and add a dash of weird- a perfect storm of fun and freaky styles. From the big red hair on the Queen of Hearts to the ghostly visage of the White Queen, there are more amazing looks in this movie than you can shake a stick at. And yes, Johnny Depp is here too, as the wonderfully mismatched and troubled Mad Hatter. That's not even mentioning the actual merchandise made for the movie...or the gorgeous gowns worn by all the ladies in the film, most notably the blue dress of Alice. 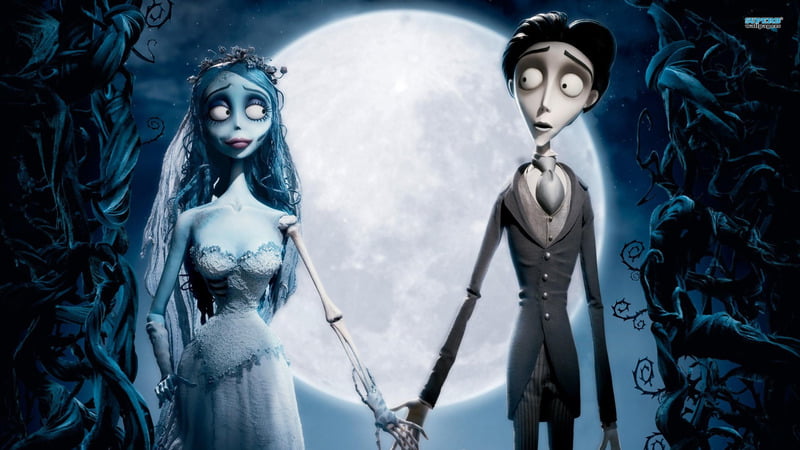 One of Tim Burton's stylistic masterpieces, the Corpse Bride is a truly unique piece. Filmed in the stop-motion style that Burton began in, the characters are loveable and stylistically adorable. With a bride of blue and her lacy white dress paired to the unwilling groom in grey, the color profiles are so sophisticated and posh. Contrasting that is the quirky makeup and dead flower wreath, perfect for an easy halloween inspiration! That doesn't even mention the everyday potential of the leggings and dresses bedecked with these characters. 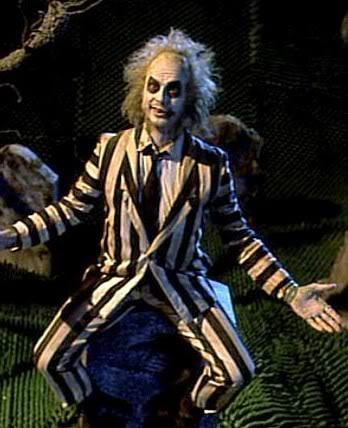 This movie saw the emergence of a major recurring theme in Burton's works- bold black and white stripes. Just about every movie he's done has them, but this flick has the main character wearing an entire suit of them! It's the perfect suit for a creepy guy like Beetlejuice (or is his proper name Betelgeuse?), but now the pattern has popped up all over the alternative scene. And let's not forget about Lydia Deetz, played by a much darker Winona Ryder. She sulks around in classic, over-the-top goth wardrobe (I seriously spend months of my life seeking out a giant hat like hers) and has the perfect moody one-liners throughout the entire movie. Toss in that red wedding dress, and you've got an instant style icon. 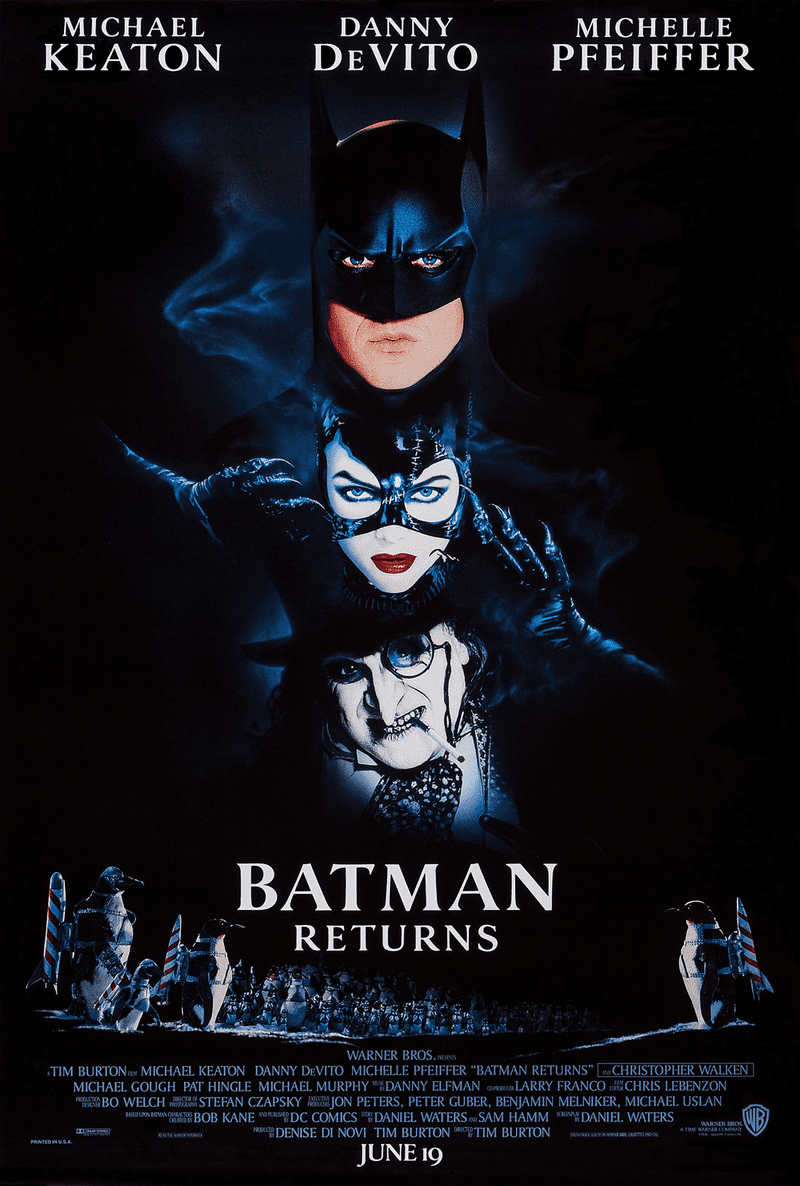 So this is a pretty great movie, and probably my favorite Batman. But we all know why this is such a style icon, right? I'll just leave a reminder here: 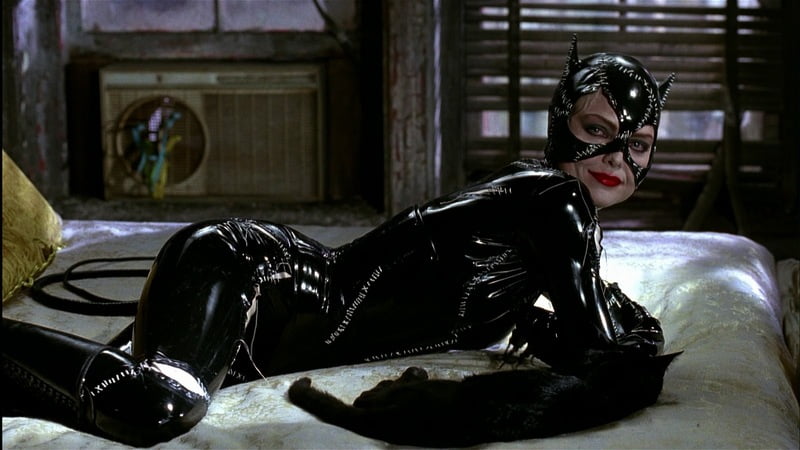 1. The Nightmare Before Christmas 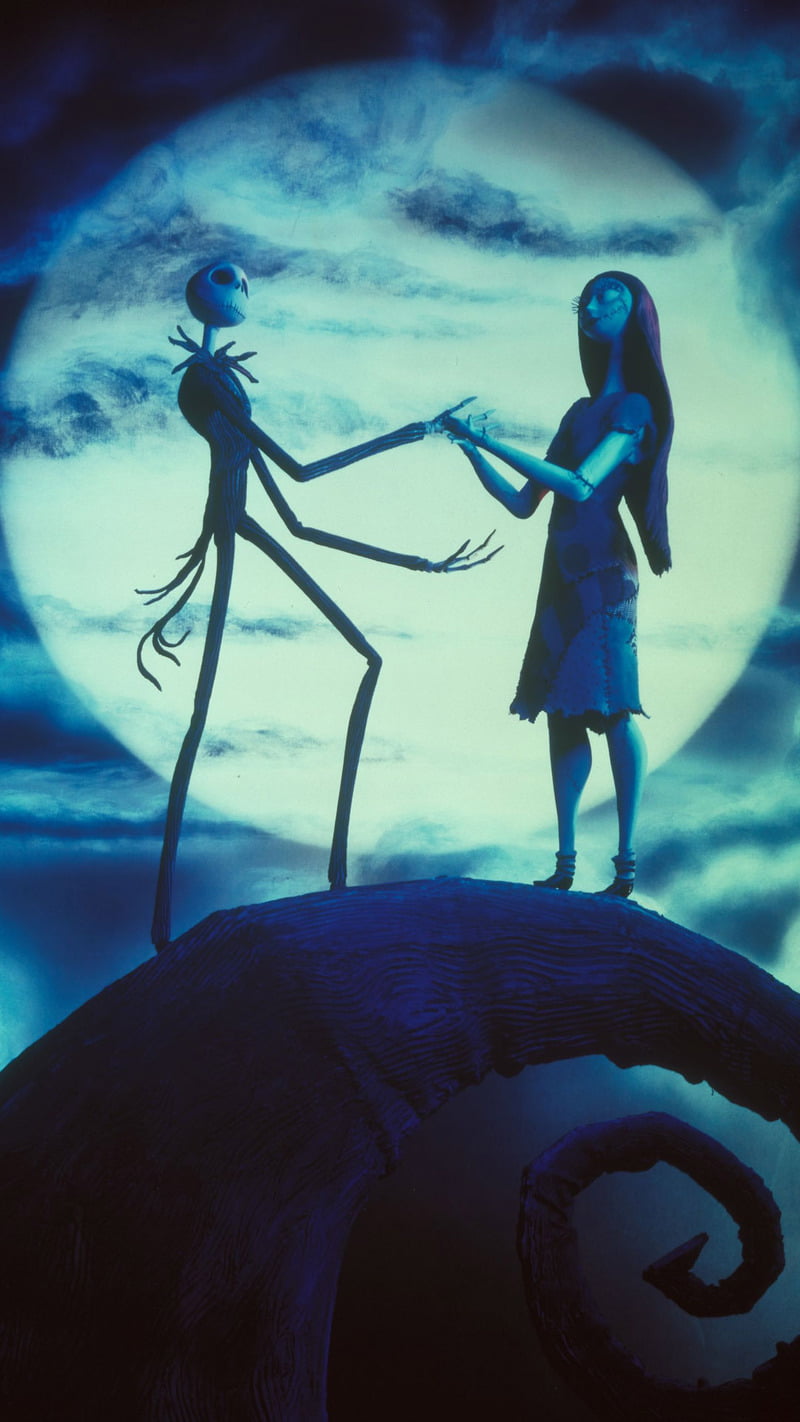 This is probably the most loved movie Burton has ever made. The romance it follows is classic and a little sad, the music is amazing, but most importantly, the characters themselves are beautiful and amazing. While this movie may not have inspired fashion in and of itself (aside from making pinstripes look the best they ever have), the amount of clothing you can find with Jack and Sally on it is staggering. That's not even mentioning the The Nightmare Before Christmas jewelry, bags, stockings, hats, and who knows how much else is out there! This movie is so beloved that artisans keep making new items with the characters, even more than twenty years later. When it comes to Burton and style, it's simply meant to be.

What is your favorite Tim Burton movie? Tell us in the comments below!

The 14+ Most Popular Vampires From Tv And Movies 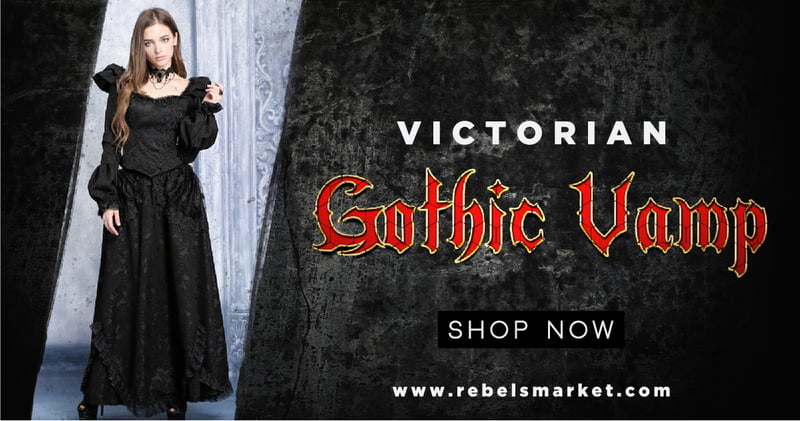