Ultimate Guide On How to Be A Gothic Lolita

As you may already know, lolita fashion is one of the top street fashion trends in Japanese culture. It has become so popular in fact that it has been taken in many different directions in Japan, creating subsets of the lolita community. While lolita is definitely popular in Japan, it’s also gaining a lot of popularity in the Western world as well. 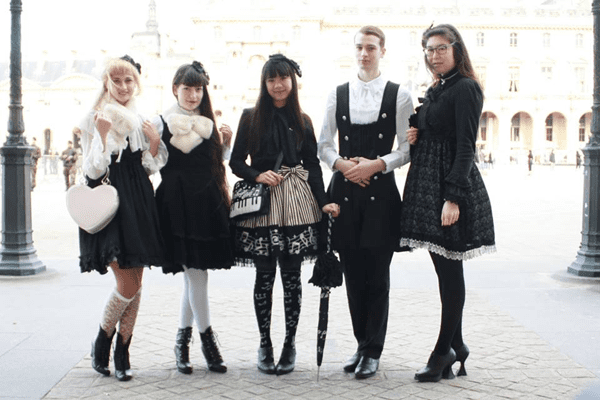 Lolita fashion is meant to make the wearer look innocent and youthful, but when it’s paired with the dark edge of goth culture, you are left with a much darker subculture of lolita- the gothic lolita. But, if you want to be goth lolita, either for life or through cosplay, this is the ultimate guide on how to be gothic lolita. 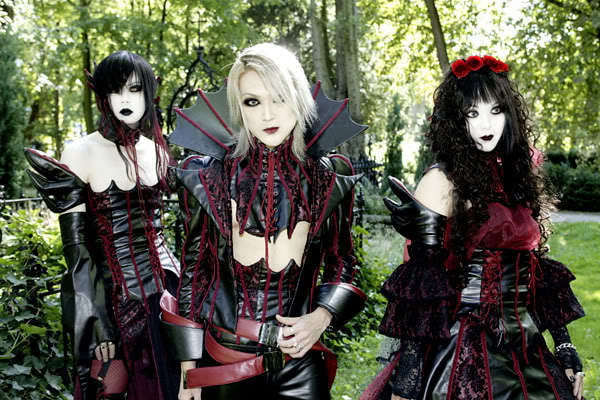 Gothic lolitas, much like traditional goths, will favor dark colors such as black, deep reds, purples, and blues. However, they may also use white and cream as accents. Rarely will you find gothic lolita wearing bright or pastel colors? 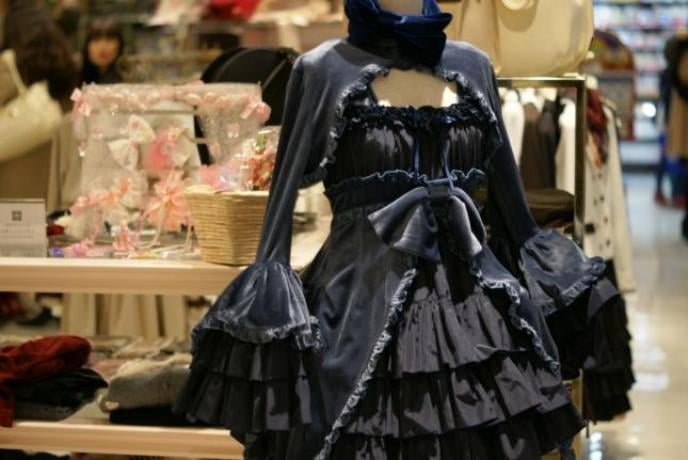 You’re going to want to start from your first layer and work your way out. Most lolita dresses will be bell-shaped; gothic lolitas are no exception to this as they do draw heavily from Victorian and Edwardian era clothing. You will typically want to wear a petticoat or pannier used to fill out the skirt of your lolita dress or skirt.

For the sake of modesty, much like your Victorian-era women, gothic lolitas will typically wear bloomers along with their typical underwear to ensure modesty if their petticoat flies up during a windy day.

Gothic corsets may also be used to achieve a different shape if you so desire, as they with them you can get a smaller waist and accentuate the shape of your dress. However, a bustier or a corset will only occasionally be worn over the top for gothic lolita fashion. It is often an undergarment that isn't seen once you’ve gathered your top layers. 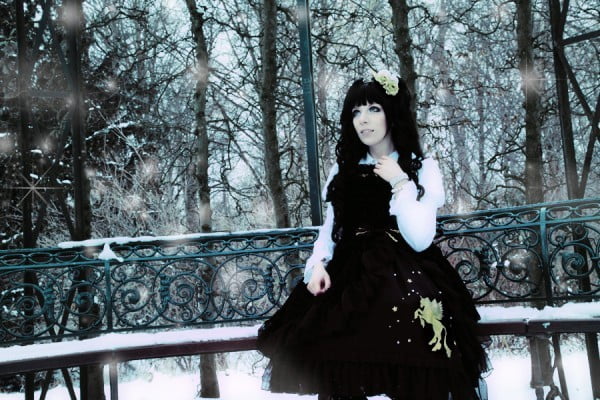 You’ll want to wear a well-tailored blouse. Typically these dark-colored blouses will be heavily tailored with pintucks, embellished cuffs and necklines, and embroidered details. Typically, you will want the blouse to be closely fit to your body. Steer clear of any overly baggy blouses for a polished gothic lolita look. 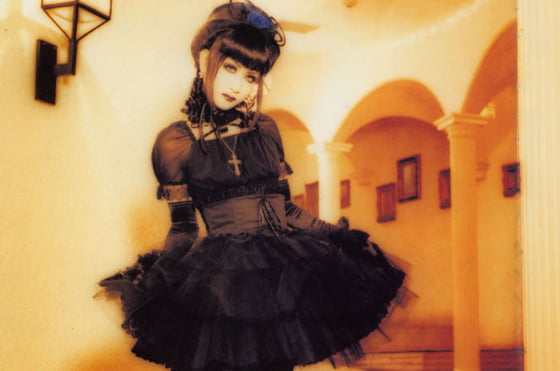 You will likely want to choose an embellished gothic skirt or one-piece dress. These will typically include bustles or even ruffles. The skirt should sit at your natural waist, not at your hips and should hit just above or below the knee. If you’re going to use a jumper skirt rather than a one-piece dress, you’ll find that the high-waisted nature of the skirt will cover part of your blouse. In this instance, make sure that the overall patterns of both pieces are cohesive enough for a polished look. 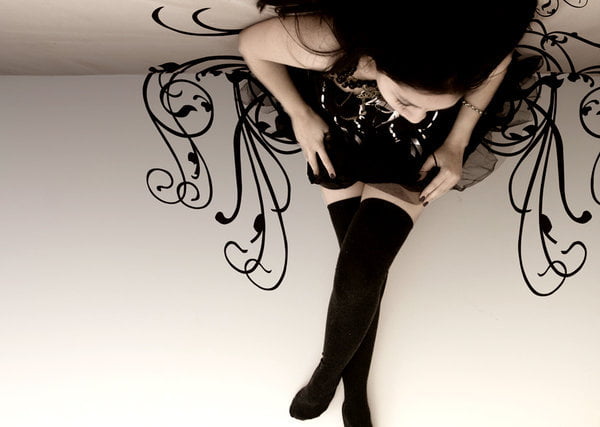 Choosing the Right Socks or Stockings:

Gothic Lolita fashion is modest by nature. You’ll want to pick a pair of cute tights or stockings that rest above the knee. If you are wearing stockings rather than tights, you’ll want to add a garter under your bloomers to hold up your stockings. Most gothic lolitas will wear an opaque stocking in black or other dark colors instead of the sheer nylon tights. 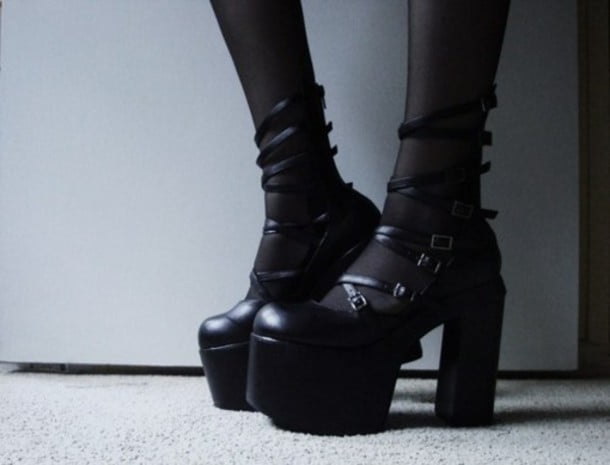 Gothic lolita footwear should be black, or at least dark in color. Boots, mary janes, and strappy shoes are the usual choices. There are plenty of options that have embellishments like frills, plaid accents, or chains, so you can coordinate your shoes with the rest of your outfit. 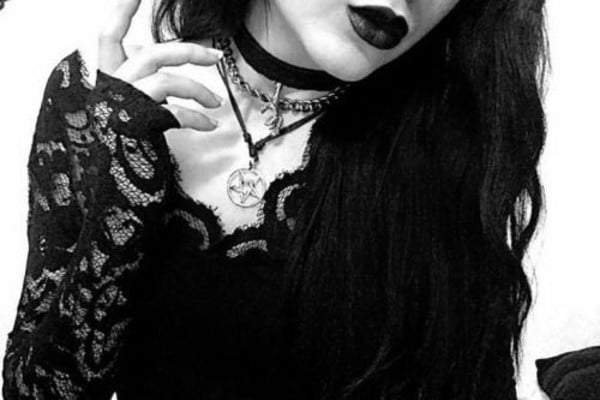 Accessories such as silver jewelry with gemstones in the shape of crosses or caskets are common in gothic lolita. However, the most predominant accessories are the hair accessories. Tiny top hats, headbands, combs, clips, or even a large Alice bow would suit gothic lolita fashion. Parasols are also commonly carried by gothic lolitas to shield themselves from the sun. 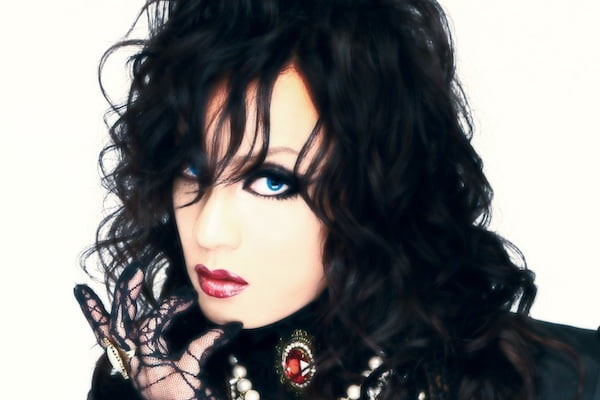 Gothic lolita makeup usually borrows from a natural look. However, they will often time be seen with edgier smoky eyes to add drama to the look. It all depends on your personal style, though, and it certainly isn't unusual to see more extreme examples of gothic makeup from mild to wild.