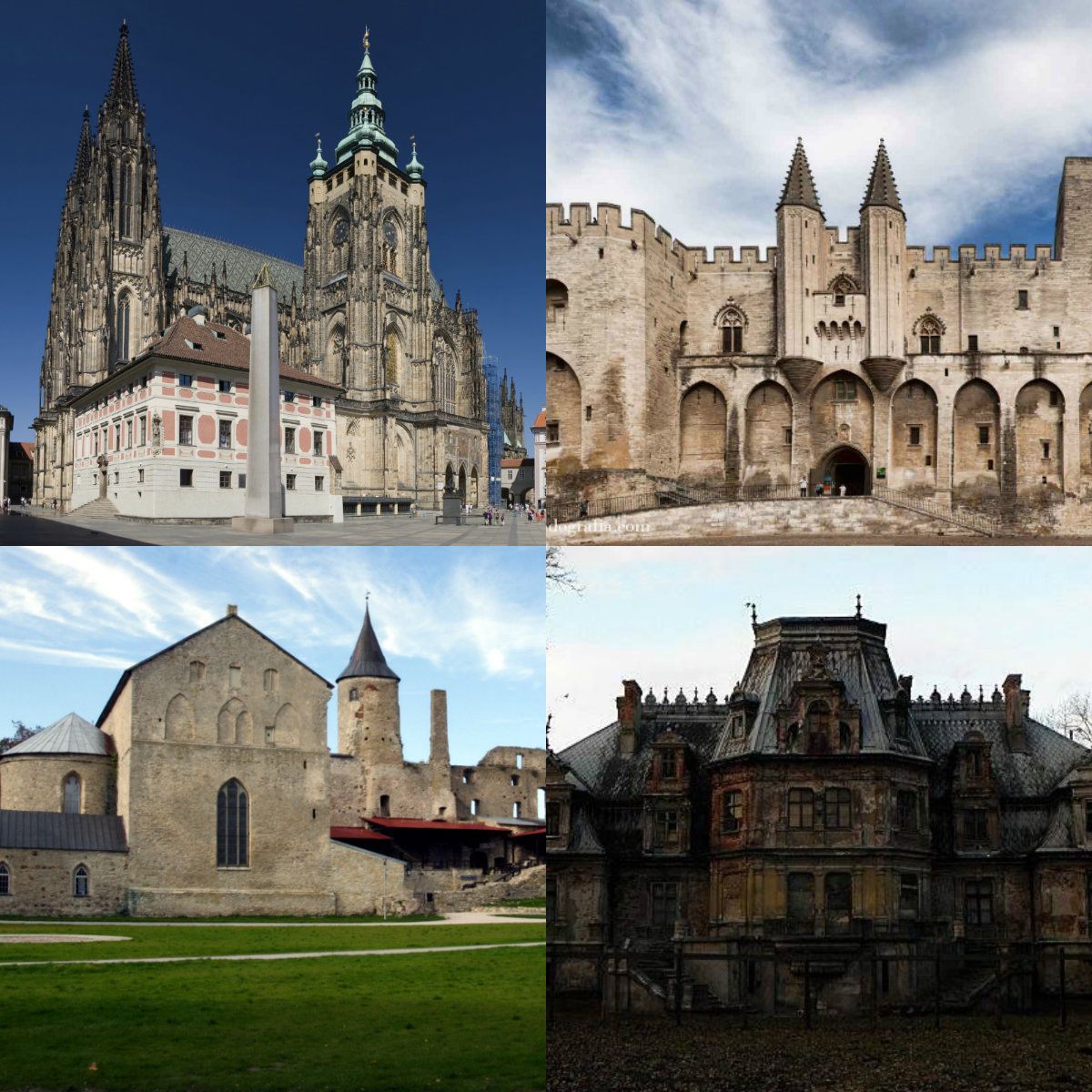 Before the word Gothic came to be associated with romantic horror novels of the Victorian Era, it described an architectural style that flourished from the 12th to the 16th centuries. Gothic buildings capture the imagination of modern-day Goths and art lovers for their history, grandeur and other worldly, imposing designs.

You won't find gargoyles or vampires in or on these castles, but their stories – and modern accessibility – make these structures inviting to anyone drawn to old and mysterious architecture.

Prague Castle, and the town contained inside its walls, is one of the most impressive architectural marvels in the world. With history stretching back to the late 9th century, the Guinness Book of World Records has declared it the largest ancient castle in the world. Within the castle walls are four palaces, four churches and many gardens done in various architectural styles of the last millennium. 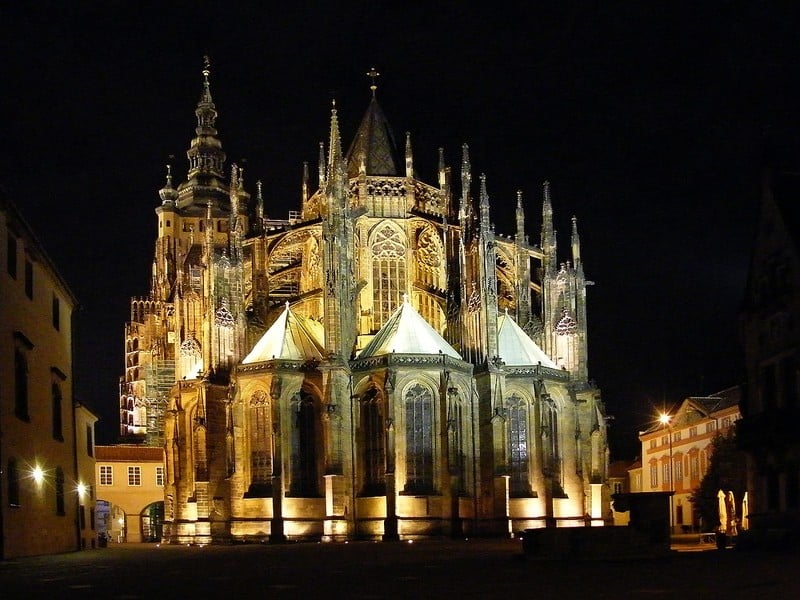 The magnificent Gothic castle itself was erected in the 14th century and the Gothic cathedral completed some 600 years later. In 1918, the castle became the seat of the president of Czechoslavakia (later the Czech Republic), and has continued as such until today - except for a brief occupation by the Nazis during which Hitler himself slept in the castle. 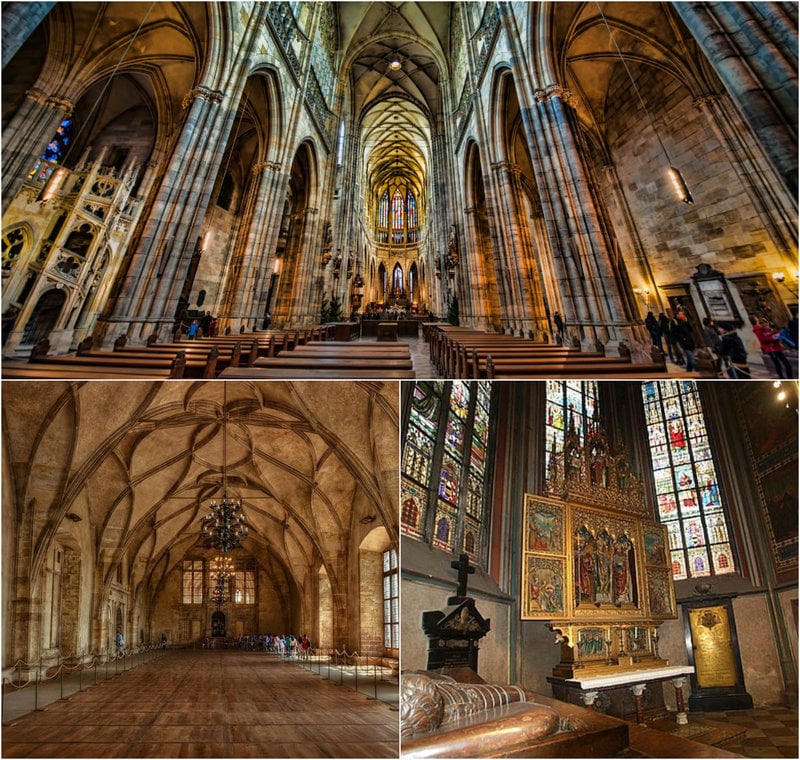 The combination of fairytale and Gothic aesthetic of the Mir Castle is underscored by a storied past. Built in Gothic style in the early 1500s, the castle was redesigned after the owner's death to include many Renaissance details in the interior. 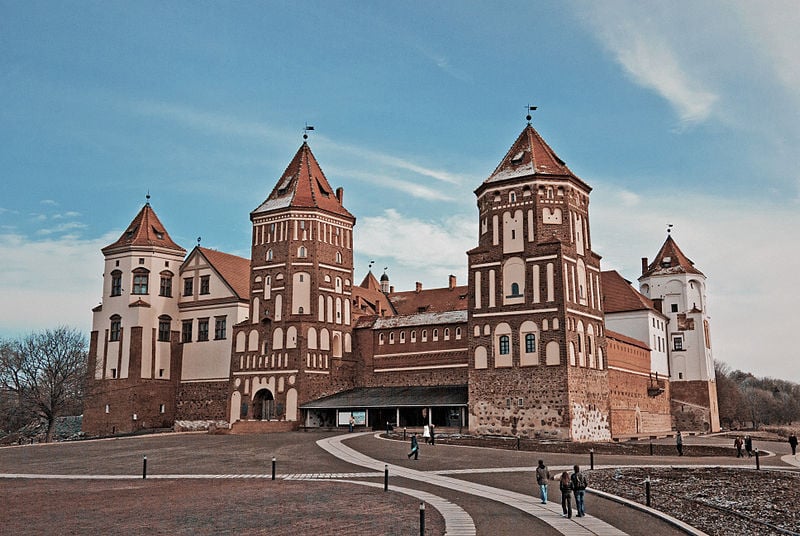 The castle sustained heavy damage during the Napoleonic wars of the early 19th century. In the late 1800s, new owners began restoring the castle to its former glory. In 1939, the Soviet Union occupied Belarus, and Mir Castle came under its administration as a result. Finally, when the Nazis invaded the area in 1941, it was used as a Jewish ghetto. In 2000, it was declared a UNESCO World Heritage site. 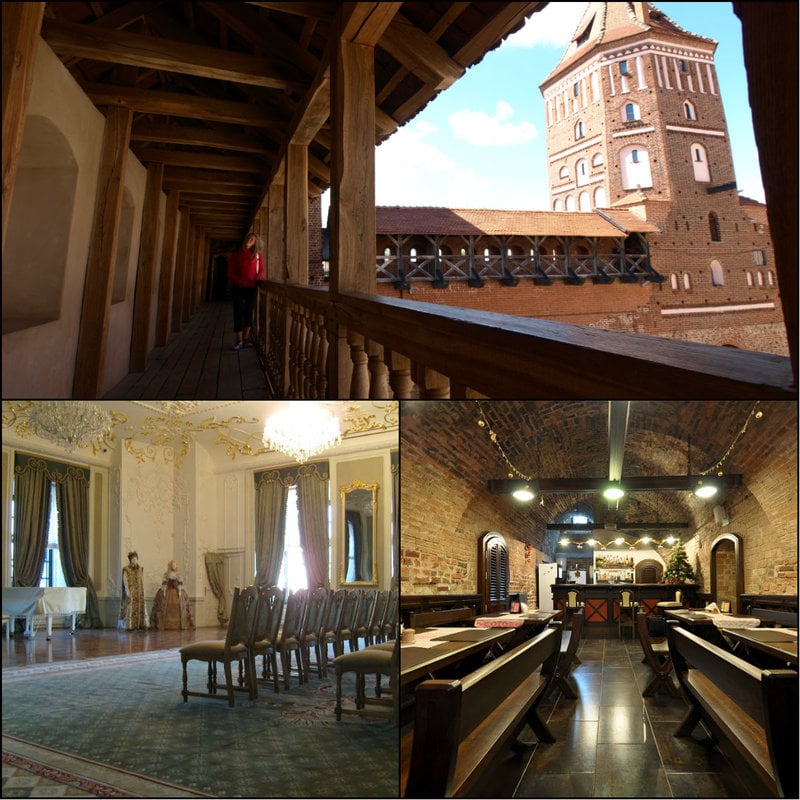 The most fascinating aspect of Haapsalu Castle, which has a history stretching back to the late 13th century, is what's most unreal about it. According to legend, on the night of the full moon in August, the White Lady appears on the inner wall of the chapel inside the castle. 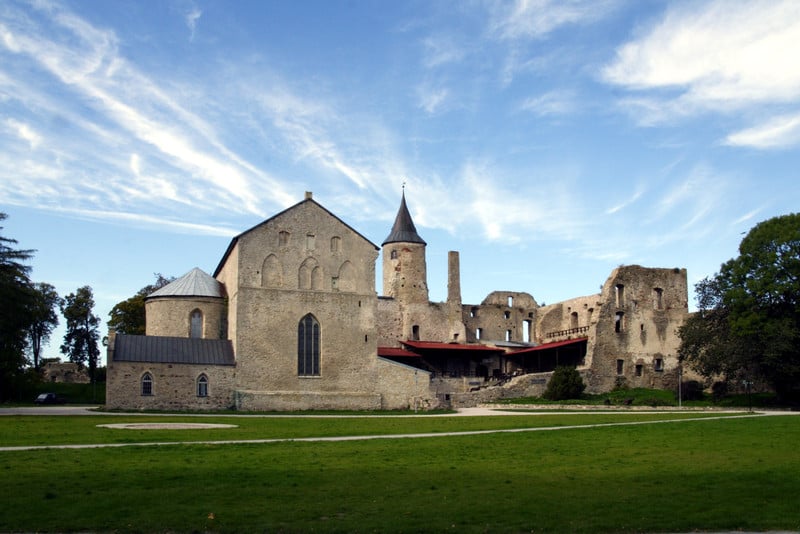 As the legend goes, a priest of the castle – then the seat of a bishop – brought a woman he had fallen in love with into the castle. Since the act was punishable by death, she kept her gender secret by masquerading as a choir boy. Once her identity was discovered, the priest was left to starve to death in prison, and the woman was immured, or trapped inside the chapel wall. You can hardly blame her for coming back to haunt the cruel men who killed her. What's less sensible is that a music festival – the White Lady Days festival – is held here every year on the night of the full moon in August. 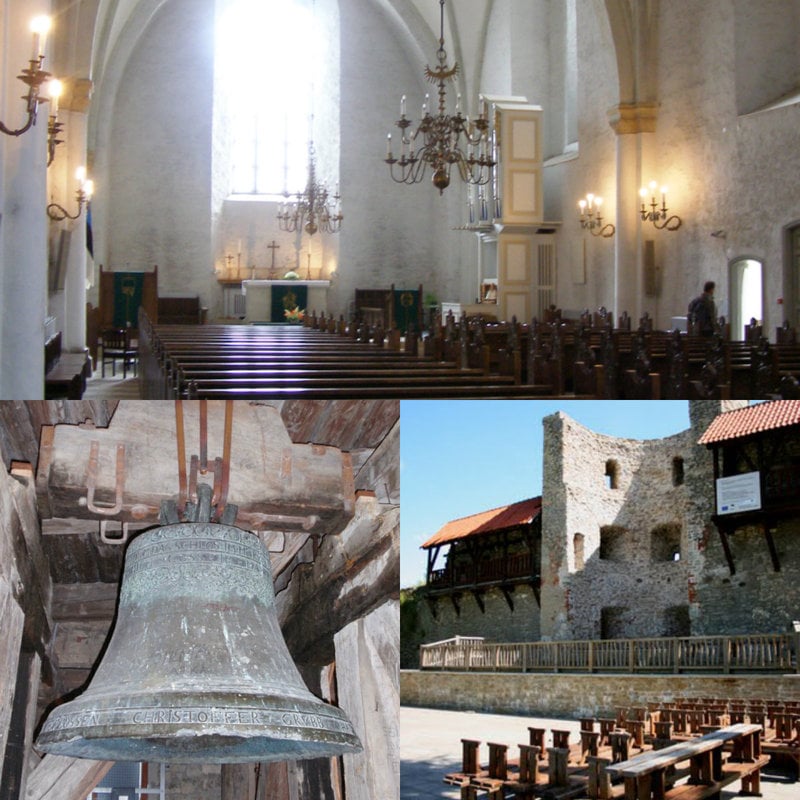 Toompea Castle, which sounds like something magical from a Hayao Miyazaki film, has a history that mixes myth with centuries of conflict. The Estonian mythical figure Linda is said to have constructed the hill on which the castle rests; the structure itself dates back to the 9th century.

Danes and the Teutonic Order held the castle during the Middle Ages. Between the 15th and 19th centuries, the region was fought for, and claimed by, Poland, Sweden and Russia. Today, the castle houses the Estonian Parliament. Oddly, the castle interior is now Expressionist. 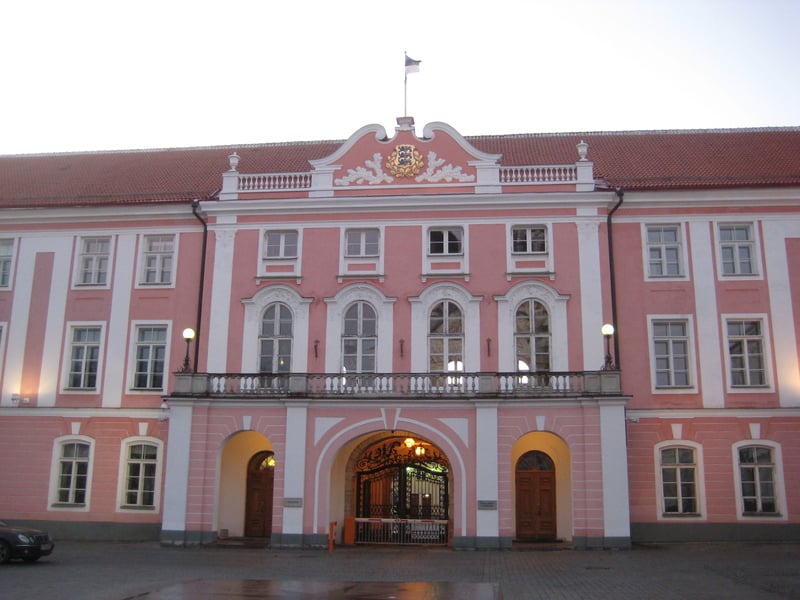 Part of Toompea Palace that houses the Parliament

Originally built in the 12th century out of earth and timber, the original Castle of Diosgyor was destroyed in the Mongol Invasion in the 13th century. It was however rebuilt by the early 14th century; more recent reconstruction starting in the 1950s has restored the castle to its former glory. 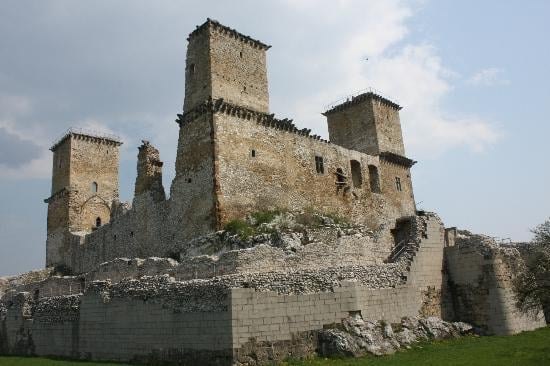 Today, the castle is a veritable themepark. The tower which held the King's quarters is now a museum of the area's medieval history, and there's a wax museum showing scenes of local medieval life inside the castle walls. 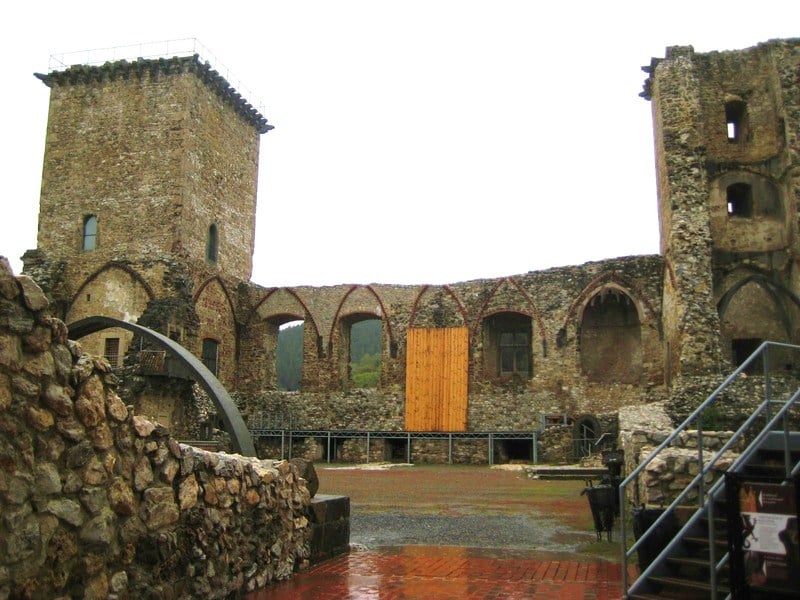 Inner courtyard of Castle of Diosgyor

Each May and August you can catch theatrical performances on the castle grounds and enjoy a medieval fair, and on the second week of July there's even a major music festival. 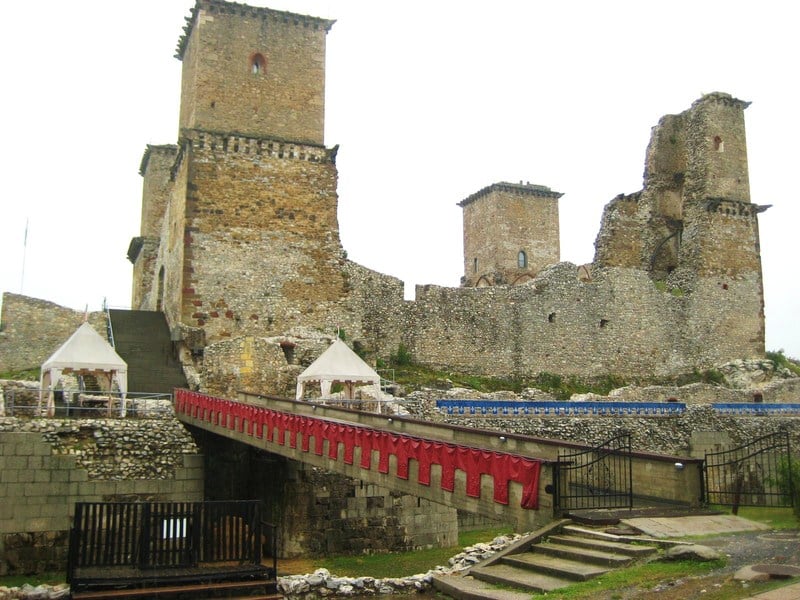 Lovely Malbork Castle is the largest brick building in Europe to date, and the world's largest castle by surface area. Built in the 13th century, the castle has seen many fortifications added over the years by its owners, the Teutonic Order. 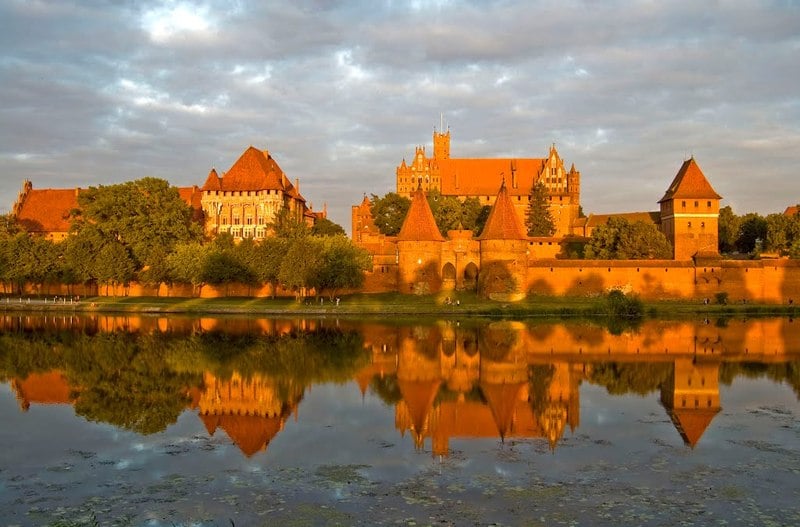 Malbork Castle from across the Nogat

What looks like a single structure is actually three castles: the High, Middle and Lower castles, which are separated by dry moats and towers. At one time, it was the largest fortified Gothic building in Europe. 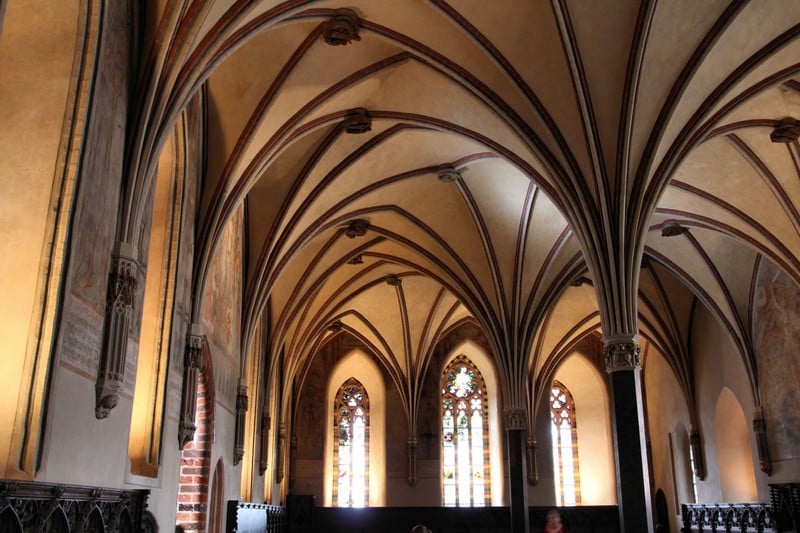 Hitler involved himself in Malbork Castle as well. During Hitler's rise to power, Malbork Castle was a home-away-from-home for the Hitler Youth and League of German Girls. In 1945, during combat in the area, more than half of the castle was destroyed. Within 17 years, reconstruction was under sway.

The gorgeous Palais des Papes, or Papal Palace, holds many distinctions. It is the largest Gothic palace in Europe, it was the locus of Western Christianity in the 14th century, and its library was once the largest in Europe.

The palace's mostly religious history encountered a brief upset during the French Revolution when, in 1791, counter-revolutionaries were massacred there. During Napoleon's reign, it was repurposed as a prison and barracks.The chapels are filled with beautiful artistc paintings showcasing Saints. 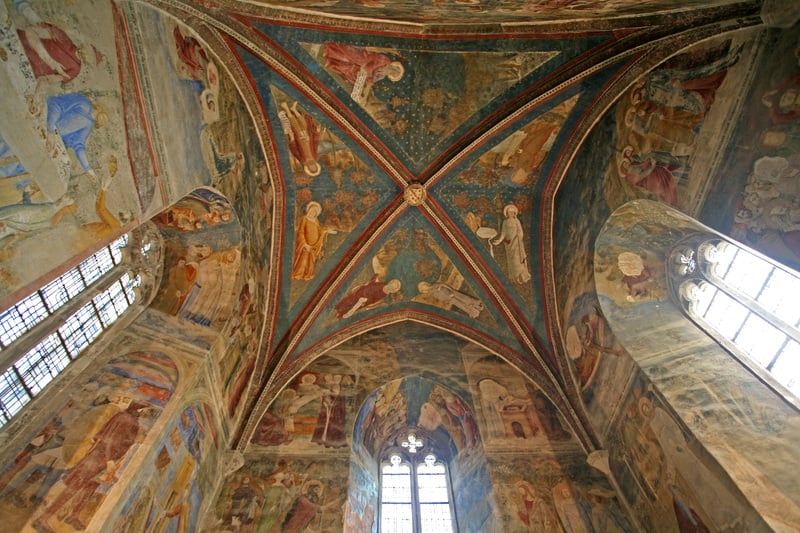 Inside the Saint-Jean Chapel

After more than a century of reconstruction, the Palais des Papes retains its Medieval splendor and attracts some 650,000 visitors a year. Festivals, art exhibitions and conventions are held there regularly.

Venice's breathtaking Doge's Palace, built in Venice's own Gothic style, is grand in many ways. Its history begins in the early 9th century, though the present Gothic structure was built in the 14th century. Successive fires in the 15th and 16th centuries – which destroyed art by some of the finest Renaissance painters, including Titian – necessitated extensive rebuilding and reimagining of the palace. 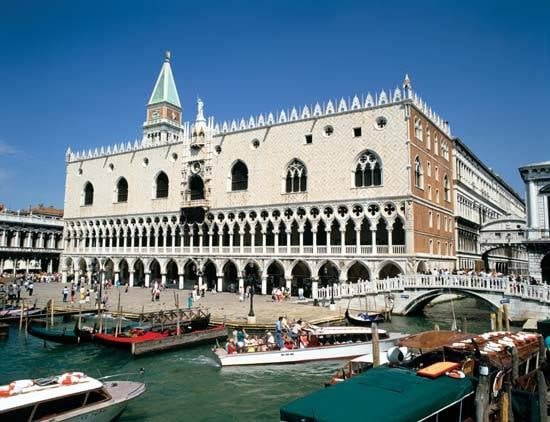 The palace has served as a museum for nearly a century now, and it sees over 1,000,000 tourists a year. Priceless Renaissance-era statues and artwork decorate the entire palace. 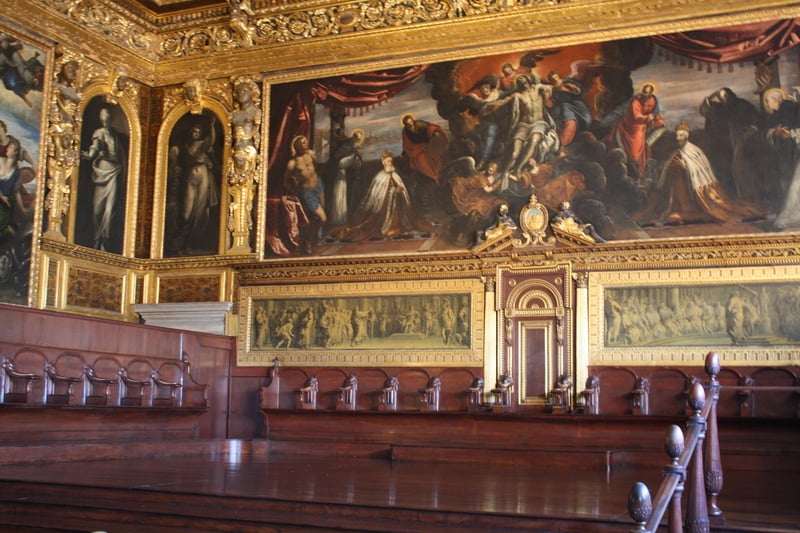 As the only Romanian castle on this list, it's fitting that Hunyad Castle has strong Gothic architectural influences and is actually located in Transylvania. What's more, legend has it that Vlad the Impaler – AKA Dracula, from his family name – was imprisoned here before forging an alliance with the castle's owner. 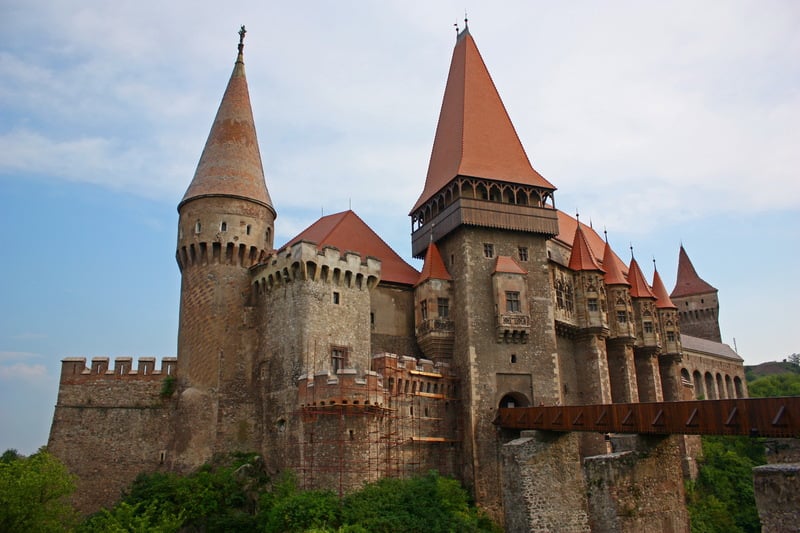 John Hunyadi masterminded Hunyad Castle, which was constructed in the 15th century, to be both a stronghold and a lavish dwelling place. Over its years, halls, guests rooms and art were added by its masters. Since the castle was never besieged, it is in excellent condition today.

These castles look quite different from one another, but they their share ancient roots and legacies of battle, faith and high art. To visit these castles is to be transported into another world, one that was and is literally and figuratively darker than ours. Whether you're an avid Goth or just enamored with Europe's Dark Ages, don't miss out on exploring these splendid Gothic Castles.

Have you ever visited any of these amazing Gothic castles? Do you know of aymore Gothic inspired castles you would like us to add to the list? Comment below.