Victorian-Era Winter Treats That Should Totally Make A Comeback 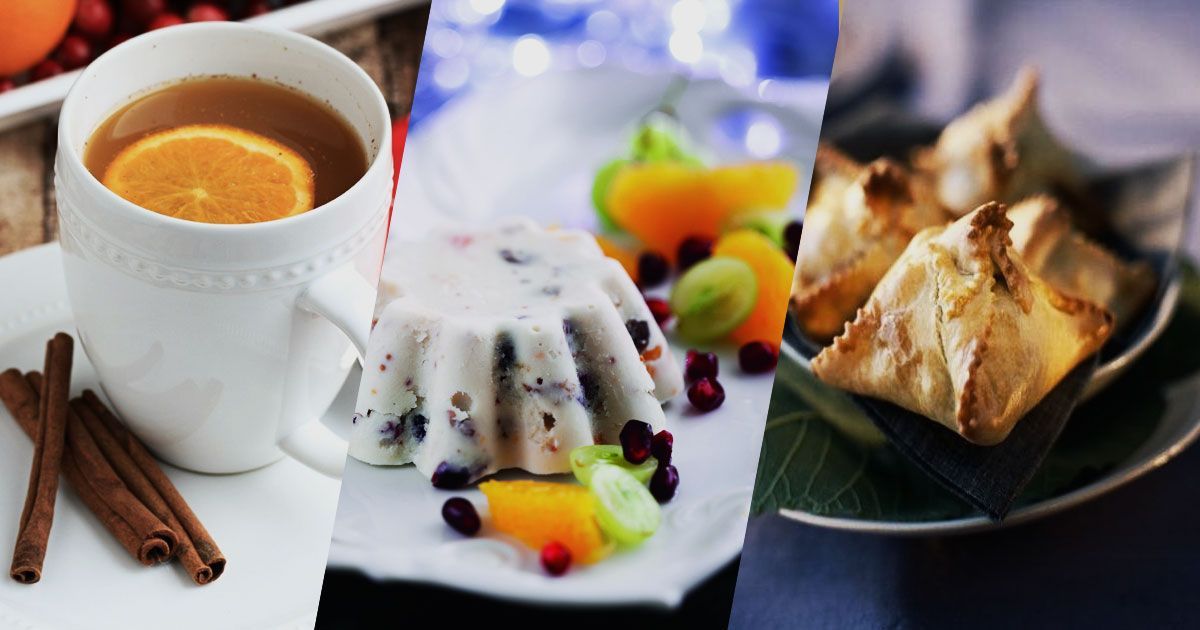 Christmas is a holiday steeped in the traditions of Victorian-era England. Before Queen Victoria married Prince Albert Christmas wasn't given much thought at all, but once pictures were taken of the Queen and her husband gathered around the Christmas tree the rest of the country soon began to celebrate too, creating many of the traditions we still follow today.

Christmas cards were invented and popularized during this time period and, though caroling was not a new custom, carols specific to Christmas were indeed a creation of the time. They took old words and set them to new music, creating many of the classic carols we still sing today.

Gift-Giving as A Tradition

The giving of gifts, previously associated with New Year's, quickly became a Christmas tradition as well. Though the gifts started as small candies and fruit they slowly got bigger and more expensive over time, leading to our current practice of wrapping gifts and putting them under the tree.

Many of our Christmas dinner traditions date back to this same era. Though people have been having Christmas feasts as far back as the middle ages, the tradition of the Christmas turkey came about during Victoria's reign.

If you are looking to create a Christmas dinner the likes of which might have graced the table of Queen Victoria (or, even better, Goth Queen Mary Shelley) consider serving some of these delicious Victorian-era treats. 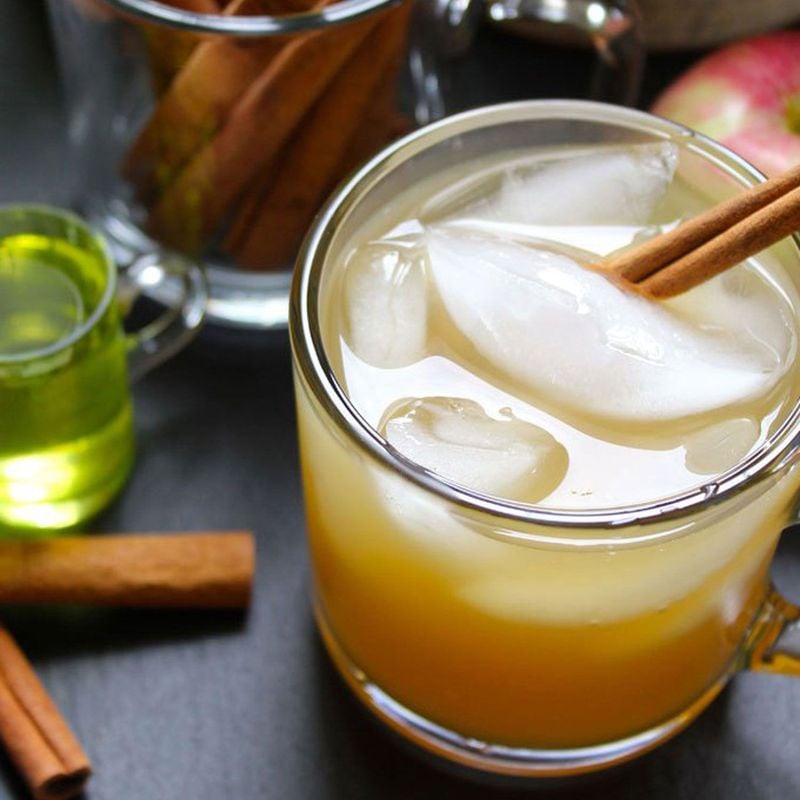 Ginger beer is a robust alcoholic beverage that was created in England in the 1700s. While the fermenting yeast does create a small amount of carbonation, the drink itself is less carbonated and has a much stronger ginger taste than ginger ale.

As Julia at The Roasted Root will tell you, making ginger beer at home is an excellent way to procure a few bottles of the stuff for your Christmas dinner. A number of brewing companies sell ginger beer alongside their other products though, so you certainly don't have to go the home brewing route if you aren't comfortable with that.

Ginger beer can be served on its own, but it is also a common mixer (Moscow Mules, anyone?) and can be used in the cooking and baking process. There is no wrong way to enjoy a ginger beer this year! 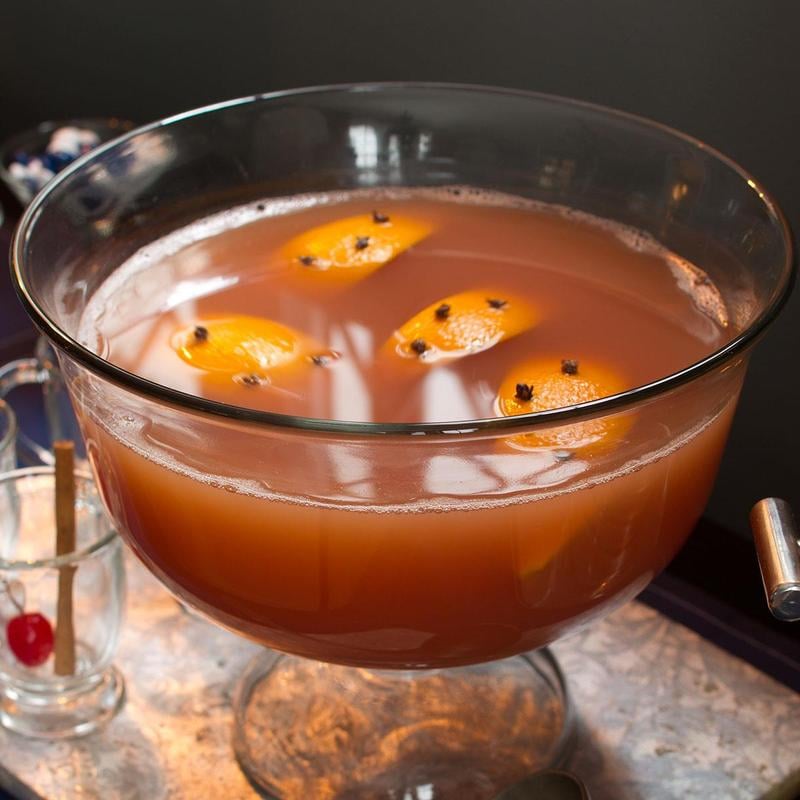 If you are looking for drink that is more family friendly you might consider wassail instead. Traditionally served on Christmas eve, this particular beverage is so steeped in Christmas tradition that it made it into the songs - here we come a wassailing!

While you probably won't find a bottle of wassail in your local grocery store, this one is easy to make in your slow cooker according to Elizabeth at Frugal Mom Eh. A combination of apple cider, orange juice, cinnamon sticks, nutmeg, and ginger come together to create this delicious traditional drink. 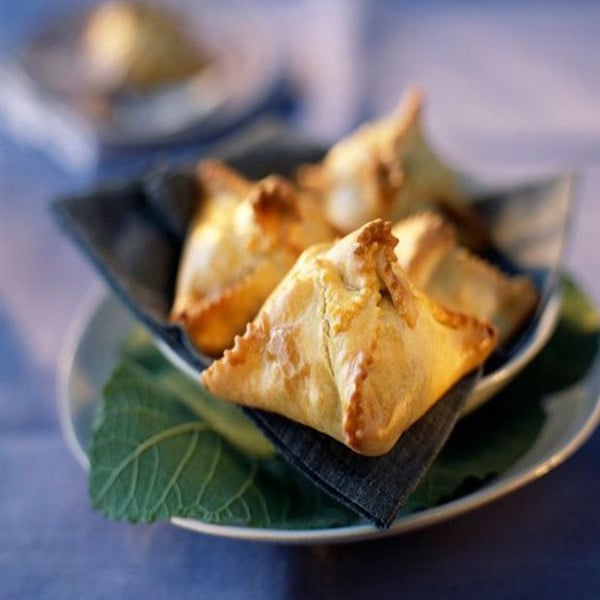 A talmouse is simply a pastry shell with a filling of cheese but the Victorian recipe provided at Recipes Past and Present substitutes an almond choux paste filling, both of which sound like they would be pretty amazing. If you chose to make both to serve at your holiday party this year, I don't think anyone could blame you!

These are pastry circles with a bit of cheese or almond paste in the middle. Then you pick up the pastry edges and crimp them together in a point before baking, creating a delicious little triangular pastry your guests will be swooning over all night long. 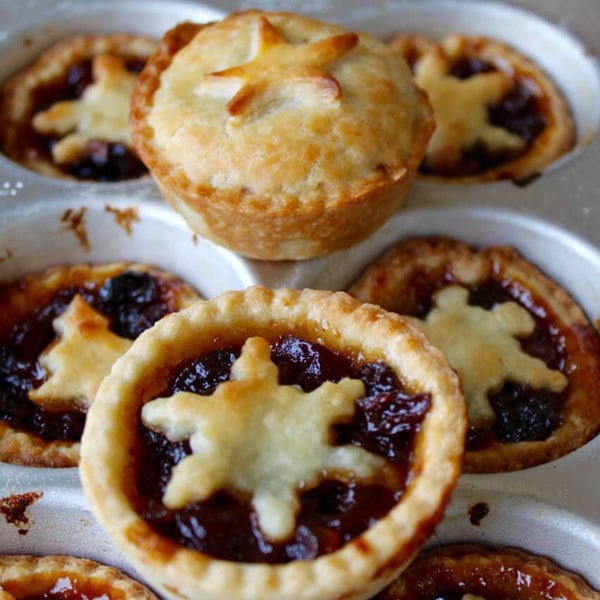 Despite the savory sounding name, most mincemeat doesn't actually have any meat in it. While there are some versions of mincemeat pie that are made with meat or suet, the traditional Christmas mincemeat is made of fruits, sugar, and spices. Elaine at The Spruce Eats has a simple recipe to follow if you want to bake a mincemeat pie this year, and if you want to really go for it and make the mincemeat from scratch you can find an epic recipe for that at Recipes Past and Present.

While a mincemeat pie is perfectly tasty, the best part about making one is teasing the kids in the family about how you had to go out into the yard with a net and catch all the minces running around in the yard before you could make the pie. Or, for people who don't have any kids around, you could probably tell the story to someone on their 4th or 5th ginger beer with similar results! 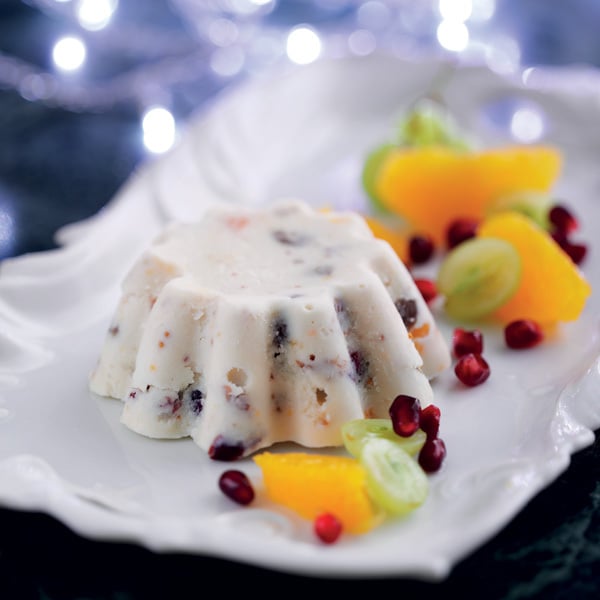 It just isn't a traditional Victorian Christmas without some sort of chestnut dish, making Nesselrode pudding a perfect addition to the list. While you can find dozens of recipes for Nesselrode pudding on the internet, this classic recipe found at Victoriana.com seems like it is probably the closest to the original.

Nesselrode pudding was a dish that could be afforded only by the wealthiest people of the Victorian era, with sugar, sherry or other liquors, and other ingredients that would have been quite pricey at the time. It is also a time-consuming process, requiring sieving and chilling that would have made this an incredibly difficult dish to make at home for the 99% of Victorian England.

Serving Nesselrode pudding is a way to let your guests taste what obscene wealth would have provided them several hundred years ago, so if you want to experience 19th century decadence you'll definitely want to include this on your dessert table.

Cooking some amazingly delicious Victorian-era recipes is an excellent way to enhance your traditional Christmas celebration!

What are your favorite traditional holiday dishes?

New Hot Chocolate Recipes To Spice Up The Season

Had Enough Pumpkin Spice? Try These Tasty Alternatives Instead!