A Brief History Of the Corset & Corset Fashion

In modern fashion, few garments are as polarizing as the corset tops. Made to be tight, restrictive, and to reshape the body, some view it as an archaic form of clothing that is harmful and sexist. In reality, though, corsets can be empowering and as such have a devoted following of both wearers and admirers. Whatever side of the line you fall on, though, the corset is much more than just a fad.

The Birth of the Corset

While the corset as we know it today was first created in the 15th or 16th century (more on that in a bit), the roots go back much further. Evidence left to us in statues and paintings show that binding the waits with belts to achieve a narrower profile was occuring in Crete, Rome, Greece, Egypt, and Assyria, potentially as far back as 2000 B.C.E. Theses practices were not just for women; there is evidence young men were also taking part in these regimens. These garments were likely not boned as modern corsets are, but were instead layers of heavy fabric wrapped tightly or heavy hide pieces laced shut. These were, however, still the predecessors of the corsets worn today. 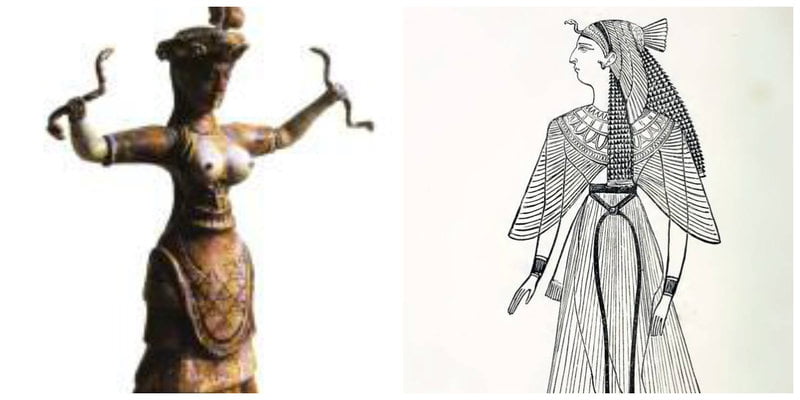 Tight-fitting laced garments become the height of fashion during the 13th and 14th centuries. Women wore gowns called "kirtles" with stiff fabrics sewn into the bodice to create a trim silhouette, while a man would don a surcoat – a garment worn as an overcoat the fitted smugly against the body. Charles V of France considered surcoats so lewd, he threatened to excommunicate anyone who dared wear one.

In the 16th century, the corset gained popularity as a symbol of wealth and status. In the French court, Catherine De Medici banned her ladies-in-waiting from having waists thicker than 13 inches around. Steel framework corsets were introduced to help ladies get the desired shape.

The 17th century saw a return to more austere garments, and the rise in popularity of the busk – a decorated strip made from wood, ivory, bone or metal that fit inside the front of a corset and laced into place. A flirtatious women might give away her busk lacings to an admirer, but, if she received unwanted attention, the busk might also conceal a dagger. 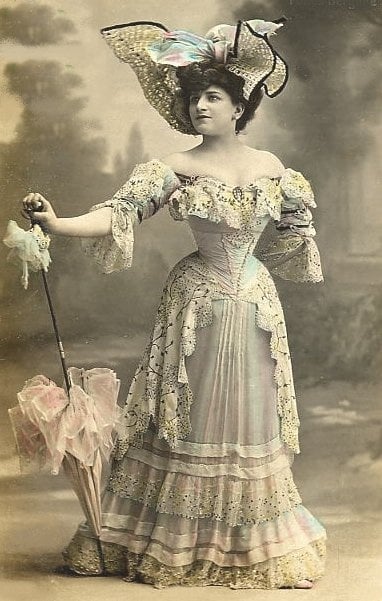 It wasn't until the 18th century that the word 'corset' came into popular use. The term corset was used until this point to refer to pretty much any kind of top that laced up the front, but in 1795 it began to be used for stiff, supportive undergarments that we recognize today. The term itself comes from the Old French word for body, cors, and it was turned into a diminuitive term by adding et to the end- effectively meaning little body.

Fashionable Victorian ladies coveted an hourglass figure, so they practiced tight lacing – wearing a tightly laced corset in order to more permanently modify the figure. Innovations in the creations of eyelets, bars and hooks meant corsets could be cinched even tighter without tearing the material.

The corset shape changed, flaring out at the hips and ending several inches below the waist. Industrial practices also meant that, while most corsets were made by hand and custom-fitted to the wearer, there was a thriving market in cheaper mass-produced corsets.

Corsets in the Medical Profession

Corsets promote good posture and keep the muscles of the torso stabilized, so people with spinal problems or internal injuries might wear a corset to protect their torso. In the late Victorian era, tight-lacing was seen as hazardous for the health, and women started lobbying for what they termed "rational dress". This movement, however, was actually started by men, who would attribute a myriad of health problems lumped under the term 'hysteria' to the wearing of corsets. In fact, despite these campaigns against corsetry, the trend was kept alive by women who enjoyed the silhouette and the status provided by these garments.

In 1968 the famous painter Andy Warhol wore a corset after he was shot to support his back.

Medical research now shows that tight-lacing corsets can cause indigestion and constipation on occasion, but probably not the numerous ailments believed in the 19th century – such as hysteria, deformities in pregnancy, and liver failure. In extreme cases, they can push the lower ribs downward and shift internal organs around (similar to the changes in the body of a pregnant woman), but these changes do not affect the function of the body, especially if waist training is done properly over a period of time. 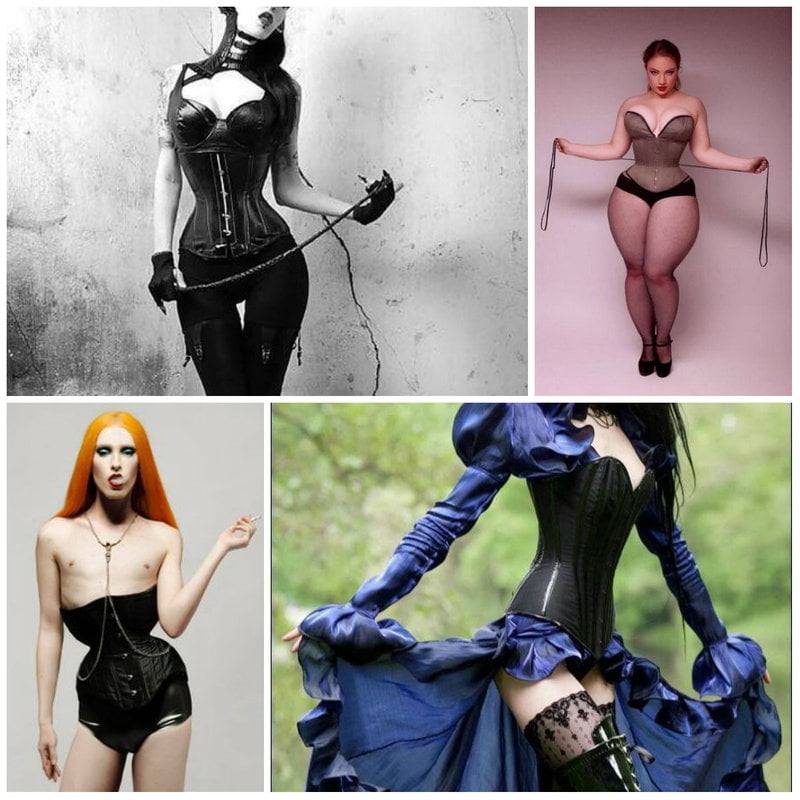 In the mid-twentieth century, as the bra fully replaced the bustiers and corsets as everyday underwear for women, corsets began to take on a different role. Popular as fetish wear – first during burlesque performances in the 40s and 50s, and then in the fetish and BDSM underground, the corset came to be sexualized. More extreme corsets with tiny bands at the waist and shelf-like hips began to emerge, and the silhouettes created were shocking to some. It's therefore no surprise that when the gothic subculture emerged in the 80's that the corset became a mainstay of the style, given both the sexual perception of cinchers and the body modification aspect.

These days, corsets are frequently seen on the red carpet, in movies, and as formal and wedding wear. They are no longer the shocking, sexualized versions so racy in the 50's- unless, of course, you want them to be. From glamour to boudouir, the corset is here to stay.

Do you wear corsets? What is your favorite style? Leave your feedback in the comments below!