Perfecting the cat eye look takes time, effort, a good eyeliner and definitely a steady hand. It’s so popular that there are an abundance of “how to do a cat eye” makeup tutorials on Youtube—so many that it yields about 3 million results (and, literally, there's a tutorial for every cat eye you can imagine, some of which we will link below)! And rightly so, as it adds drama to the face depending on how far out your wings are drawn.

The cat eye makeup look can be both subtle and severe, either look lifts and accentuates the eyes. The trend has remained in Western fashion for nearly a century from the gothic to the glamorous.

Let’s examine how the cat eye has evolved through the past several decades!

As one of the greatest archaeological discoveries of the 20th century, the discovery of King Tutankhamun’s tomb in 1922 created a popular movement in Western culture and art. Henceforth, Egyptian hieroglyphics and paintings were recreated in everything from jewelry and fabrics to architecture, influencing film and music as well. 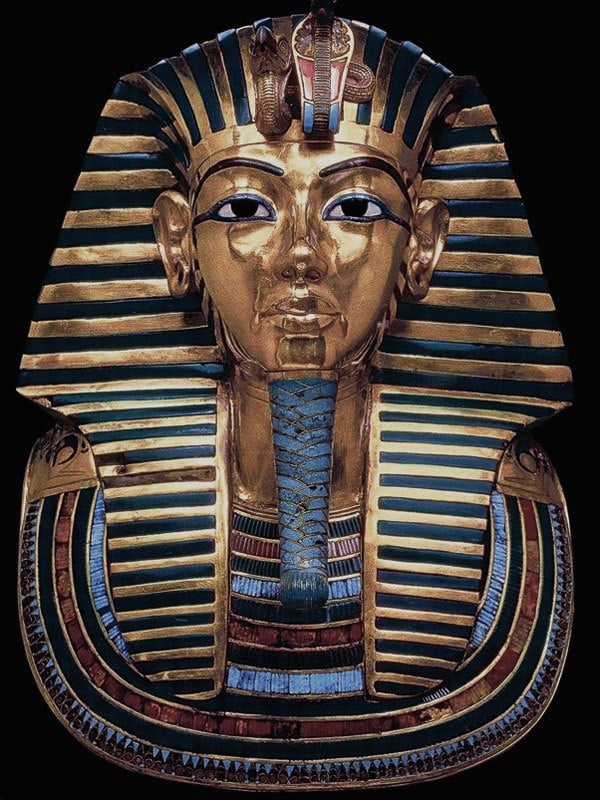 It comes as no surprise that King Tut's death mask (seen above) influenced makeup trends of the 1920s and beyond. This, alongside the Eye of Horus (which is a commonly used symbol within the goth subculture) provided inspiration and new makeup interpretations for celebrities, musicians and movie characters alike. 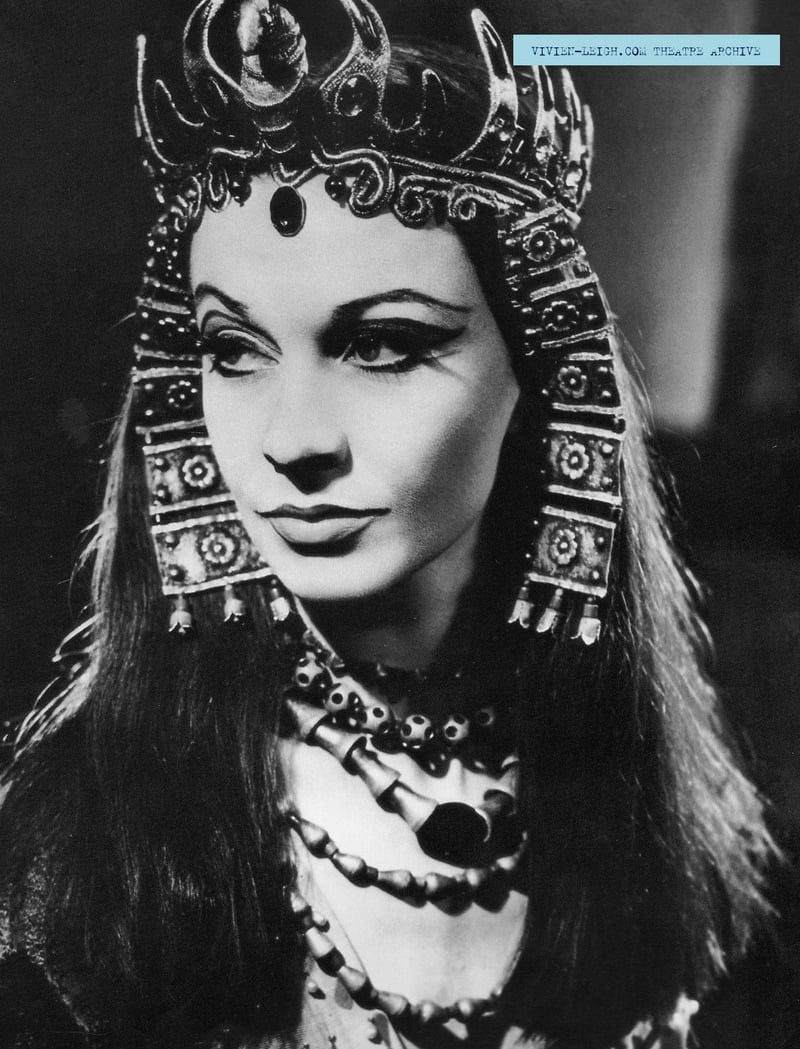 Though the original goth goddess Theda Bara played the role of Cleopatra first in 1917, Vivien Leigh followed in the movie Caesar and Cleopatra in 1945. Donned in the most exquisite headdresses, Leigh also had stunning cat eye makeup even though it was not as extreme as Ancient Egyptian Art depicted. This look is showstopping with its mid-range winged eyeliner and filled-in dark eyeshadow. 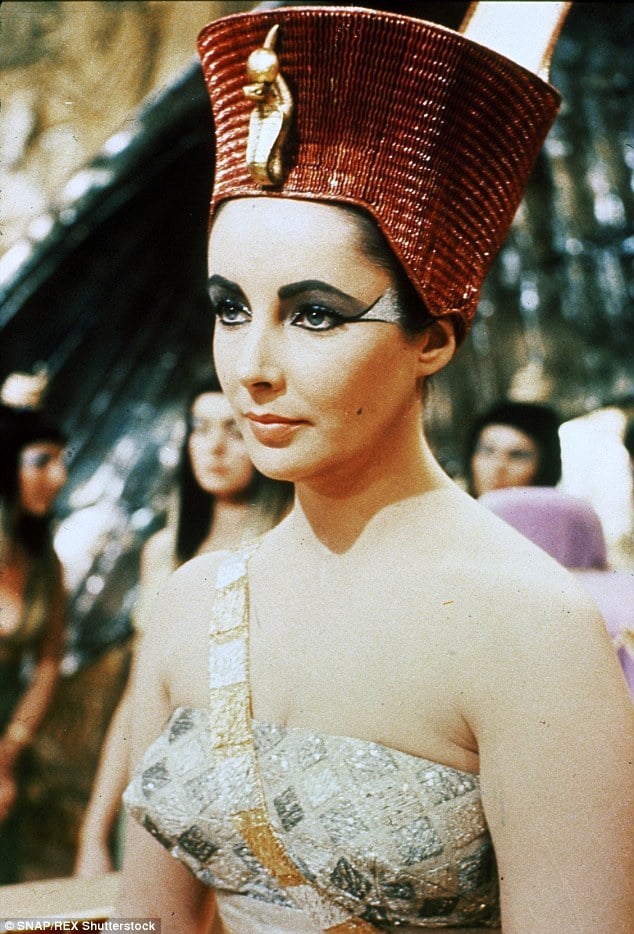 In 1963, Elizabeth Taylor stunned audiences with her interpretation of Cleopatra with the most amazing makeup, channeling Egyptian aesthetics in color and grandeur. Not afraid of dramatics, Taylor's makeup was bold in color, eyeliner thickness and in metallics—only to be outdone by another queen in the 1980s (hint: Siouxsie Sioux). 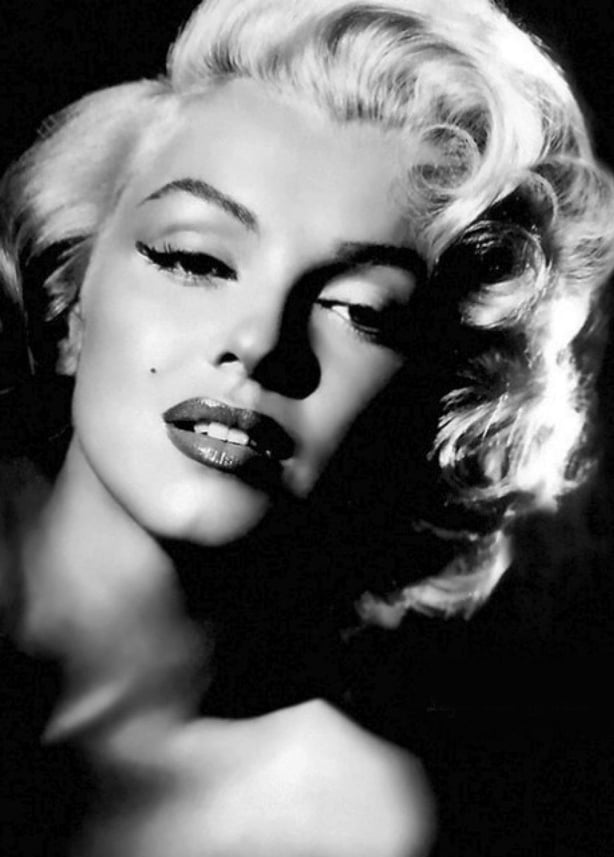 The glamourous 1950s fashion icon herself, Marilyn Monroe, often wore just the touch of a cat eye to accentuate her smouldering eyes—proof that this look can be as simplistic or as outrageous as you can imagine. A classic look like this works for all occassions. 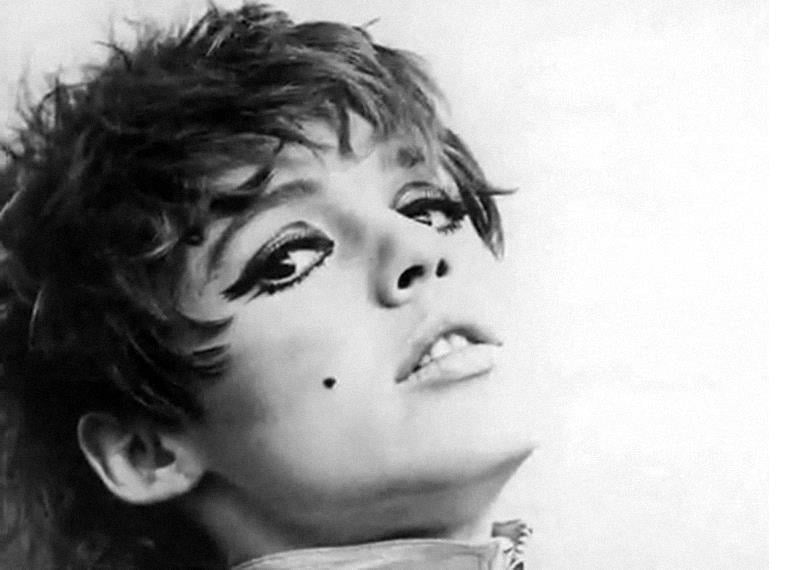 As Andy Warhol's muse and superstar, Edie Sedgwick was a fashion icon in the 1960s. She was the "it girl" who wore her cat eye a bit more artistic, to match her socialite lifestyle. Here, Sedgwick flicks her cat eye out in multiple lines with different thicknesses—a playful accent to her bold personality. This dramatic but playful look pairs perfectly with vintage style clothing for an all-out 60s vibe. 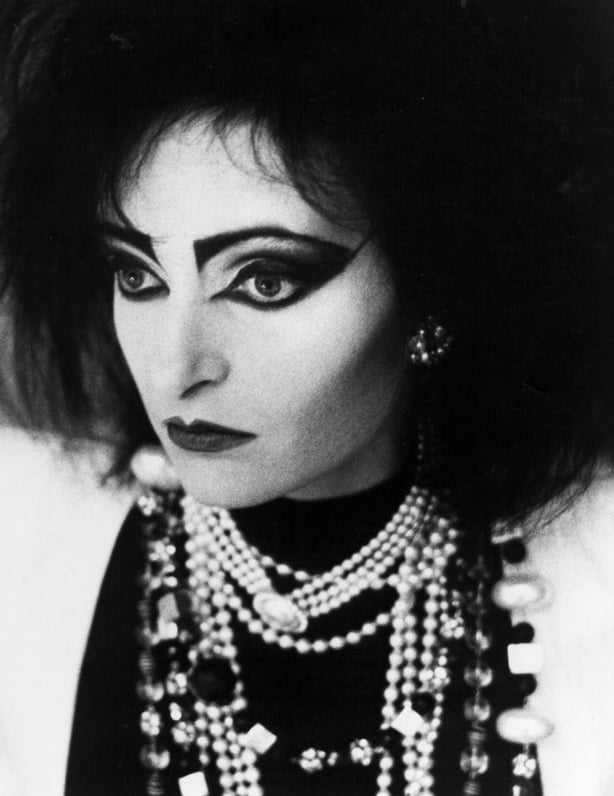 Goth goddess and icon, Siouxsie Sioux is not only the queen and progenitor of the goth subculture, but is the master in cat eye looks. With her severe wings that often connect with her eyebrows, Siouxsie's makeup is always spot on. Since the late 1970s, Siouxsie has been creating her unique cat eyes and shows no sign of stopping—a true inspiration. 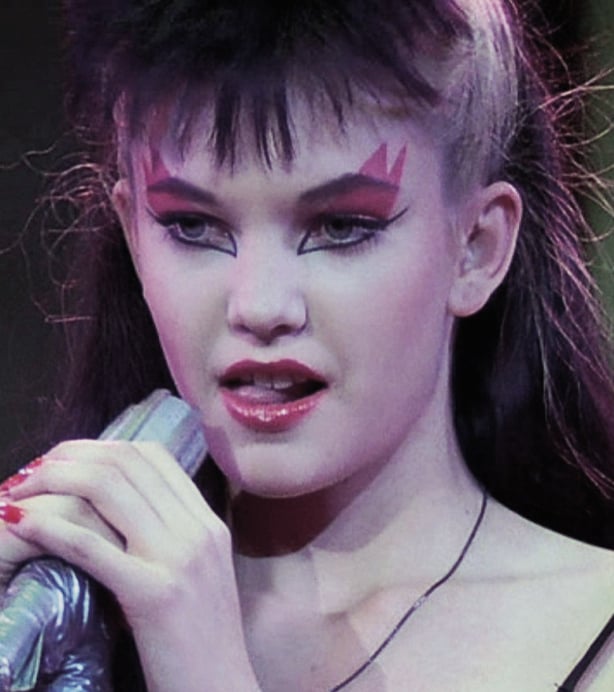 Diane Lane as Corinne Burns in the 1982 flick, Ladies and Gentlemen, the Fabulous Stains is a punk rock interpretation of the cat eye. Corinne's don't-give-a-fuck attitude resonates in her harsh black and red unforgettable makeup—it's sexy and harsh, just like her. 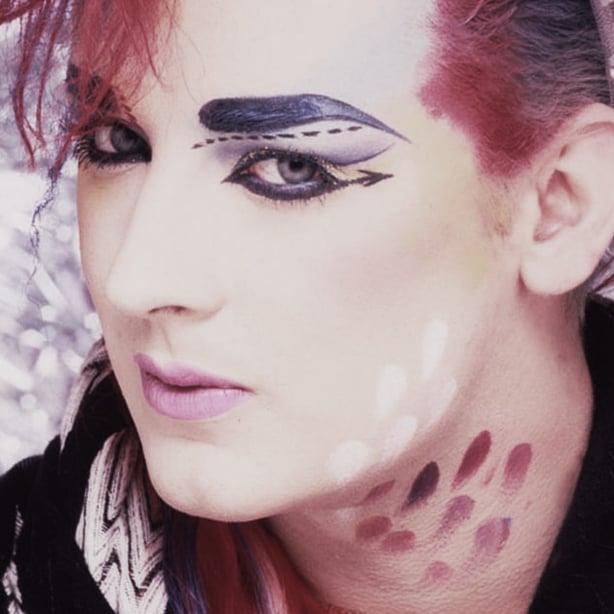 Our favorite 1980s New Romantic, Boy George of Culture Club, always had fantastic makeup. So good, in fact, that he was creative enough to draw arrows on his colorful cat eyes as seen here. Bold and playful, stunning and artistic, Boy George was never boring in his makeup aesthetic.

Next is Elvira, our goth beauty with incredible cat eyes. Seen here from her 1988 movie Elvira: Mistress of the Dark, her lined eyes, oversized lashes and drawn out wings are to die for. It's the classic everyday gothic makeup look that's stood the test of time! 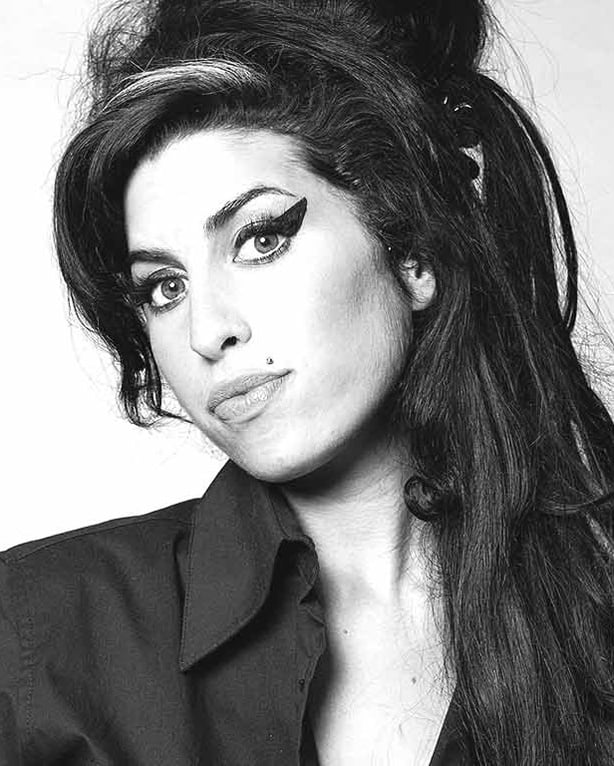 Amy Winehouse had the cat eye makeup down and was our favorite of the 2000s. Always with a thick and long outstretched wing with minimalistic makeup elsewhere, she was able to balance drama with simplicity. 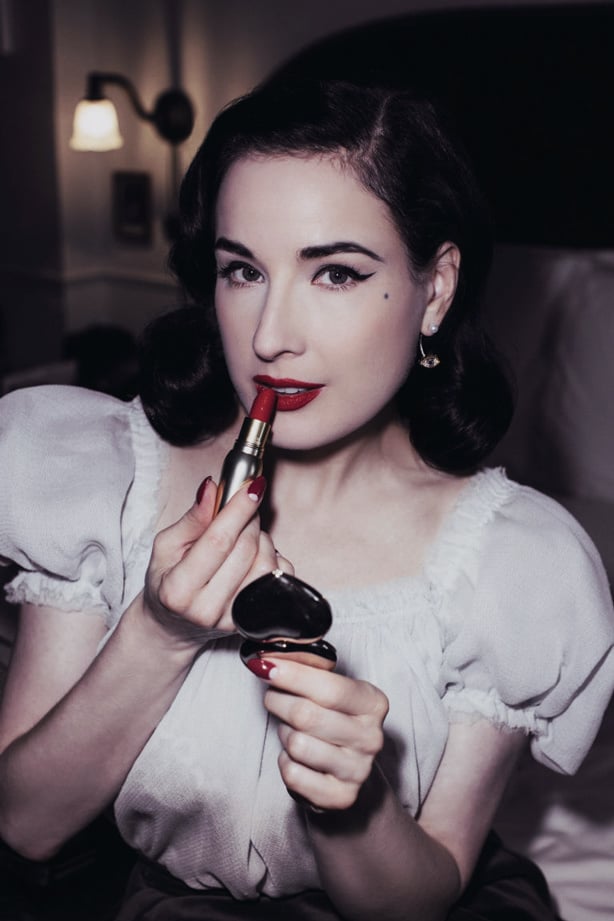 And, finally, to round out this list is the classically glamorous queen of burlesque fashion Dita Von Teese. Just like Marilyn Monroe, Von Teese captures simplicity and accentuates her eyes juuuuust enough to add a little more sex to her signature red lipstick.

From Cleopatra to Siouxsie to Marilyn Monroe—whose cat eye makeup do you love most? Comment below!

How To Wear Black Lipstick & Look Like A Total Badass