Gone are the days of the stereotypical gamer nerd, locked in the basement and preferring the light of the computer screen to the light of day. Gamer culture is huge; and as a pastime that was considered geeky or ‘nerdy’ (in the pejorative sense) is now widely accepted in mainstream culture.

Long story short – the rest of the world seems to have finally caught up and realised that gaming is awesome! And it’s nothing to be ashamed of. It’s become part of the mainstream, but the great thing about gamer culture is that it still retains a rebellious, ‘anti-culture’ edge – and that’s why we love it. 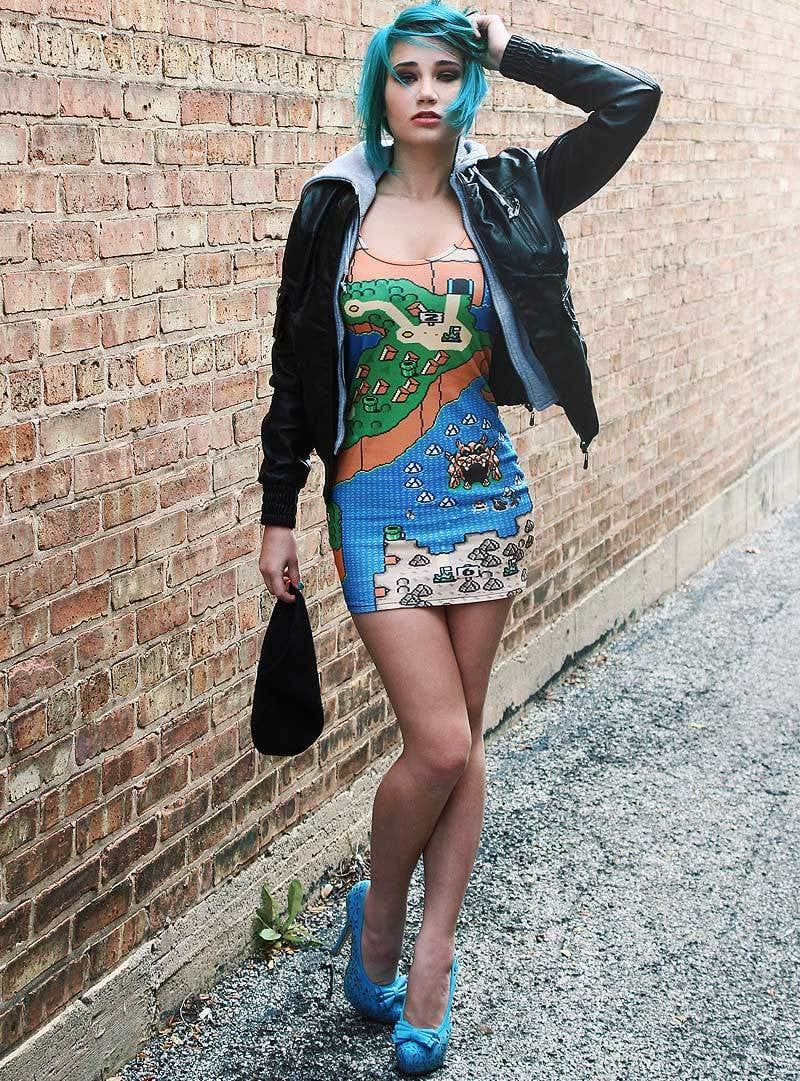 Can Gamer Fashion Ever Be Casual?

But can you show your love of gaming and video game culture without looking like you’re doing cosplay? Sure you can. It’s all about finding statement pieces and accessories that resemble the clothing, or even the tropes and motifs, found in some of your favourite video games.

You can easily find clothing and accessories that represent what you love (i.e. gaming) and build an awesome outfit around it. Perhaps you want to rock post-apocalyptic fashion and zombie clothes as a way of showing your love of Resident Evil? Maybe you’re after some steampunk accessories to pay homage to the Bioshock franchise?

Because the normal rules of fashion do not apply in the digital world, the costumes in our favourite video games literally have no limits. They can be as bold, intricate and wildly impractical as the imagination can dictate. And because of their distinctive fashions – it’s easy to take inspiration from video games to create everyday looks with a geek-chic twist!

We’ve put together a collection of video game inspired looks for anyone who wants to embrace their nerdy side and pay homage to their favourite video games, without going full-on cosplay.

I’ll never forget playing Resident Evil on PS1 as a child, and literally screaming with fright. You know the moment I’m talking about, right? When the dogs jump through the window in the L-shaped corridor, and genuine panic and button-bashing ensues? Or maybe that was just me…

Anyhow, Resident Evil deserves a mention here, as some of the costumes are great. Of course, you could simply pay homage to the franchise with a visual nod to the S.T.A.R.S by opting for militant clothes and post-apocalyptic inspired pieces, but I’d go one step further. 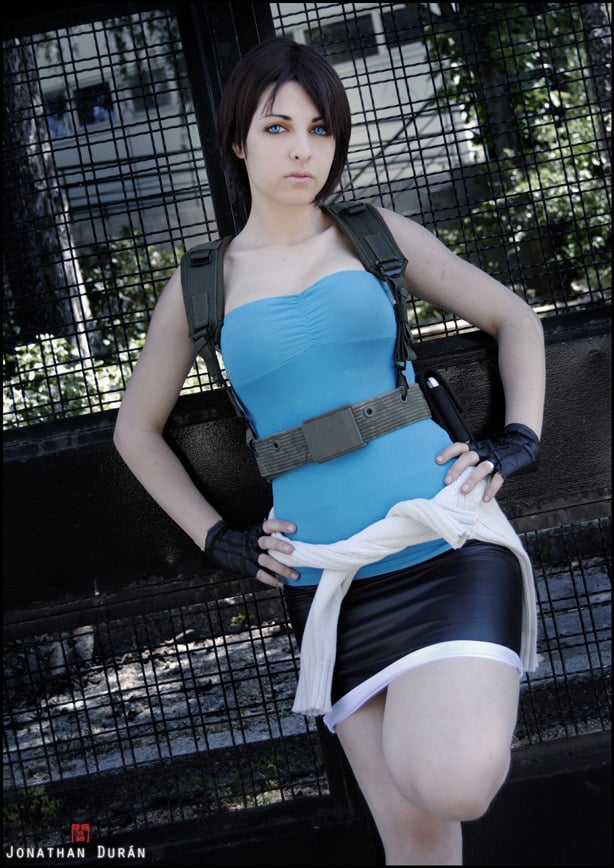 The outfit worn by Jill Valentine in Resident Evil 3 can be easily replicated – with a simple navy blue tube top, mini skirt and knee length brown leather boots. Sure, it might seem a bit of a throwback to early 2000s fashion, but you can easily dress the outfit down and update it at the same time by adding some leggings and a cute, fitted leather jacket. It’s easy to take inspiration from the final fantasy franchise; it’s been around since 1987 after all. Since then, the franchise has branched out with sequels, anime, manga, full CGI movies and even novels. But since its inception in the 1980s, one thing has remained the same about the Final Fantasy franchise – cool characters with interesting aesthetics.

Final Fantasy fashion is a firm favourite among cosplayers, but we can take more subtle cues from some of the key characters to create a more understated look that’s suitable for everyday wear. Let’s take the character Serah for example. Her look can be easily replicated by pairing a tartan mini skirt with over the knee socks, boots, and a steampunk vest finished off with a sleeveless waterfall cardigan. 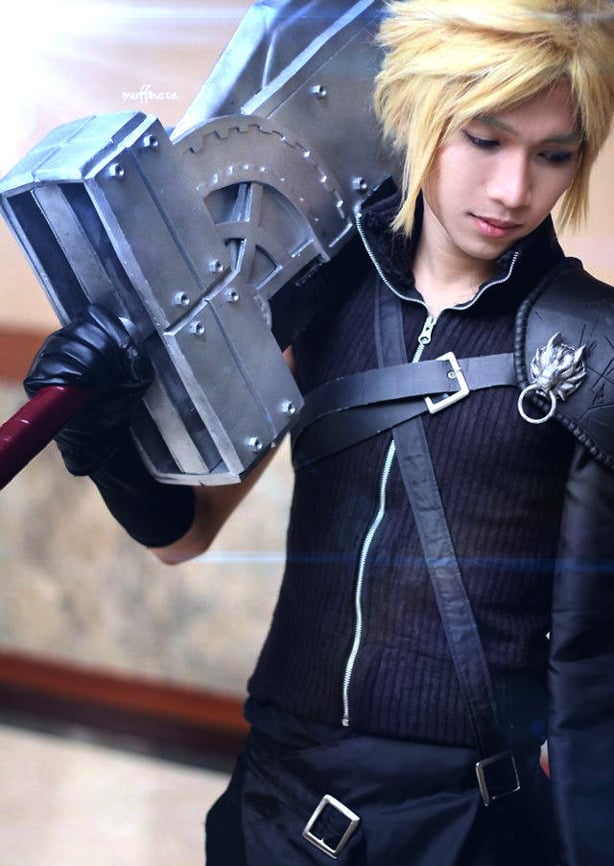 Or you could take Cloud (a firm favourite and mainstay of Final Fantasy cosplay) for inspiration – making use of urban fashion, combining combat trousers with a tank top and a pair of biker boots.

You might have already seen the Assassin's Creed fashion we have available to buy on RebelsMarket. And you can’t deny that Assassins have impeccable style!

When it was first released back in 2007, Assassin's Creed was a resounding hit among the gaming community. And there’s no denying that the clothing in the game looks awesome! 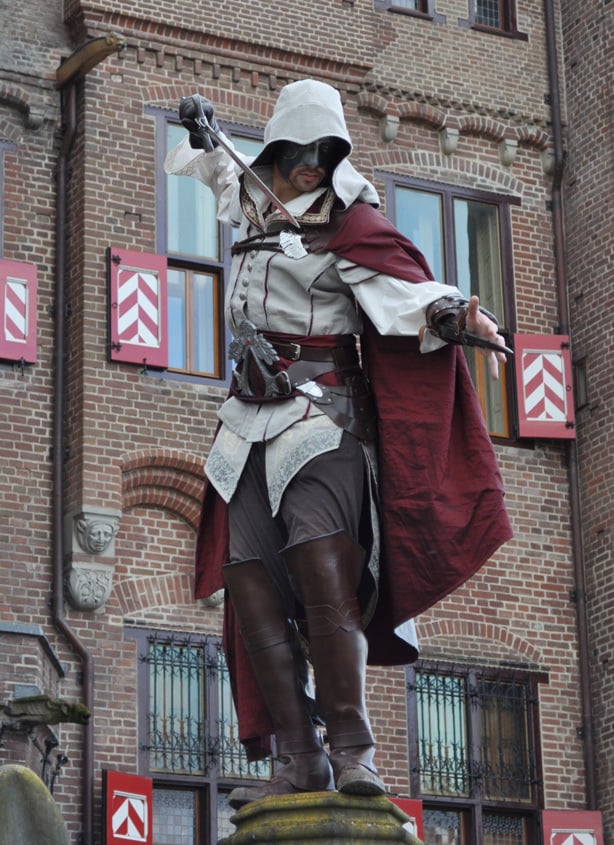 Altair’s jacket is the inspiration for hoodies and complex, layered outerwear – and the cowl-like hood has become a staple in sections of street fashion. Suffice to say, Assassin's Creed hoodies and jackets are becoming more common among men, and also women.

Due to the disturbing storylines, gruesome monsters and downright bleak aesthetic of the game, Silent Hill might not be the first thing you think of when it comes to clothing and style. But we’re thinking a little bit outside the box here.

Take the character Alessa Gillespie - particularly as she appears in the original game and the first Silent Hill movie. She’s the epitome of gothic, and kind of puts Wednesday Addams to shame! 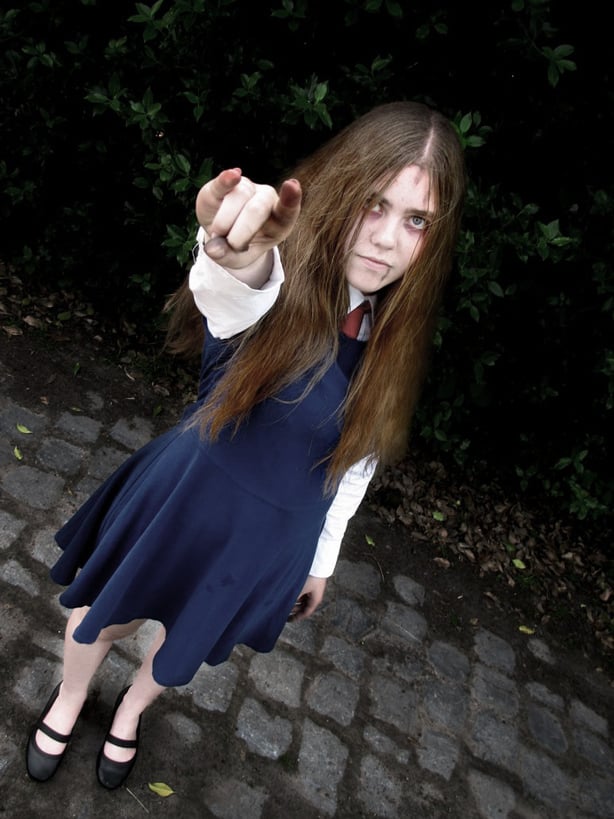 To get the look, pair a retro peter pan collar dress (in either navy or good old black), with some white socks and some black loafers for an understated gothic look. Add a long-chained pendant and some gothic rings, along with some carefully applied gothic makeup to complete a gothic style that’s subtle but still pretty edgy.

Bioshock made waves when it was released back in 2007. For those of you who don’t know, it’s a first-person shooter set in the gorgeously creepy city of Rapture (an underwater metropolis, designed by the game’s villain – Andrew Ryan). The original Bioshock drew inspiration from Art Deco and Steampunk styles, all mixed together with 1950s and 60s technology and fashion (with some super futuristic elements thrown in for good measure).

Suffice to say, it makes for an interesting aesthetic! 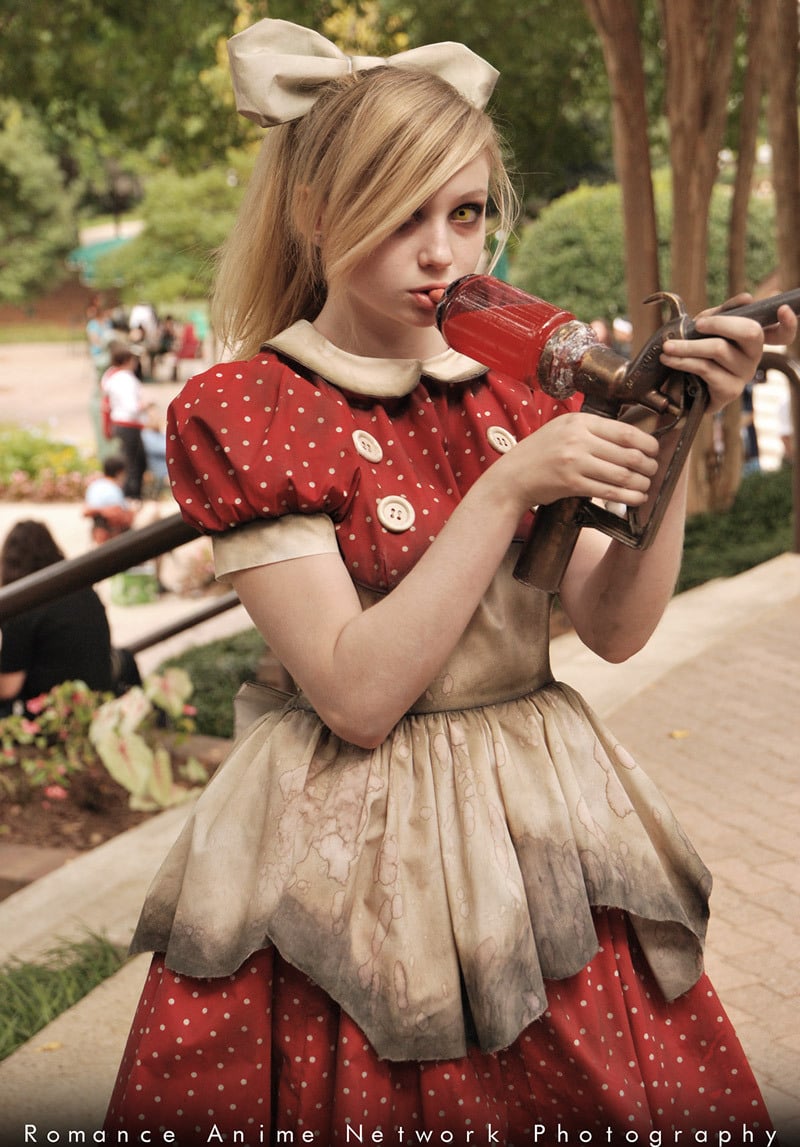 To express your love for this awesome game, why not try out a ‘Little Sister’ inspired outfit, by pairing a cap sleeved skater dress or tea dress with a waist cincher and an oversized bow fascinator for your hair. Complete the look with some steampunk inspired props and accessories, or keep it even more subtle by simply adding a steampunk brooch into the mix.

Or, if you’re more of a Big Daddy fan - create a Bioshock themed look by mimicking the characters’ rustic exterior, combining layers of military styled pieces with dark, antiquated accessories. Wearing something as simple as a pair of distressed denim jeans with a military shirt and steampunk style cufflinks is a definite nod to the Bioshock franchise, without being over the top. The key thing to keep in mind when creating a Bioshock inspired look is to go for accessories that pay tribute to the Rapture-era. 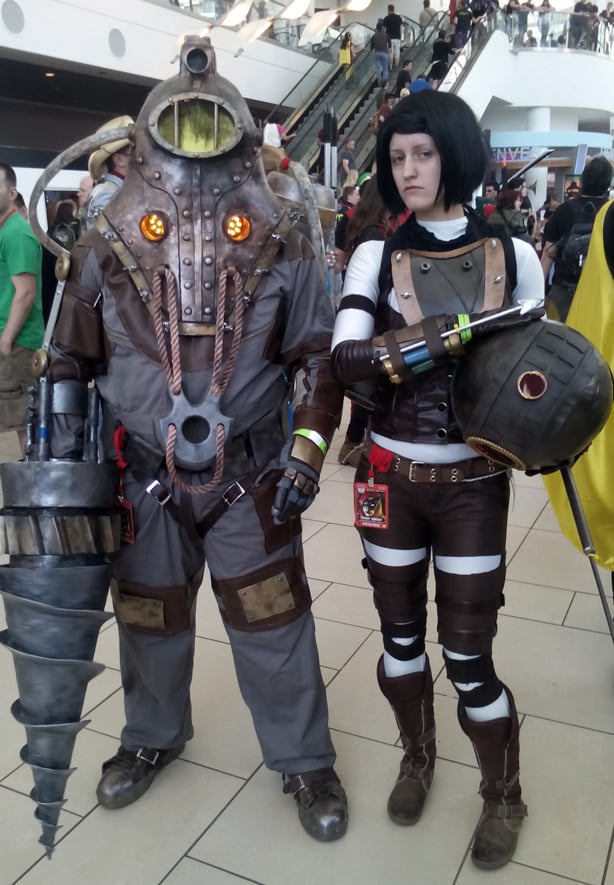 So what do you guys think of our list? Should we have included any other video game inspired fashions?

We'd love to hear your suggestions, so please share them with us in the comments section

Rocking Geek Fashion: How To Wear Your Fandom With Style