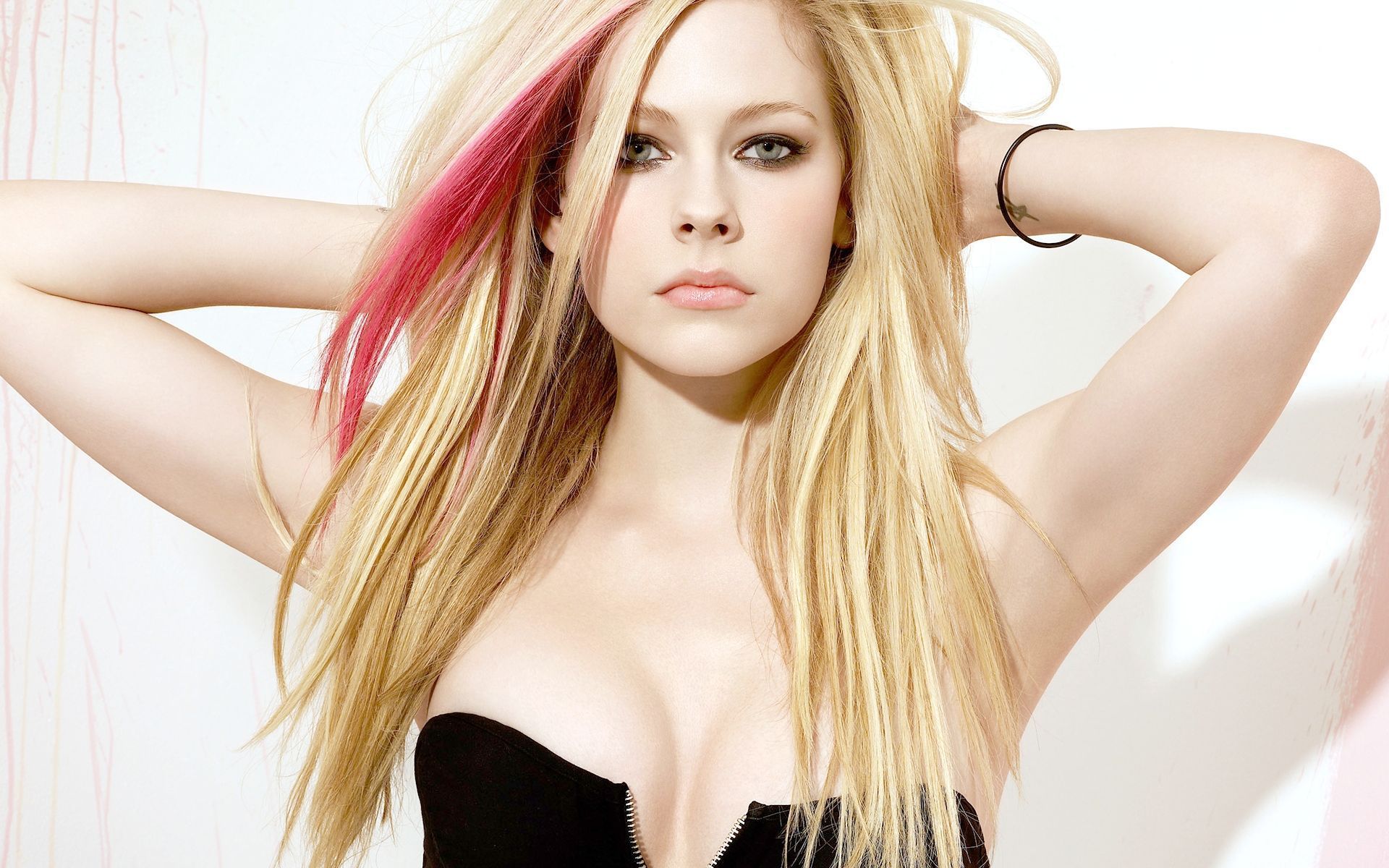 Although it feels like it’s been ages since mainstream radio stations blasted a new Avril Lavigne song, the Canadian singer-songwriter, actress, and Lyme disease fighter, is hardly new to making hits. Lavigne is also no stranger to making trendsetting fashion statements according to her own rules!

No matter what type of music you were into in 2002, it’s likely that you enjoyed turning up the sound to “Complicated” and rocking out to relatable and adorable music from America’s favorite new “Skater Girl.” As the breakthrough single off of her debut album, Let Go, Lavigne helped to create a general love for the pop-punk genre. As someone who believes that the “f” in “fashion” stands for “fun,” I appreciate Lavigne’s style evolution over the last 14 years as she continued to release great music. The “Pop-Punk Princess” has managed to stay true to her rebellious roots while turning things up a notch with a combo of goth fashion and chic vibes. 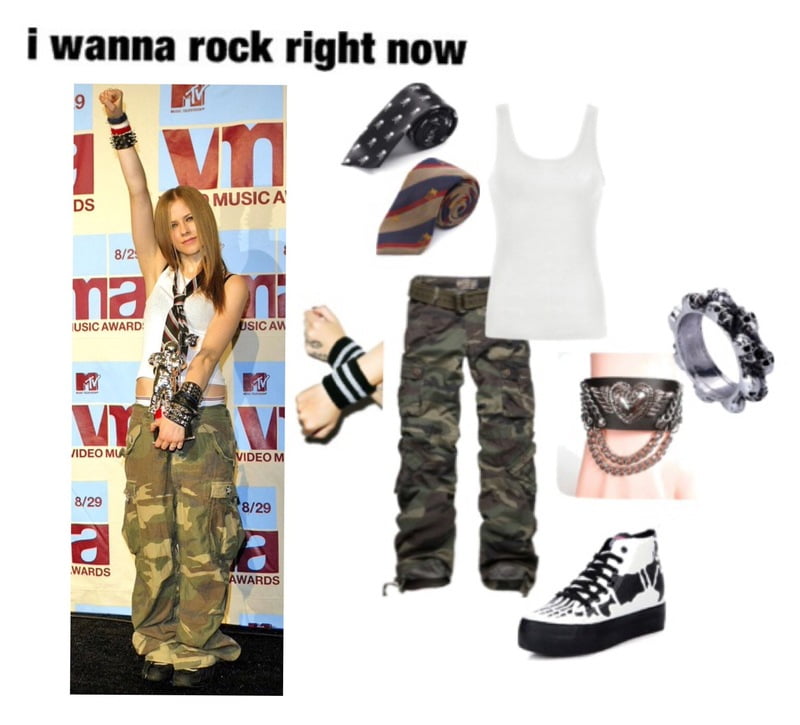 Lavigne not only won the “Breakthrough Artist” award at the MTV Video Music Awards in 2002; she brought a heavy dose of edginess to the entire show with her signature style at the time! This outfit is easily attainable with a pair of camouflage pants, canvas sneakers, white tank top, punk rock jewelry and accessories, and a striped men’s tie.

How to vary this outfit: Try jeans instead of camo pants! 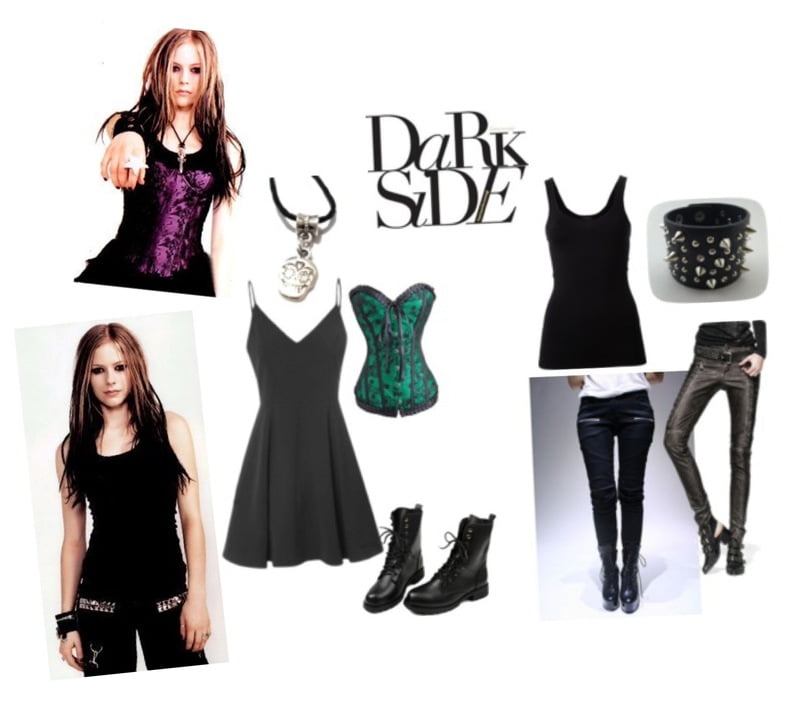 Lavigne’s dark beauty noticeably came forth not too long after she emerged on the scene. As you can see in these images, which are outtakes from her 2004 Nylon Magazine editorial feature, Lavigne also shines in dark colors and deep hues. Both looks can be worn with combat boots!

How to vary these looks: Try a goth-inspired corset with punk rock pants and a motorcycle jacket over the little black dress! 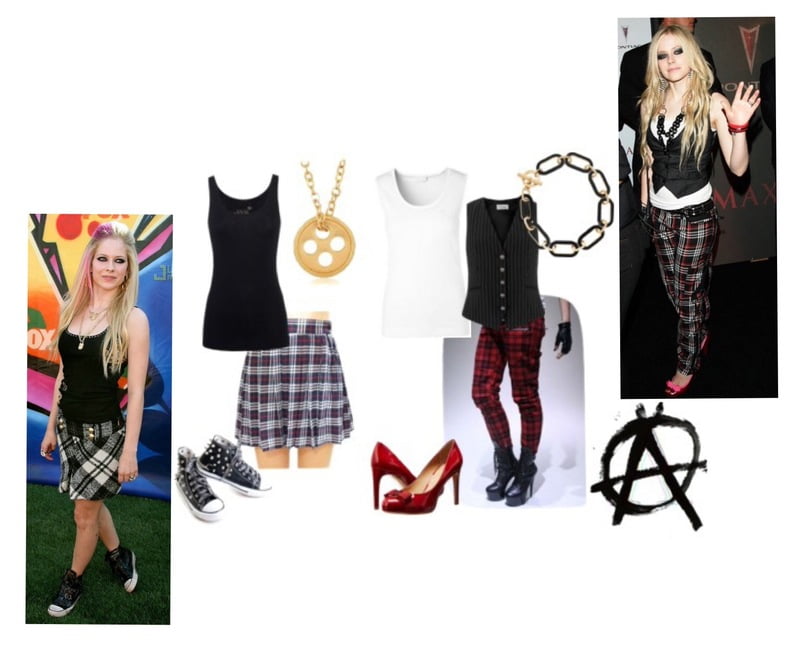 Lavigne is effortlessly punky in plaid! And in 2007, she brought this rebel print to the red carpet. Lavigne flaunted plaid pants, a vest layered on a white tee, and girly bow heels at the Maxim Hot 100 Party, while at the Teen Choice Awards, she donned a mini-plaid skirt, a pair of Chuck’s, a black tank, and streaks of pink in her hair. With her smokey eyes and statement jewelry...the look is complete!

How to vary these looks: Trade out the sneakers for black booties and replace the black vest with a distressed denim vest! 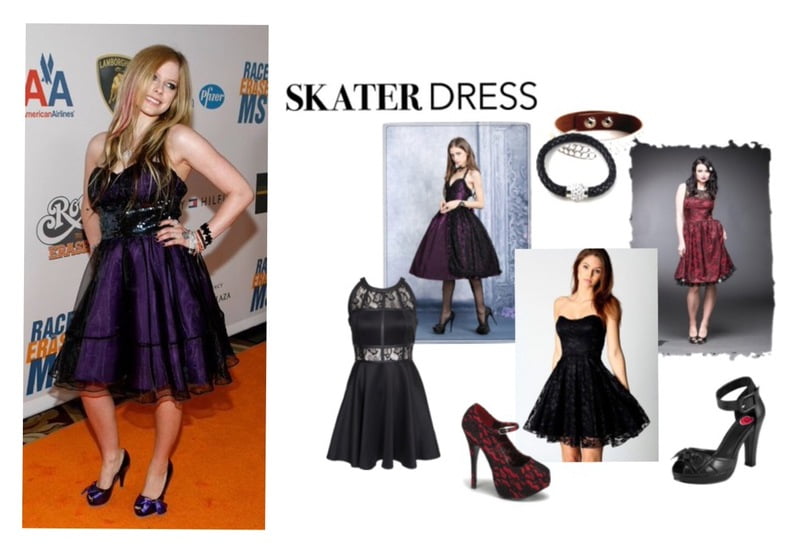 Lavigne graced the red carpet (ahem, orange carpet) at the 2009 Rock to Erase MS fundraiser in a deep purple gothic skater dress that featured a sheer mesh black overlay and was paired with matching girly heels! With hints of rockabilly and Lolita-esque vibes, the gothic skater dress is flirty and fun with a dark edge.

How to vary this look: Try a pair of combat boots for a punk rock appeal! 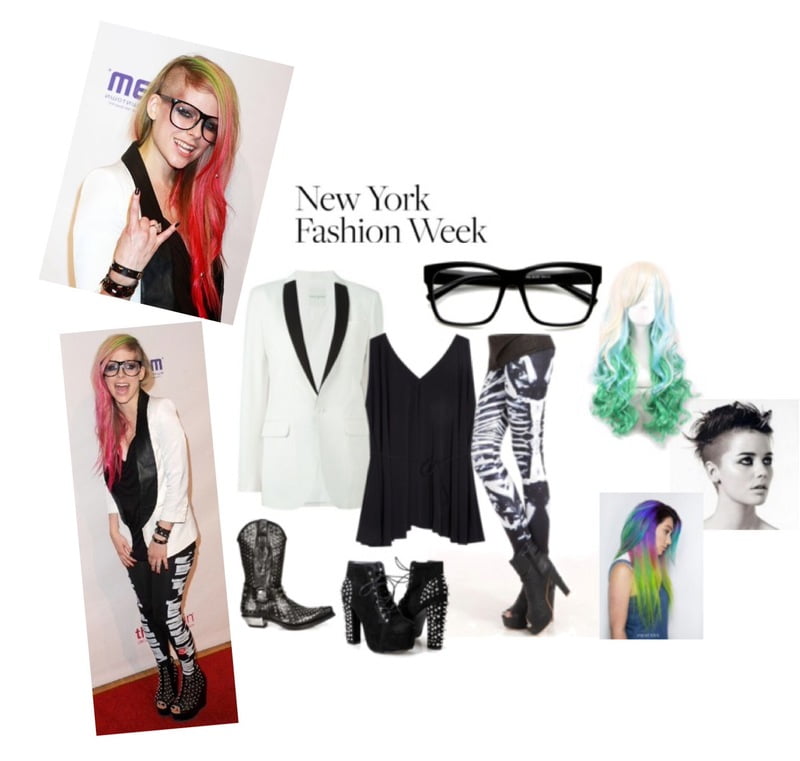 Lavigne took her half-shaved head and rainbow hair color to the runway during New York Fashion Week in 2012, as she promoted her then-new collection of Abbey Dawn (her fashion line). It was quite the mod transformation! Rocking a black-and-white monochromed look with a pair of geek-chic glasses, Lavigne proved her fearlessness when it comes to showing off a bold, rebellious look, which nicely stood out amongst her fancy blazer, rocker leggings, and edgy shoes.

How to vary this look: Try a pair of black leather studded cowboy boots for extra rustic-glam! 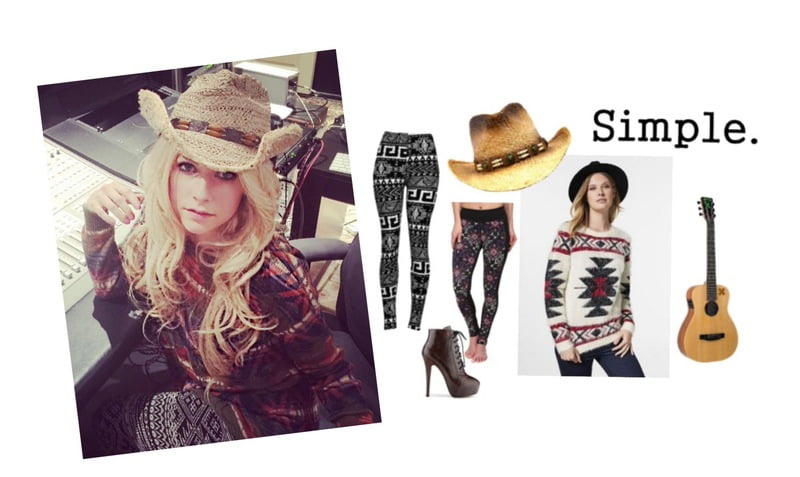 For some people, this photo of Lavigne last year (found on her Instagram!) is unrecognizable! Here she is looking comfortable and confident as ever in the studio, while rocking a Cowboy hat and a mix-patterned outfit. Very different from her punk rock fashion! Maybe it’s her downtime outfit or maybe it’s another fashion transformation that’s still evolving. Either way, we are definitely going to keep up with our favorite Skater Girl's style – no matter what direction it heads!

How to vary this look: Replace the cowboy hat with a knit beanie for a cozy winter look!

Does Avril Lavigne inspire your personal style? Leave a comment below and let us know which look is your favorite!

Toughen Up: How To Style A Dress With Boots

Mad For Plaid: How To Wear Plaid Patterns