Teddy Boy Culture: What Is It And Where Did It Come From?

"Yeah, I like causing trouble. It's the Teddy Boy in me. I used to be a Teddy Boy. Feeling slightly inferior and wanting to cause a bit of bother and get some action going on in the room rather than get bored stiff." - Michael Gambon 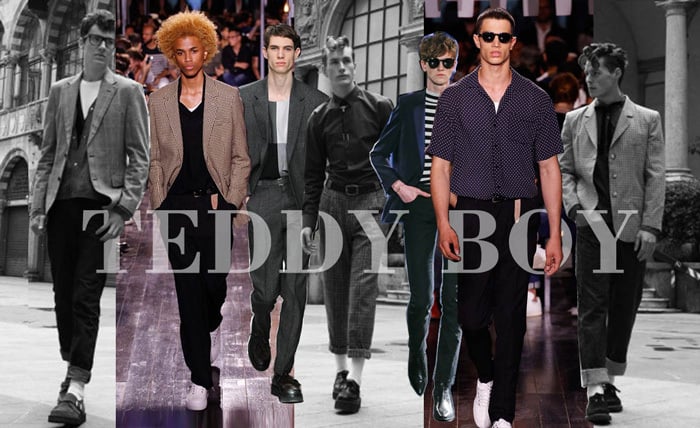 The Teddy Boy was the adolescent archetype that inspired the 60’s Rocker - the infamous rival of the Mod - a fiery clash of cultures that was immortalised in films such as Quadrophenia.

In addition to being a direct predecessor (more or less) of the Rocker, the Teddy Boy movement is a subculture that has sparked the spirit of many British movements in recent decades. The Teddy Boy is an icon of British popular culture.

The roots of the Teddy Boy lie very much in the rebellious attitude of early Rock and Roll music and their striking, occasionally leather-clad look has been adapted decade after decade by rockers and rollers of all shapes and sizes.

Many believe that the Teddy Boy was the original British teenage rebel - and it’s easy to see why.

The roots of the Teddy Boy 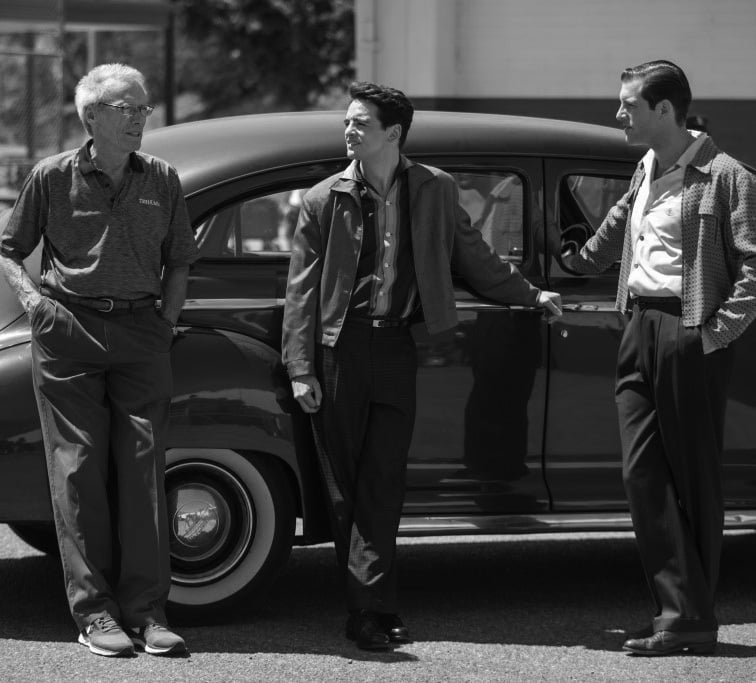 Originally named The Cosh Boys, this pent-up pack of young Londoners became know as the Teddy Boys - which came from a 1953 Daily Express newspaper headline - and the name stuck like glue, almost instantly.

The reason the Daily Express chose the phrase Teddy Boy was due to the Edwardian influence of the subculture’s fashion: Teddy is an abbreviation of Edwardian, hence the name.

Now, in during the post-war 50s, a host of changes were set in motion, but there was very little in the way of a strong cultural or artistic outlet for the youth of the time to express themselves.

Then, the Bill Haley film 'Rock Around the Clock' hit the UK in 1956, and everything changed. Soon, everyone would know who or what a Teddy Boy was.

During a screening of the motion picture, a gang of Teddy Boys set a real-life cinematic riot in motion, a melee in which cinema seats were slashed to pieces, bottles were lobbed, fireworks were thrown and a police clash ensued. 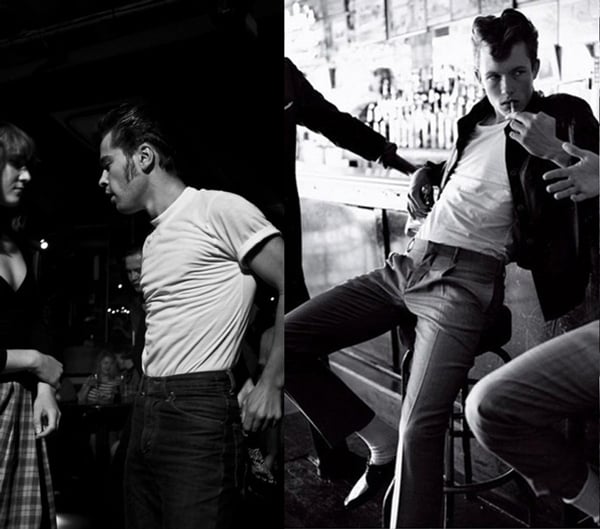 The Teds as they were known for short, were placed firmly on the map, coined by the media as ‘the teen menace’ and the ‘feral youth’.

But before this mass media eruption, the original roots of the rebellious Teddy Boy can be traced back to the late 40s and early 50s.

Unlike the Mods, a great deal of the original Teddy Boys were teens with money to burn due to slightly improved post-war economic circumstances, adopting an Edwardian-style rock and roll fashion based on garments sourced from London's affluent Savile Row.

As word of the Teddy Boys swept through the veins of society, the movement travelled across the country, and before long, different troupes of young, frustrated, rock and roll loving Teddy Boys began to pop up everywhere.

In many ways, the Teddy Boy was replaced by the Rocker in the 1960s and it's fashions, but it did make a resurgence in 1970, promoted by Malcolm Maclaren and Vivienne Westwood via their shop Let it Rock, on London’s iconic King’s Road.

The Teddy Boys thrived on American influenced rock and roll music, however, as the movement evolved, a more specific, more European rock and roll-inspired sound entered the mix. 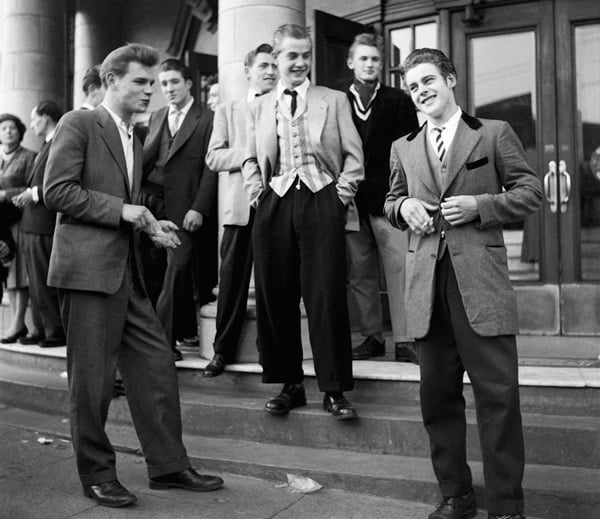 As mentioned, the foundations of the Teddy Boy look derived from an Edwardian aesthetic that was moulded into the 50s' face of rebellion.

The main elements of the authentic Teddy Boy look are the slick, greased quiffed up hairdo that later evolved into a ‘duck's ass’; specialist tailored Edwardian-style blazers; drainpipe jeans; buttoned down quiffed up hairdo; large-collared shirts and chunky-soled leather shoes. 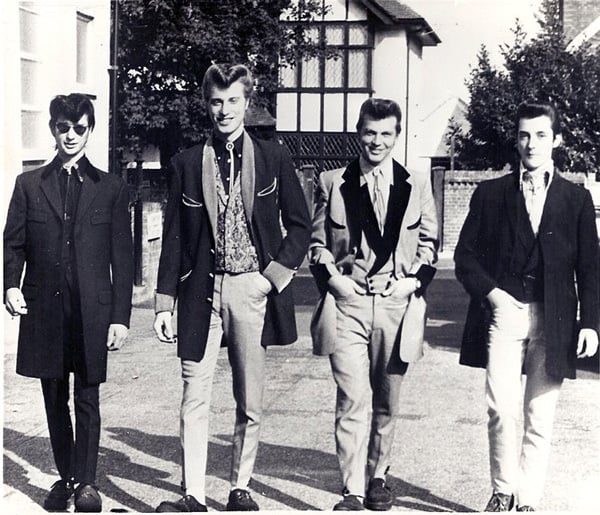 For a more contemporary Teddy Boy look, your style can be tweaked into the realms of the rocker with a cool leather jacket as well as tighter, more tapered jeans.

The Teddy Boy look was adapted according to the preference of the individual but the foundations of the fashion were striking, flamboyant and have served as a blueprint for many of the movement’s revivals as well as a host of other vital alternative subcultures that have been spawned over the past 30 or so years.

From the music to the media attention, the momentous quiffs to the seminal music, the Teddy Boy, for better or for worse, gave the world a great deal in terms of the inspiration to stand up, be counted and question the zeitgeist.

The violence aside, through a mix of fashion, music, art, imagery and community, the Teddy Boys made their teens and early twenties worth living in what was a gloomy slice of post-war Britain. And, it's that attitude and undeniable swagger that will live on in the hearts of today's youth, tomorrow's youth, and beyond.

Much like the Teddy Boy movement, grunge has also seen a revival or two since the late 80s. If grunge music is more your thing and you want to start a revival band that people will take seriously, check out our essential RebelsMarket guide.

Got The January Blues? These 5 Mod Tunes Will Get You Into Gear This Year

London Calling - The Subculture Capitol Of The World