4 Iconic UK Subcultures You Need to Know About

Over the years, the UK has been responsible for helping to spawn some of the world's most iconic subcultures, sending them kicking and screaming into the public consciousness like an angry toddler at feeding time.

From the mods and the ravers right the way through the punks and the goths, these incredible movements have left their mark on the world forever, living on in the hearts, minds and souls of the original trendsetters and today’s frustrated youth.

Out of all of the UK’s subcultures, there are four that stand out as the most iconic - and we’re going to tell you what they are.

We’re also going to give you a little advice on how to sport the look should the mood take you - enjoy. 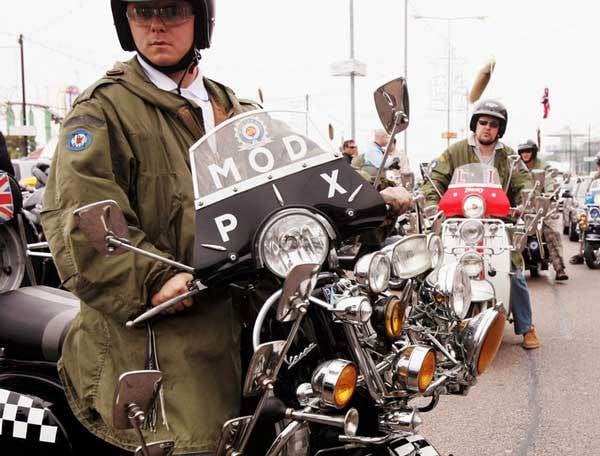 The modernist movement, or mod for short, was most prominent in the late 1950s to early 1960s. Influenced by the sharp-edged Italian fashion of the day, this subculture was adopted by UK's young working class and fuelled by a boost in youth employment.

Mods would own either a Lambretta or Vespa scooter and congregate in bars or clubs that played black American R&B music, or homegrown bands influenced by it; groups including The Who, The Small Faces and The Kingsmen. Based on the notion that to be poor doesn't mean you're grubby or inferior, the mod movement sparked the motto, 'Clean living under difficult circumstances', something that summed it up brilliantly.

Of course, despite the ‘clean living’ motto of the mod, they did have their fair share of run-ins with their rivals, The Rockers…

Get the Mod Look:

Authentic mods wore three-Button mohair suits, fishtail parkas clad with the quintessential target emblem, Fred Perry polo shirts and Hush Puppies loafers. Being an authentic mod was all about sporting the right labels, but if you want to incorporate elements of the style into your wardrobe, look out for classic capsule pieces such as a navy polo shirt, light coloured chinos and patent dress shoes.

Of course, if you really want to go all out, you could grab yourself a Lambretta or Vespa too.

"Rules are important, but they're temporary and they're always supposed to be changed." - John Lydon, The Sex Pistols

Whether the USA or the UK was truly responsible for the punk movement of the 70s is enough to spark the kind of debate that will have tables and chairs flying across the room before you can say, 'Hey Ho, Let's Go'.

In all honesty, we feel that both the dive bars of New York City, and the smoke-filled pubs of London played a pivotal part in pushing the punk subculture forward - and although each scene was slightly different, its rule-breaking ideology was the same.

Over in the UK, the punk rock scene was led by the likes of The Clash, The Sex Pistols and The Stiff Little Fingers. These bands gave youths a voice and the confidence to put pen to paper, pick up a guitar, shave in a mohawk and stand against the political injustices of the time.

Chaos broke out at many a punk gig, but despite what people think, punk remains one of the most poignant UK subcultures in history, influencing generation after generation both in terms of music and fashion.

Get the Punk Look

The quickest way to inject some punk rock style into your look is to cut the sleeves off one of your faded but beloved band t-shirts (or buy one from a charity shop). Distressed and altered clothing was and still is a major element of punk fashion, so don't be afraid to get a little bit scissor-happy.

Grab a black leather jacket and modify it with safety pins and studs, get yourself some drainpipe jeans and Doc Martins and you’ll be looking like a proper punk in no time. Or, if you want to go the whole hog, cut in a mohawk and get a piercing or two. Whatever you do, tailor your look to suit your personality - punk is all about self-expression after all. 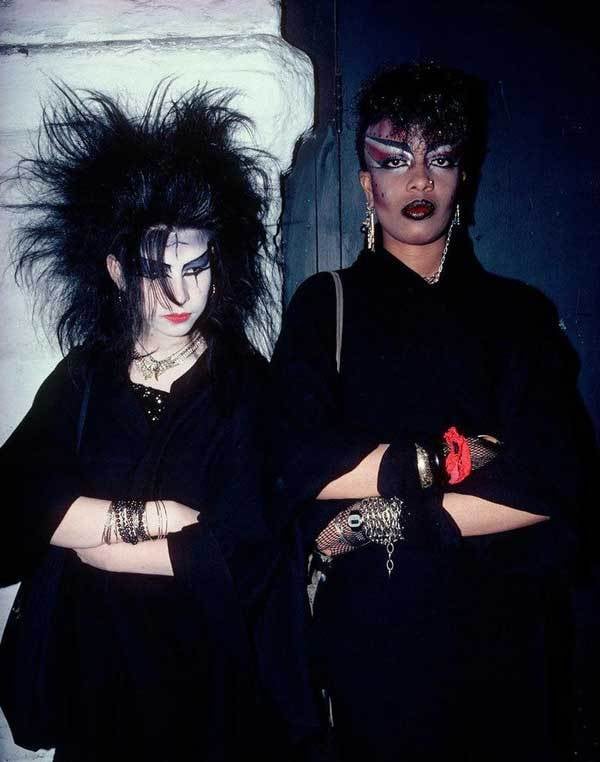 "It's only people that aren't goths that think the Cure are a goth band." - Robert Smith, The Cure

One of the most intriguing of all of the UK's iconic subcultures, goth is something that has taken many forms over the years, in a lot of ways, making the movement as relevant today as it ever was, if not more.

Closely associated with repressed teenage rebellion, the darker side of fringe culture and seen as a more edgy alternative to punk, the goth movement picked up momentum in the late 70s when members of The Damned took to the stage wailing and howling in dark makeup and black cloaks. It wasn't long before the likes of Siouxsie & The Banshees, Bauhaus and Gary Numan followed suit and a goth in its purest form, was born.

Dark and moody, goth has always held up a defiant finger to conformity, and in the modern age, the look and ideals live on in acts including Marilyn Manson and Chelsea Wolfe.

Get The Goth Look

Being a goth is all about looking dark, and as a result, somewhat menacing. Heavy contrasting makeup (pale and dark), as well as plenty of zips, leather, big boots and black clothing all contribute towards an authentic goth look.

While newer subgenres of goth, such as pastel goth, and (arguably) Steampunk incorporate lighter colours and textures into their signature look - the safest way to an irrevocably gothic style is to rock all black clothing, with the odd accessory and accent of colour. 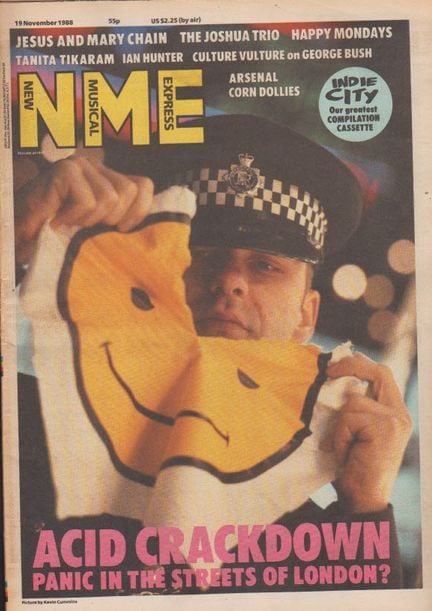 "As soon as I heard the first acid house track, I bought it. It was like nothing else." - Carl Cox, UK DJ

After the sun set on the first wave of goth, post-punk and mod revival, things arguably went a little stale in the UK for the majority of the late 80s, with cheesy pop music, preppy kids and new romantics dominating the TV, clubs, pubs and airwaves.

But then, a group of bored friends went to Ibiza for a summer holiday and were taken aback by what they experienced. Armed with a head full of happy hardcore and house music, whistles, bucket hats and a newfound sense of optimism, these guys came back to The Big Smoke and before too long, the rave scene was born.

Ravers from all over the country would tune into pirate radio stations to find out about illegal warehouse parties and outdoor raves, flocking to them in their masses to get lost in the music.

As the scene took off, more DJs and artists emerged as did legitimate rave venues including The Hacienda in Manchester and the Slough Centre. The UK's initial burst of rave was quite short-lived but a renaissance is happening in the UK right now, and it's an exciting time indeed.

Get The Raver Look

To look like a real UK 90s raver, you need to buy a bucket hat, wear plenty of neon accessories, don baggy round neck t-shirts and loose jeans, Adidas trainers, round-lensed sunglasses and to finish off the look, a pea whistle.

While they may have their striking differences, these four iconic UK subcultures are without a doubt the most important movements in history, and when you think about it, they all have one big thing in common: young people standing up and daring to be different. And that, my friend, is a beautiful thing.

Which is your favourite iconic UK subculture? Comment below!

Keeping Punk In The Winter

Atomic! Badass Punk Women In The 70s And 80s

Dan Hughes is a content writer, published author and aspiring odd-ball novelist with a passion for music, technology, travel and the amusement of parenting. When he's not writing or playing his bass, Dan likes to enjoy a few pints at his local boozer or go on long walking adventures with his wife, Lynsey and little son, Sidney.