While the music was awesome and the lifestyle seemed luxe from afar; in the 1970s, life in an economic recession was far from glamorous. New York's industrial business was hit hard and had some dramatic impacts on society during the disco era, causing a ton of families to move away from the city and into safer suburbs.

If you've seen any of the episodes of the new Netflix series, The Get Down, you'll definitely get the gist of what I'm talking about. In many of the episodes, you see how much crime there really was, particularly in New York City where the show is based. The reason behind the spike in crime was due to a huge cut in law enforcement and firefighters- not to mention, citywide unemployment in general was at a staggering 10%. Because of the lack in staff, many crimes and fires were simply not attended to. 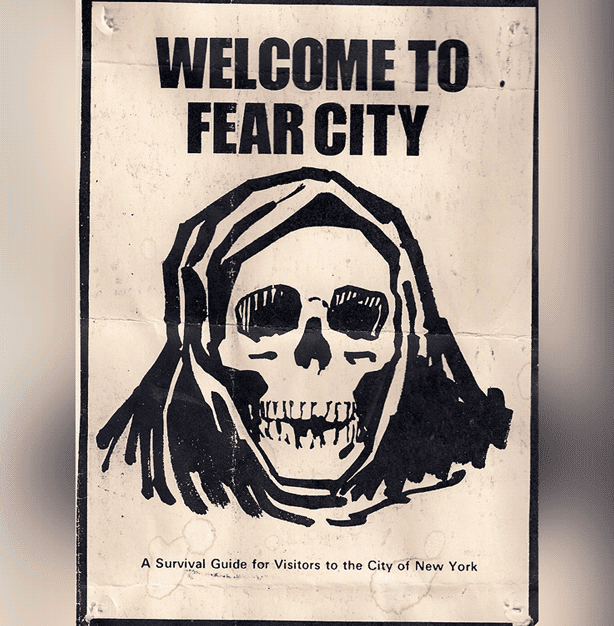 The brochure shown above was displayed in an airport in 1975 to greet tourists. It listed several survival tips to get around the city, like not taking the subway after 6 PM.

In the 25- hour citywide blackout in 1977 seen in one episode, about 40% of off-duty police officers refused to show. This increased the existing animosity between the police union and the city and certainly didn't help with the incredible amount of social turmoil at the time. During this era, the subway system was referred to as "the mugger's express" with 250 felonies each WEEK by 1979, prostitution and homelessness became enormous problems, and by the end of the 70s over a million people left New York City due to its living conditions. Landlords would even occasionally set their own buildings on fire in an attempt to collect insurance money. Theft, arson, and other crimes were things all too familiar to everyone living in New York at this time, just like some of our favorite main characters we see in The Get Down- Ezekiel, Mylene, Ra-Ra, Boo Boo, and Dizzee.

70s Music Era in The Boroughs 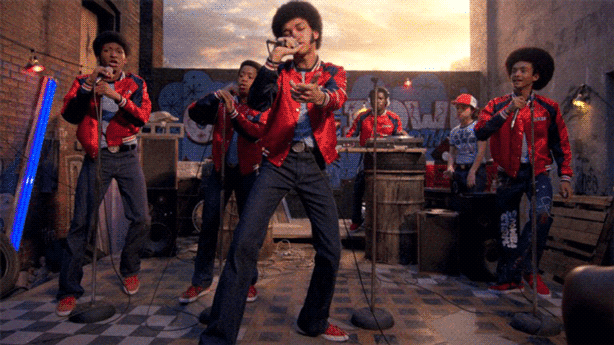 It's pretty unanimous that some of the greatest music of all time was produced in the 70s- every genre from punk rock and hip-hop to disco and jazz flourished, especially in the hub of New York's musical talent. It was pretty much everything that the radio today is not, which is all good in my book.

Disco is the most emphasized genre in The Get Down, with Grandmaster Flash street parties in various episodes. Throughout the show, Shaolin Fantastic and Ezekiel team up to become turn table icons through the lessons of the Grandmaster himself. Disco venues like Les Inferno were sought after by dancing enthusiasts and drug addicts alike, searching for a place to let loose. The people that you see in the series will do- or pay- just about anything to get in and have good ties with Cadilliac and his mother, Fat Annie. 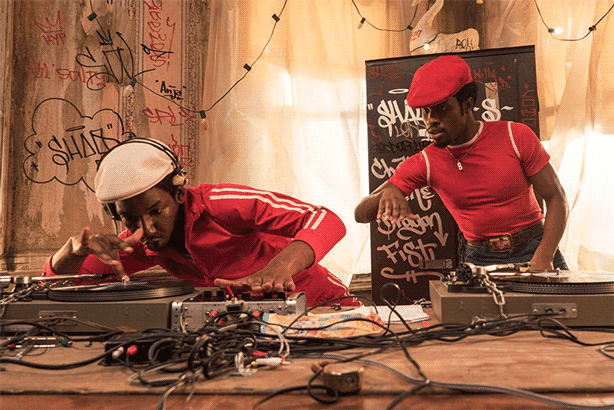 If you're familiar with the reputation of infamous clubs like Les Inferno from the show, it comes as no surprise that the inspiration came directly from clubs that existed in New York during the 1970s. Music venues like Max's Kansas City, Mercer Arts Center, Ali's Alley, The Gallery, and CBGB and OMFUG were just a few common names in the music scene. It wouldn't be unheard of to run into David Bowie dropping by to see the New York Dolls at Mercer Arts Center or watch Bruce Springsteen and Patti Smith perform at CBGB's Second Theater. And seriously, how awesome is that?

Speaking of CBGB and OMFUG (short for Country, Bluegrass and Blues and Other Music For Uplifting Gormandizers), it was the starting place many of the rock bands that you're (hopefully) still familiar with today. The Ramones, Blondie, The B-52's, and several other bands planted their roots at this notorious club during the formative years of punk rock. That's something incredible, that even millennials like me, can relate to.

The Get Down in Fashion 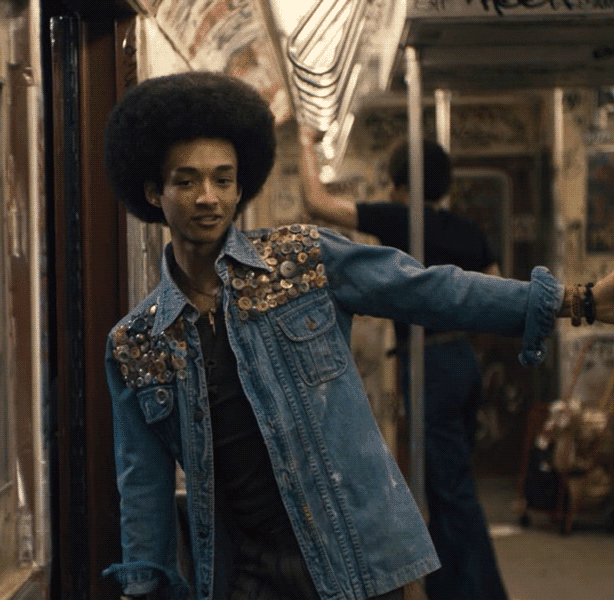 As if the music wasn't cool enough, fashion in the 70s was widely represented across designer levels and on the streets. Charlie's Angels, Abba, Elton John, Vivienne Westwood, Diana Ross, The Osmonds, Cher, David Bowie, Diane von Furstenberg... any of those names ring a bell? All were huge influencers in the fashion world during the 1970s, all with a style unique and different from the next.

Diane von Furstenberg is the designer of the original wrap dress, which skyrocketed from the very getgo. In just two years, she sold over 5 million wrap dresses and was named 'the most marketable designer since Coco Chanel' by Newsweek. Speaking of the relaxed fitting wrap dress, it was one of Diana Ross' staple garments in her closet, which she often paired with huge hoop earrings.

The fashion styles from The Get Down represent early hip hop fashion and disco glamor. If you can believe it, the costume designer Jeriana San Juan only had three months to create every single look you see in the first season. If that doesn't impress you, I don't know what will. San Juan drew inspiration from street style photos from the 1970s, old store catalogs during the decade, and got advice from Grandmaster Flash himself to create her designs. It helped a tiny bit that Diane von Furstenberg, Halston, and Gucci opened up their own archives for the show. San Juan approved every garment before each scene to be sure that the clothing accurately depicted the fashion during the 70s- that means every extra featured was checked, too. Personally, I'll take any of Mylene's day dresses paired with Dizzee's embellished denim jacket every day of the week. 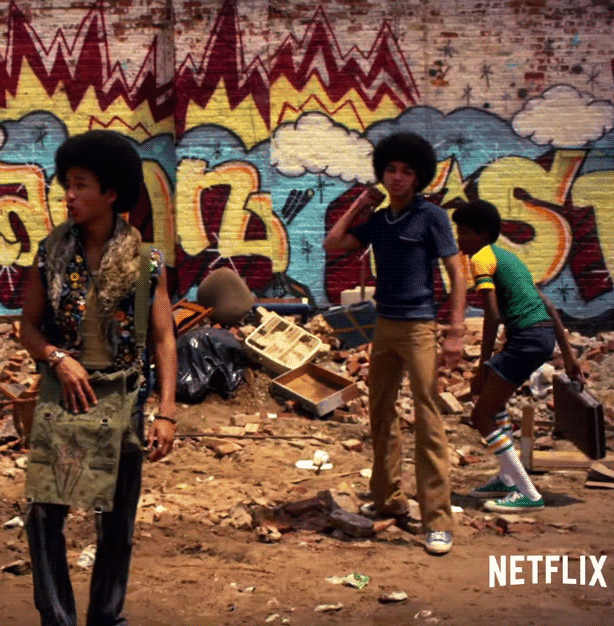 What was it really like living during the disco decade? Well, Chuck Taylor's cost $19, New York City was eternally grimy, and graffiti covered every square inch of the trains passing by. Still, living in each borough was different for everybody. You get the more pretentious feel of Manhattan from The Get Down when Ezekiel goes for an interview to "work for the white man and not get paid", in comparison to the run down neighborhood that the cast lives in the Bronx. As someone who lives in New York, it's interesting to still see the impact that this decade continues to have on the city. Manhattan is still considered the most expensive borough, and every other borough has sections that you just don't go into unless you're familiar with the area.

While there is far less crime today than there was in the 70s, The Get Down makes it easy to visualize just how day- to- day life was. Dizzee and his group of friends frequent blank wall spaces and trains to spray with graffiti, and look up to the accomplished artists of that time. Subway cars sufficed as canvases for famous street artists like Bil Rock, Lady Pink, Daze, and Jon One. In the show, Dizzee anxiously awaits the train passing each night so he can see his artwork from afar.

Another big part of the show and life during the 70s centered around drugs. Music producer Jackie Merano from The Get Down comes close to dying while using practically every drug in the process of writing a song for Mylene. Drugs are passed nonchalantly throughout the clubs, and almost every character is seen smoking something at some point in each episode. It really reflects how casual it was at the time to be using drugs, and how unenforced the penalties were.

Every aspect of culture during the 70s that is shown throughout the series is truly interesting and thought provoking, especially for someone who hasn't seen it first hand. I'd highly recommend the series to anyone who is interesting in music, art, or history in general.

Have you watched The Get Down? What did or didn't you like about the show? Let us know in the comments below!

HBO's Vinyl Brings Retro Rock Style Back To The Masses

The Top Rock And Roll Movies Of All Time
1970s Fashion Trends: How To Recreate A 1970s Look
Atomic! Badass Punk Women In The 70s And 80s

Additional Information Credit: All That Is Interesting, The Atlantic, Marie Claire, Noisey, and Vogue.