In recent years, the popularity of vintage fashion has made a big comeback and the 1970s fashion trends are no different. If you’re like many other fashion-savvy people, you want to keep pace with the latest trends, but, you might be looking for a little help on how to recreate a 1970s look that will turn heads as a daily fashion statement or for a special night out on the town.

When 1970s fashion comes to mind, you probably think about bell-bottoms and fitted button-up shirts, but, it is so much more than that. The 1970s were a time of freedom and expression after the upheaval of the 1960s.

The 1960s radical wave of love and peace influenced the 1970s styles that we all know and love today as every-day people used the relief caused by the end of the Vietnam War to include more casual looks like polyester suits with open-collars without ties, while women took this as a chance to wear whatever they wanted, no matter what society deemed acceptable at the time. 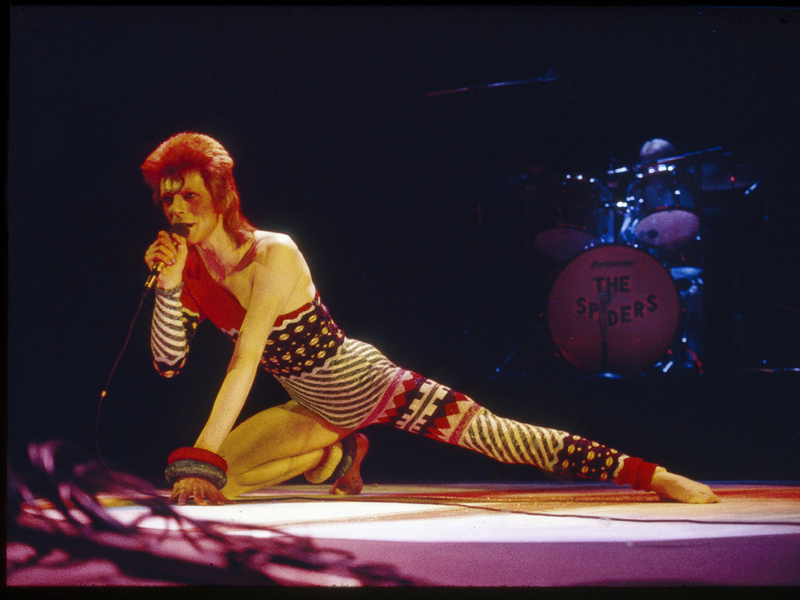 David Bowie as Ziggy Stardust had a huge impact on the 1970s fashion and has created a legacy that has lasted the test of time. His boisterous glitter makeup and shiny outfits were all about self-expression and being who you truly are.

Meanwhile, Bob Marley took a more casual approach when he started wearing M-65 jackets on stage, bringing military-style into fashion in the 1970s. It could be argued that this choice helped to shape not just the 1970s fashion, but, modern-era fashion as well. 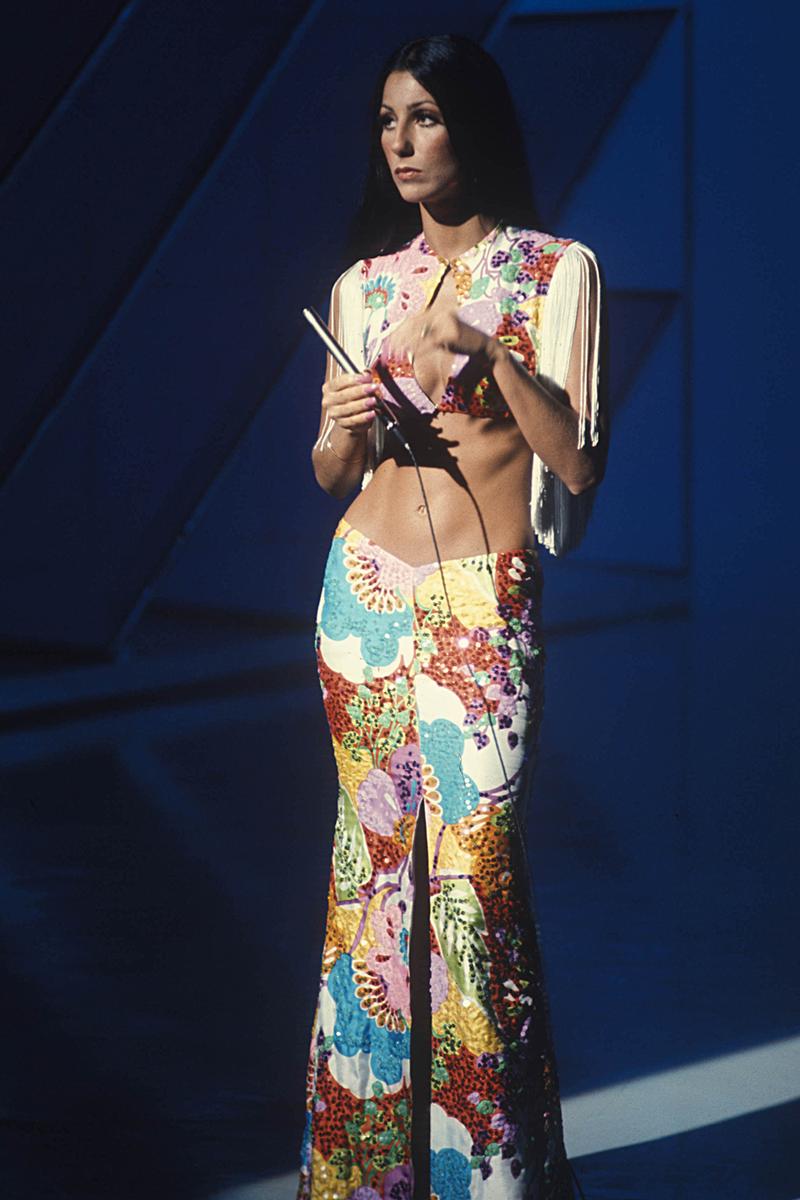 Other stars like Cher, Roy Halston, and The Osmonds all brought their own special flavor to 1970s fashion, all of which had two things in common: comfort and expression. 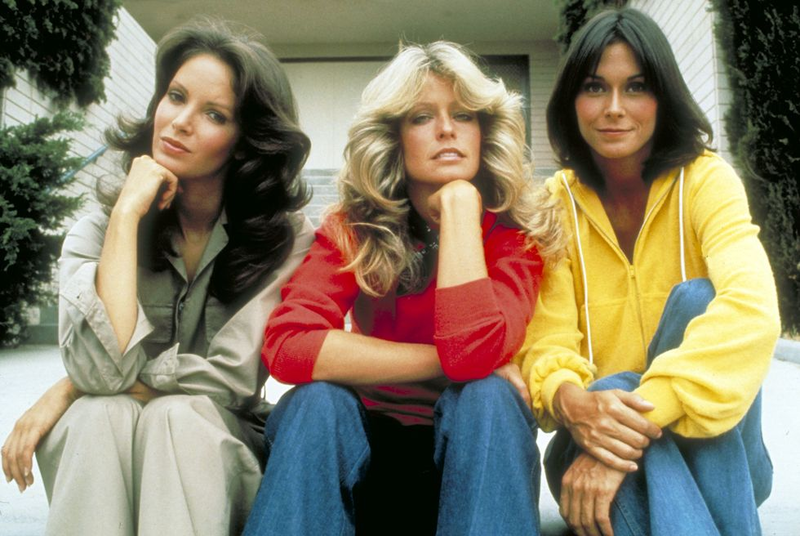 In cinema, movie-goers in the 1970s were often inspired by looks from some of the most popular films of the era.

With the late 1960s release, Easy Rider inspired 1970s fashion through a script that touted self-expression as the in thing to do. This inspired the iconic long hair, sideburns, tight pants, and biker boot trends with men.

The ladies, on the other hand, were largely inspired by the 1970s Saturday Night Fever, Annie Hall, and Charlie’s Angels. Disco suits, baggy pants, men’s ties, and feathered hair-styles were all a great way for women to break the status-quo and wear whatever they wanted. Long gone were the shackles of skirts and bras, unless you chose to wear them yourself.

Weekly TV shows like the Brady Bunch also helped to shape 1970s fashion and made bellbottom jeans and trousers a major hit among younger generations. 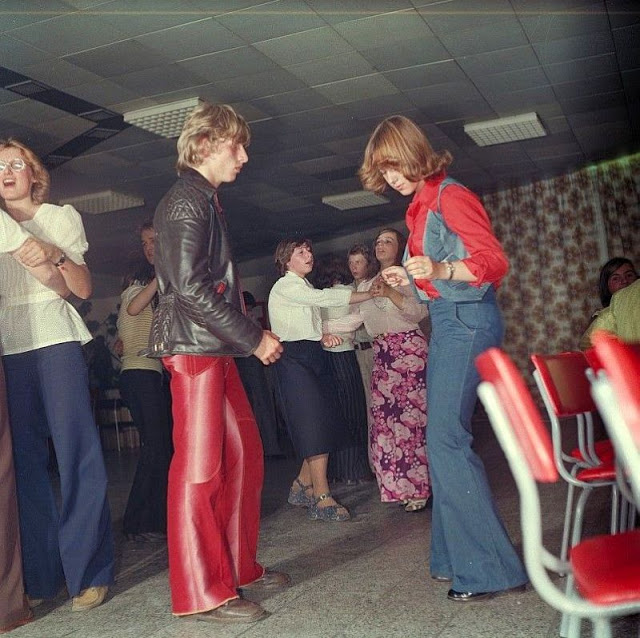 While it is speculation, it is thought that Bellbottoms were initially made for sailors in 1812 since the extra-wide legs helped sailors to roll up their trousers in the event of high-water. But, in the 1970s this function became more of a fashion statement with both men and women wearing bellbottom jeans and casual trousers for every-day looks. Whether they were made out of brightly colored cotton, denim, corduroy, or satin polyester, they were oftentimes paired with funky platform shoes.

Bellbottoms are a statement piece that will turn heads wherever you go. You can spice up your modern-era 70s look with a pair of bellbottom jeans, a bell-sleeve top, and some funky circle shades. 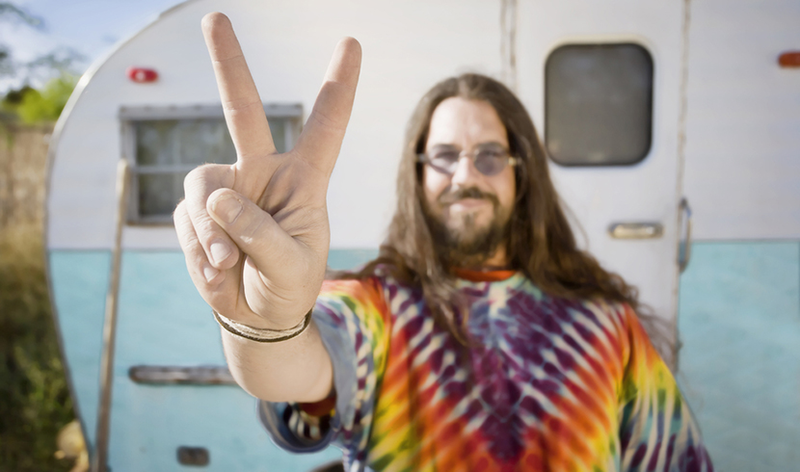 Tie-Dye has been a part of American culture since the 1920s, but, it grew in popularity in the 1970s when worn by stars like Janis Joplin and Jerry Garcia. Throughout the 1960s and 70s it was popular to use the tie-dye technique to create bags, blankets, tapestries, and yes, even those iconic tye-died T-shirts that seemed so prolific during the time.

Tie-Dye is the perfect middle-ground between comfort and fashion. It comes in many different colors and styles. If you’re feeling flirty you can pair a Tie-dye dress with some platform boots for a sassy expressive look, or you can keep things casual with the classic Tie-dye T-shirt paired with the comfort of bellbottom trousers in a neutral color to let the shirt do all of the talking.

While Platform shoes may have a certain stigma in modern times, that wasn’t always the case. In the 1970s platform shoes were the in-look, especially for urban African Americans.

Their popularity among the younger generations in the 1970s was aided by stars like David Bowie who could be found wearing platforms during his performances as Ziggy Stardust.

The higher the better in many cases with 1970s platform fashion, but, some people were still hesitant which prompted platform manufacturers to release ads showing just how little wearing platform shoes would limit your mobility.

The general population was sold, making platform shoes a  must-have for both men and women.

Platform shoes are always a great go-to when you want to stand above the crowd. There are modern platform boots, sandals, or heels that will accessorize any 1970s throwback outfit. 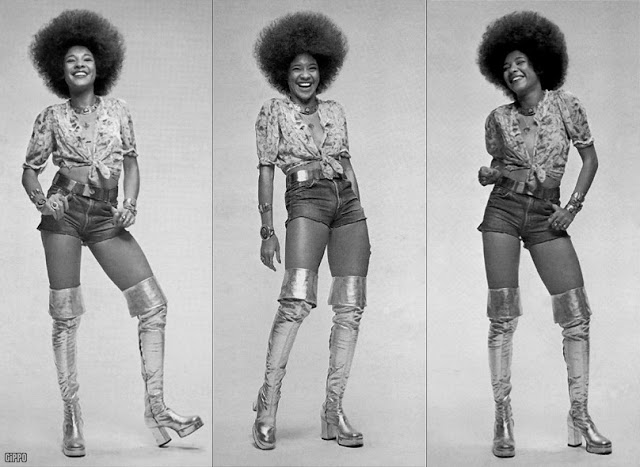 Down with the patriarchy, up with the hem-lines. In the 1970s women took their rights to wear whatever they wanted to very seriously. After the burning of many bras, the younger generation of women started wearing pants rather than skirts and dresses and embraced the ever-shorter shorts like hot pants for their daily wardrobe.

While they may get the side-eye from older generations, the 1970s were all about self-expression.

Hot pants are the perfect spring and summertime choice for bottoms. They can easily be paired with a crop top or tie-dye t-shirt tied at the waist for a fun and flirty look. 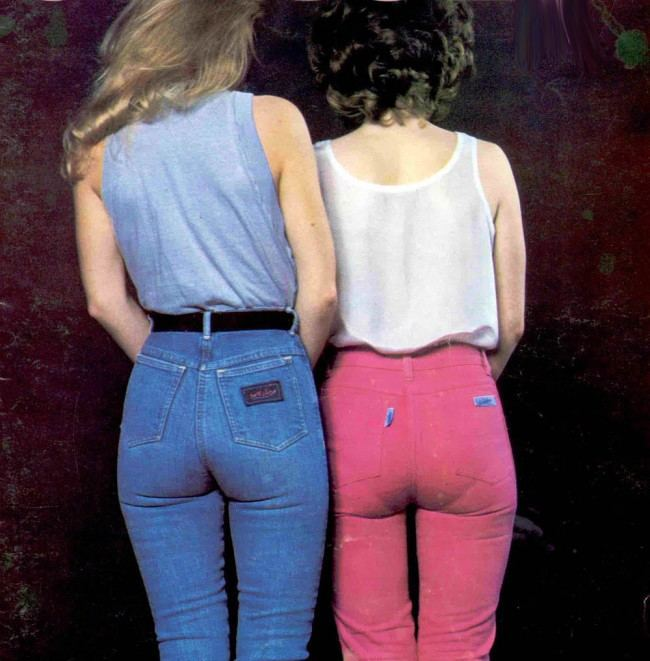 A figure-flattering silhouette, high waisted jeans were a more modest contrast to the popular hot pants of the 1970s. Despite their coverage, however, these high-waisted jeans come in either straight leg or bellbottom versions.

High waisted jeans, though a staple in the 1970s are making a huge comeback with high waist jeans, shorts, and even skirts.

High waist jeans are the perfect staple for anyone who wants to flaunt their figure. They accentuate curves and pair perfectly with a band t-shirt or a flirty button-up blouse. 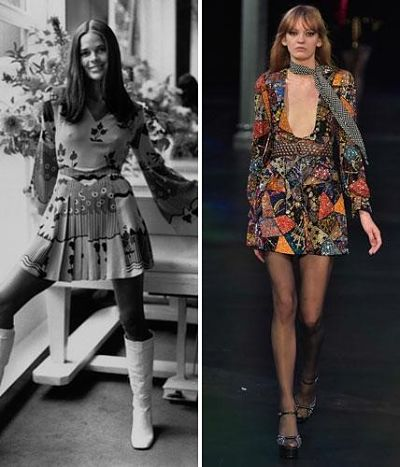 A fashion staple throughout the centuries, the Bell Sleeve became a huge hit in the 1970s. With a tight fit at the shoulder that slowly got wider toward the elbow and wrist, this flirty fashion trend is once again making waves while vintage 70s clothing is becoming the “in” thing.

Bell sleeves can be found as dresses or stand-alone tops that can be paired with a cute pair of high waisted jeans and a pair of strappy sandal platforms.

Of course, these are just the staples of a 1970s look, you can mix and match any of these elements to create your own funky fresh look that pays a modern-day homage to the 70s fashion trends.

Which of these 70s staples are your favorites? Let us know, and share these fun vintage styling tips with your friends!