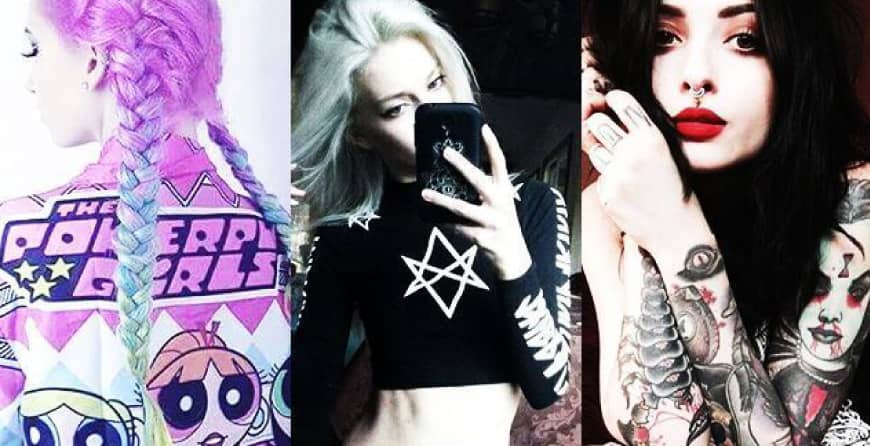 Sometimes, it's difficult to be different. In a world where everybody is striving to achieve their own unique sense of style, alternative fashion trends can end up sticking and becoming popular. It almost seems like the more we strive to be individual - the more we end up becoming the same. After all, in a world where everyone is special, nobody is - right?

OK, so maybe that's a bleak outlook on things, but it's a pretty pertinent point when we consider that some of the most popular alternative fashion trends of the last 40 or so years have actually managed to cement themselves in the realms of the mainstream. 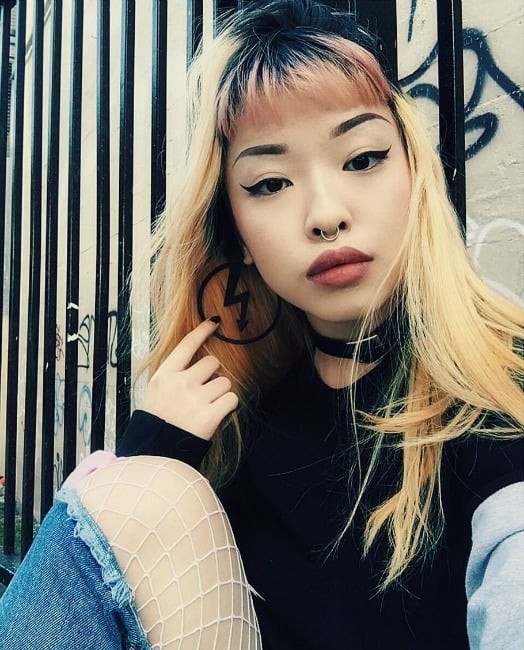 It's an unavoidable fact that fashion designers and clothing manufacturers will always borrow from indie designers, street styles, and trends (I should mention that the term 'borrow' is putting it politely here). Nothing is sacred, and as soon as alternative trends become popular, they will inevitably be reproduced in one way or another. The rise of Steampunk style in mainstream fashion is a perfect example of this happening quite recently.

But as trends become popular with the masses, they often lose their appeal. This is simply the nature of the beast; fashion is constantly evolving, dying and then reinventing itself as something compeltely new. But what about the once alternative trends that have stood the test of time?

Let's take a look at some notable fashion trends that started out in the alternative sphere, but somehow ended up turning mainstream.

It's almost difficult to believe that about a few decades ago, tattoos were largely regarded as an alternative fashion trend. An art-form normally reserved for prisoners, sailors, members of the military or gang members - tattoos were, arguably, a motif to show allegience to a particular sect or group. They were a way of marking oneself as part of a tribe, and this inevitably became a was of showing oneself as part of the 'anti' or counter-culture. Now it seems that just about everyone has a tattoo - and there's a tattoo to suit just about everyone. 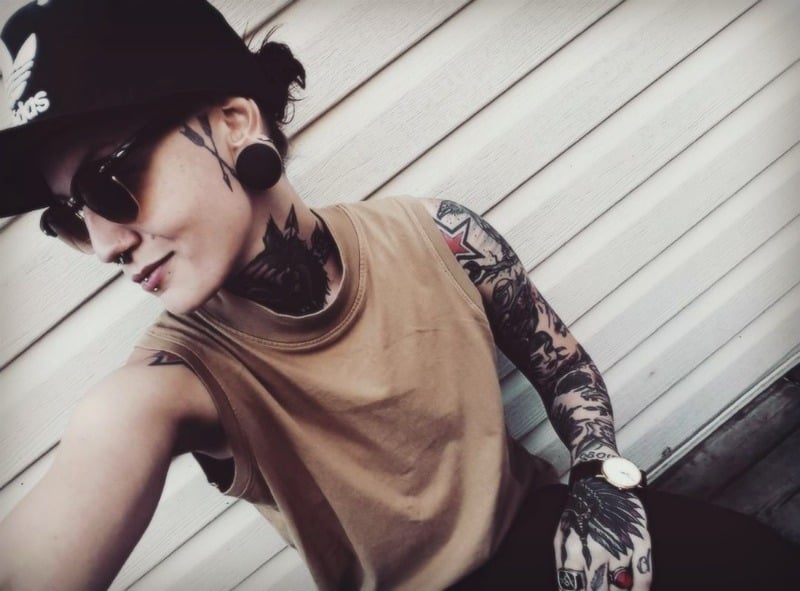 Just like tattoos, piercings (at least piercings anywhere other than through the ear lobes) are a once alternative trend that has now  become undisputably mainstream. But how did they end up going from sub-culture to pop culture?

While body piercing is by no means a modern phenomenon, it was uncommon for most western cultures to have anything pierced other than the ear lobes. This changed around the 1960s, when it is thought that the Hippie movement introduced the trend of nose-piercing, drawing on traditional Indian customs.

This later evolved during the Punk era of the 1970s and through the '80s as punks, rockers and goths adopted nose piercing (and other piercings) as a symbol of defiance. It was an outward expression of the rejection of conservative values; as 'counter-culture' as you could get.

But since then, body piercing in all forms has continued to move past being a symbol of rebellion and has become fixed firmly in mainstream fashion. 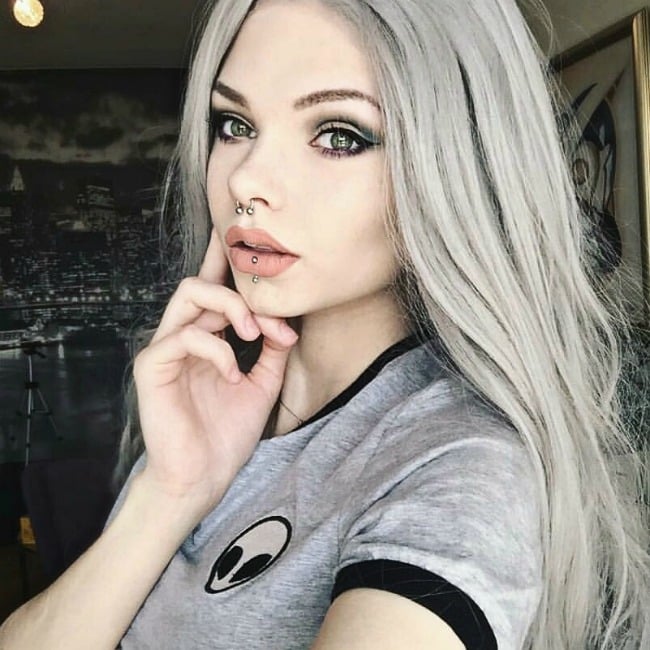 The aforementioned Punk era wasn't just responsible for raising the popularity of piercings. It was a movement that has been instrumental in shaping modern trends that are still relevant today. Modern punk, cyber punk, gothic punk - all these are derivatives of the original 'fashion' which was actually (somewhat ironically) a rejection of popular fashion itself.

Perhaps the most notable surviving Punk rock era motif is the use of studs, chains and metal embellishments. Metal studs are still going strong - and are a welcome addition to many a chiffon blouse or leather jacket, in order to give an otherwise simple clothing item appear more edgy. 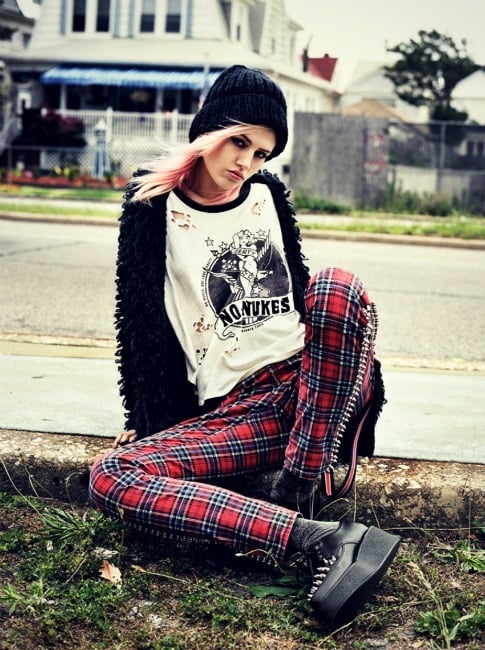 Authentic '90s grunge style was another one of those fashion phenomena that arose as a symbol of rebellion. The grunge style  and attitude was very much about being understated, scruffy or even unkempt. Basically, the less effort you looked like you'd put into your outfit, the better.

The grunge era was all about flannel shirts, combat boots or Dr. Martens - and a general 'I don't give a F*CK' attitude. But since then, it's given birth to subgenres of the original style, most recently Pastel Grunge. This interesting style blends the gritty, unkempt and downright 'ugly' elements of grunge with the complete opposite - the cute and Kawaii. 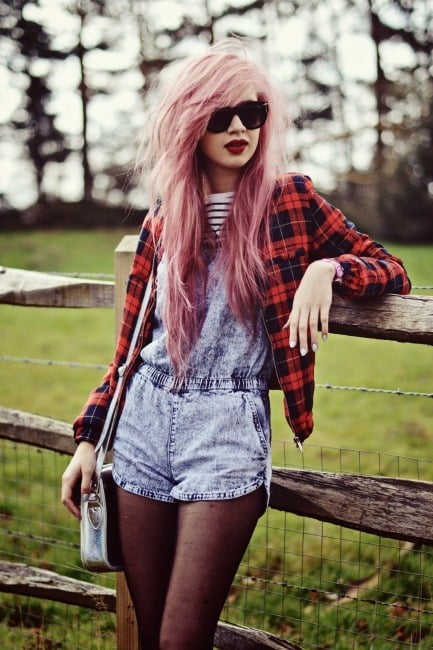 Remember when dark clothing, skulls, crucifixes and leather were definite symbols of the counter-cultrure? Not any more.

Much like the use of metal accents and studs coming from the punk era, it seems everything has a skull printed on it these days. Gothic style influences can be found everywhere in mainstream fashion; from dark lace dresses, to leather boots, to emo-style t-shirts and even skull printed leggings.

Gothic style originated in the post-punk era, and combined an antiquated style with the more edgy elements of punk fashion - wild makeup and edgy accessories to name a couple. But today it is very much a mainstay of fashion, constantly reinventing itself to remain fresh and relevant; with new trends like Pastel Goth looks (very similar to Pastel Grunge) becoming popular. 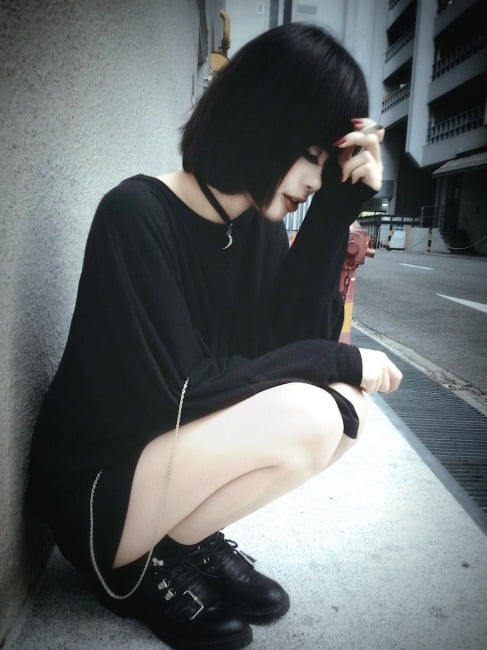 These days, it seems like it's more challenging to find someone with natural hair color. But while people (especially women) have been dying their hair for years, the more recent trend of brightly colored hairdye seems to have gained popularity and it looks like its here to stay.

Now it's more common to go for the 'unnatural' rather than the 'au naturale'. Basically; rainbow hair is everywhere.

Green, blue, purple - no color is off limits. While there was a time when brightly colored hair was reserved for the counter-culture (yep, those punks again) bright colored hair is now a staple of modern fashion. It seems like there simply aren't enough colors out there to keep things fresh and exciting, as more and more elaborate colored hair trends keep popping up  - such as the recent unicorn hair craze. 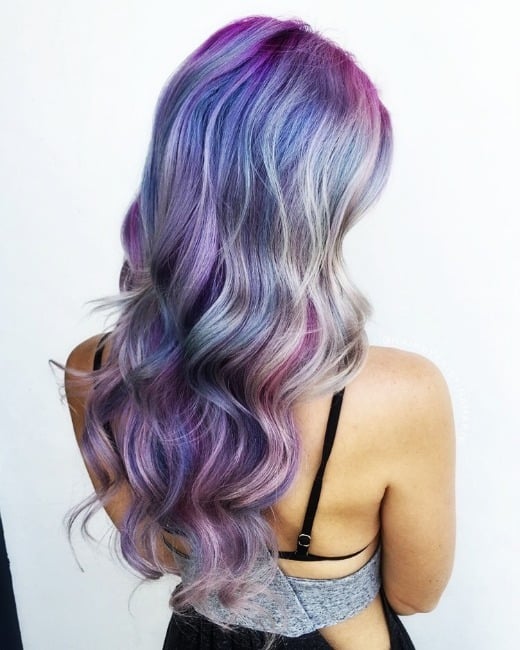 While it might well seem like nothing is sacred, and that as soon as a new, uniquely original alternative fashion trend gains popularity it will somehow end up turning mainstream - don't sweat it. As mentioned before, fashion is fluid - constantly being reborn in new ways, so the most important thing to remember is to have fun with your style.

Don't dress just to be different - dress according to how you feel. If you want to rock a trend - go for it. Don't worry about it eventually becoming mainstream. Remember; your own personal style will intevitably evolve too.

Did we miss an alternative trend that has ended up turning mainstream? Let us know about it in the comments section below.

5 Reasons To Get Excited About The Future Of Tattoos