Often referred to as The Seattle Sound, in the early 80s to mid-90s, the Grunge movement took the world by storm with its colossal guitar groans, subversive melodies and an unlikely stream of rock stars. 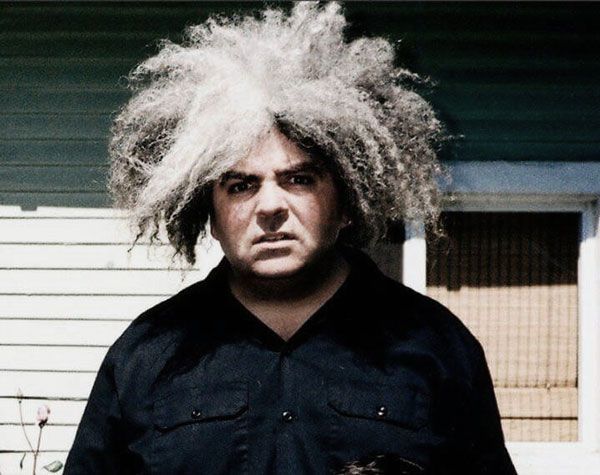 Grunge, although arguably short-lived, influenced generations of frustrated youngsters across the globe, giving them a voice as well as a look.

Yes, like all essential subcultures, Grunge influenced the world of fashion as well as music history.

A Brief History of Grunge 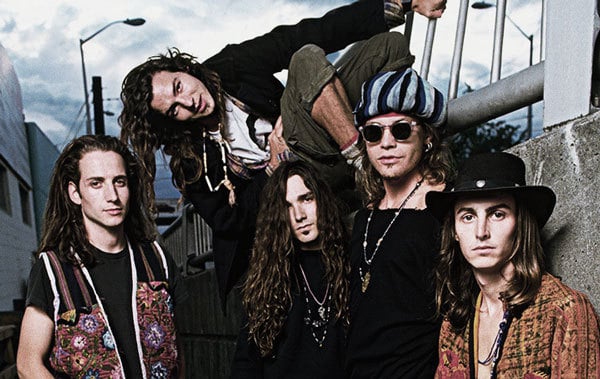 Back in 1983, a small yet potent band called The Melvins started making waves in the Washington underground scene with their hard-hitting mix of metal and punk.

Around that time, Seattle was in the midst of shedding its hippie image while clutching onto its city-wide values of non-conformity and sticking it to the man. It wasn't long before this rebellious mindset paved the way for the first wave of grunge bands - influenced by punk as well as the sound of The Melvins - the likes of Green River and Soundgarden.

Influenced by The Melvins, these bands began to pick up some serious momentum in Seattle, and the grunge scene was born.

Youths across Seattle and beyond began to get on board with the music, the attitude and the clothing, spreading the message across the pond, with Sub Pop Records producing and distributing many of the most iconic sounds of the time.

Between 1988 and 1990, a tight-knit clique of Seattle bands did a lot of member-trading and band transforming - and eventually, out of this emerged Nirvana and Pearl Jam.

Little needs to be said to introduce these two big-hitters and the rest, as they say, is history. And although the original grunge scene is dead, it lives on in the youth of today through music, literature - and of course, clothing. 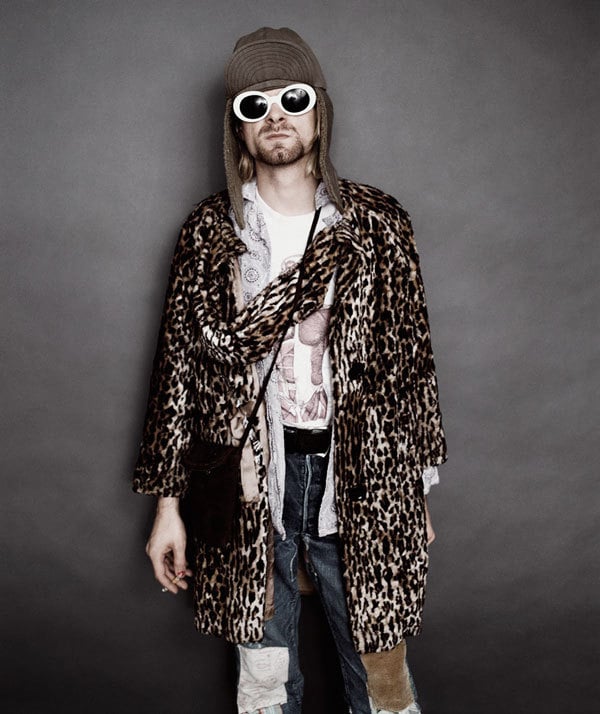 So, what is grunge fashion? Well, the first thing you need to know about grunge fashion is that grunge, by its very nature, rebels against fashion. Also, the word grunge relates to dirt and grime - so to sport an authentic grunge look, being immaculately groomed is not an option.

The grunge generation, born from hippies and raised on hard rock, metal and punk, sported what can only be described as a unique post-hippie, post-punk, West Coast look. The grunge look was seen as slack, slovenly, grimy, thoughtless, disjointed and uncoordinated, but with an unmistakable edge.

It was about expressing your emotions through the medium of fashion and essentially saying, we don't give a damn what you think.

This lo-fi, low budget aesthetic meant that to get that raw worn look, many grunge fanatics would flock to thrift stores to get their best garments before heading out to gigs or local bars.

Grunge and The Big Knit 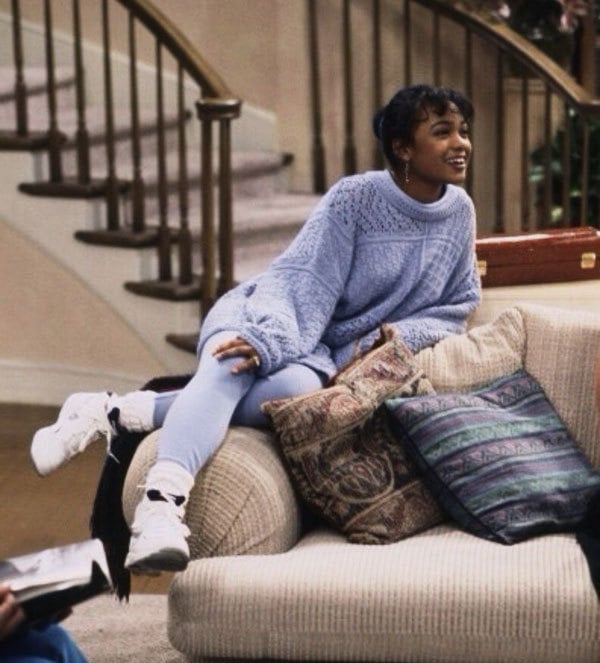 One of the most interesting components of the grunge outfit are the big knits - and there's a functional reason they became so popular.

As the temperature in Seattle can rise or fall by 20 degrees in the same day, it was convenient for grunge enthusiasts to have a long-sleeved woollen button-down shirt or big chunky knitted sweater that could be removed with ease and tied around the waist.

Very quickly, big knits tied around the waist became a grunge staple, and it was popularised by the likes of a certain Eddie Vedder and Kurt Cobain.

Among all of the heroes of grunge music, without a doubt, Kurt Cobain wore a big knit the best - and here are the three most iconic of them all... 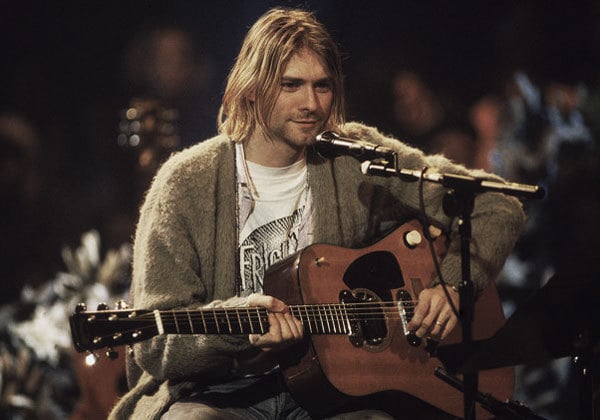 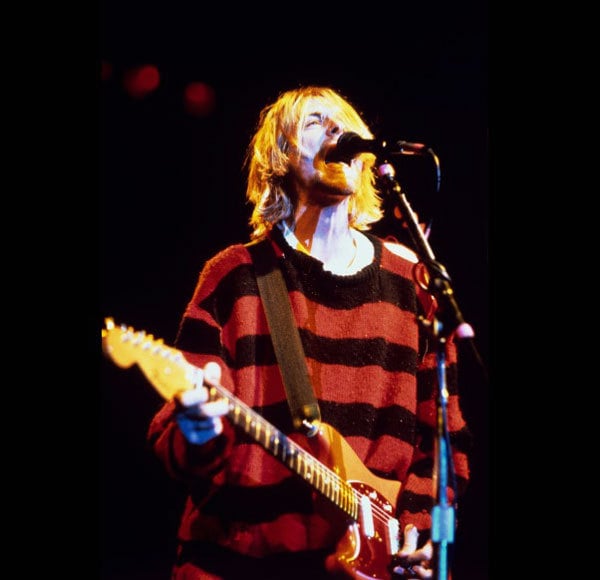 Mister Cobain sporting his unmistakable striped chunky knit during a live show with Nirvana in the early 90s. 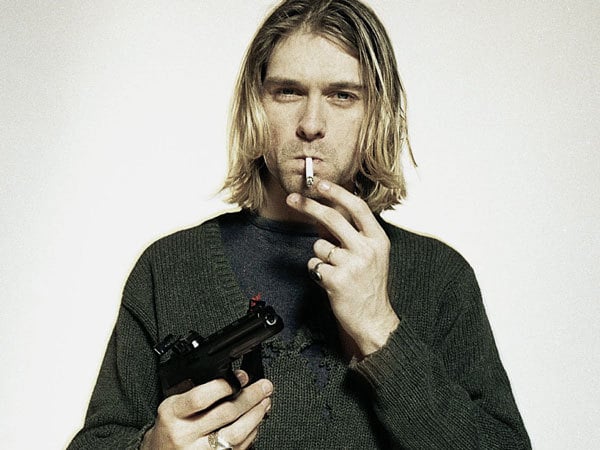 In recently uncovered studio images, Kurt, in a sadly ironic fashion, poses with a pistol in his famous 'moth-eaten look' knit.

We're so trendy we can't even escape ourselves. - Kurt Cobain

There's no denying it, this incredible genre came, conquered and left an impressive dent in the fashion world - long live grunge!

Winter is here and if you want to sport that authentic Seattle grunge look while keeping warm, we suggest getting yourself a big knit or two. Lucky for you, we have a whole section dedicated to grunge where you can craft your look and grab yourself something toasty for the frosty weather.

What are your favourite grunge fashion influences? Comment below!

Everything You Need To Know About Soft Grunge Fashion