Your Guide to Gothic Shirts 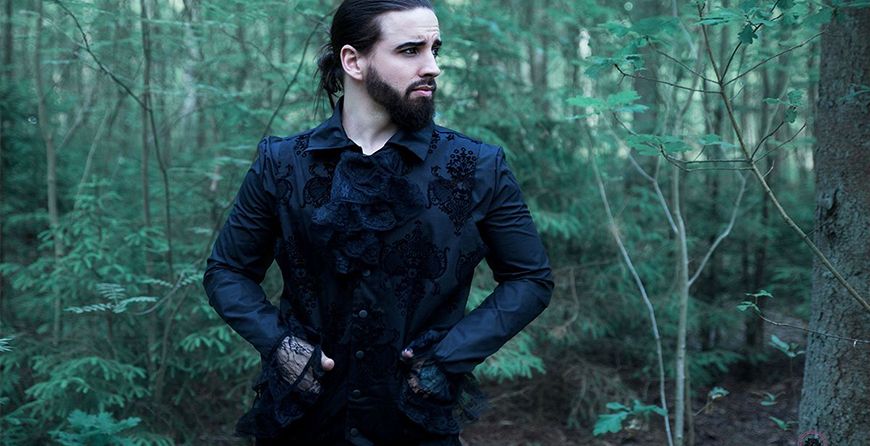 Without a shadow of a doubt, the goth movement is one of the world's most edgy, moving and iconic subcultures. From Joy Division, Bauhaus, and the Cure right through to the likes of Marylin Manson, gothic culture is rich in revolutionary music and visually-astonishing aesthetics. And when it comes to goth fashion, gothic shirts for men are one of the most striking items on the list.

That said, to celebrate this most darkly flamboyant of fashion items, we're going to delve deeper into gothic shirts for men, looking at what makes them unique and why you should wear them.

"Be the strange you wish to see in the world." - Anon goth 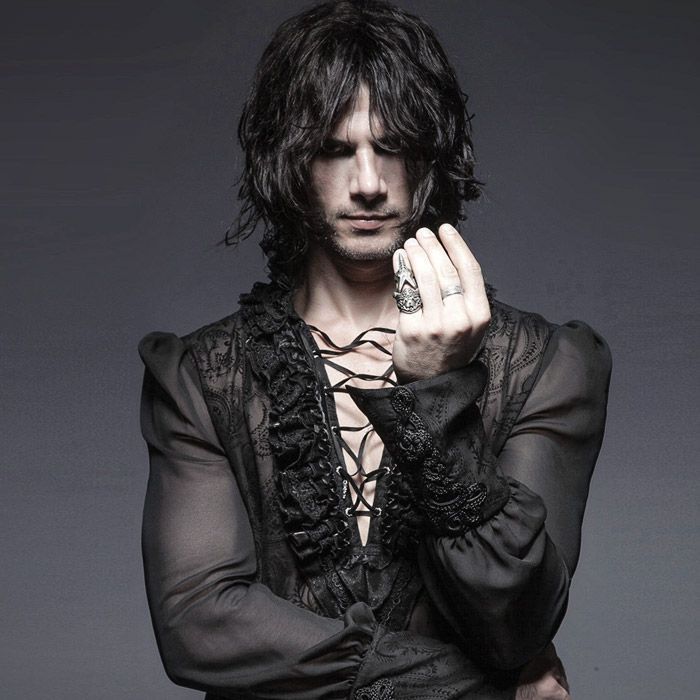 A Quick Background into Gothic Fashion

Before we do delve deeper into gothic shirts for men, in particular, we thought we should offer a quick background into gothic fashion as a whole.

Like any subcultural movement worth talking about, there are many historical nuances to the advent, evolution and various branches of gothic fashion, but as an overview, this deliciously dark aesthetic as we know it derives from the punk style.

As such, the roots of gothic fashion lies in anarchy, using these rebellious overtones to create something moodier, more decadent and celebratory of otherworldly elements such as the supernatural and the occult.

The result? A host of expressive, predominately black garments that exude edge and celebrate the darker, occasionally less digestible elements of life. A look that is unique to the individual but undeniably gothic in each and every way - glorious.

Now, let's move onto the shirts. 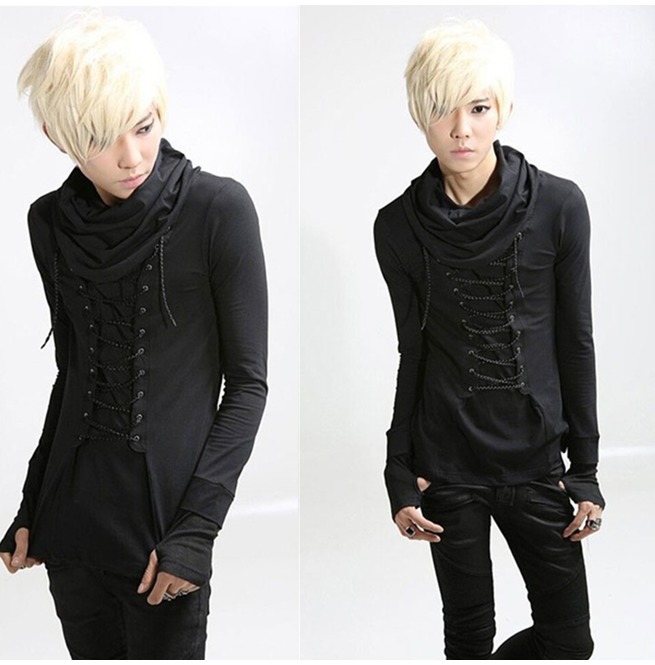 This is going to sound a little strange, but what makes gothic shirts unique is the fact that they are, well, unique.

What we mean by this is that gothic shirts for men are like defiant snowflakes: each one is individual in its own way but much like most gothic garments, when you see one, it's unmistakable.

In addition to their wide-ranging individuality, men's gothic shirts are particularly striking as they largely come in black or darker tones, but many of them are accessorized with lace, contrasting patterns, large collars, off-beat cuts or cuffs, and almost flamboyant button arrangements.

There's some mystical common element in all men's gothic shirts that make them easy to identify yet oh so varied, but these shirts are among the most wide-ranging and creatively designed in the world, meaning finding something unique that suits your personality shouldn't be a problem.

Why Should I Wear Men's Gothic Shirts?

Well, first of all, you should wear men's gothic shirts because the Cure's Rob Smith wears a host of them on a daily basis. As one of the enduring pioneers of goth music, this man embodies gothic flair and you should take a leaf out of his book.

Also, the man is still on fine form, with razor-sharp wit and a supreme goth style to match - as you can see here...

Another reason you should wear gothic shirts is that the primary tones of such creations are black or dark, thus making them incredibly versatile, meaning they can pretty much go with any outfit imaginable. The fact of the matter is, even if you aren't a full-on goth, as such, you can add an edgy element of style to your look simply by investing in a gothic shirt and weaving into the rest of your ensemble.

Moreover, as gothic shirts generally come complete with unique design elements, many of them can double up as shirt-jackets, meaning that you can use your new edgy garment as the centrepiece of your outfit, giving you extra flair while remaining functional and not having to layer up...

Another key feature of men's gothic shirts, in addition to them being flamboyant yet surprisingly functional, is the fact that despite celebrating the darker side of life, the variety of cuts, designs, shapes and patterns mean that you can find a great fitting, soul-satisfying option to suit any mood and to stand out on any occasion.

Essentially, gothic shirts are striking, versatile, unique, come in a seemingly never-ending choice of styles and will your outfit even if you're not fundamentally gothic. What's not to like?

"So the darkness shall be the light, and the stillness the dancing." - T.S Eliot

The goth movement is still as strong today as it ever was, with more branches of the subculture than ever before. Many people write off goth as something dreary and uninspiring but in actual fact, it's one of the most eclectic, vibrant and self-expressive subcultures on the planet - it just moves to the beat of its own drum. When it comes to gothic shirts, this message is important as by wearing one of these incredible garments, you will embody everything that gothic culture stands for; you'll also stand out from the crowd in the best way possible.

Now that you understand the majesty of gothic shirts in greater detail, now's the time to get out there and choose a creation or two that best suits you, your personality and your brand of gothic excellence. And for further inspiration into the many avenues of gothic fashion, check out our essential introduction to the world of the cybergoth.