Just like women’s fashion trends, men’s fashion has changed over the years. However, as the decades pass, we start to see trends of the past trickle back into popularity. This is the case for 1950s fashion. If you’re interested in learning more about men’s 1950s fashion and how to create a timeless look, you’re in the right place.

While men of the past frequently wore three-piece suits from the time they woke up to the time they went to bed, the 1950s started to broaden the scope of men’s fashion with comfort, or leisurewear.

Men would still frequently wear business suits during the day but would change into something more comfortable once they returned home or for their weekends with friends and family.

The variety of options for casual clothing boomed in the 1950s with a plethora of different colors, textures, and materials as the costs of apparel dropped after the war. Synthetic materials had come into being and made clothing much easier to wash and maintain, making their popularity boom much faster than previous fashion trends.

Diversity was key with 1950s men’s clothing, whether you were wearing a suit or casual clothes, allowing your personality to shine through as a man, was a little bit easier than decades past. 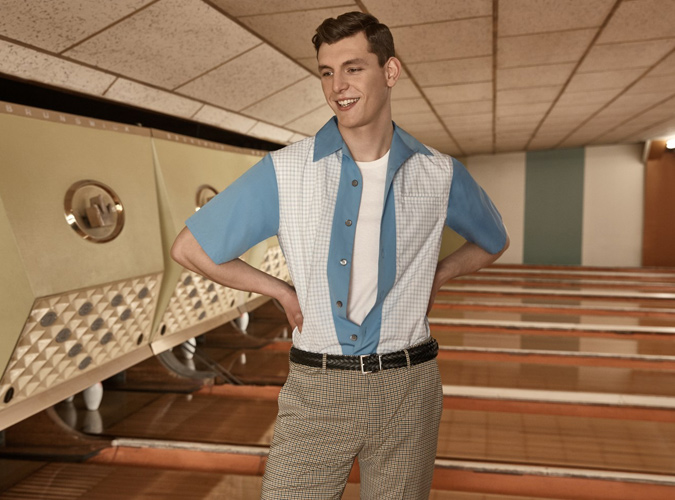 The staples of men’s fashion in the 1950s had a broad range to choose from. Whether you were a greaser or enjoyed the chic, preppy look of a sport coat, there was something for everyone. 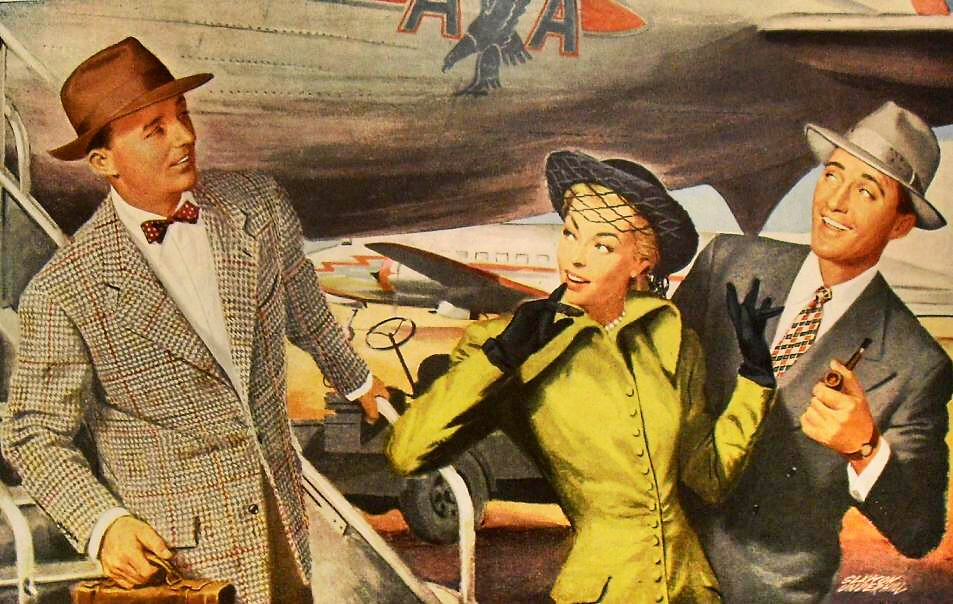 Although men finally freed themselves from business suits after hours, many men still enjoyed wearing sports coats and blazers that mimicked the design of a sleek suit jacket.

The major difference between sport coats and suit jackets is the variety. These leisurely clothing pieces often came in an array of different colors and prints, and it was rare when you could find a solid colored sport coat without even the slightest bit of flare such as a plaid or check pattern. 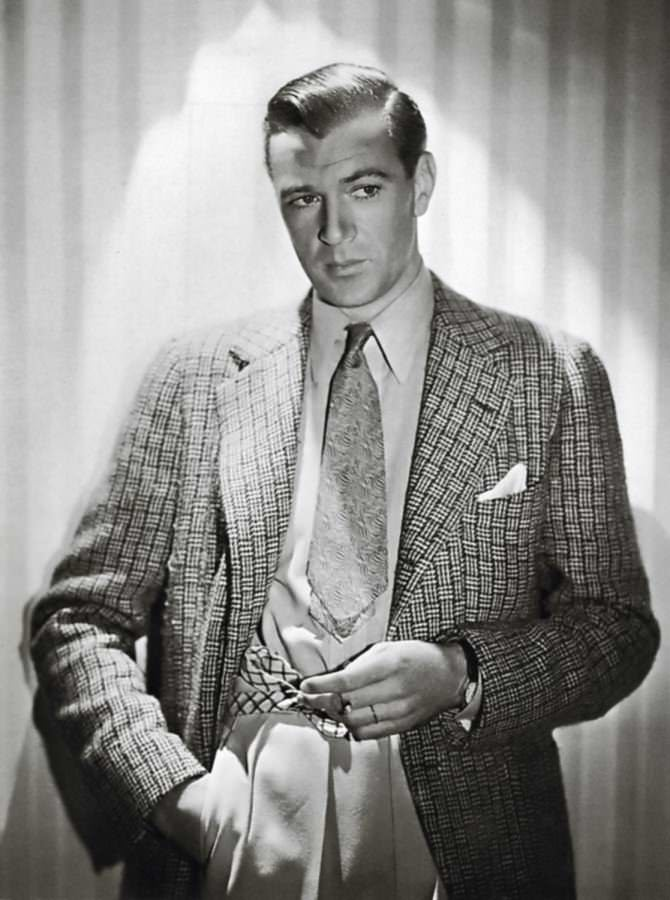 The 1950s fashion was both about business-chic during the day and casual after hours. This meant that the availability of comfortable shirts meant for men to enjoy after work increased, allowing men to find their perfect style without sacrificing personal preference.

From button-down shirts that were a great go-to for year-round occasions to knit shirts, Hawaiian shirts, shirt jackets, and the traditional T-shirt. Each style was available in prints or solid colors, making them the perfect go-to for a weekend with the family.

T-shirts in the 1950s, while not overly popular with older generations was an instant favorite of the youth in the 1950s. You couldn’t go wrong with a classic T when sporting a cool rockabilly look in the 50s. 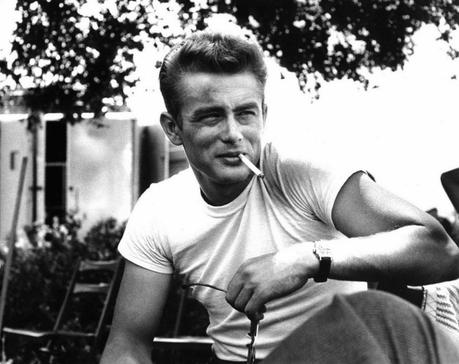 In the 1950s, the need for suspenders to keep your pants up was finally a way of the past. With the sleek, close-fitting waistlines, men could instead rely on traditional belts to keep their pants from sagging.

Men’s pants in the 1950s fell in line with the same variety as the popular sports coat. There were many different colors and textures to choose from, allowing men to mix and match the different styles to achieve their preferred look.

Slacks in the 1950s were sleek and often made of polyester, light wool, or linen fabric. Slacks were made with a zip front closure with a button top like many slacks today. Unlike previous years, the slacks in the 1950s didn’t have any pleats; instead, they had a single crease pressed down the front to create an illusion of height. 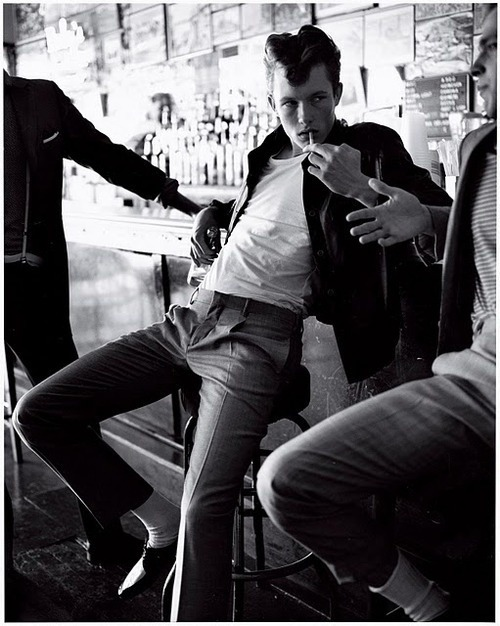 Hem-lines didn’t just move upward for women; in the 1950s, shorts for men became extremely popular, with the popularity of loungewear increasing during down-times.

Hardly worn without knee-high socks in patterns such as argyle, men’s shorts weren’t just for the beach anymore. Men started wearing them to lounge in the house or to go out on the town with friends and family.

The most popular style of men’s shorts in the 1950s was a walking short, now known as Bermuda shorts. These shorts could be found in solid colors or plaid and were usually made in linen, cotton, and flannel. 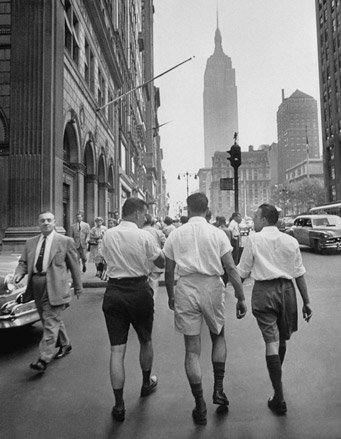 Sweaters became a staple in every man’s wardrobes due to the casual nature of the times. From V-neck sweater vests to pullover sweaters, there were many different styles for men to choose from. But, there is none so iconically 50s as the traditional button-up cardigan layered over a collared shirt and tie. 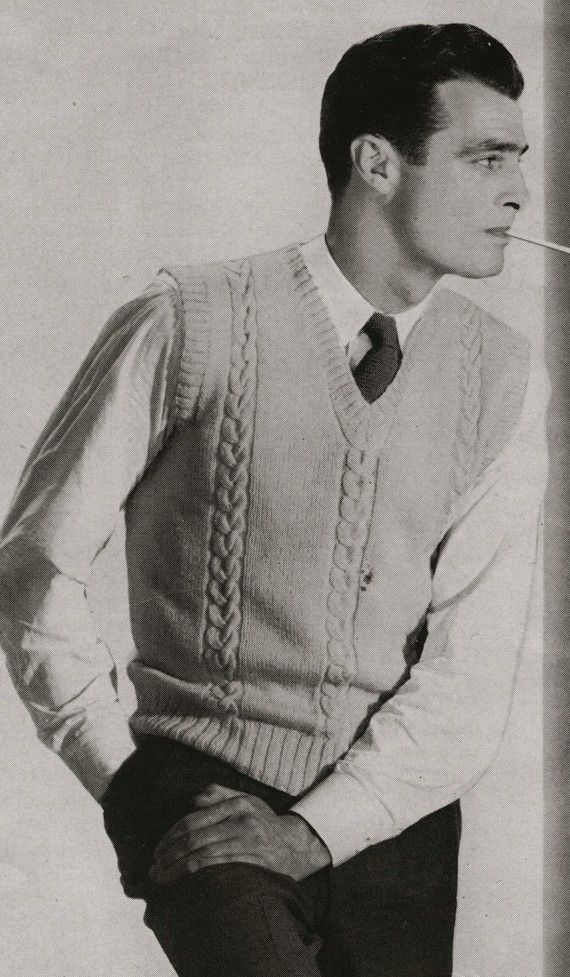 Jackets and coats took a casual turn in the 1950s, much like every other piece of fashion necessity.

Men could be found wearing raincoats and long formal coats during the day while at work, but they would transition to shorter jacket styles for their every-day look outside of the office. Some of the most popular styles were the bush jacket, Mackinaw style jacket, and the Bomber jacket.

Leather Bomber jackets were also popular with the younger generations, namely greasers, who flocked to a more rebellious style. 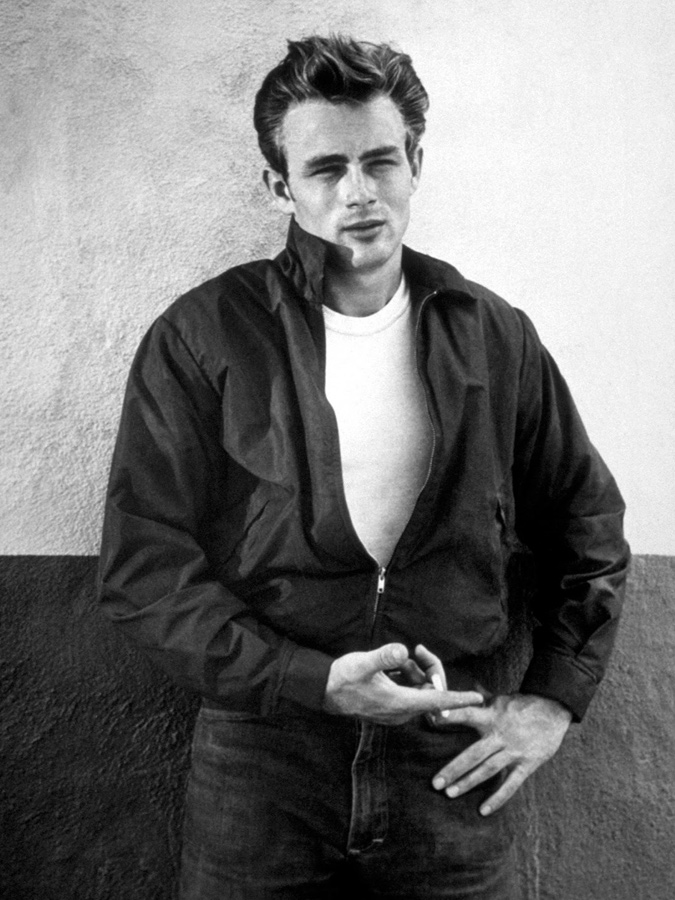 In the 1950s, there was a mixture of both casual and business when it came to footwear. Many casual styles were slip-on options, such as the penny loafer and moccasin, while the lace-up oxford still remained a popular choice for business and even casual-wear. 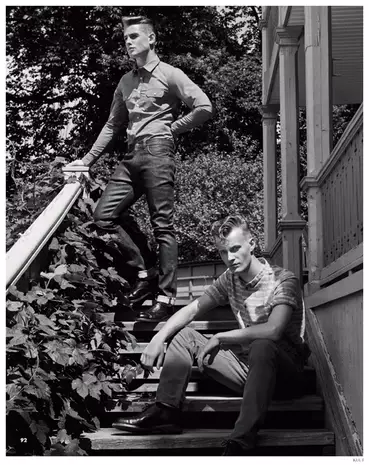 While men didn’t tend to accessorize nearly as much as women in the 1950s, hats were a great accessory to pull any look together.

The more traditional fedora, porkpie, walking hat, and Panama hats were all great for a business look, while caps made of tweed, wool, or silk, and straw hats took over the scene for a more casual look.

Many hats were also embellished with printed hatbands, allowing men to express themselves with a little pop of color. 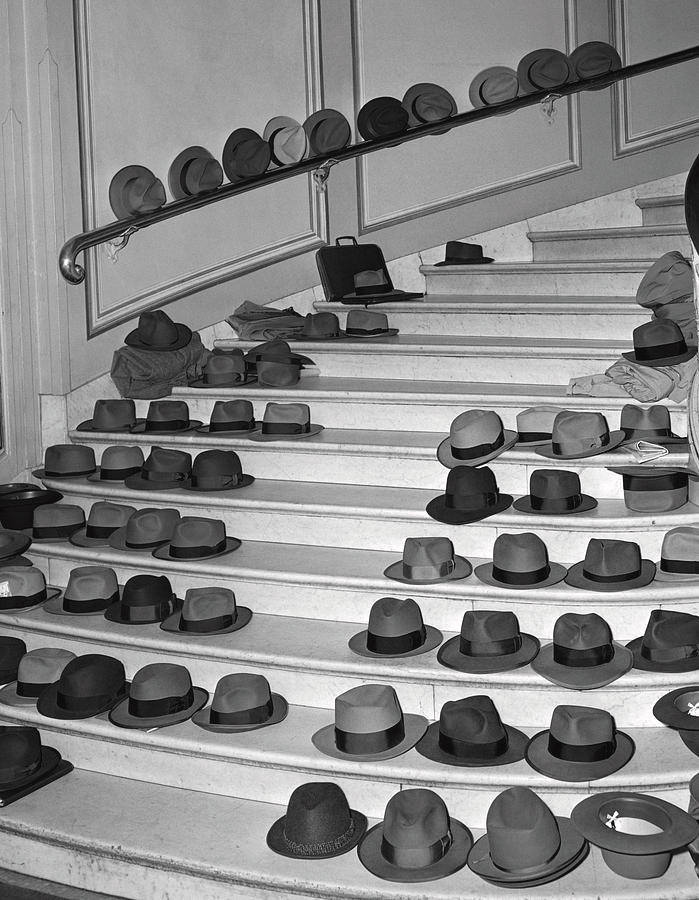 When creating the perfect 1950s inspired look for your wardrobe, it is important to look for key elements that suit your personal preferences. The 1950s were full of variety that allowed men to express themselves in ways that men weren’t able to do in decades past.

You can easily create a cool-casual for the summer by pairing a cardigan, graphic t-shirt, and shorts together for your outing. If you have a special event coming up, try a cool sports coat over a button-up shirt, a pair of sleek grey slacks, and a matching fedora for some flare. 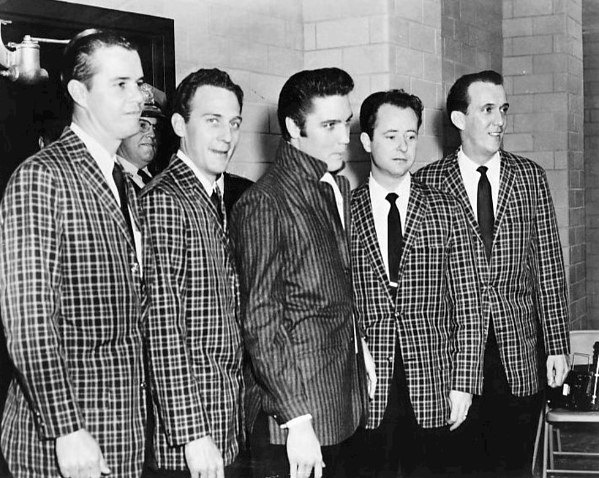 Whether you are looking to create a 1950s rockabilly look or a business-casual look for a special occasion, creating a 1950s inspired look for men is extremely easy to do by mixing and matching the popular fashion trends of the 50s.

What are your favorite men’s fashion trends of the 1950s?

What Clothing Did Men Wear In the 1930s?