Retro Footwear: The Most Popular Styles Of the 1970s 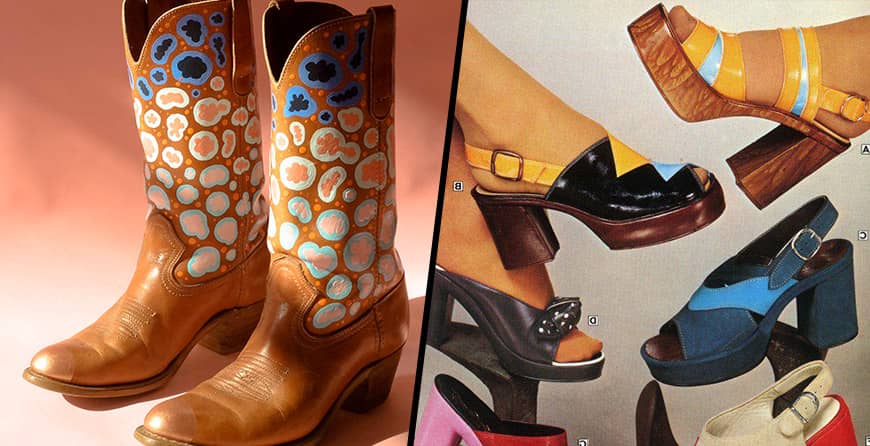 We all know a pair of great shoes can make an outfit, and choosing a funky retro style is a great way to make a statement. And why not choose the more swinging decade of all? The 1970s were a great time for fashion, filled bold statements, and relaxed vibes. Let’s take a look at some of the top footwear trends that truly made the 70s memorable!

A Decade of Anything Goes 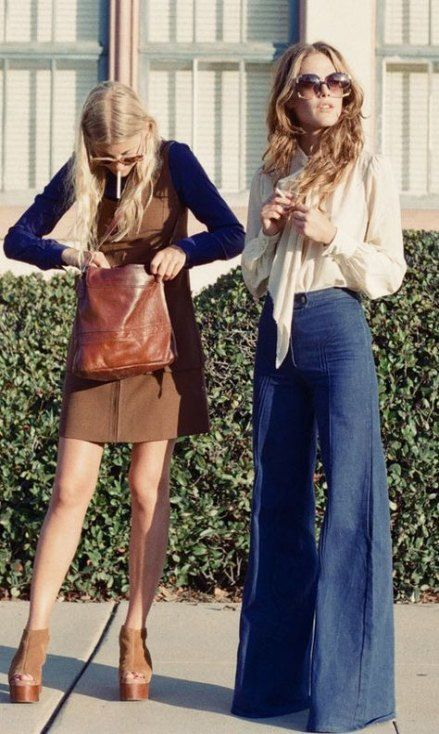 The 1970s were a turning point in American culture. The “Summer of Love” in 1967 was over, but it made a lasting impact. The uptight attitude of social norms was over, and individual freedom of expression was being celebrated in schools, living rooms - and even bedrooms.

Women were free to wear less, men were free to be funky, and everyone was “Free to be you and me”. The icons of the era like Elton John and Cher were over-the-top, glamorous, and deeply themselves.

This translated into everyday fashion as well. Trends were made to be tried, and new synthetic fabrics like polyester ensured the new styles were within everyone’s budget. For footwear, velcro, plastic, foam and faux leather were all up for experimentation, 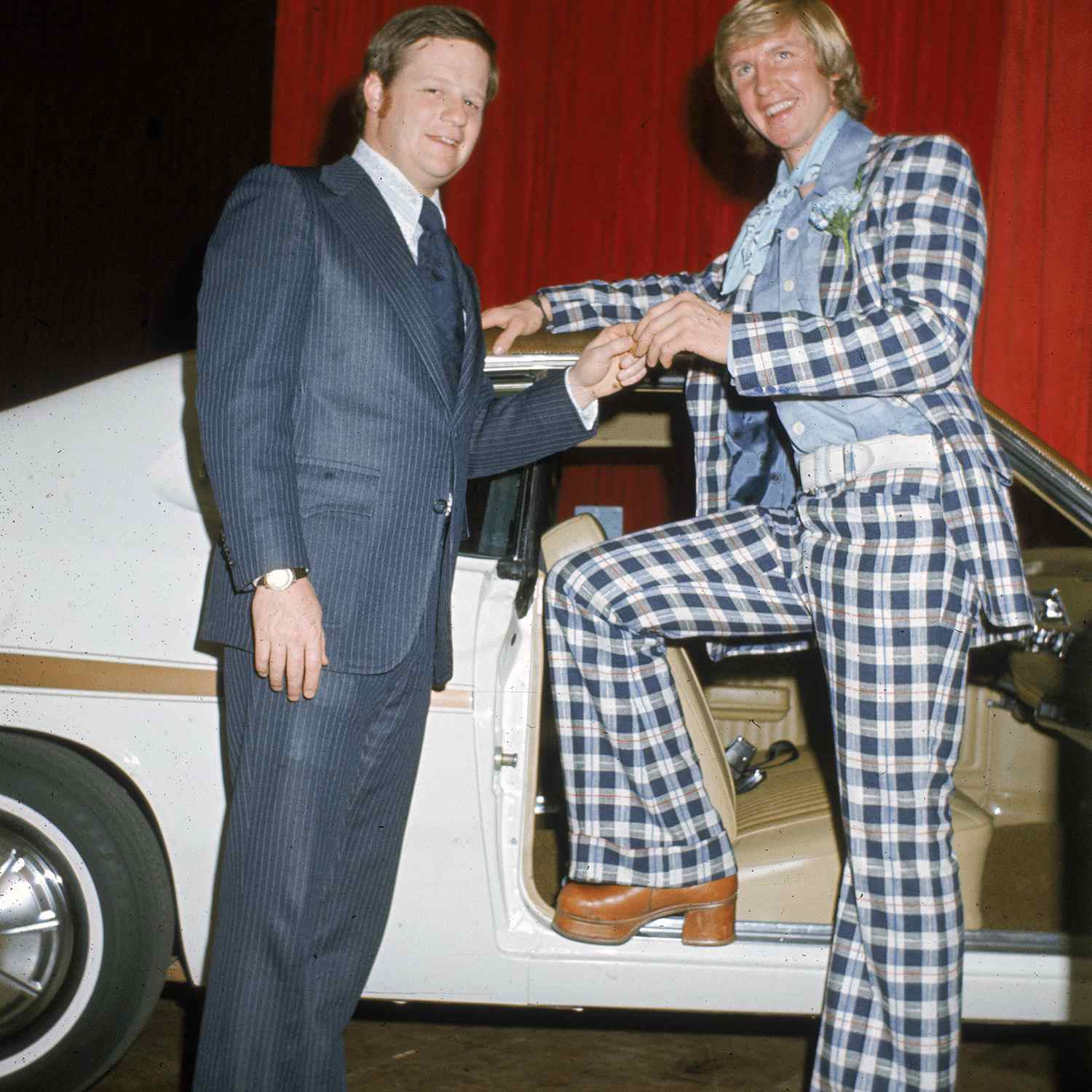 The biggest change from the 60s to the 70s in fashion is that gender norms were thrown out the window. Thanks to the sexual revolution of the 60s, people started to see sex outside marriage as ok, or even desirable. The invention of birth control pills in 1960 certainly helped this along! This meant by the 70s people all across America were talking about, and experimenting, with sex more openly.

This translated to trends being over-the-top sexy, and gender standards of dressing being blurred. Men were wearing bright colors, tight shirts, and even heels! The biggest trend in footwear for men in the 70s were heels for men.

John Travolta in Saturday Night Fever helps set this trend, and it was all about being sexy on the dancefloor! By the end of the 70s, it was perfectly normal to see men wearing heeled shoes - even low heels in the office as dress shoes. Rock on!

The Rise of the Platform 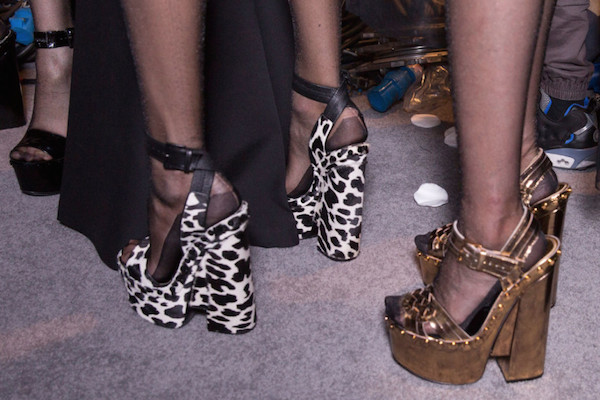 This brings us to our first major footwear trend of the 70s - the platform shoe. This was the preferred style for both men and women, featuring a thick wooden or plastic sole (as much as 4 inches!) and a chunky heel.

While platform styles had been around since ancient times to avoid water, they didn't take off in American fashion until they started being seen on the dancefloor and the stage. In 1972, at 219 Bowery in Manhattan, Carole Basetta developed a special mold for making platform shoes for stars such as David Bowie and David Johanson of the New York Dolls. The idea was that wearing heels was counter-cultural for men, and was meant to shock and awe audiences.

The trend caught on. The most popular style of the 1970s used wood or cork base with a simple quarter-strap sandal with tan leather straps, on a beige suede-wrapped cork wedge-heel platform sole.

These Boots are Made for Walking 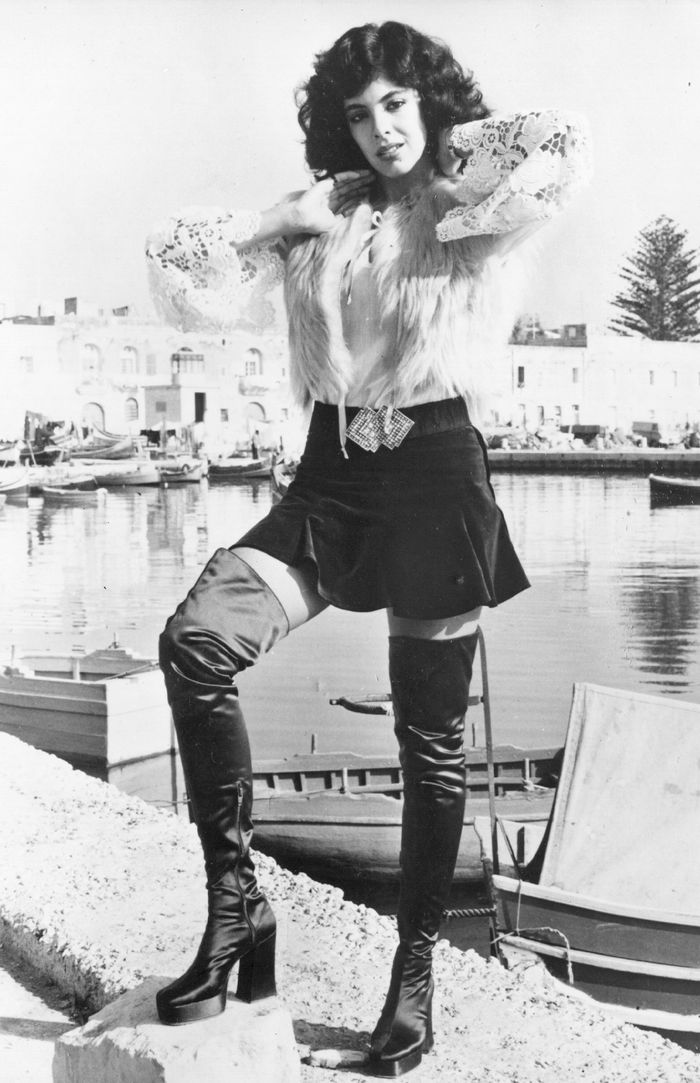 As the trend progressed, the platform heel was added to lots of shoes, including ultra-tall, knee-high boot. Platform boots became wildly popular. Rooted in sex appeal, these boots were designed to be worn with miniskirts.

The contrast between the high, chunky heel and the tall boot made these a real statement piece. Glitter and embroidery were given lots of space to shine, and rock stars like Cher made these a staple of edgy eveningwear. The style also epitomized the “more is more” aesthetic of the 70s. 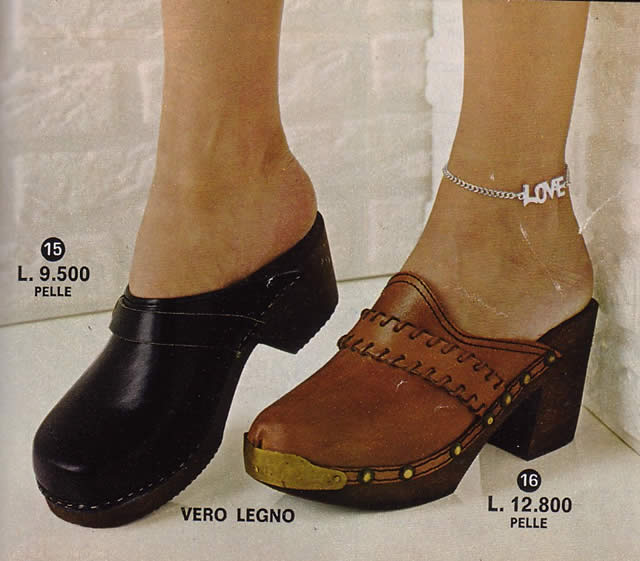 On the opposite side of platform boots were clogs. These simple shoes were defined by their chunky wooden heel and simple leather top. Originally peasant shoes from Scandinavia clogs found their way to the fashion forefront after the “back to the earth” movement of the 60s made these slip-on shoes an easy choice.

Clogs were usually worn with bell-bottoms or a peasant dress, and most often without socks. Clogs also often incorporated the platform heel trend. Men even got in the game, rocking clogs for a laid back look! 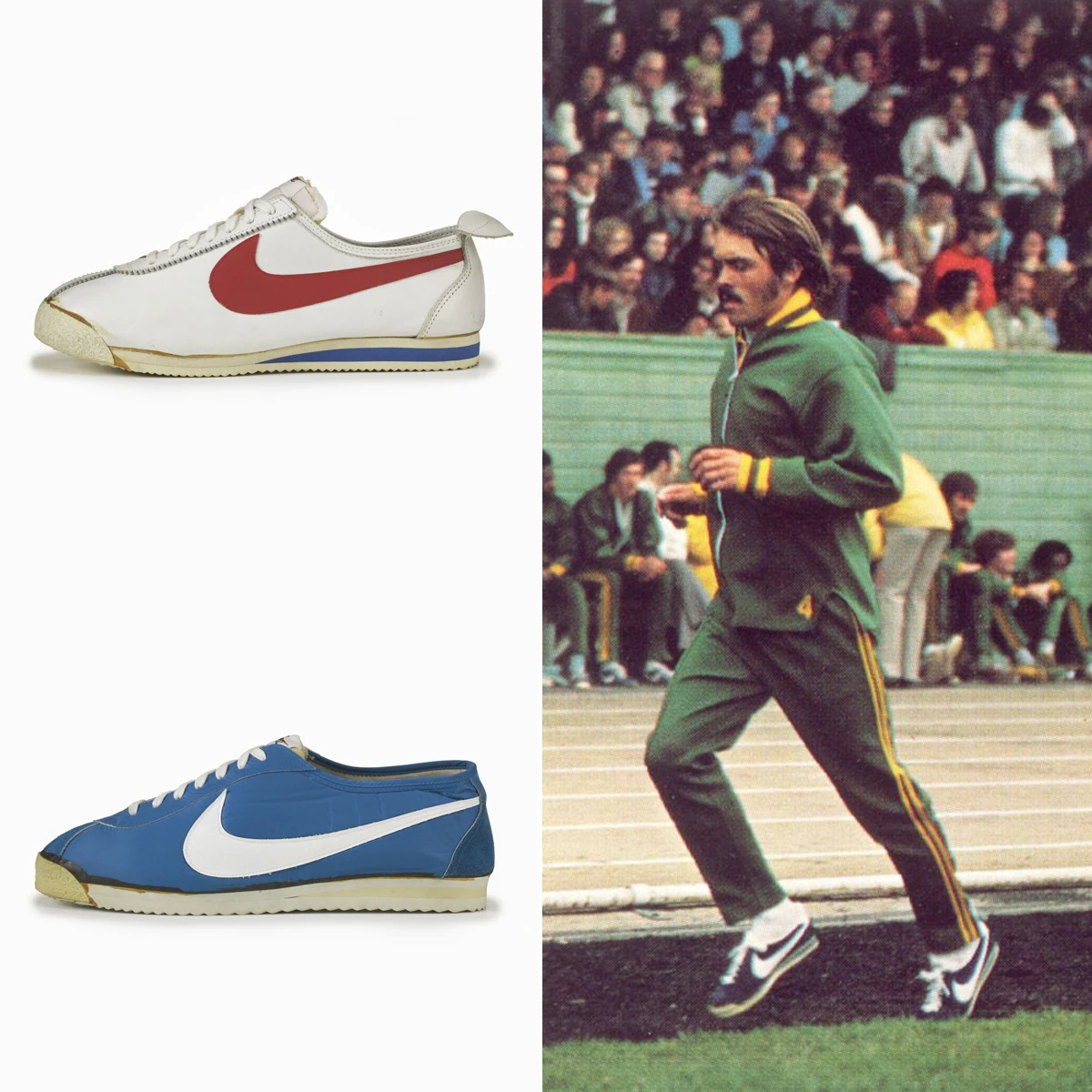 Athletic wear was all the rage in the 70s. This came as a direct result of more televised sporting events that were televised than ever before. Bruce Jenner’s success as a track star in the televised 1972 Summer Olympics led to a spike in track styles and they stayed popular when he went on to take the gold medal in the Montreal

Running and track styles were especially popular. For the first time in history, sneakers were being worn as a fashionable everyday style for adults rather than just being worn at the gym. Sneakers were perfect to pair with a more athletic styled outfit, even if all you were doing was running to the grocery store. 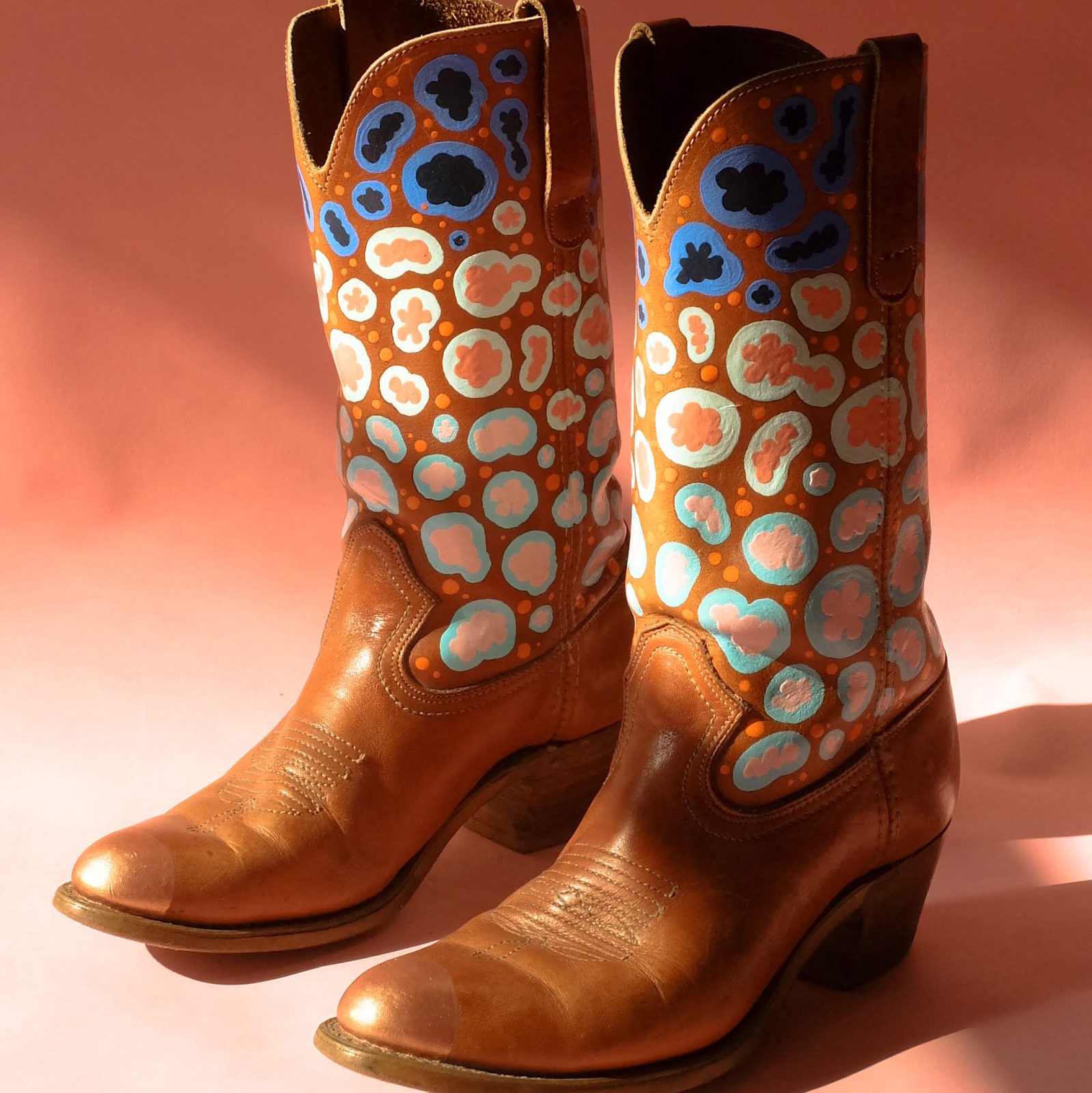 By the end of the 70s, American was going through a full-fledged country revival. Acts like Kenny Rogers and Dolly Parton, crossed-over from the country into the mainstream, and were turning out one pop hit after another. Then in 1978, the TV show Dallas became a smash hit, cementing the trend. The country-style was everywhere! People were even wearing full country get-ups - including cowboy hats - to the office! The country trend that worked its way into footwear with - you guessed it - cowboy boots!

Cowboy boots were popular with both men and women, and you didn’t have to ride a horse to rock them. Cowboy boots were versatile - you could wear them with bell bottoms, jumpsuits, or even a mini skirt! The look stayed popular well into the 80s until Dallas went off the air. YE-haw! 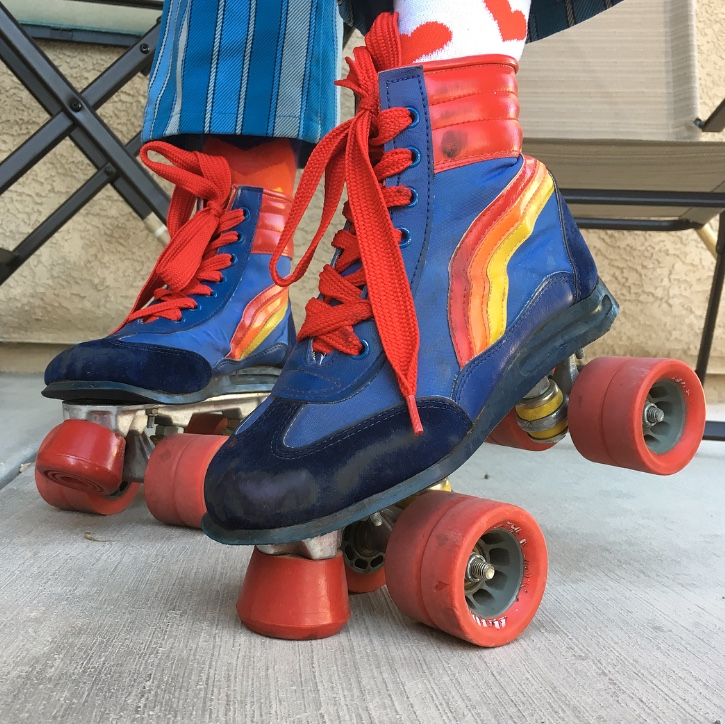 The final footwear trend wasn't really a shoe - it was a skate! You can't mention the 70s without giving a nod to the massive trend of the rollerskate. The late 80s saw skates slide into pop culture in a big way on the silver screen, first with Rollerball in 1979, then Linda Blair rocked them in the 1979 film Roller Boogie, and finally, Olivia Newton-John skated around in 1980's Xanadu.

The result was that skating parties abounded, and the on-trend thing to do was get in on the action! Rollerskates came in a lot of colors to match different outfits and were embroidered with cute designs. While not for everyday wear, there were plenty of 70s folks taking these for a spin!

As you can see, the 1970s were all about having fun and expressing yourself. So why not break out a pair of track sneakers, slip into some platforms or hop on four wheels of your own? Retro footwear from the 70s is sure to bring some funk into your life - or at least a smile to your face!