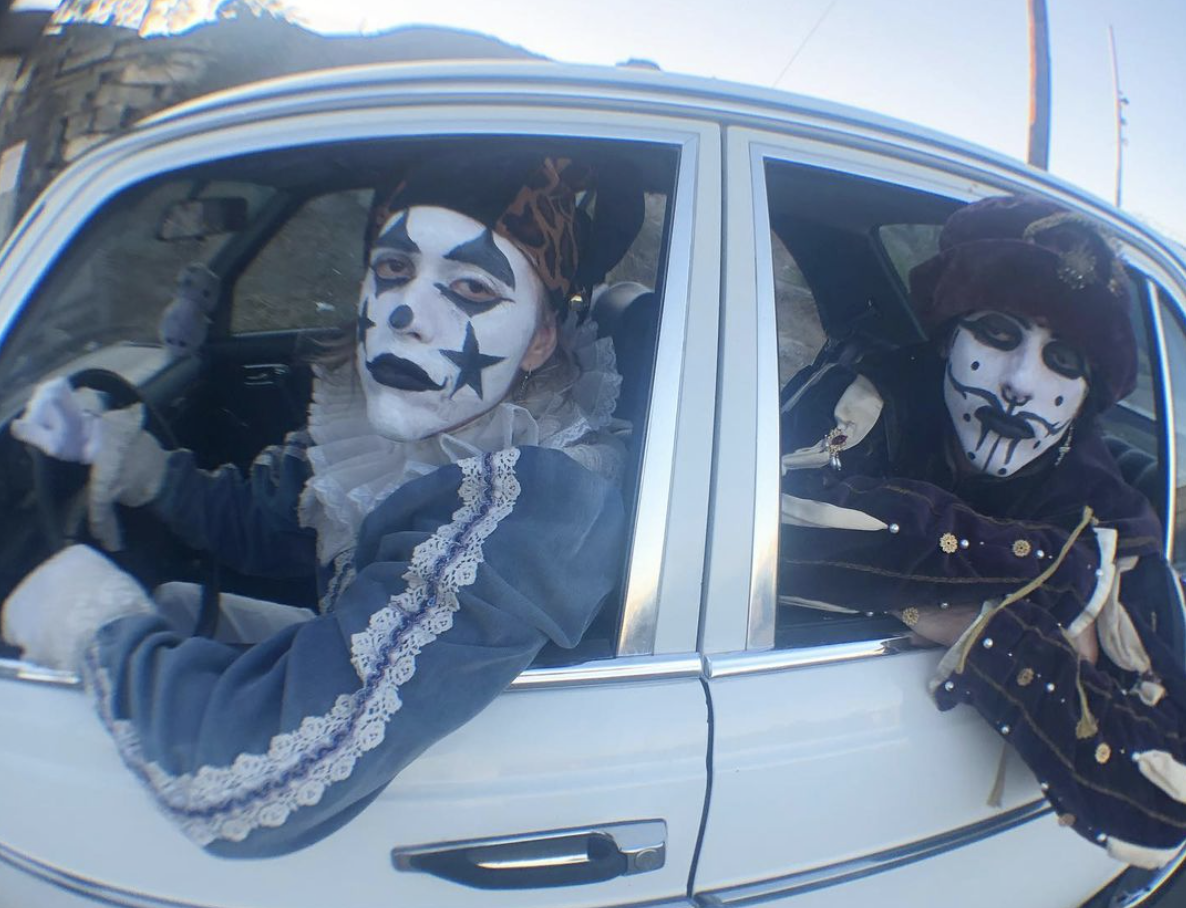 At one point in your life, you probably heard the line “you look like a clown” whether it’s directed to you or someone else. Who said dressing like a clown is a bad thing? Who made that social stigma?

In recent years, the tables have turned and dressing like a clown has been the “in” thing. Face tattoos, rainbow makeup, and color-contrasting outfits are not reserved for Halloween only; looking like a clown year-round is a niche trend that’s also known as “clowncore”. If you don’t already know what it is, then stick around. We’ll cover everything from how it came about and what this aesthetic stands for to ways you can style clowncore yourself!

What is Clowncore — A Brief History

We all know clowns have existed since the 1800s and for some of us, they’re the main character of our nightmares. The chalky white faces and red round noses with exaggerated smiles went from the kid’s birthday party balloon maker and a circus act to horror movie themes.

Don’t worry, that’s not what clowncore is about. This aesthetic began as a beauty trend on Instagram back in 2018.

Actually, we can go back a few more years to when techno music queens, Olivia Galov and Abby Fiscus, launched a sad clown theme party series in 2015 at one of New York’s biggest nightlife spots called Happyfun Hideaway. During the party, they offered free drinks to anyone who came in a full sad clown look or was okay with having a pie thrown in their face.

This event was significant to the blowout of clown mania; dressing up as a clown gave the attendees a sense of escapism while being able to channel a different self with a different face.

A band called The Garden, consisting of twins Fletcher and Wyatt Shears, were also rocking the jester make-up and costume during their performances and album covers back then. They said, “we always admired the jester, whether it was displayed as medieval entertainment or otherwise. It’s just always been a vibe we could identify ourselves with.”

The US election back in 2016 was also a primary factor that hyped up the clowncore aesthetic even more in the underground scene as a way of rioting against the people.

Recently, clowncore began booming not only on Instagram but also on TikTok. Currently, the video-sharing social networking app has over 80 million views at the time of writing and it seems like the progression of this aesthetic clothing is dramatically increasing.

TikTokers like @kasperklown are fully dedicated to producing clowncore-based content sharing that they feel more confident in their full-blown clown makeup and attire. And they’re not the only ones, there are tons of people just like them who are as equally dedicated and loyal to this community.

Source: @scarrabaeidae on Instagram
Why are there so many people in the clowncore community; surely the aesthetic alone is not the reason. True enough, clowncore is more than just rainbow hair, makeup, and attire. The sad clown image is more of a way to sarcastically project happiness and laughter to bring attention to sensitive topics like anxiety, depression, and drug use culture.

There have been projects from way back; one in 2007 by a hip-hop duo called Atmosphere, who released an EP called Sad Clown Bad Summer 9 that incorporated this aesthetic and belief. A viral documentary in 2011 called American Juggalo was released to help raise awareness about the hip hop duo Insane Clown Posse’s fanbase — that they’re approachable and friendly despite their pre-existing reputation.

On the other hand of the spectrum, clowncore is more appealing to the LGBTQ community than any other. There’s this idea that there’s a bridge between being queer and being part of the alternative culture. Both are being treated and feeling like an outsider. Not only that, clowncore gives the opportunity for young queer people to experiment with their looks and play with colors in their makeup and attire without holding back. TikToker Kasper admits, “I feel like I look the most visibly queer when in clown because of the rainbow themes. I often describe myself as looking like a walking pride flag because of the colors.”

There’s also the idea that clowncore has no gender. There’s a blend of what’s typically femme and masc all together, depending on what the wearer chooses. TikToker Aneurcyst said, “clowns are just clowns. There’s no gender associated with them. It’s something fun that trans people like myself can relate to, especially after I have had my identity made a punchline or been straight-up attacked over. It’s liberating to dress up knowing the real clowns are the people who decide to stay ignorant or hateful.”

Whether it’s a channel to sarcastically project happiness or a means of expressing LGBTQ pride, one thing remains the same: the fashion. There are the typical suspects; exaggerated smile, rainbow colors everywhere, dramatic and circus-like makeup, highlighted nose, and clashing prints.

But the thing is, although it’s a very specific look, clowncore can be a pretty generic aesthetic. There’s no exact list of rules to follow because it’s mostly used as a way to express oneself, people go crazy. There are no two looks that will look the exact same because no two people are the exact same.

People are wearing neutral makeup but having rainbow hair, or neutral hair color with bombastic colored makeup. They can be wearing plain clothes but with a dramatic face, or a plain face with mix-matched printed clothes. A lot of the time, tons of colors are involved.

There is also the trend of combining clowncore with another alternative aesthetic the most common one is combining it with punk or metal styles. In this case, the colors are less extravagant and more monotonous, but despite that, you can still recognize it as being part of the clowncore aesthetic. That’s quite interesting, I must say.

And this alternative route of clowncore also helps those who have coulrophobia, which is a legitimate phobia of clowns. So if you have a fear of clowns but still want to try clowncore, do what a lot of people are doing: create unsettling looks using a darker palette which creates a whole different mood altogether.

While clowncore has only been on the rise in the past few years or so, the fashion world has caught onto it way in advance. In fact, legendary fashion designer Alexander McQueen presented a collection in Fall/Winter 2001 with a theme of depressed Victorian clowns. His carnival crashers were wearing designs that incorporated the jester print, laced tulle gowns, and deconstructed suits.

Gareth Pugh’s solo debut in 2006 was full of pompom updos, bombastic puffs, and elaborate silhouettes. Nothing really gets the crowd going than a noteworthy collection inspired by clowns.

The fashion designer John Galliano followed suit in 2015 when he returned to fashion, with a clown-inspired showcase. Models were decked in neon clown makeup. It wasn’t as dramatic as the previous two designers, but it still showed a continuous trend in the fashion world for a few years.

There have been other designers who took part in this clown mania including Givenchy, Moschino, and Jeremy Scott.

You know what they say; life is a joke, so why not parade it around like one? On the surface, clowncore might look ridiculous to some, but once you get to know it as we have, it has a deeper significance that thousands, if not millions, of people, have been practicing on the streets, in films, and on runways.

Will you give this hyping aesthetic a shot? Comment down below what part of clowncore you’re going to introduce to your own personal style!

Top 7 Aesthetics That You Should Know About