Best Goth Festivals Around The World

Festivals are one of the most awesome ways to celebrate the things that are important to you throughout the year. Festivals are a tradition as old as humanity - China's mid-autumn festival has been celebrated for 3,000 years and the Romans were celebrating Saturnalia with a week-long festival in 133 B.C., so it is clear that festivals have always been a popular pass time.

Luckily, 2019 has some really amazing festivals for honoring and embracing goth culture. Whether you're looking for music, costumes, or holiday celebrations, there is something for every goth to celebrate this year!

Creepycon - Dates To Be Announced

Held in Knoxville, TN, Creepycon is a celebration of all things horror. If you love scary movies, terrifying costumes, the occult, and other Gothic horror staples, you will have a great time at Creepycon!

The whole town gets into the fun, creating dozens of haunted houses, trails, escape rooms, and other creepy things for festival-goers to enjoy. If you think you would enjoy spending a few days immersed in the twisted psyche of humanity you'll want to pencil Creepycon into your schedule this year.

This Goth and Alternative Festival held in Whitby, England offers an amazing opportunity to really delve into the goth side of yourself. Not only will there be music, but they will also have a horror film festival, a Dark Days Market where you can buy all sorts of gothic clothing, jewelry, and other goth necessities, and a series of panel discussions such as 'Hammer Glamour: Women in Horror and Secrets of Dracula' presented by Dacre Stoker, the great grand-nephew of Bram Stoker himself.

This one is coming up soon, so if you are interested in going and you haven't yet purchased tickets you'll want to make sure to do that right away. Don't miss out on this fabulous festival!

A festival in Lepzig, Germany, Wave-Gotik-Treffen celebrates the Goth lifestyle through music. They have goth rock, darkwave, metal, death rock, and several other genres of music, including traditional Medieval music for people looking for something a little less hardcore.

They also have a number of other events with Gothic themes. You can check out art exhibits, stage productions, chamber orchestras, and other artistic takes on the theme. There will even be readings, lectures, and museum exhibits for people who want to celebrate their nerdy goth side. We've visited and reviewed WGT in past years, so you have it on good authority that this festival is worth your time.

Billed as an annual gothic bacchanal, the Lumous Gothic Festival held in Tampere, Finland is the northernmost goth celebration in the world. This 4-day festival features bands from around the world, including a number of local Finnish bands as well as goth groups from a number of other nations.

Keep in mind that the geographical location of this particular festival means the sun will be shining almost 24 hours a day, so you need to plan accordingly. Make sure you bring protection from the sun and maybe also a sleep mask so you can shut out the light when you are trying to rest. After all, a well-rested goth is a happy goth! 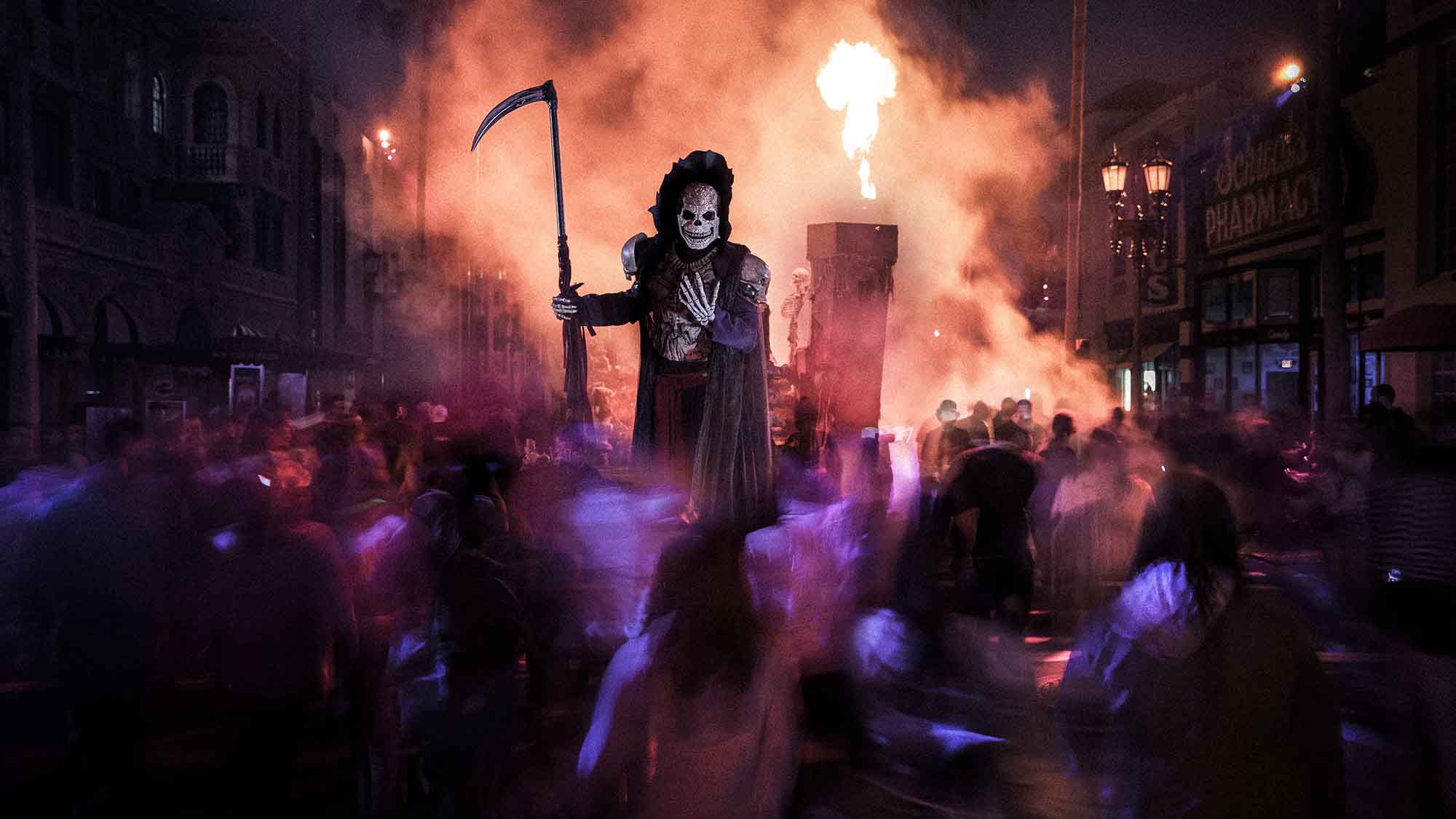 One of the biggest Halloween festivals in the country, Halloween Horror Nights at Universal Studios draws in people from all across the globe. Located in Orlando, Florida, the 8-week festival takes place in an amusement park, allowing you to visit haunted houses and be scared by ghouls and ghosts before climbing onto the Rip Ride Rockit and letting the thrilling experience of a roller coaster scare you in a whole different way.

The only downside to Halloween Horror Nights is that they don't allow costumes or masks, so you can't get dressed up for this particular festival. However, if you don't mind leaving the feathered wings and top hat at home this year, you'll find yourself immersed in a horror experience like nothing else you've ever seen before. 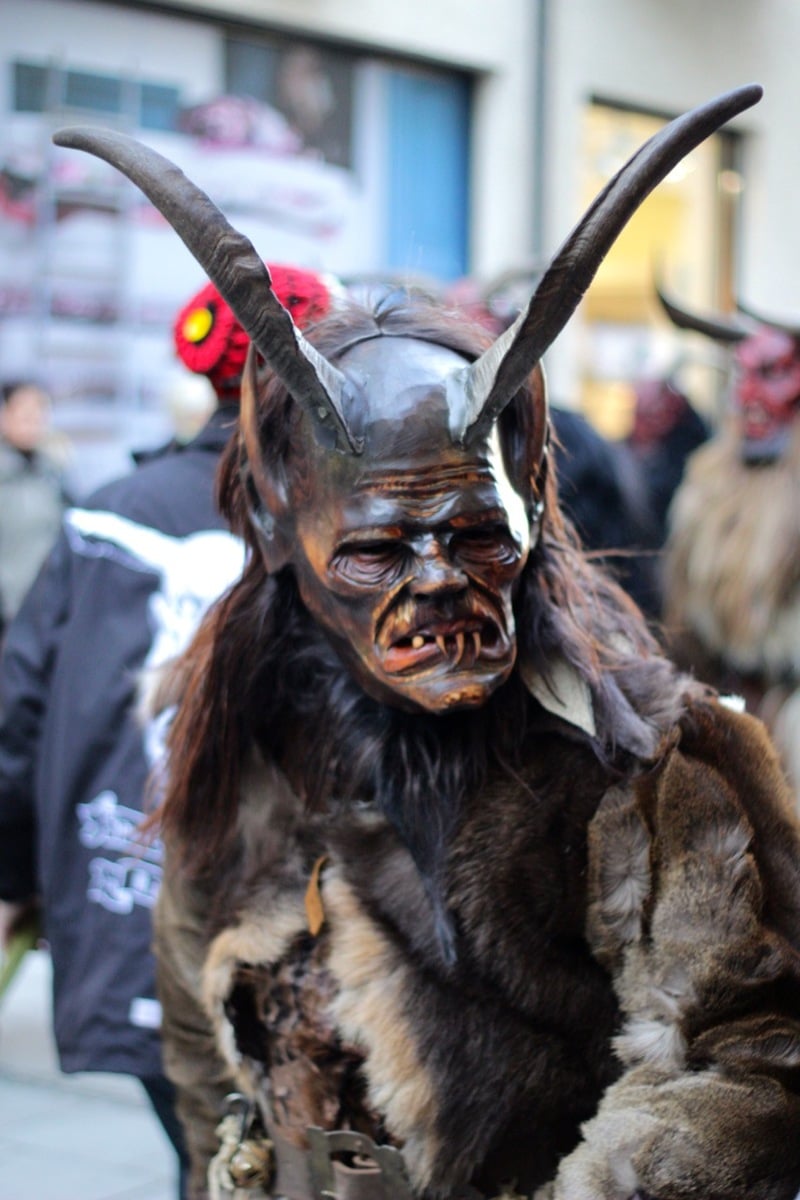 If you think Christmas was better in the old days, with ghost stories and tales of demons and monsters served up right alongside the turkey dinner, then you will definitely want to check out the Krampusnacht Festival in Klagenfurt, Austria!

Each year men dress up as Krampus and run through the town. Some of them are just embracing the spookier side of Christmas myths and legends, but others are celebrating a more pagan side of the holiday. Women often join the run dressed as the Germanic goddess Perchta, a frightening-looking deity who was known to slice open the bellies of people who defied cultural norms.

This particular festival doesn't have a musical line-up or movie monsters hiding around every corner, but it is an unbridled celebration of the dark side of things, and what more could you ask for in a festival?

There are a ton of amazing festivals happening this year!

Which ones will you be attending?

Wave Gotik Treffen - The Biggest Gothic Festival In The World