A mug of hot cider on a chilly fall day is pretty amazing. Apple picking and flannel shirts are pretty awesome, too. Getting dressed up in a fun costume and going to party is an excellent way to spend a cold October evening. There are dozens of wonderful things to do this time of year, but scary movies are without a doubt the best part of Halloween season.

There is nothing quite as entertaining as seeing a crazy monster wreak havoc on a group of unsuspecting people onscreen. Some film makers spend millions of dollars to design and build epic monsters that are beyond your wildest imagination while others stick a cheap mask on a serial killer and call it scary, and the greatest thing about horror films is that both are valid ways to build an incredible antagonist.

Whether the movie monster in question is a multimillion dollar creation or came off the rack at the dollar store it will almost always require some kind of special effects. Some of these effects are incredibly complex, requiring dozens of people using computer animation or designing complicated machinery to produce a scene. Others are just plain silly, like... 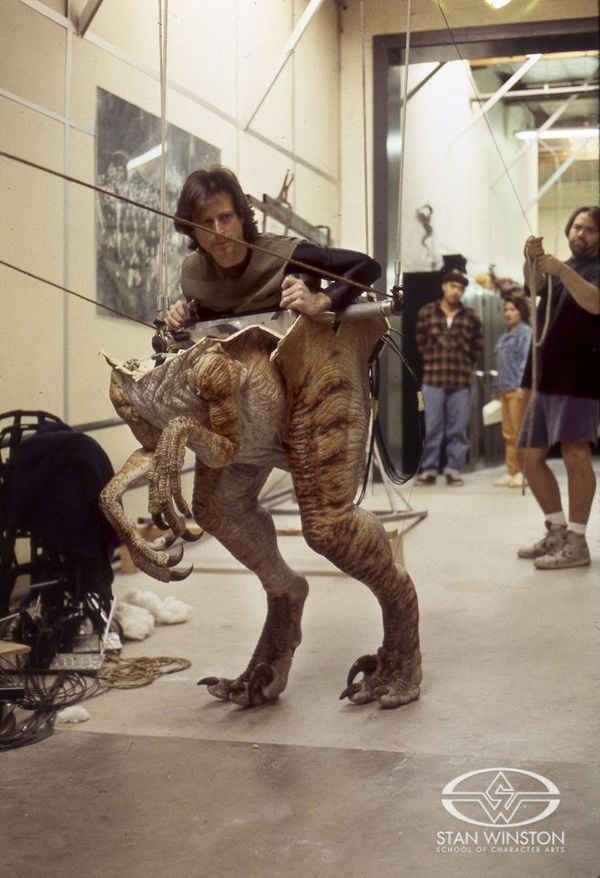 Jurassic Park may be an action movie by the strictest of definitions, but realistically it comes pretty close to being a horror film. Killer monsters? Check. People are picked off one by one until the core group make a daring escape to safety? Check. Made people scream in terror while watching it on the big screen? Check. Inspired Halloween costumes for an entire generation of people? Double check! 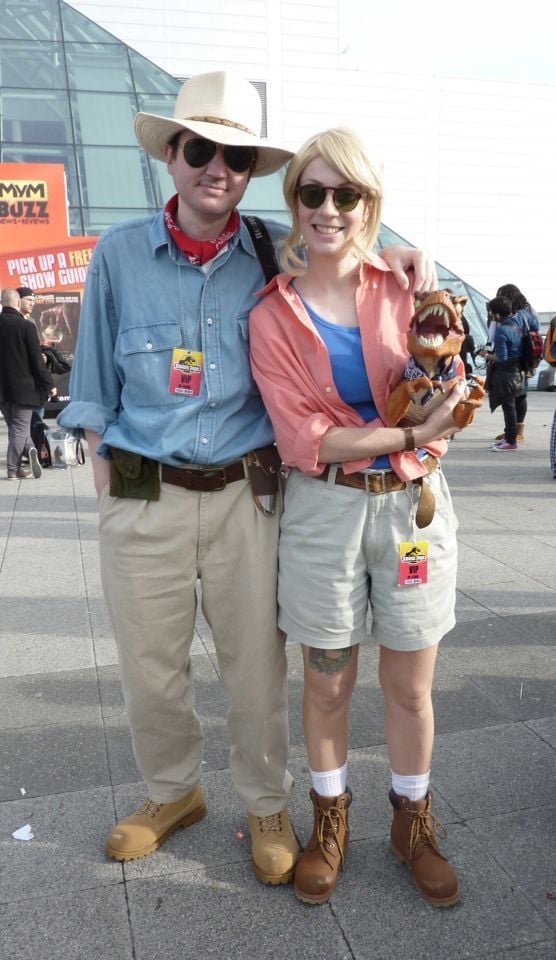 Whether you accept the idea of Jurassic Park as a scary movie or not, you have to admit that the moment you see the velociraptor's breath on the window is terror inducing. If that moment didn't get you then you certainly let out a gasp when you watched them figure out how to work a doorknob. The fear those children felt while trying to hide in that kitchen was palpable through the screen, which is pretty impressive considering how silly those men must have looked in their dinosaur costumes!

That's right, the velociraptors were just guys in suits. Clearly there was plenty of CGI and animatronic work done as well, but to have moving dinosaurs that could interact with humans many of the dinosaurs were puppets. The dilophosaurus attacking Nedry? That was also puppeteers. While they are clearly more complex than Kermit or Lambchop, those dinosaur puppets were scary enough to become the movie monsters that would define an entire generation. 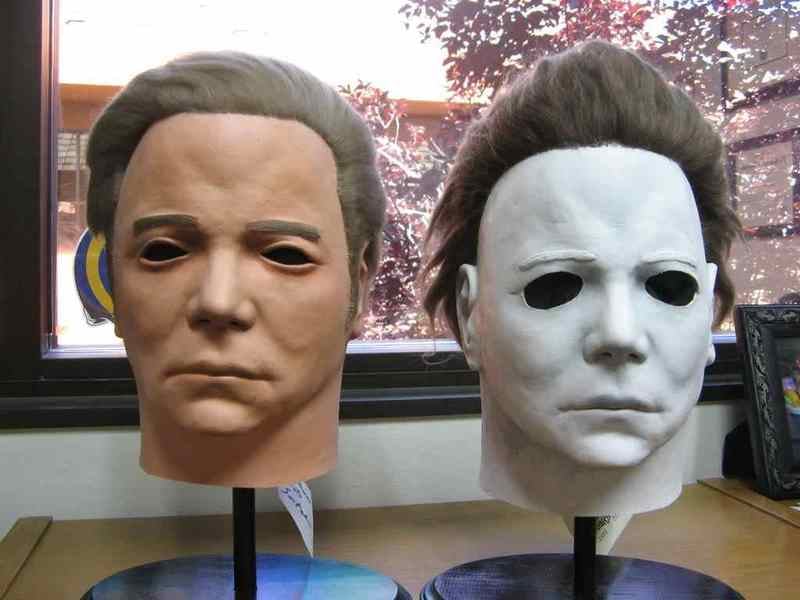 A masked serial killer is a horror movie mainstay for a reason - murderers are super scary and not being able to see their face is scarier still. If you add to that the fact that a simple masked killer is so much cheaper to create than a Cloverfield or Predator type of creature it is surprising that there are ever horror movies made about other types of monsters at all, really.

The director and prop designer for the movie Halloween needed to come up with something that would be worthy of frightening legendary scream-queen Jamie Lee Curtis. In the end they decided to turn to the final frontier for inspiration.

The mask worn by Michael Myers? That is a Captain Kirk mask that had been painted white. They widened the eye holes a bit and added holes to the ears to make it easier for the actor who had to wear it, but that mask is based on none other than William Shatner himself.

While this story has been floating around for years as an urban legend, Rick Sternbach verified this on his Facebook page while detailing a story about his work on Halloween 2018. The next time you are flipping through the channels and come across a young James T. Kirk just keep in mind that he was the creepiest thing they could find when searching for a mask scary enough for a serial killer. 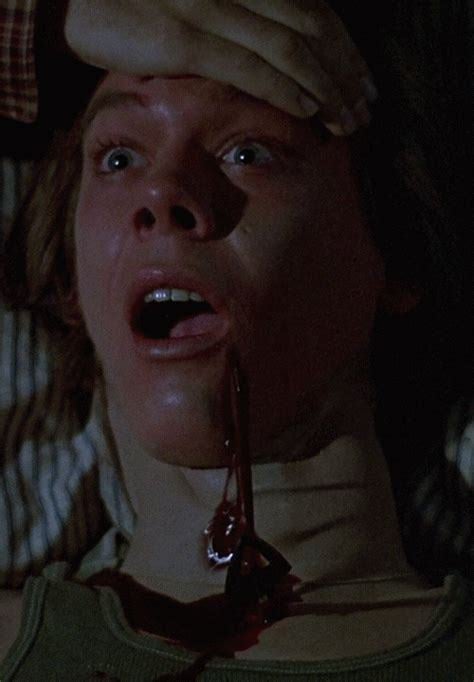 Friday the 13th was a movie that mastered the art of killing teenagers in weird and disturbing ways. Filming gruesome murders was basically the entirety of the movie, which is what makes it so surprising that Kevin Bacon's on-screen death was so simple.

Simple doesn't mean easy, of course, and setting up the scene was a tremendous amount of work, but in the end the prop department simply built a fake neck and torso to put under Kevin Bacon's head. When they ran him through with an arrow it wasn't anything as complex as CGI, just a dummy body and a fake blood spurt for the sake of realism.

The scene took hours to set up and left Kevin Bacon in an uncomfortable crouching position, but in the end the effect was nothing more than a dummy body in a fake bed. You could do this one yourself with some old bedding, a bunch of latex, fake blood, and a smartphone camera.

It doesn't matter if a special effect is very complex or incredibly simple, as long as it makes an audience jump or scream we will always come back for more! As technology gets better over time we may see ever more outlandish movie monsters, but there will always be a place for simple ways to scare the pants off of the audience.

What are your favorite horror movie scenes?

The 14+ Most Popular Vampires From TV And Movies