Updated And Reinvented: 1990s Lip Looks You Need to Try

The 1990s: a decade of thin eyebrows, chunky highlights and butterfly clips. Sure, some of the trends seem a bit terrifying to think about now but, overall, the makeup was on point (sans that crazy blue eyeshadow everyone went crazy for).

From lovely nudes to striking deep, dark hues, lipstick trends in the 1990s were lovely by mixing in the grunge trends with the flirtiness of bubblegum pop music. What better way to gauge the fads of the time than by cultural music, movie and television icons? We've gathered some of our favorite 90s ladies and updated it for you for 2017 complete with YouTube tutorials. 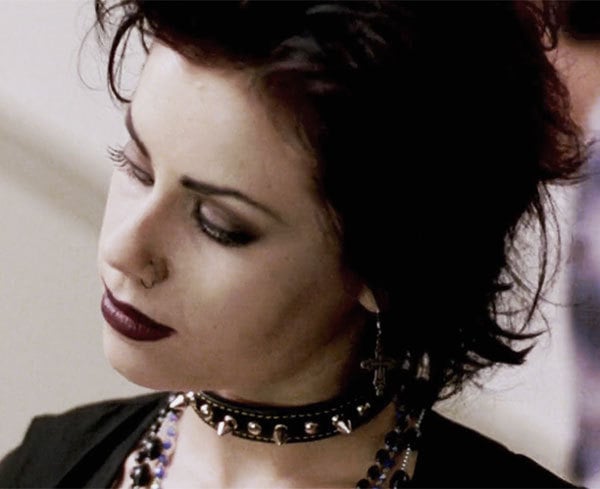 Honestly, how could we not start with Nancy? Her style is still an awesome mix of gothic, grunge and some delicious occult imagery thrown in for good measure. Her wine red lips are eye-catching and so gorgeous througout the entire film - they reflect her personality.

Though these dark, gothy shades are perfectly on trend now, adding a bit of glam to the look to amp it up is a new interpretation of the look? NikkieTutorials shows you how to do a glittery, glam dark lip that is both fierce and fun: 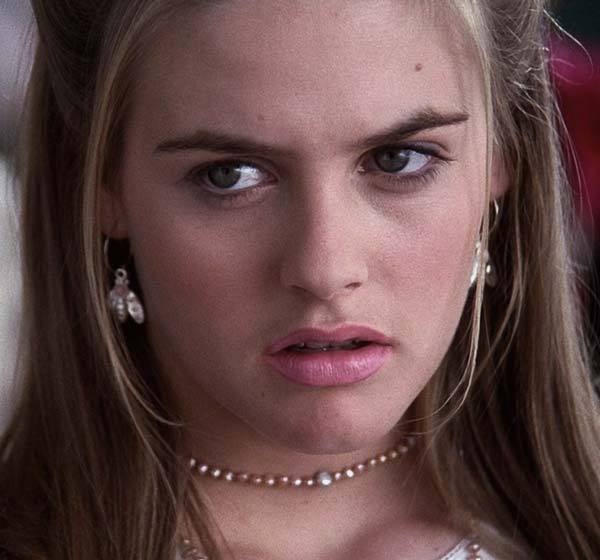 Alicia Silverstone's character in Clueless is cute, funny, ditzy and, most of all, fashionable. Her outfits were flirty and colorful, yet refined - she did have a whole computer program to help her decide what to wear, afterall. Makeup was just as important to Cher but was never too over-the-top: she tended to keep a fresh face with a small pop of color on her lips.

An updated form of lip liner would be the trend of overlining the lips so they appear larger à la Kylie Kardashian. You can watch MUA YouTuber Desi Perkins' tutorial here: 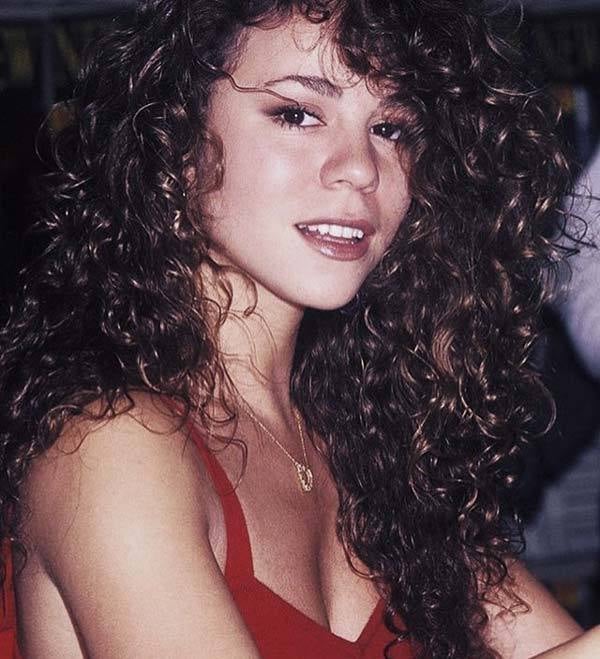 As the most famous singer of the 1990s, Mariah Carey's beautiful voice could be heard around the world with her chart-topping albums, duets and Christmas songs. Not only does she have a voice of gold, but she always took the route of dripping jewels and glitter - luxurious interpretations of her success and money.

With her makeup, Carey often wore bronzes and metallics that were reflective and bold. Jeffree Starr swatches and introduces the new collection from Wet N Wild named 'Midnight Mermaid' that contains liquid lipsticks in bold metallic shades (including a rose-bronze color): 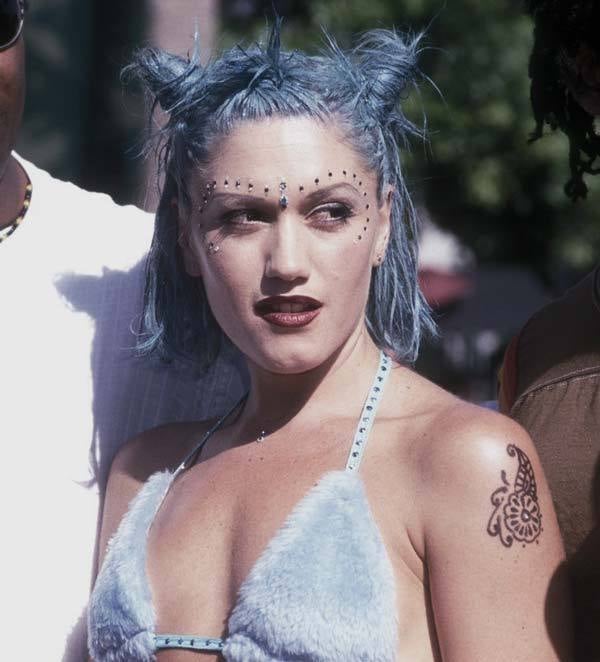 No Doubt's frontwoman was never afraid to be bold in her style choices, hair and makeup. And most of all, her stunning lip colors drew the attention of just about everyone by wearing stunning bright reds and deep, lush burgundies. A more updated version of this classic look is the ombre lip color.

There are so many beautiful tutorials on this trend with a darker outline blended into a lighter middle color - a gothy version of this would be black into a dark red. Andrea's Choice channel will lead you through the basics of ombre lips:

Angela Chase, My So Called Life 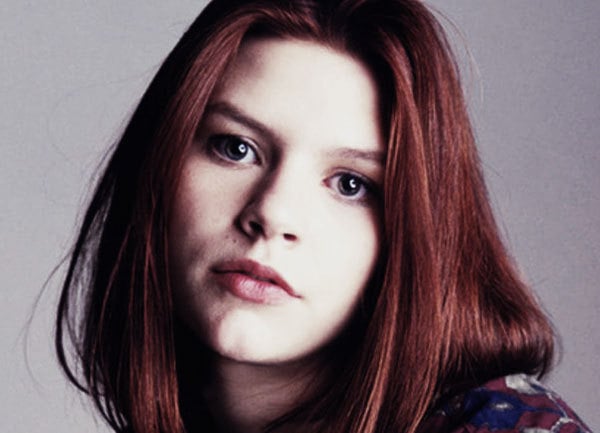 Claire Danes' character in the short-lived TV series was emotionally charged 15 year old who was trying to discover her identity. Not having time between her teen life tragedies (nor needing makeup with her youthful looks), Angela wore little to no lip product except perhaps a smidgen of a lip stain.

Soft and simple, lip stains are an easy way to add a bit of life to lips without drawing too much attention. An updated version of the lip stain would be the lip gradient trend that adds a bit more interest in that it looks kind of like you've had a popsicle or a lollipop. You can catch Sichen Makeupholic's lip gradient tutorials here: 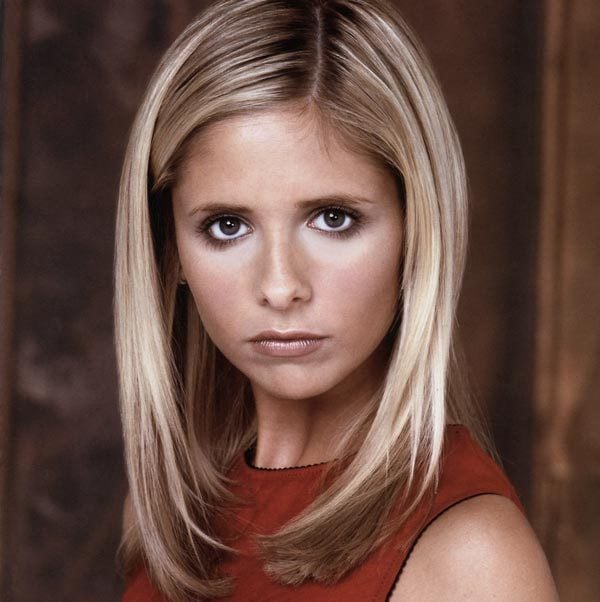 Finally, our favorite vamp slayer and lover had to make the list. Her nude lips remained one constant throught the series, sometimes a bit darker in shade, sometimes glossy - but it was almost always a neutral shade. Browns and nudes were a huge trend in the 1990s and have recently made a comeback with several makeup brands releasing lipstick lines of nude shades.

Lime Crime has a lipstick named Buffy, a beautiful pinky beige that looks modern but has Buffy's delightful, 1990s appeal. Amanda Nyugen's YouTube tutorial shows you how to get the perfect face with the Buffy shade:

What is your favorite lipstick trend from the 1990s? Comment below!

Grunge Fashion: Where Did It Come From And Why Is It Back?
How To Achieve The 90s Pearl Jam Look In Three Simple Steps
Top Fashion Styles From The 90s
Top 10 Alternative Style Icons Of The 90s
90s Dresses That Are Back In Style