"There is nothing new except what has been forgotten." - Rose Bertin

Fashion - like other key elements of important subcultures throughout the decades - always comes full circle. And one particular decade that never quite left the public consciousness is the 1960s.

The swinging 60s was responsible for spawning some pretty head-turning musical movements, fashion trends and style icons - and many of these looks, sounds and attitudes have stood the test of time.

As a nod to the swinging 60s and all it gave the world, we're going to look at some of the decade's most iconic and enduring looks - we're also going to provide you with a few top tips on how to sport them - enjoy. 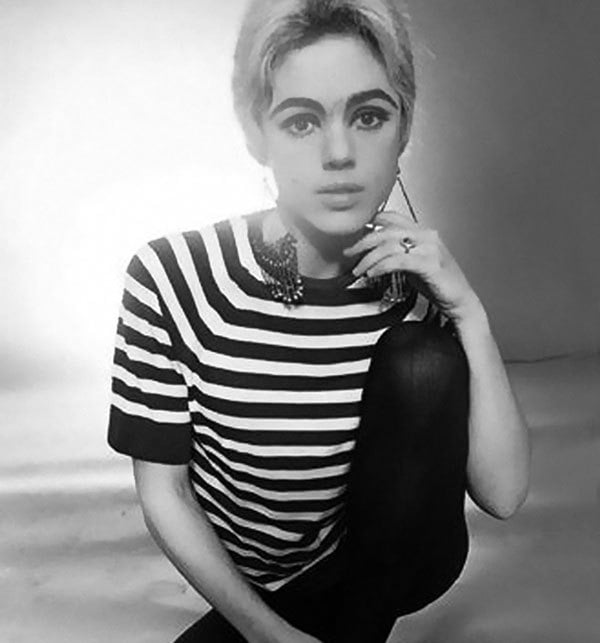 Unfortunately, we are living in the age of the IT girl or boy, with the likes of Paris Hilton and co flaunting their stuff at very high profile party imaginable. But, the 'wealthy socialite' is an age-old concept that became particularly glamorised in the 1960s.

It's said that rich New York socialite and muse of a certain Mr Andy Warhol, Edie Sedgwick, was the original IT girl and her good girl turned bad appearance fast became an iconic look in The Big Apple, and beyond.

Striking platinum hair, a liberal use of eyeliner, mini mod-style dresses or skirts, chandelier earrings and knee-length boots complete the wealthy 60s socialite or original IT girl look, an aesthetic that was sported by the likes of the late, great Amy Winehouse as well as modern alt icons like Juliette Lewis. 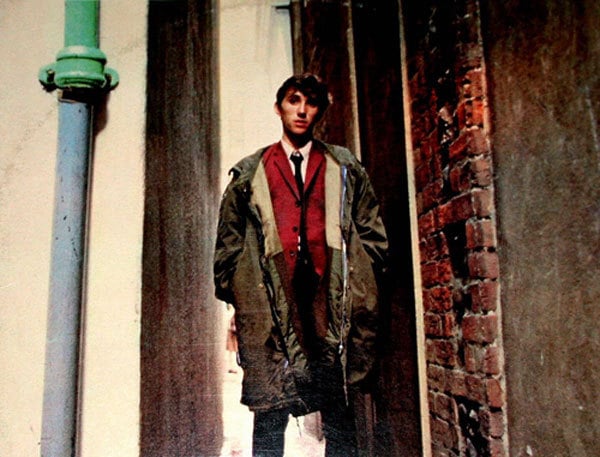 Despite this trend cropping up often, it would be wrong to talk about 60s trends and cultures without mentioning mod.

The modernist movement of the early 60s was one of the most visually striking of all of the decade's movements, both in terms of the fashion, the vehicles and the musical performances, coined by the likes of The Who, The Kingsmen and The Small Faces. 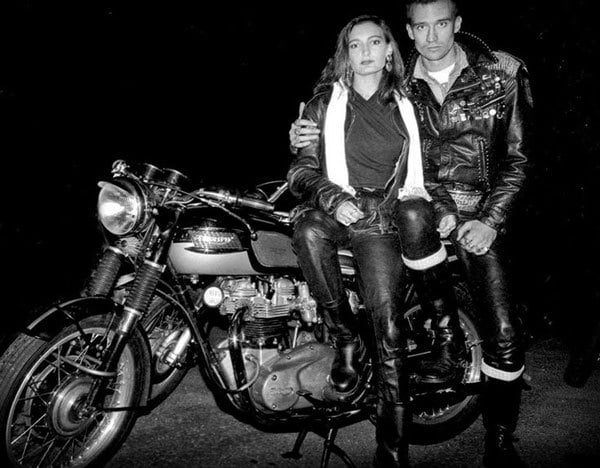 As the arch nemesis of the mod, the 1960s rocker movement emerged in the 1950s but ran well into the 1960s where it was immortalised.

In stark contrast to the mod, the rocker, or leather-boy, rode burly motorcycles and had a passion for rock and roll music rather than new age blues and R&B. The greased up leather-clad look of the rocker was heavily inspired by the rock and roll movement of the 1950s but evolved in the 1960s to become the classic aesthetic that people know and love today. Back then you could be a mod, or you could be a rocker, but not both. But, nowadays, people borrow elements from both subcultures to sport a contemporary hybrid look - and surprisingly, the styles merge quite well: 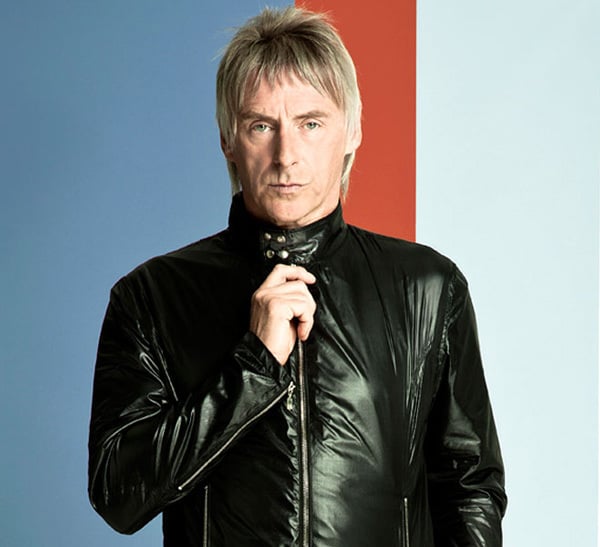 To get that proper rocker look, you'll need a leather biker jacket, a white silk scarf, a chunky pair of drainpipe jeans, some steel toecap boots or traditional DMs and if you really want to go all out, a leather cap clad with studs or chains. Elements of the rocker have been borrowed by a host of bands, celebrities, artists and fashion icons over the decades and this leather-lathered look is perhaps the most enduring of all 1960s styles. 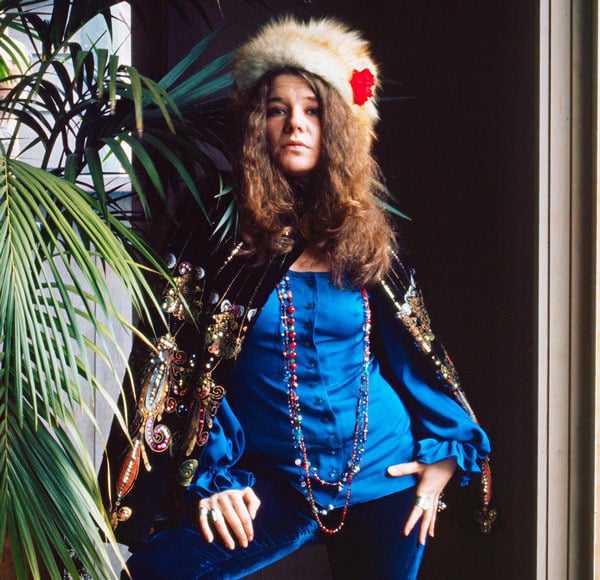 While the mods and the rockers reigned supreme in Britain, over in the United States, a slightly different movement began to take hold: the boho or 'hippie'.

Inspired by bands or artists including Janis Joplin, Jefferson Airplane, and the Grateful Dead, this quintessentially San Franciscan sound was fuelled by the free-living, free love philosophy - and this showed in the fashion.

Boho and hippie fashion crossed over into one big subculture and to get that authentically head-turning aesthetic, maxi dresses, ruffles, fringes, lace-up sandals, open-toed shoes, beads, patchwork, vests, peace signs, statement jewelry and of course, bell-bottoms are all essential. For men, in particular, loose shirts, rustic waistcoats, and headbands also make a striking addition to the look. Today's hippie or boho advocates include singers Joss Stone and Elle as well as psych-folk rockers, the Fleet Foxes.

Without a shadow of a doubt, the 1960s was one of the most stylish, memorable, game-changing, and timeless decades in history, influencing countless youths across the globe ever since the dawning of the 1970s, and beyond. Although many of these 1960s fashion trends are strikingly different, they all have one thing in common: the desire to be unique, to be bold and to stand out from the crowd in a positive, breathtaking and unmissable way. 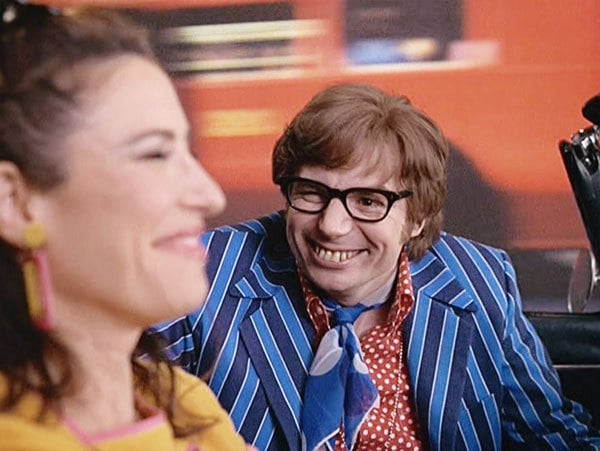 If you want to inject a little 1960s style into your wardrobe, try out one of these classic looks or take parts from each and create your own swinging style - one that turns heads and sets new trends among your peers.

If you have a favourite look for an updated 60s style - share it with us in the comments section!

7 Alternative Styles You Need To Try In 2017